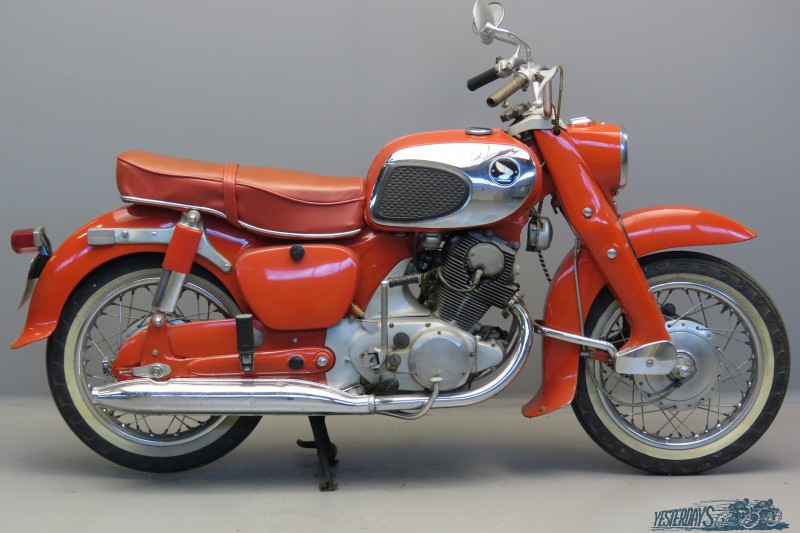 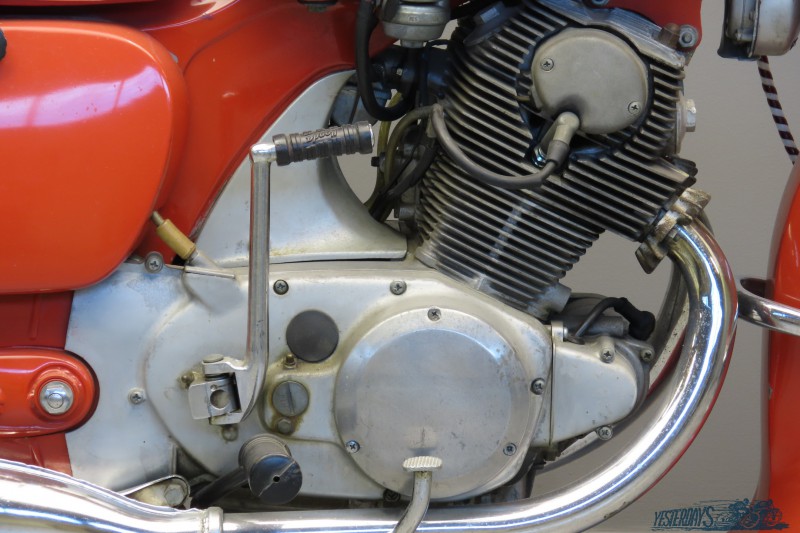 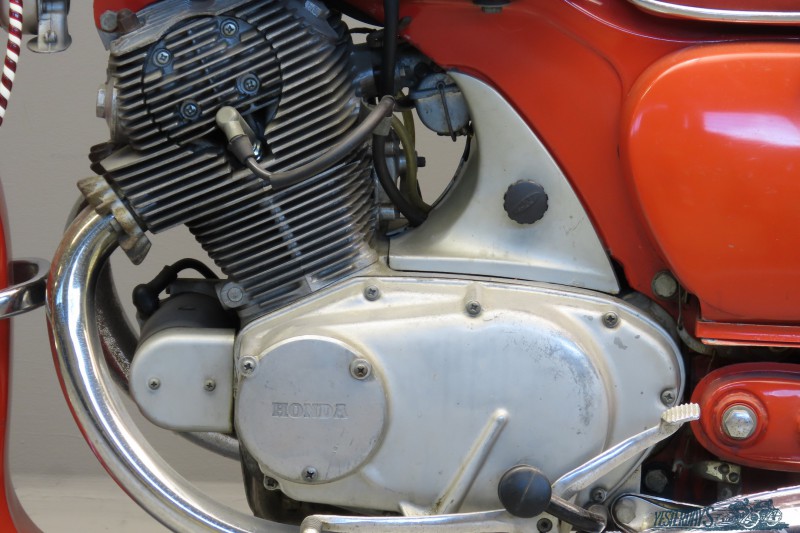 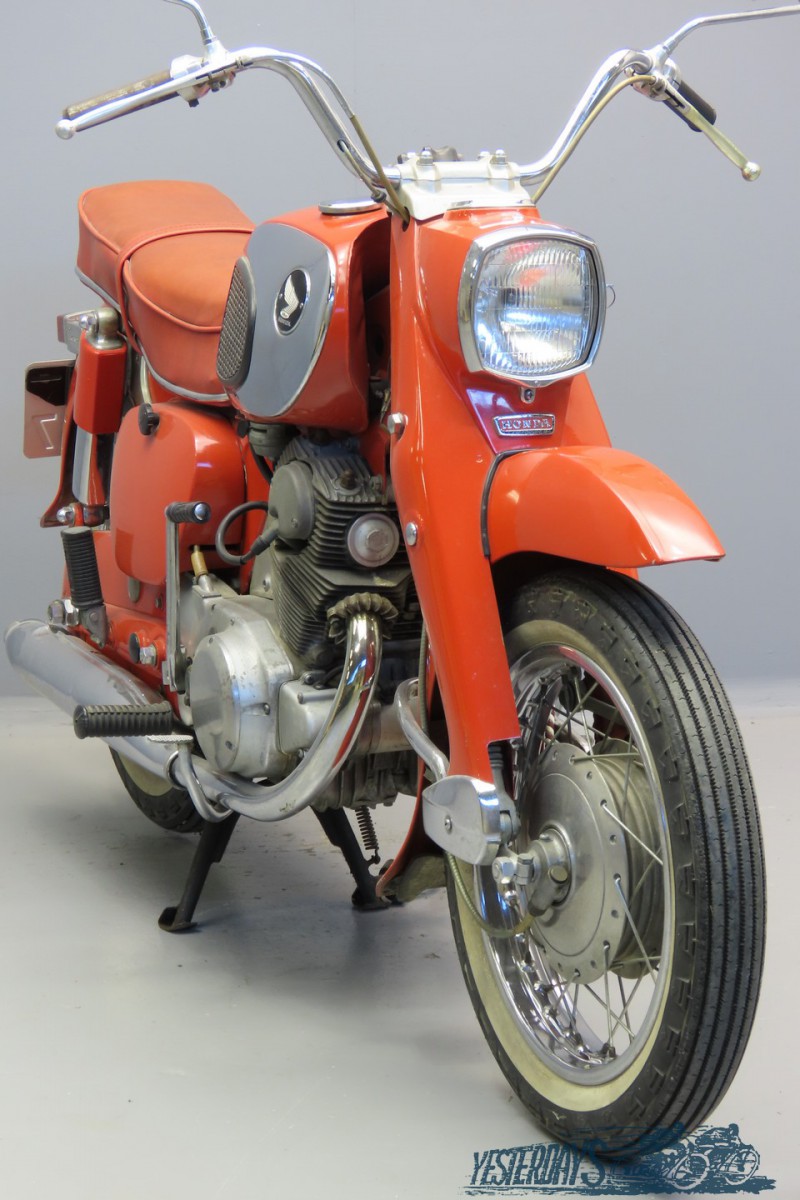 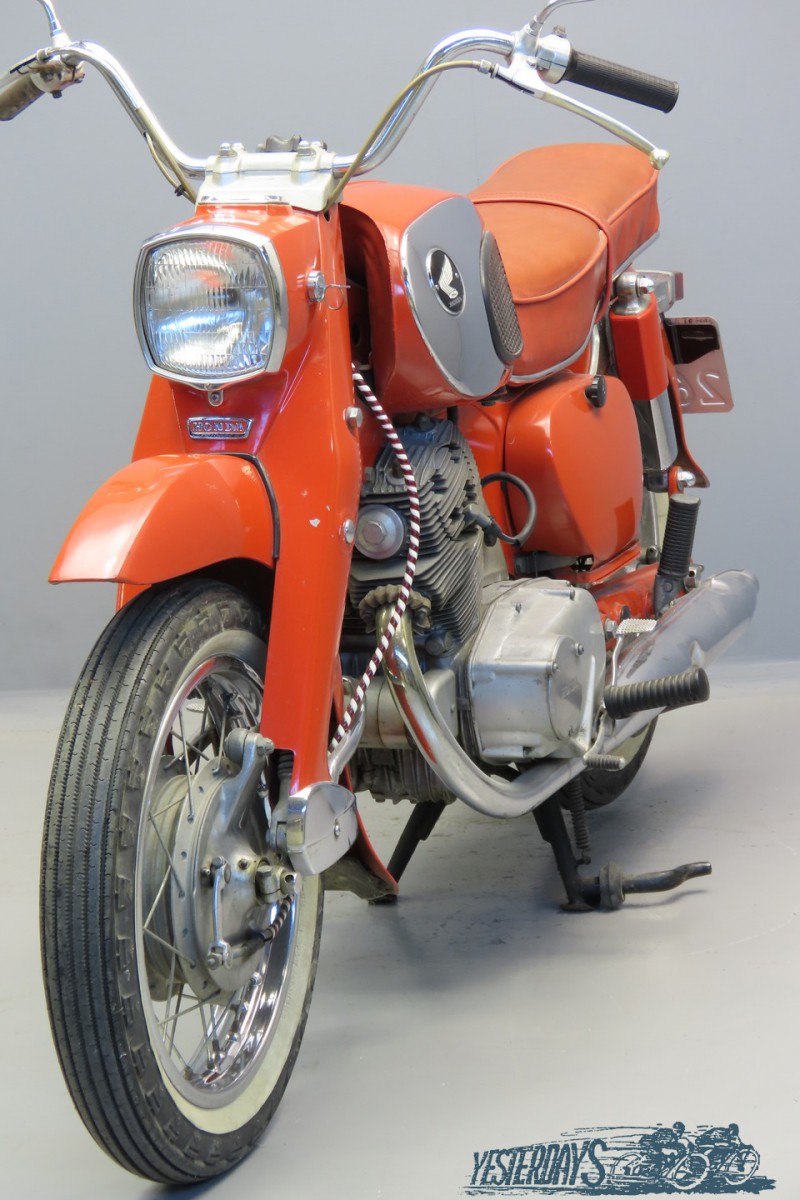 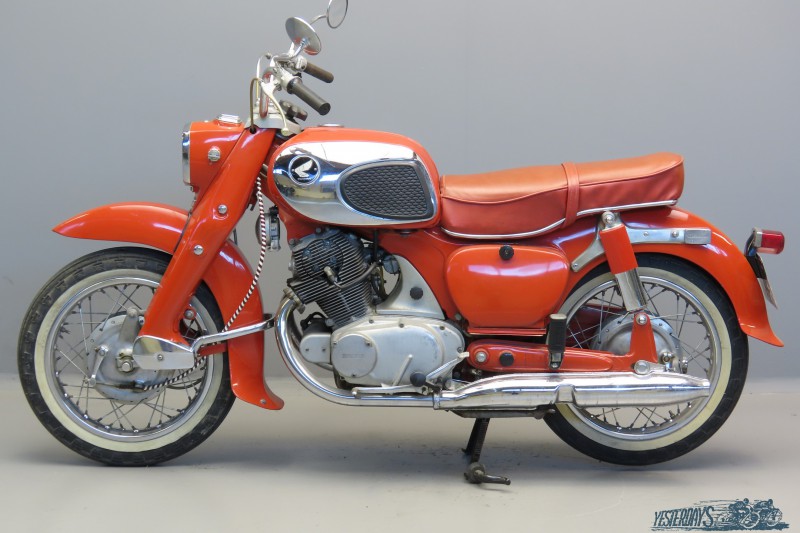 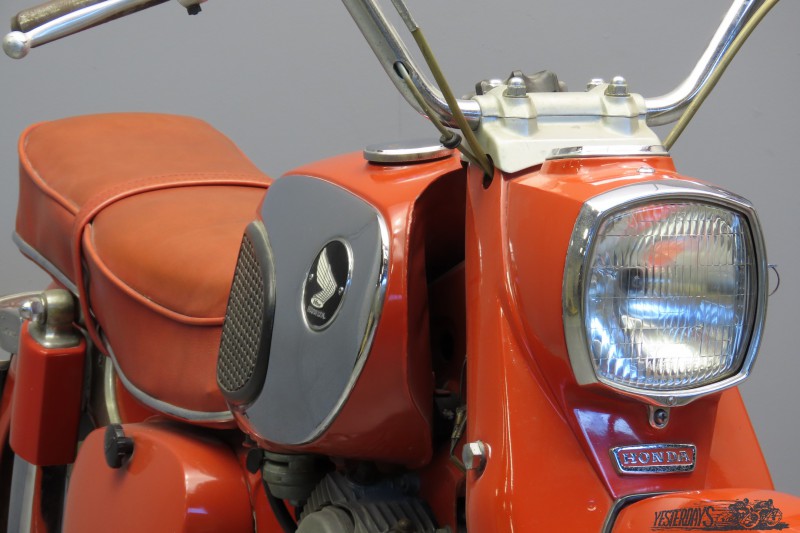 Honda’s model designations can be a little confusing, to say the least.
All its 305cc motorcycles had “77” in the model name somewhere. The CA 77 Dream 305 was designed to be an all-around motorcycle, not a sporting machine like the CB 77 Super Hawk. Therefore, it features a lighter, easier to manufacture pressed-steel frame, from which the 305cc parallel twin engine hung.
The idea behind the CA 77 was that it should be inexpensive to own, unintimidating to ride, and easy to maintain: In other words, everything that many conventional motorcycles were not at the early sixties.
Honda had its focus on a completely new type of motorcycle rider, one that was more likely to be wearing khakis and boat shoes than the usual leather motorcycle gear.
The Dream was launched in 1959 as the C71 Dream, featuring a 250cc, parallel twin engine.
Later on a 305cc engine became also available.
The engine itself was what made the Dream, and what eventually made Honda, into a world powerhouse.
It was a technological breakthrough that completely changed the face of motorcycling.
With a displacement this small, most motorcycles would’ve been fitted with an overhead-valve single-cylinder engine.
Not so with Honda. For your money, you got an overbuilt twin, with a four-bearing camshaft and a chain driving an overhead camshaft.
Light-alloy pistons in a light-alloy barrel with cast-iron liners delivered performance on par with engines twice its size and the enclosed rear chain promised little maintenance of that vital part. Available colours were white, black, blue and scarlet red.
The C77 has a compression range of 8.3:1, the engine is good for 23hp@ 7500 rpm and the top speed is 140km.
The 175 kg machine is economical with fuel, the factory claimed a consumption of 1 litre per 45 km when traveling at a modest speed of 35km.