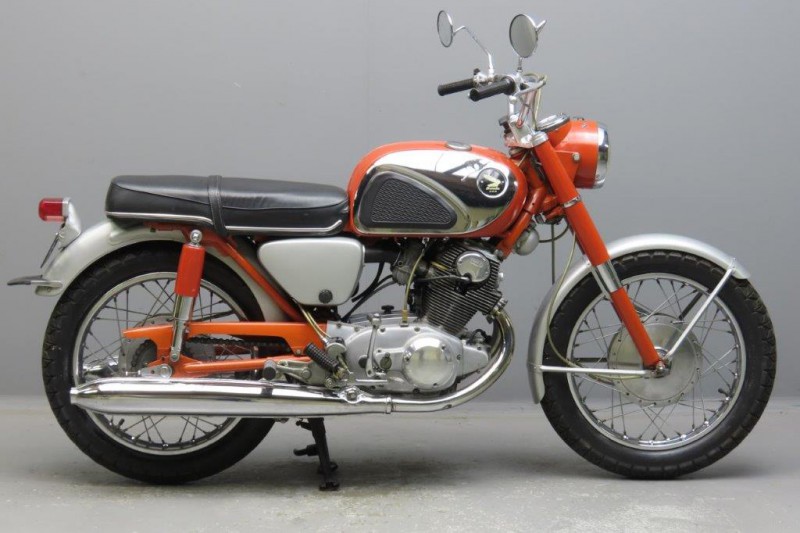 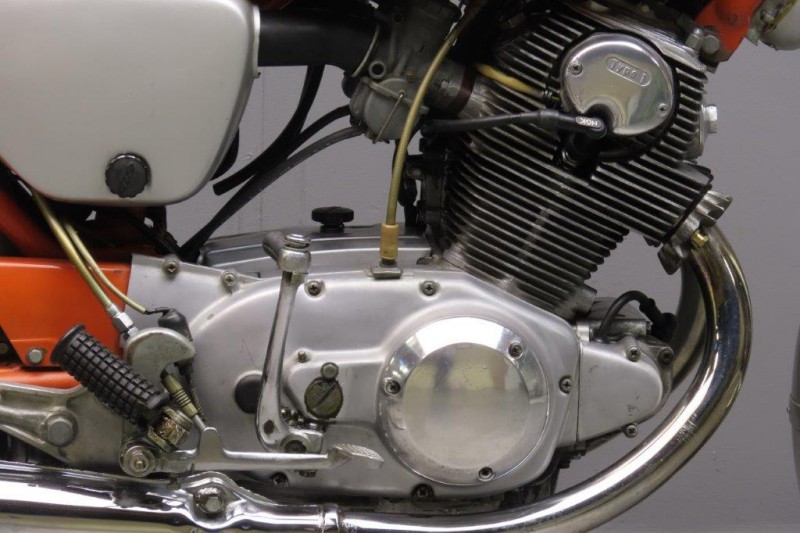 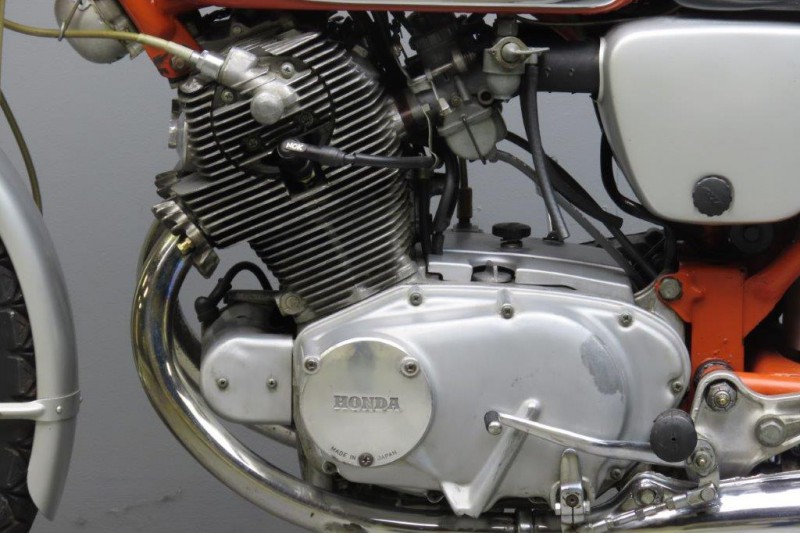 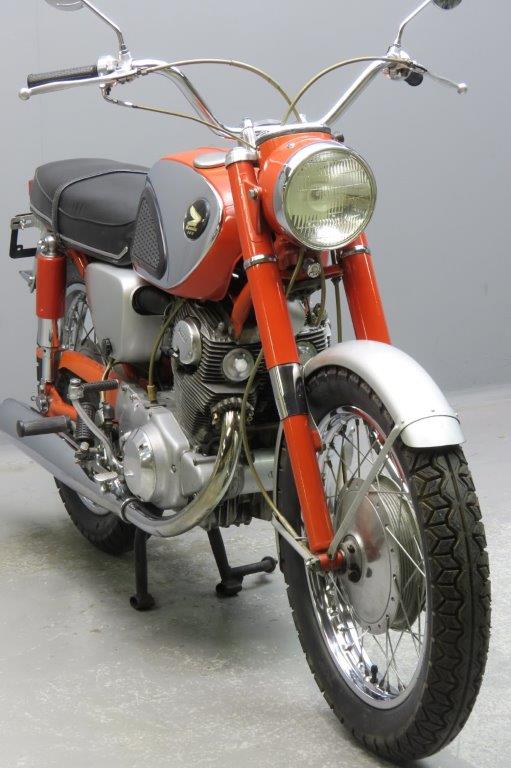 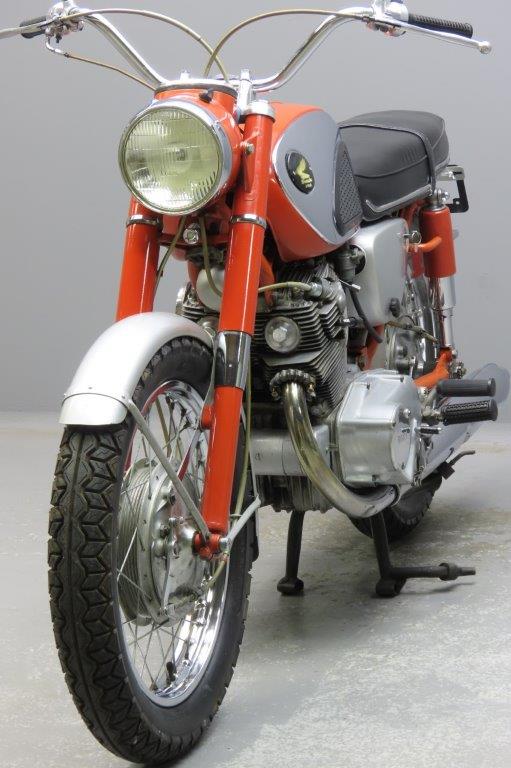 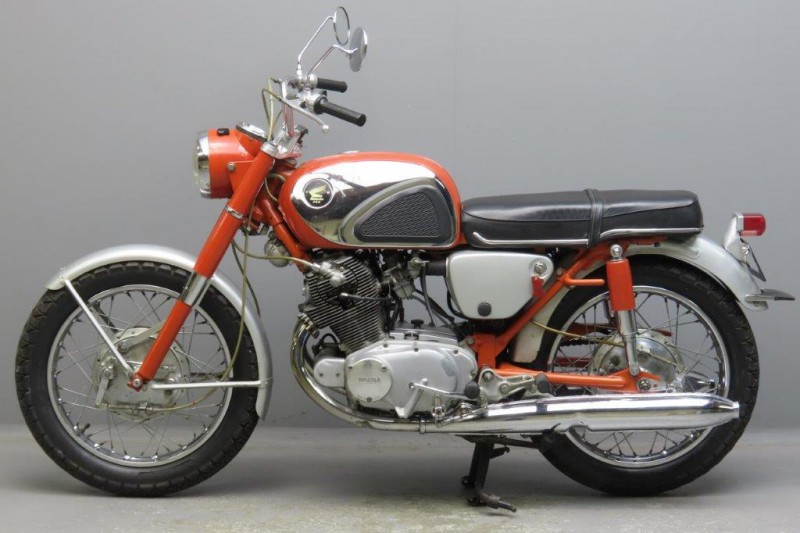 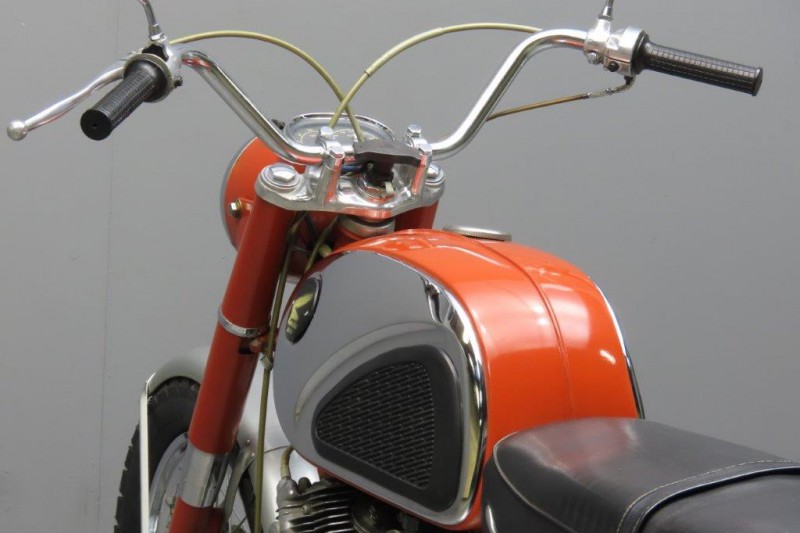 Soichiro Honda will go down in history as the man who truly changed the face of motorcycling forever.
Honda founded his enterprise in 1947, using war-surplus Tohatsu generator motors clipped to bicycles.
After his supply of engines dried up, he designed his own 50cc two-stroke clip-on motor, the first Honda Cub.
Sales boomed, but Honda wanted more, and in 1954 he made the unheard-of plan of visiting Europe and learning as much as he could, directly from the best motorcycle factories in the world.
He met with Triumph’s Edward Turner, who was impressed by Honda, but could not see beyond his own legendary ego that the man before him would, within 15 years, come to ruin his home industry!
The CB77 arrived in 1963 had, at only 305cc, a relatively big engine in comparison to most other Japanese bikes of the period, although it had performance equal to that of most British 500s.
It quickly built a reputation for reliability, and was equipped with luxuries such as an electric starter.
The CB77 was built on the experience Honda had gained in Grand Prix racing, and differed greatly from previous models.
It had a steel-tube frame instead of the pressed frames of earlier Hondas,[5] and a telescopic front fork.
The parallel twin engine was an integral element of the bike’s structure, providing stiffness in a frame that had no downtube, and was capable of 9,000 rpm.
It could propel the bike at over 100 mph. Cycle World tested its average two-way top speed at 168.3 km/h (104.6 mph), and its 1⁄4 mi (0.40 km) time at 16.8 seconds reaching 83 mph (134 km/h). This classic Honda is an older restoration in fine condition.