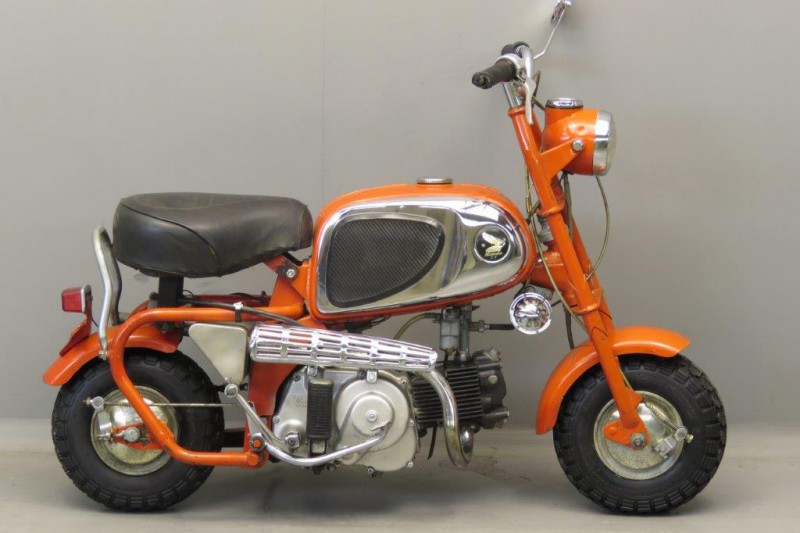 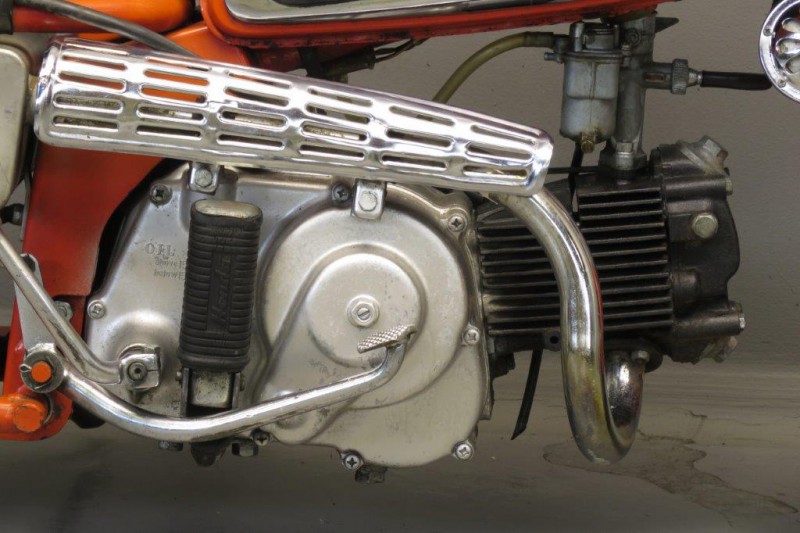 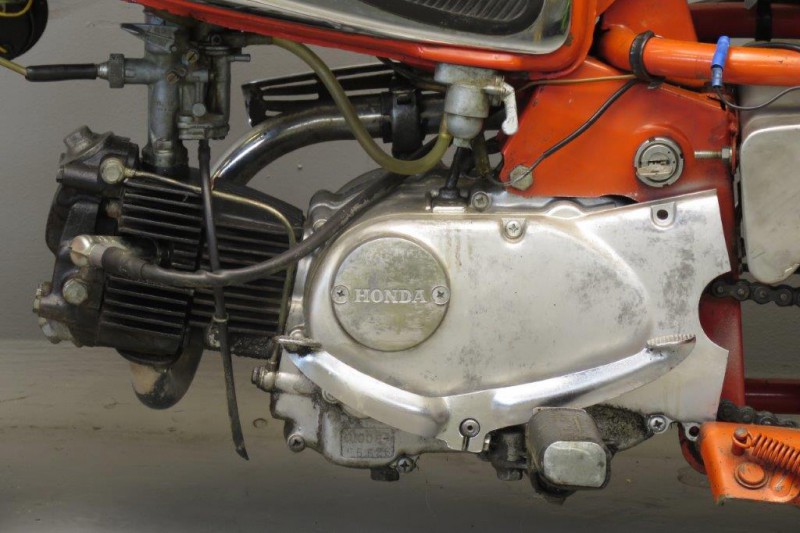 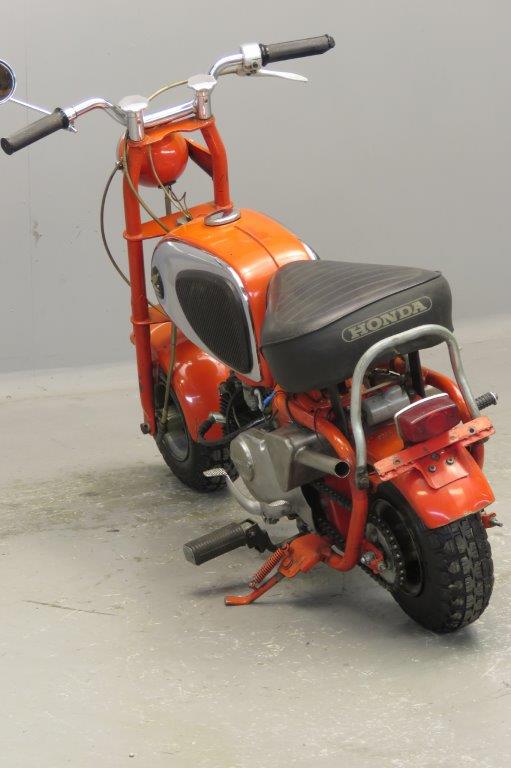 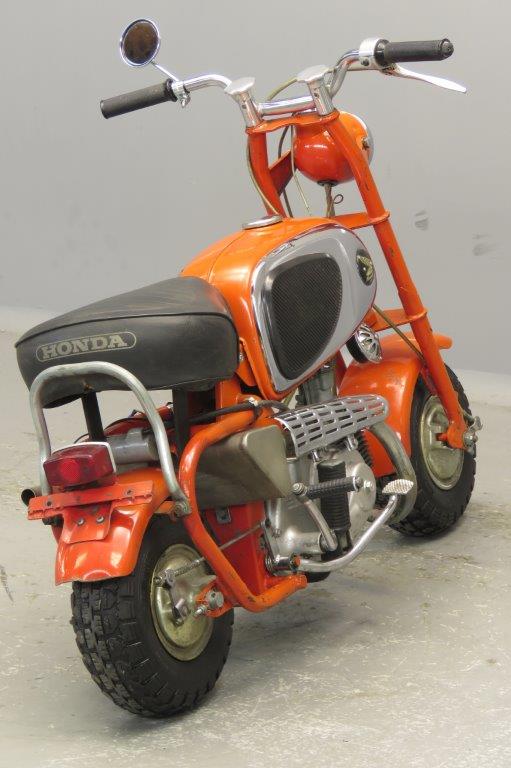 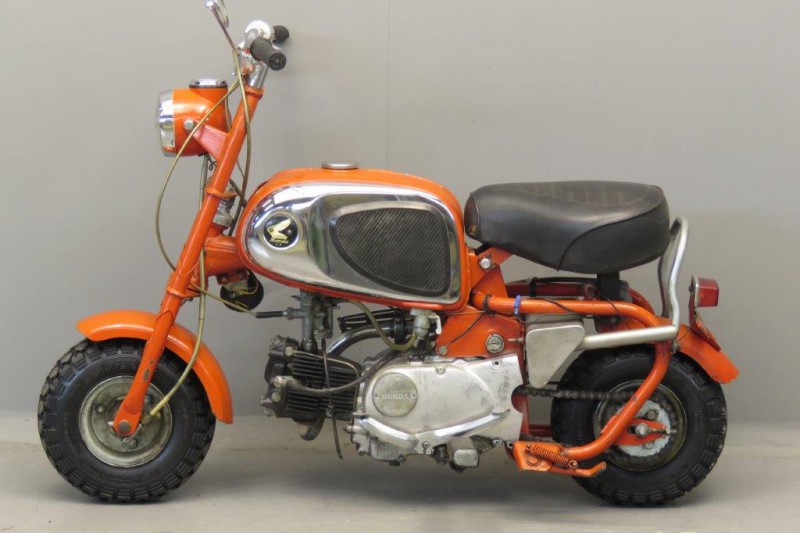 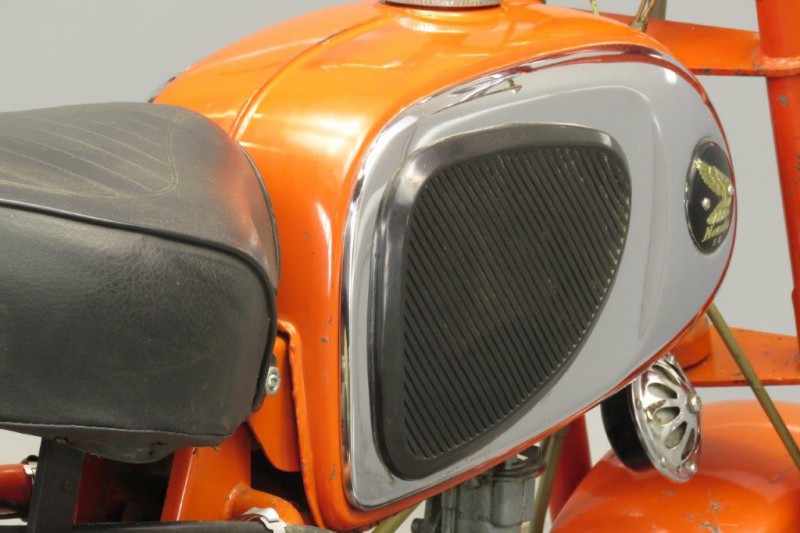 With the launch of the CZ100 in 1960, Honda created the class of machine known as ‘Monkey Bikes’, so called because of their diminutive stature.
The power unit was the C100 step-thru’s reliable overhead-valve four-stroke single that incorporated a three-speed gearbox with automatic clutch. An ultra-short wheelbase, small wheels and vestigial fuel tank were all features of a machine which, in the case of the folding handlebar version, could fit into the boot of a car. Immensely popular as paddock transport the world over they are still much in vogue.
The example offered here represents the ‘Monkey’ in one of its earliest and purest forms, with rigid ‘suspension’ at both ends.
The machine was in the possession of a life long motorcycle enthusiast and currently displays a total of 6560 km/miles on the odometer. Believed unrestored, this well running Monkey appears in generally very good mechanical condition and comes with EU road registration.