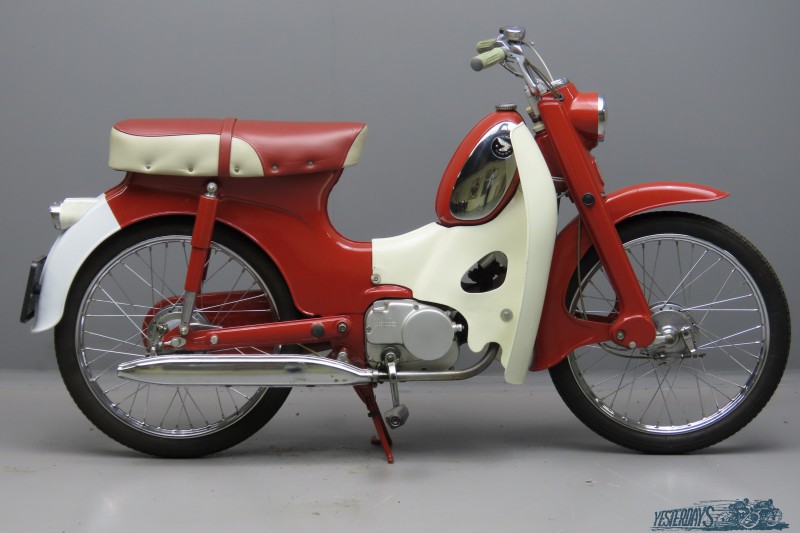 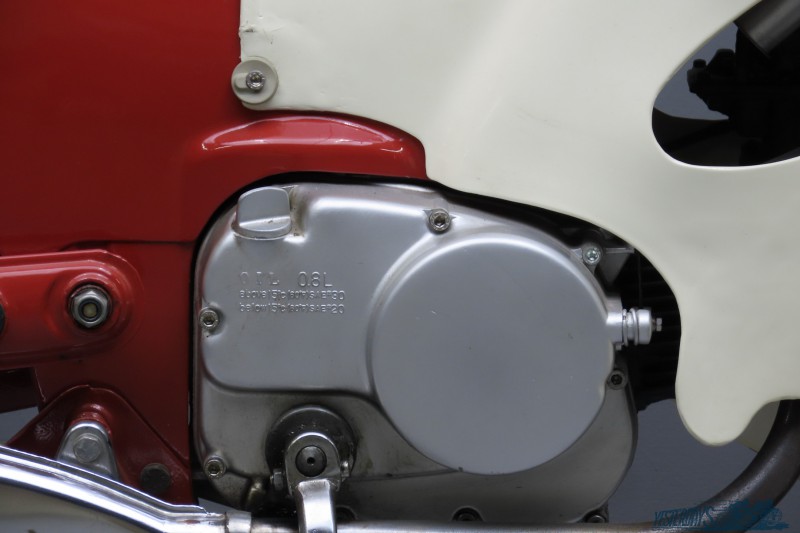 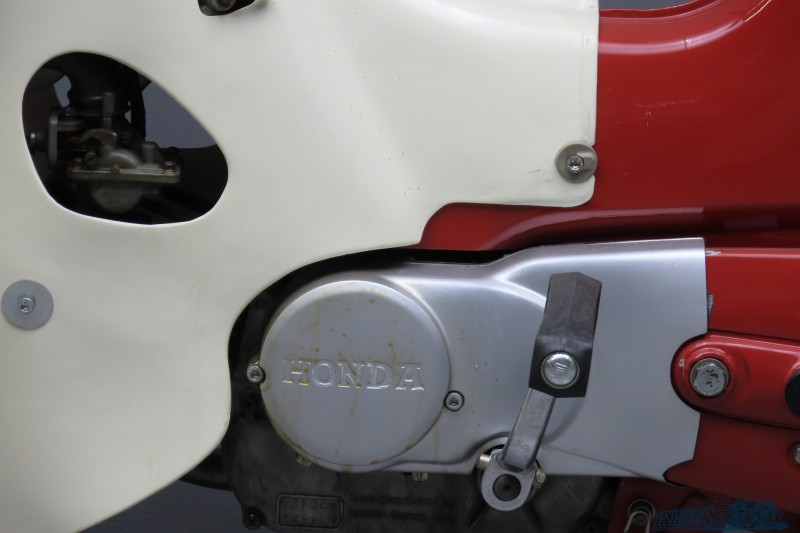 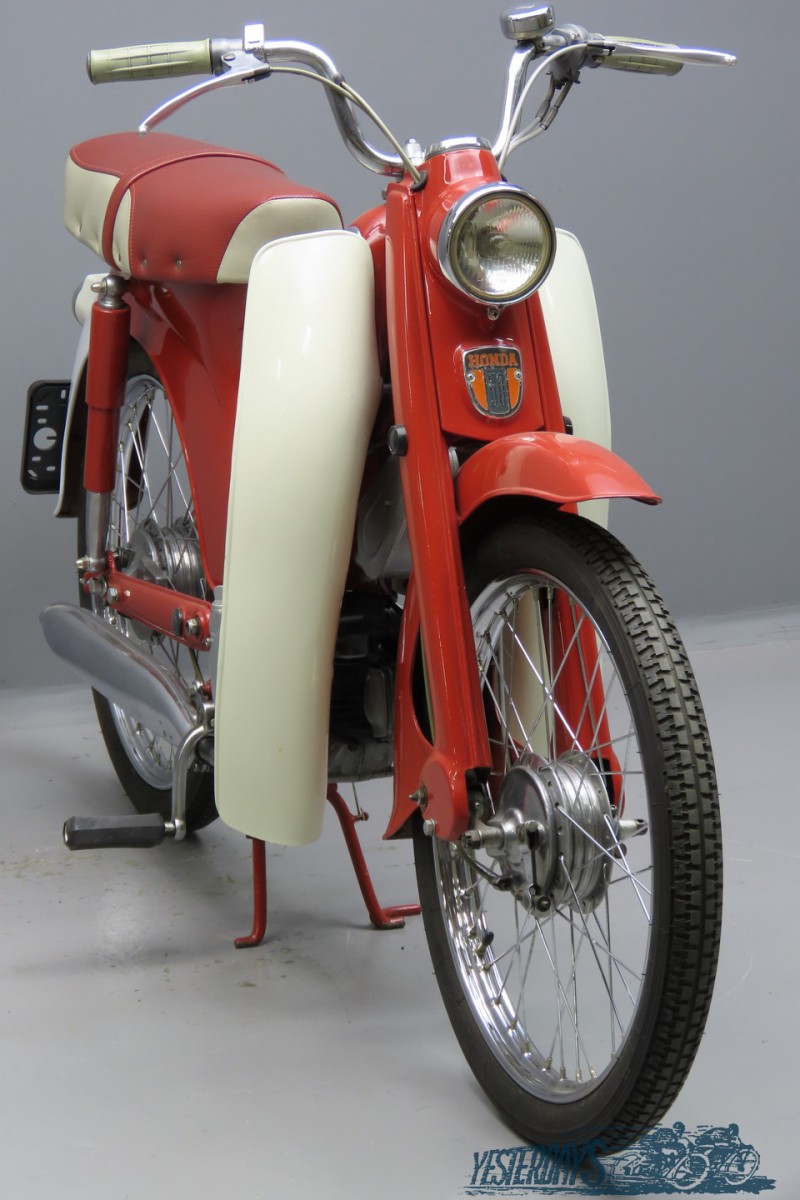 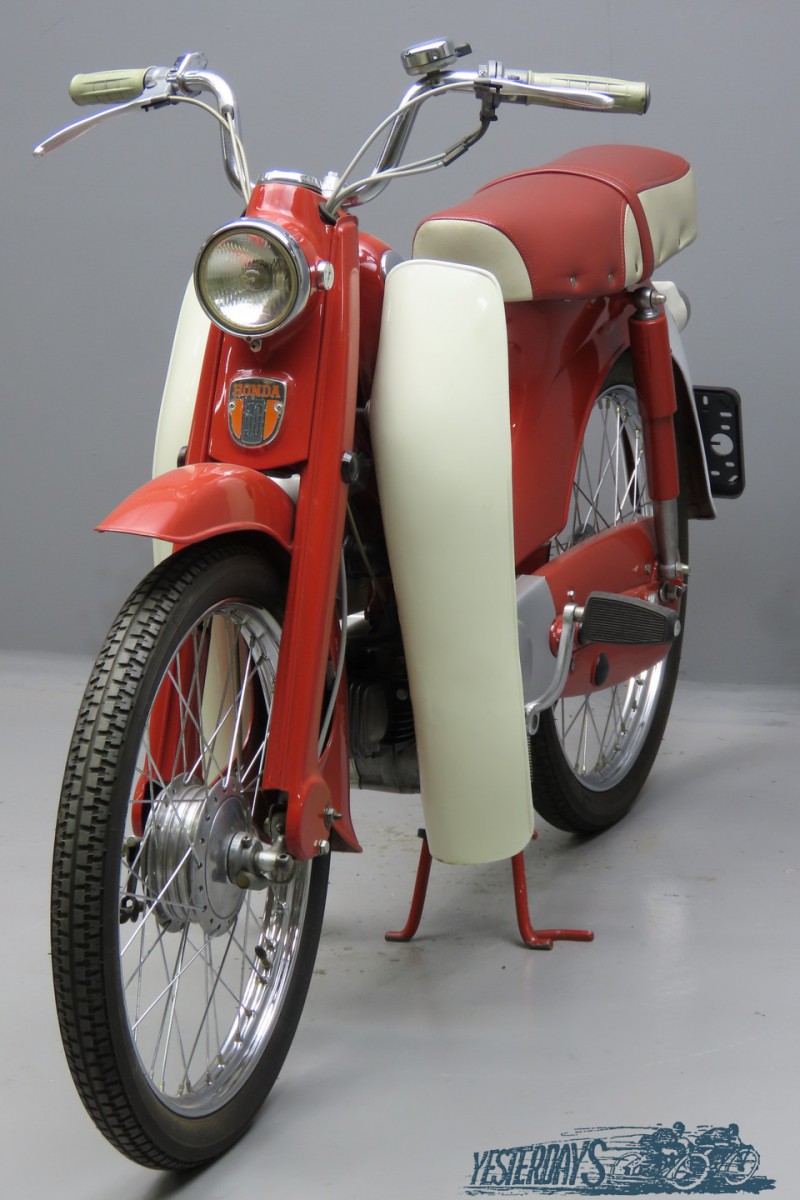 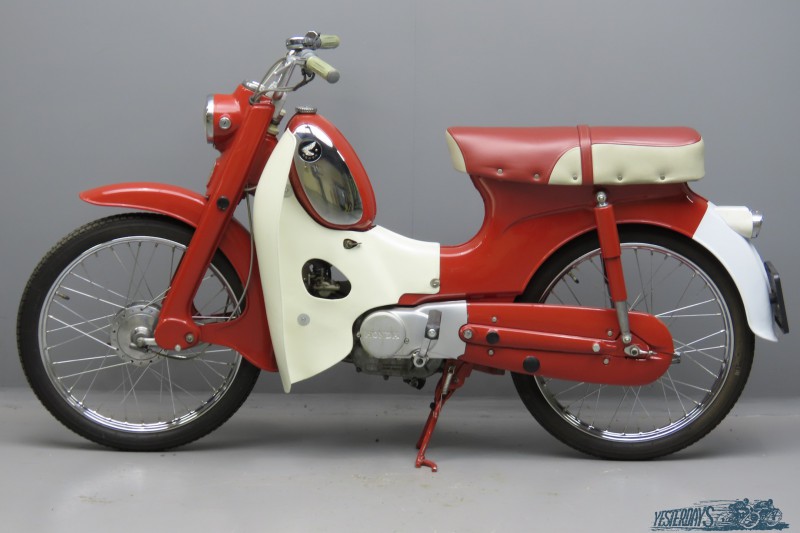 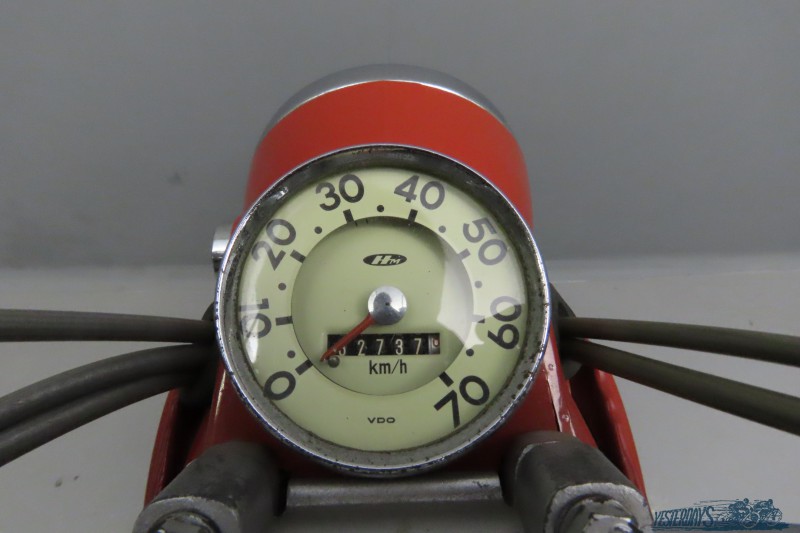 In 1963 the first Honda moped became available in the Netherlands, the C-310a.
It was a model with an open frame and vertically-placed petrol tank, standard equipped with a buddy seat and a semi-automatic 3-speed gearbox.
The power output was modest, which gave the advantage of a very low petrol consumption; the manufacturer claimed a consumption of 1:90 at a speed of 25 km.
This consumption was significantly lower than that of most mopeds equipped with two-stroke engines, so this was, together with the riding comfort, a good selling point for the Honda.
The moped was produced in the Belgian city of Aalst especially for the Dutch market.
It was fitted with a rev limiter in the flywheel of the engine, so that the moped could not be ridden faster than the permitted maximum speed of 40 km.
The model was also provided with a yellow plate on the front mudguard, a white coloured area on the rear mudguard and a pedal installation, because in The Netherlands the C310A was legally still a bicycle with an auxiliary engine.
The model became quite popular as a utility machine and when young speedsters found out it could be tuned by removing the rev limiter and reach a top of some 60km the moped also caught their attention.
Since in Belgium the same engines were used for the C310 without the formal Dutch restrictions, many youngsters ordered modified cylinder heads, valves and camshafts and larger carburettors there.
The engine was basically designed for very high revs (up to more than 10,000 rpm), so there was little risk of jamming it.
The machine we offer has not been modified; she is mechanically in excellent original condition and has been restored some time ago.