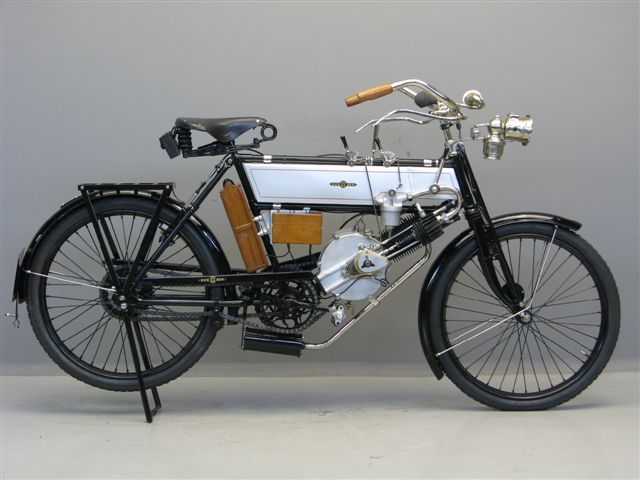 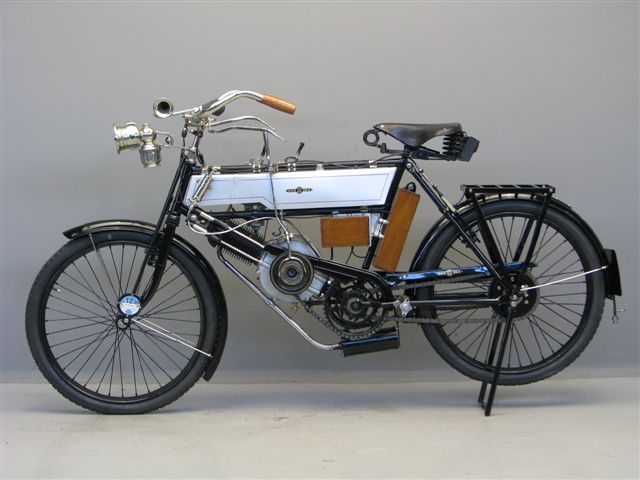 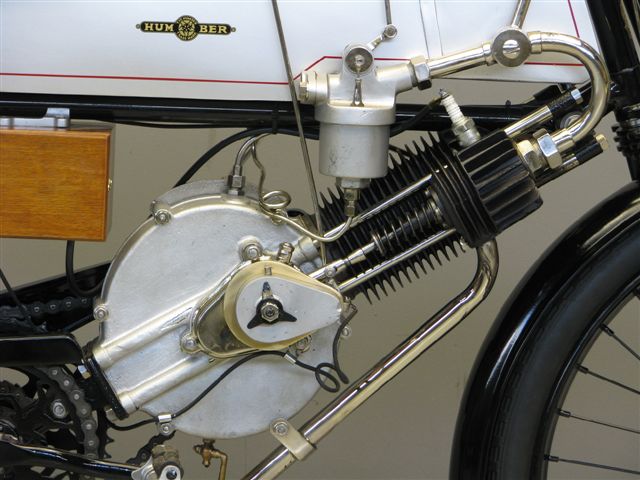 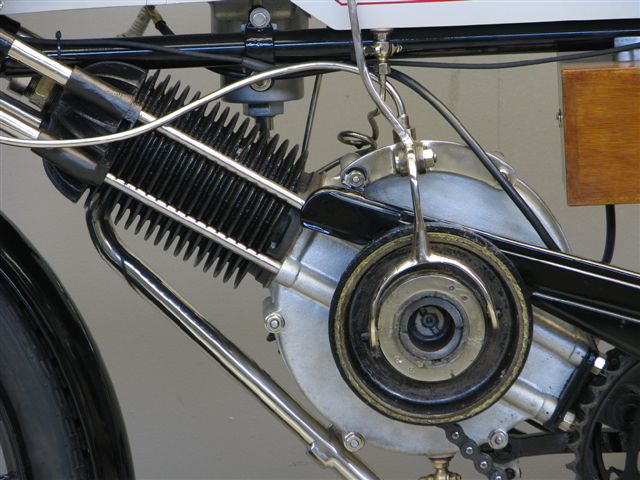 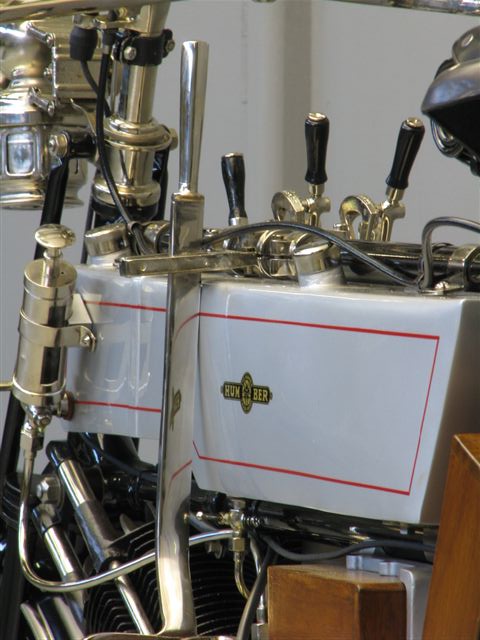 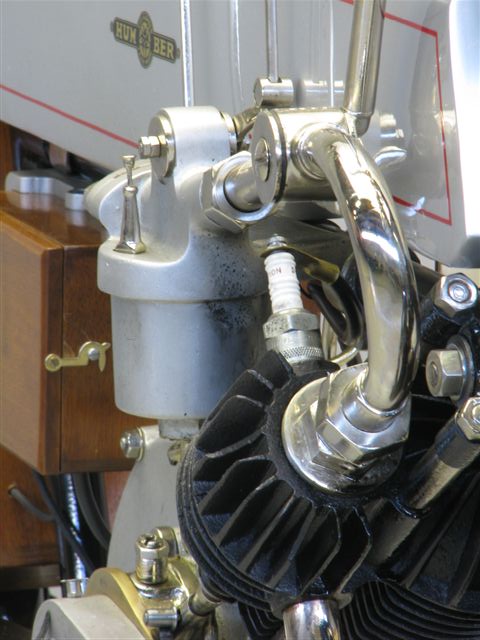 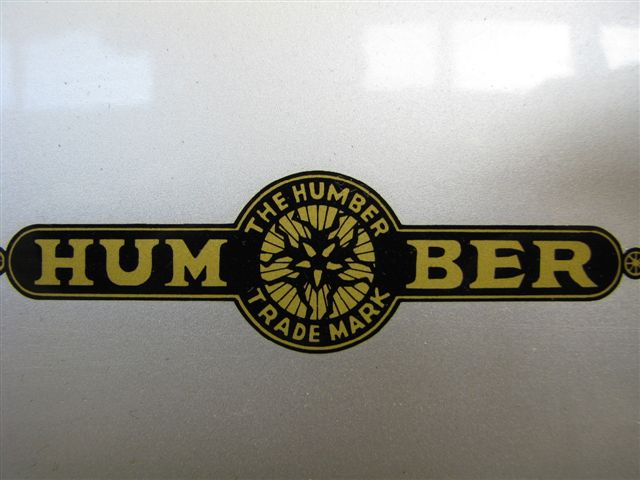 A  Coventry firm with its roots in the Victorian bicycle industry, Humber began experimenting with powered transport in the closing years of the 19th  century.
Its first successful motorcycle  -a  built-under-license P&M –  was introduced in 1902 and the first all-Humber design  came on the market in 1908. Early Humbers were built under P&M patents.
There were factories in Beeston (Nottinghamshire) and Coventry.
A difference between Beeston and Coventry Humbers was the make of carburettor that was fitted: the Beeston sported a French made Longuemare and the Coventry products were fitted with a device of their own manufacture.
In 1903 two engine types were available,  a  1 ¾ HP version with bore and stroke of 70×70 mm and a  2 ¾ HP version with bore and stroke of 76×76 mm.
This interesting and well-built veteran has all chain drive, free engine clutch (a real gem on a veteran machine!) and trembler coil ignition. It’s  well-restored  and is  in excellent condition.