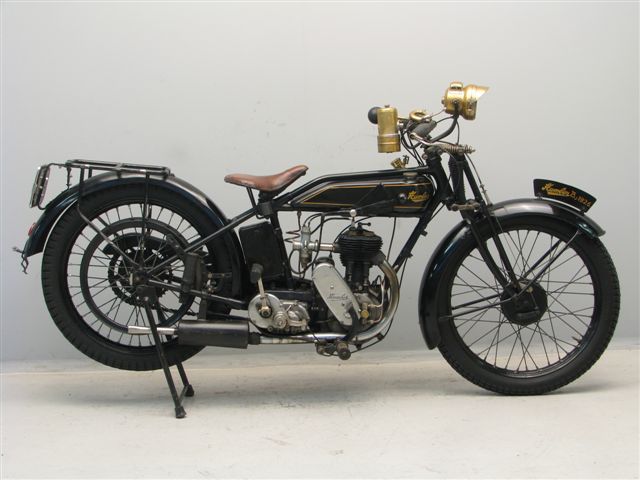 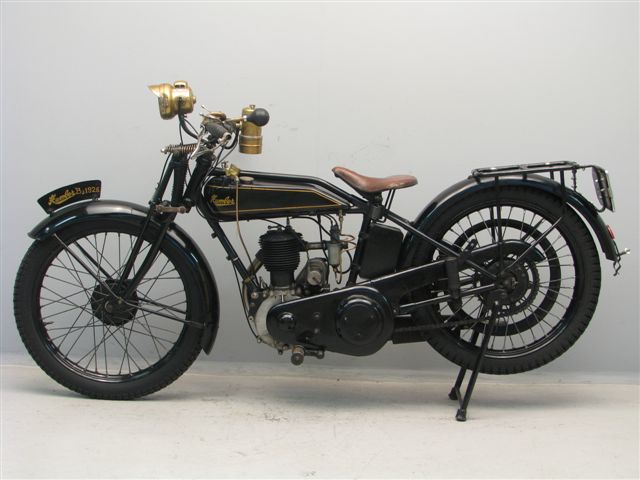 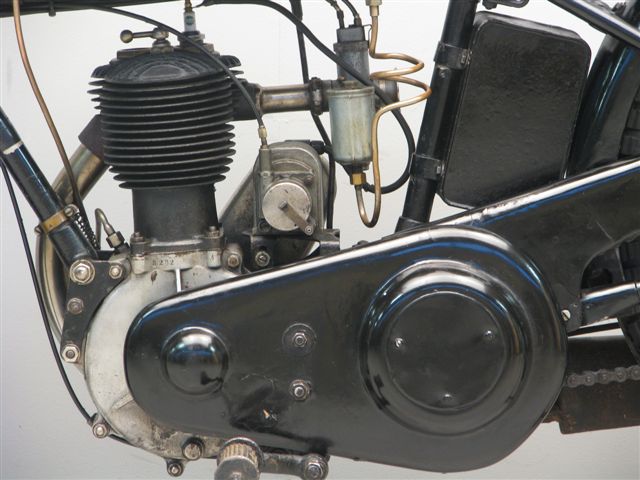 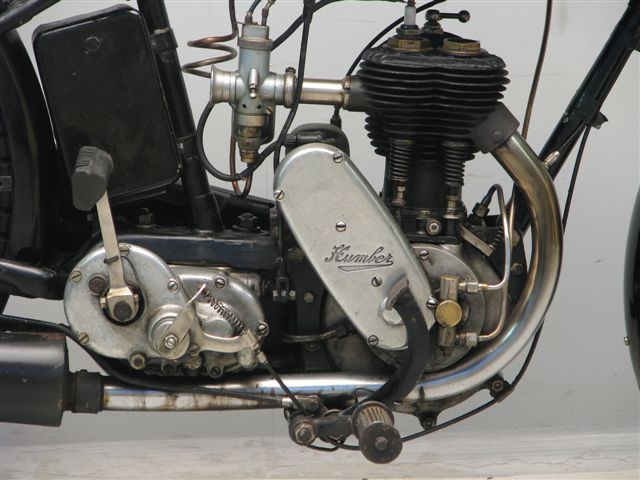 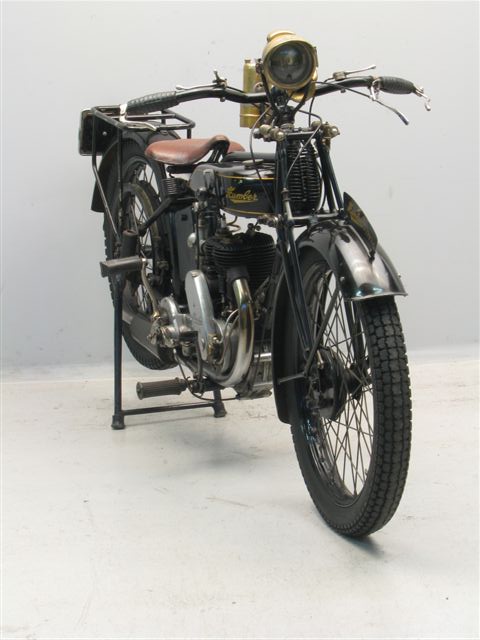 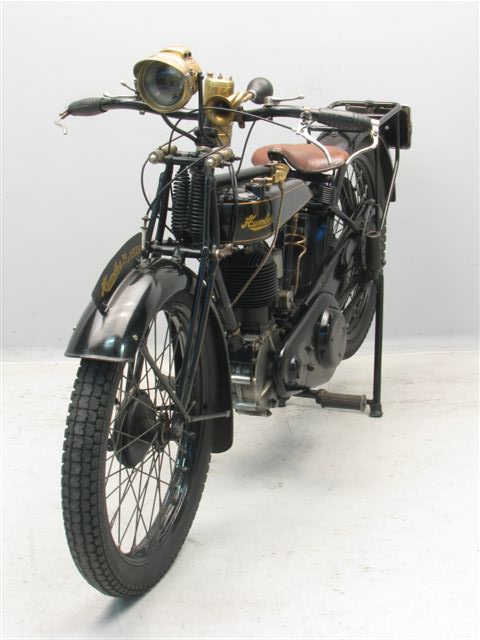 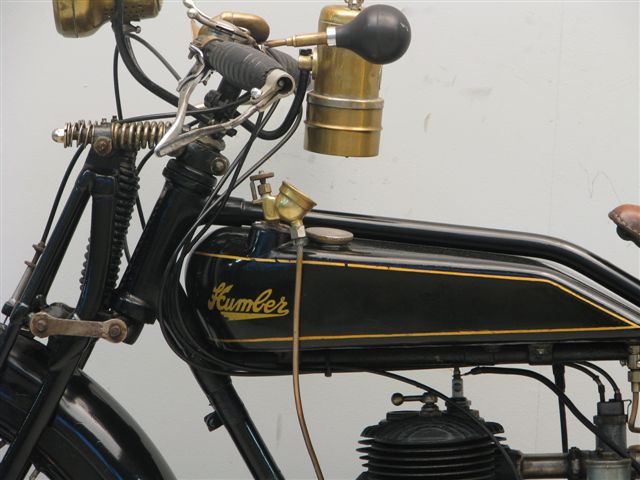 A  Coventry firm with its roots in the Victorian bicycle industry, Humber began experimenting with powered transport in the closing years of the 19th  century, introducing its first successful motorcycle  -a  built-under-license P&M – in 1902 and the first all-Humber design in 1908.
A 500 cc side valve, this new 3 HP model  carried its engine in the conventional position and featured belt drive to a two-speed rear hub. V-twin and flat twin models followed, Humber’s first post WWI offering being a 4 ½ HP version of the latter.
This heavyweight machine  – “ The Silent Humber “ – was joined for 1923 by a 2  ¾  lightweight sports model powered by a single cylinder side valve engine of 349 cc.
Refined and speedy, the newcomer proved good enough to secure Humber the Team Prize in the 1923 ACU Six  Days Trial, and would remain in production until Humber ceased motorcycle manufacture at the end of 1930.
Bore and stroke dimensions are 75×79 mm, valves are stainless steel and the lubrication is by mechanical pump through sight feed, a hand pump being fitted for emergency use.
The front brake is of the internal expanding type, the rear brake is a v-block operating in a brake rim.
The front forks are Brampton type forks and the  machine is an older restoration.