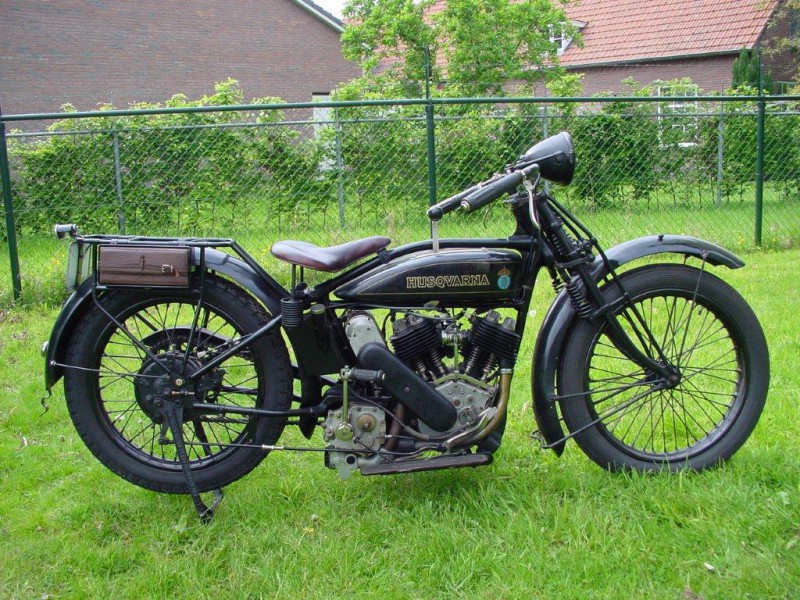 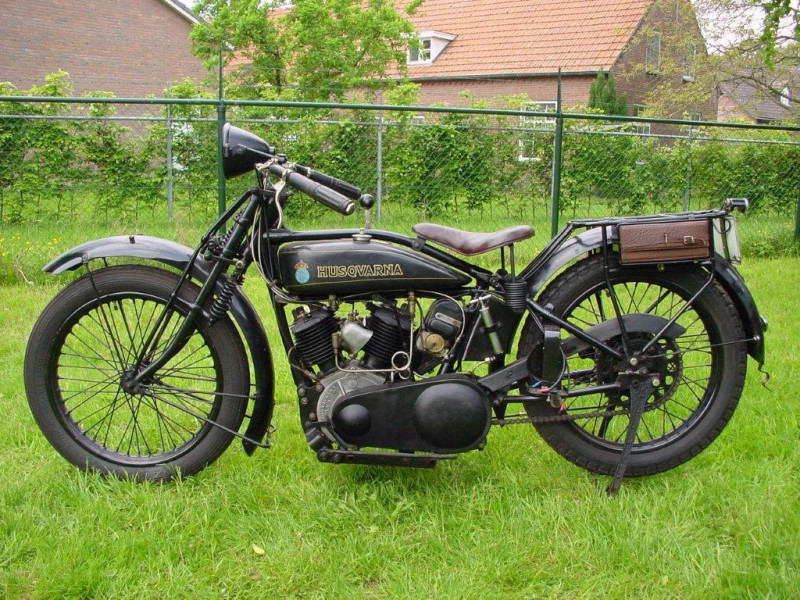 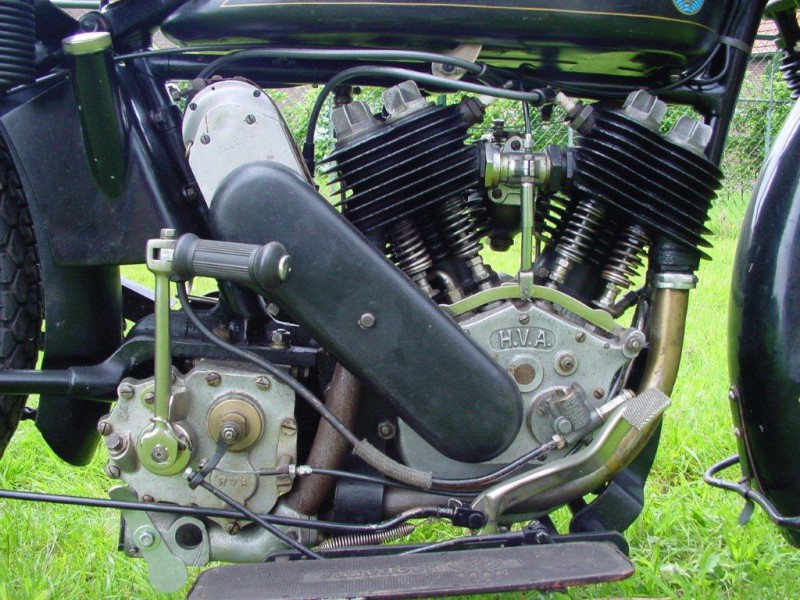 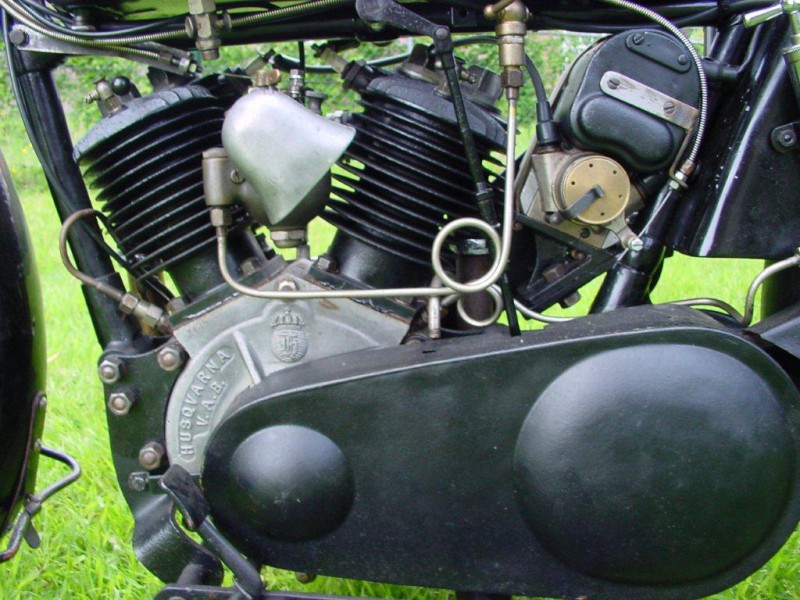 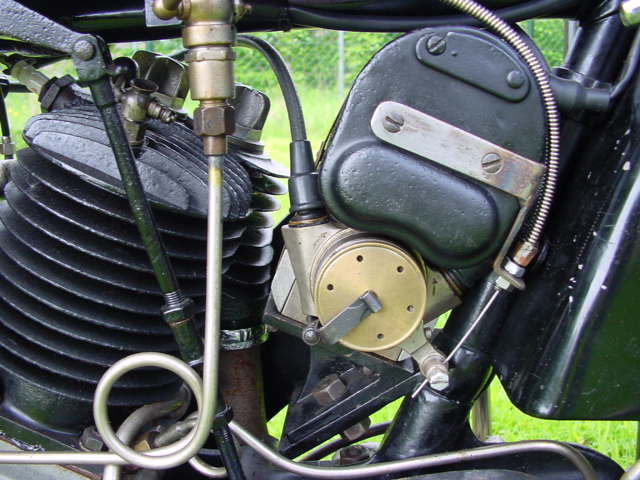 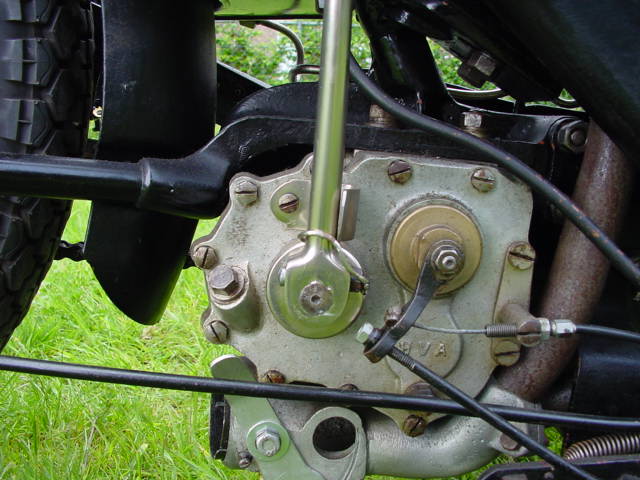 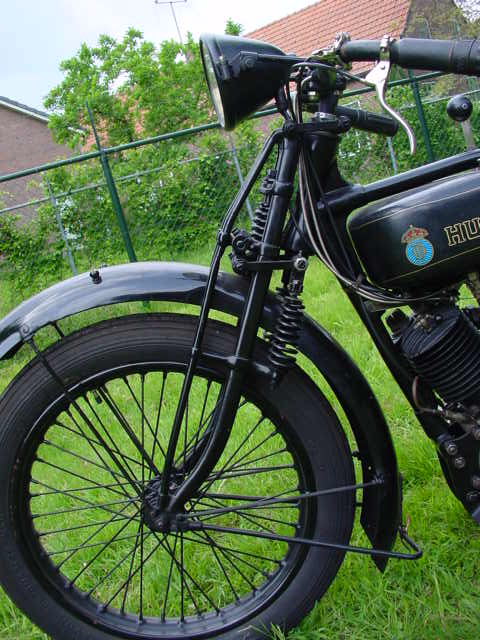 Husqvarna started producing motorcycles as early as 1903.
In the beginning FN engines were used, around 1909 this was changed to Moto-Rêve. In the early twenties two models were introduced with their own side valve V-twin engine, of 992 cc and  546 cc capacity, the latter labelled  model 180.
At the time American V-twins were very popular sellers in Sweden, so it is no coincidence that the general layout of the model 180 bears a certain resemblance to the famous Indian Scout of the period; the carburettor fitted is an American Schebler, quite rarely seen on a European motorcycle.
This Model 180 is a quality Swedish product, producing some 14 BHP @4000 RPM. Bosch electric lighting is fitted.
This rare Husqvarna is in good unrestored condition.