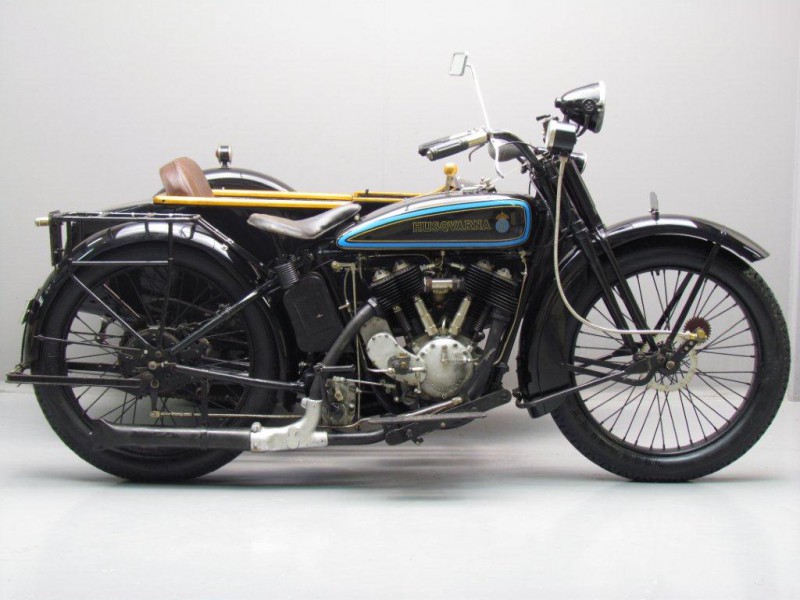 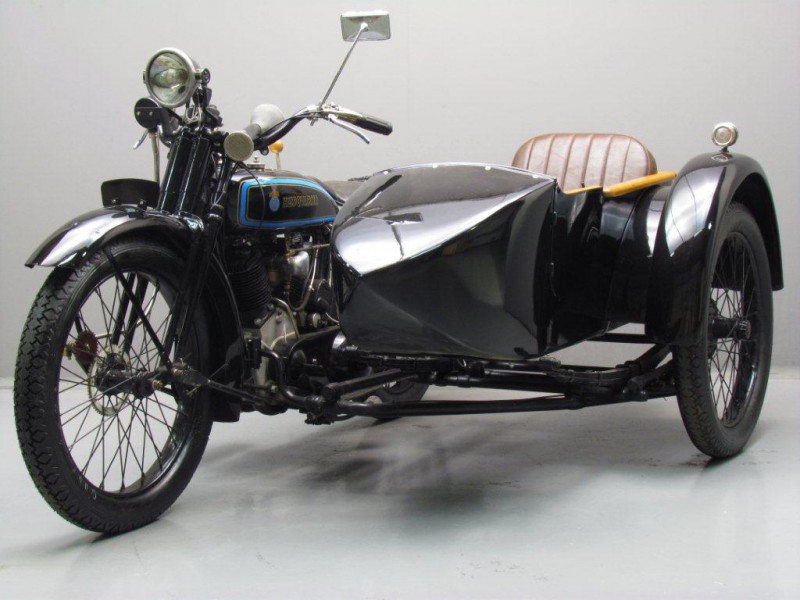 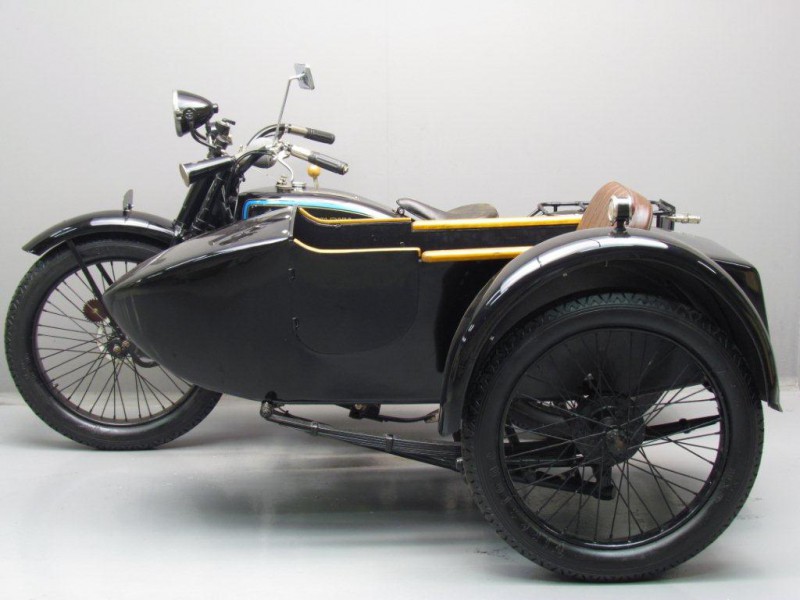 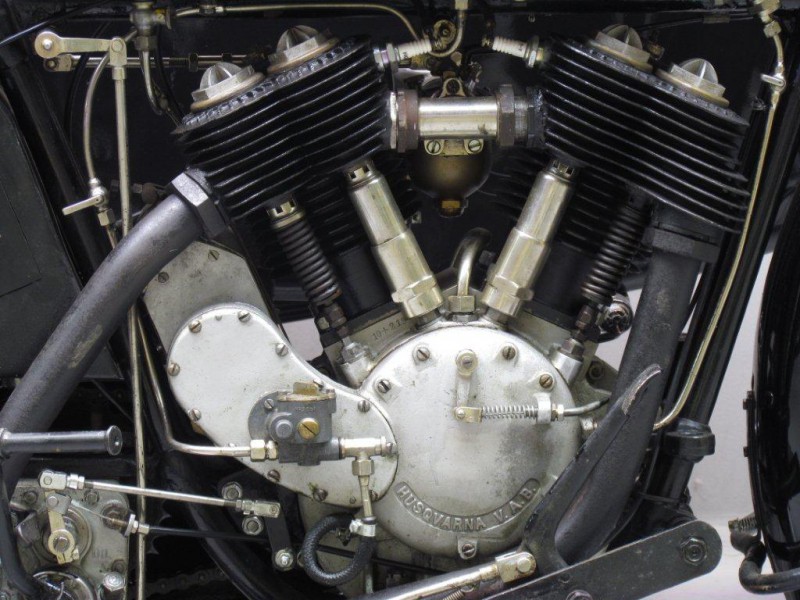 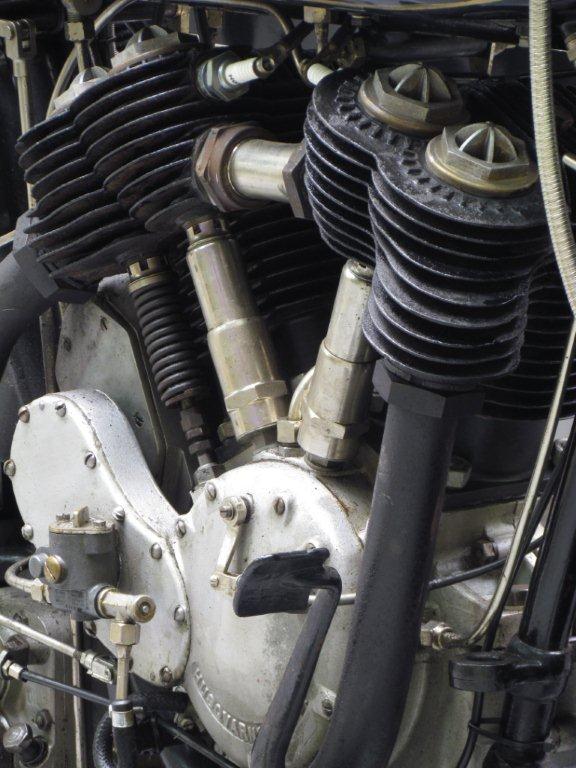 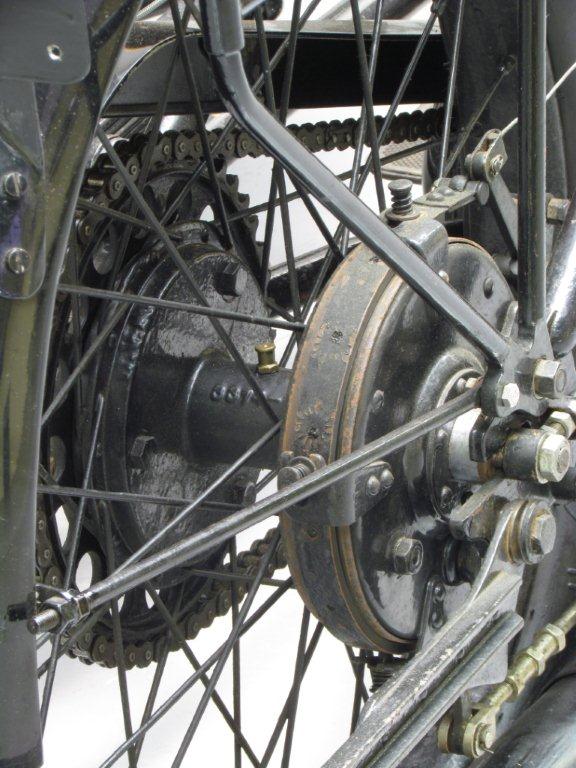 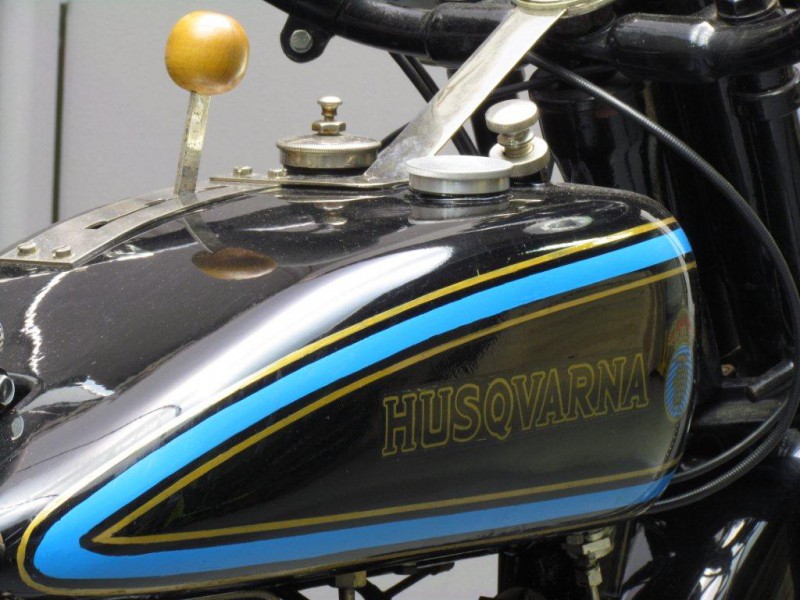 The  Husqvarna Vapenfabrik (Husqvarna weapons factory), was  founded in  1689 in the town of Huskvarna to produce muskets for the  Swedish military.
The company started to produce bicycles  at the end of the 19th century and the first motorcycles left the factory in 1903.
The first models were equipped with engines from FN and Moto- Rêve.
In 1919  the factory brought out  its own V-twin  engined  model, the 546 cc model 150.
This model was developed via 160,170, 180, 190,200 and 210.
By the end of the twenties the model had got at the end of its development life.
Husqvarna then  turned to a “British line” with JAP and Sturmey Archer engined  machines.
Next to these machines several models were produced with single cylinder and V-twin Husqvarna engines.
Prewar motorcycle production ended around 1935, after the war the focus would be on two stroke engined machines.
Around 1921  the  994 cc “ Model 500” was brought out, which was superseded by the “600” in 1926.
These V-twins were well-received quality products that had design features in common with the American V-twins that were very popular at the time in Sweden, note the Schebler carburetor on this excellently engineered machine.
This Model 600 has been restored  faultlessly  and comes complete with original factory sidecar,  speedometer and full  “ Bosch” electric lighting.
(Model information kindly supplied by  Mr. Torbjorn Nilsson)