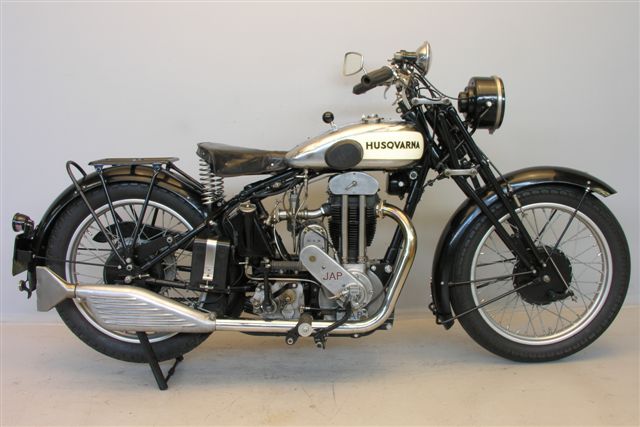 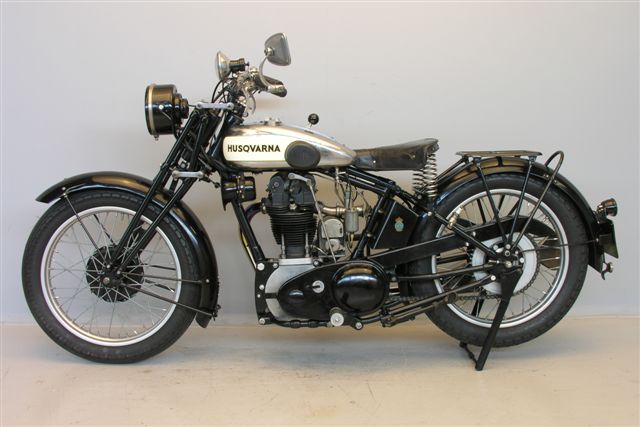 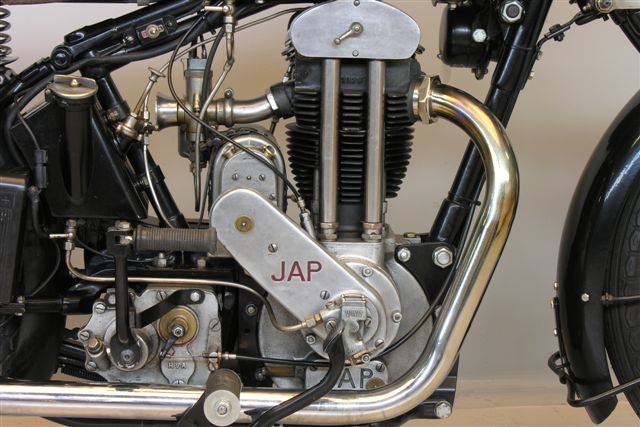 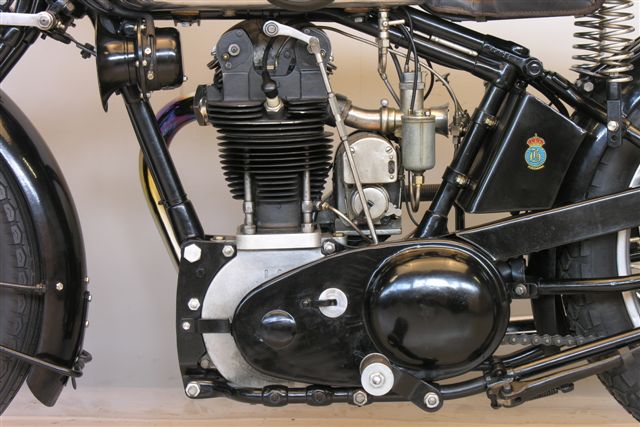 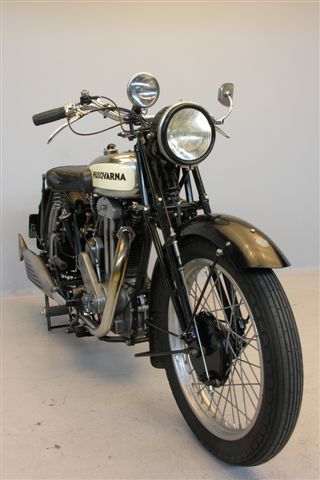 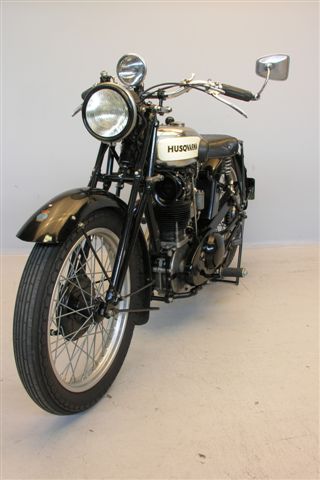 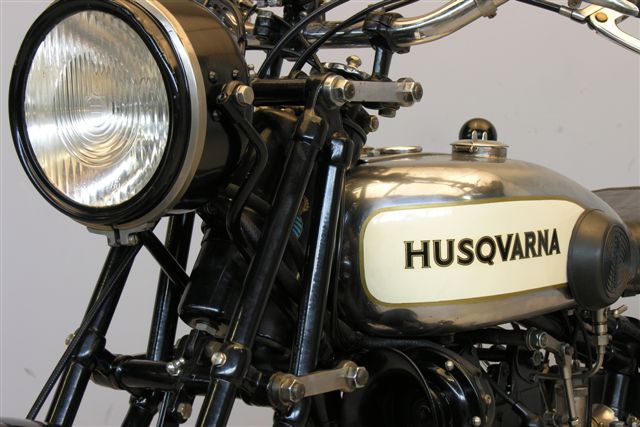 The  Husqvarna Vapenfabrik (Husqvarna weapons factory), was  founded in  1689 in the town of Huskvarna to produce muskets for the  Swedish military.
The company started to produce bicycles  at the end of the 19th century and the first motorcycles left the factory in 1903.
The first models were equipped with engines from FN and Moto- Rêve. Later  on HVA developed various engines of their own, side valve v-twins being very popular.
By the end of the 1920s the company made a big international breakthrough because of the racing successes of their OHV V-twin models. This sports model is equipped with JAP engine, HVA gearbox, Amal carburettor and Bosch magneto and lighting system. A truly international  design one might say;  the machine is an older restoration in good condition and  it is running smoothly.