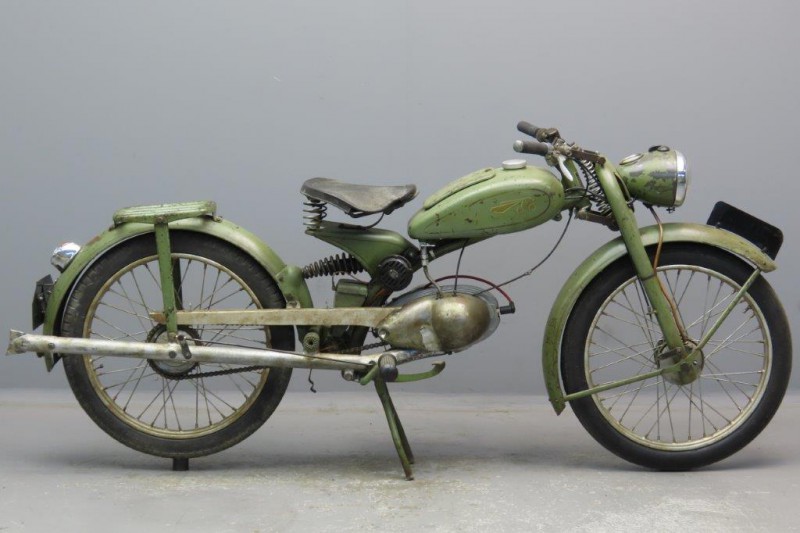 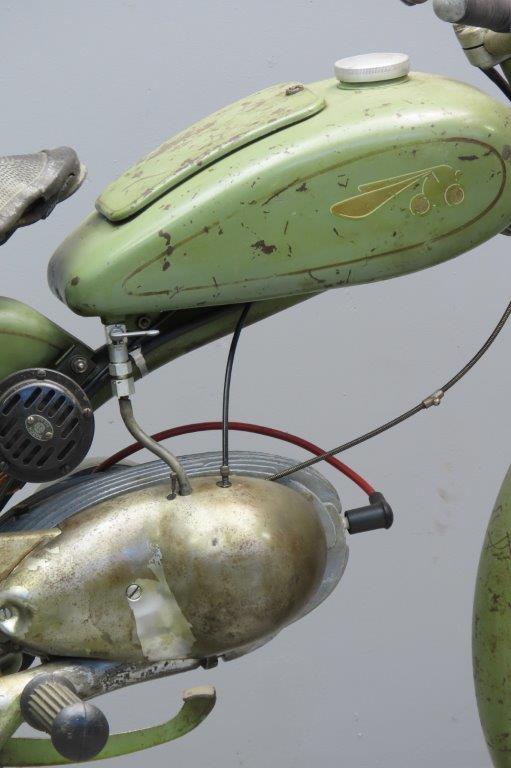 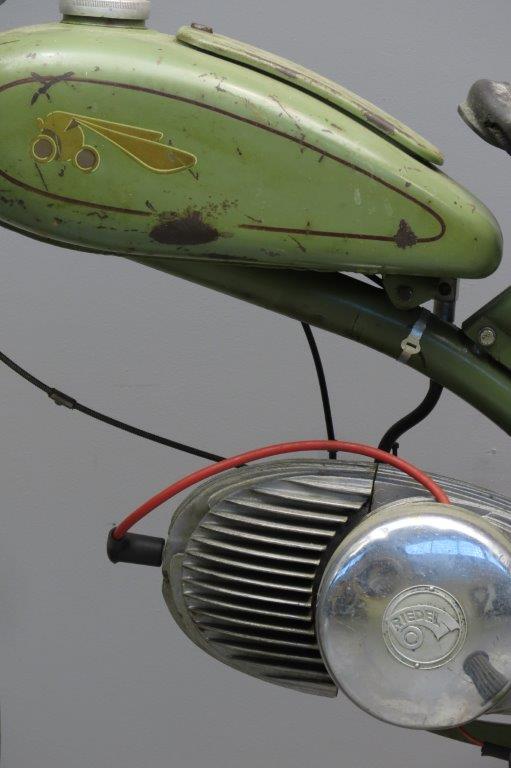 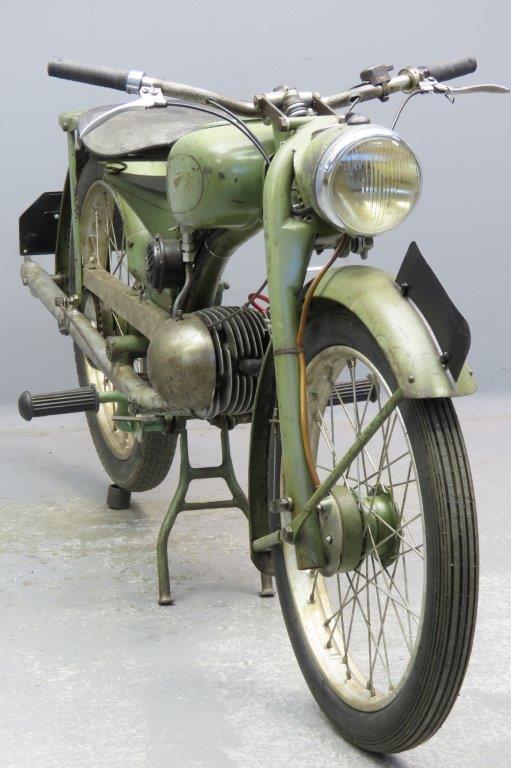 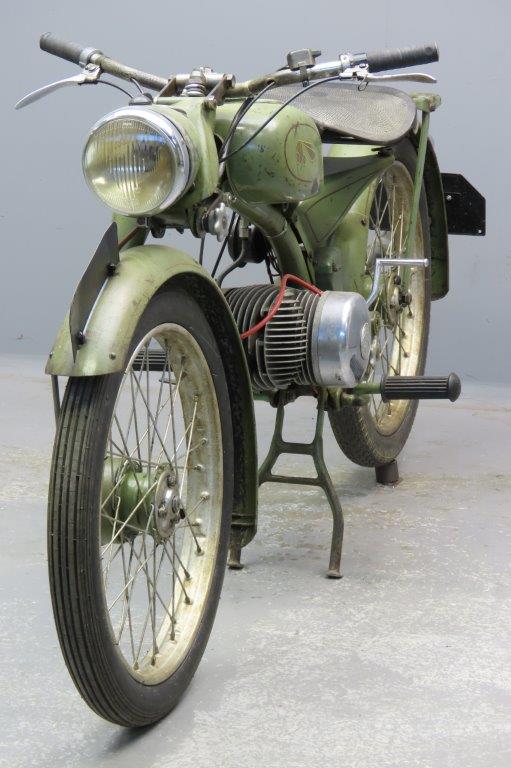 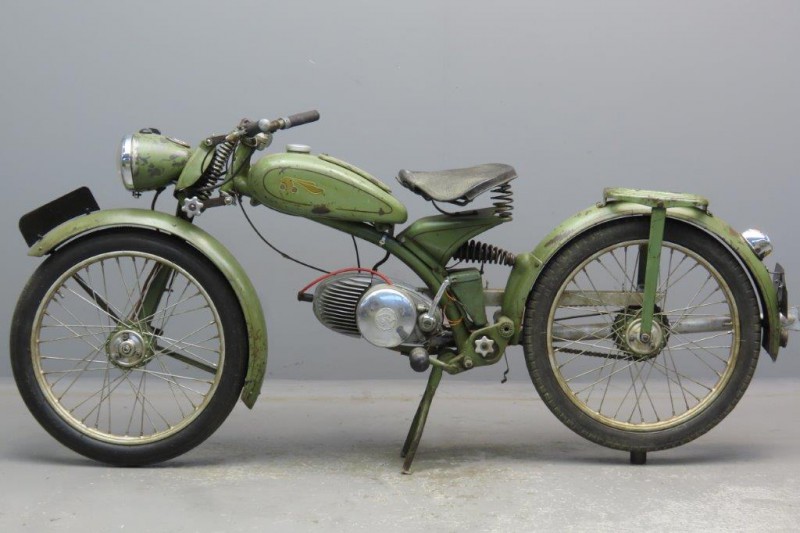 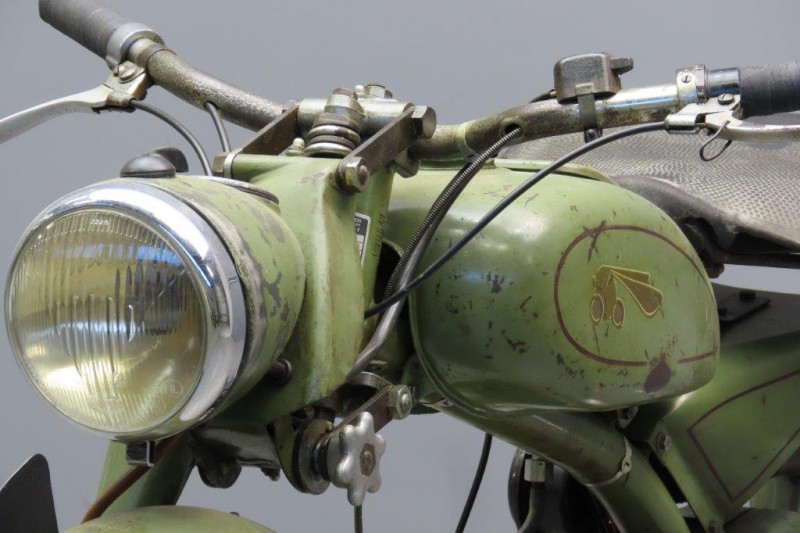 During World War 2 Norbert Riedel had designed a two stroke starter engine for the first Luftwaffe jet fighters.
After the war he moved into motorcycle design, His first design was the Riedel R100.
The American army desperately wanted his jet starter engines, so they gave him the production tools and equipment which could be used for motorcycle production.
The first test drives were made around X-mas 1947.
In1948 Riedel found a production factory in IMMESTADT (Bavaria).
IMME is a German word for Bee, hence the logo and name for Riedel’s brainchild.
The R100 was designed with some restraints, it had to be cheap and easy to build.
Riedel only had about 75% of the raw materials he needed; all of Germany’s steel works had been bombed by the Allied Forces.
Riedel managed to come up with a very original and innovative design.
The frame and fork tubing are all of the same diameter and the egg- shaped 99 cc engine has bore x stroke of 47 x 52 mm and delivers 4.5BHP.
The Imme has only one front fork leg and the single sprung rear leg acts also as exhaust pipe, while the engine goes up and down with the rear wheel.
There’s a three-speed handlebar gearchange on board.
Top speed is about 75 km and the petrol consumption averages 50 km a litre.
Production started in 1949, but only 80 were made that year.
In 1950 1,000 machines a month were made but although the motorcycles were selling well, the works had financial and warranty problems and in the course of 1951 the IMME AG went out of business.
In all some 12,000 Immes were built and today they are considered rare and sought after bikes.
The machine we present here is in original, unrestored condition.