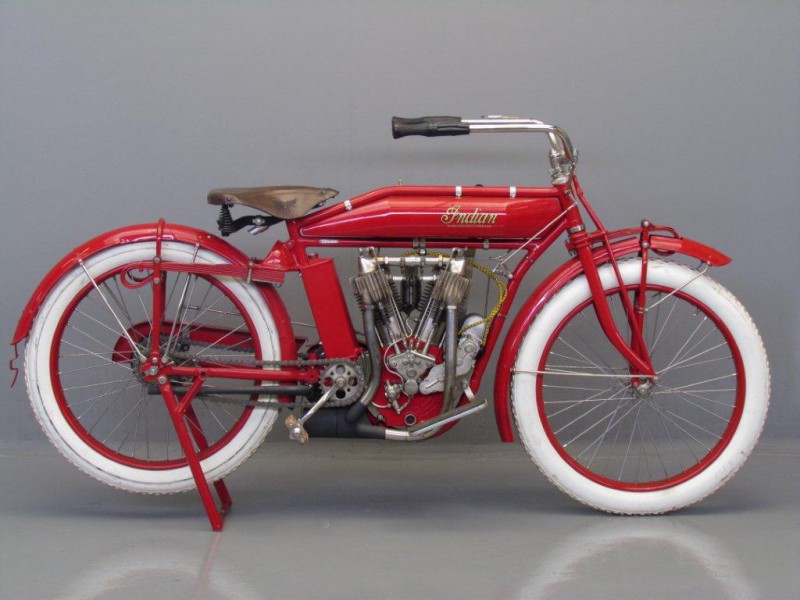 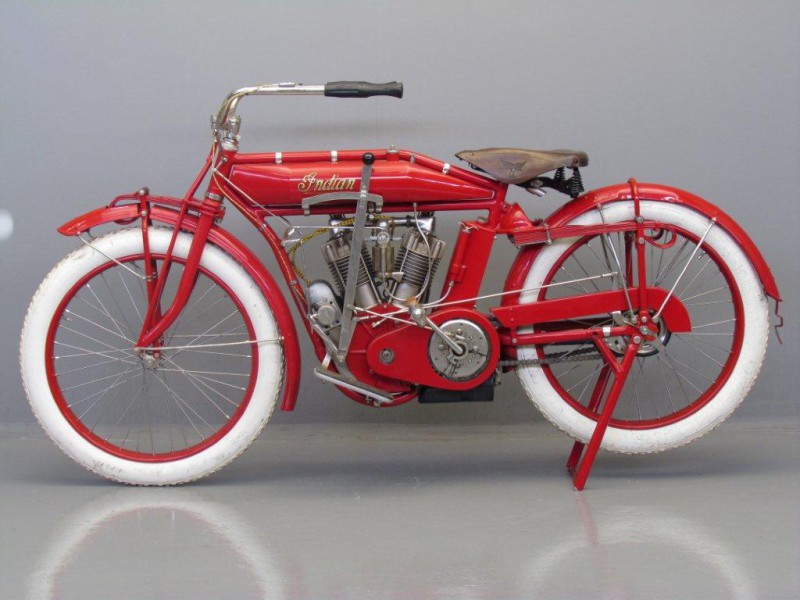 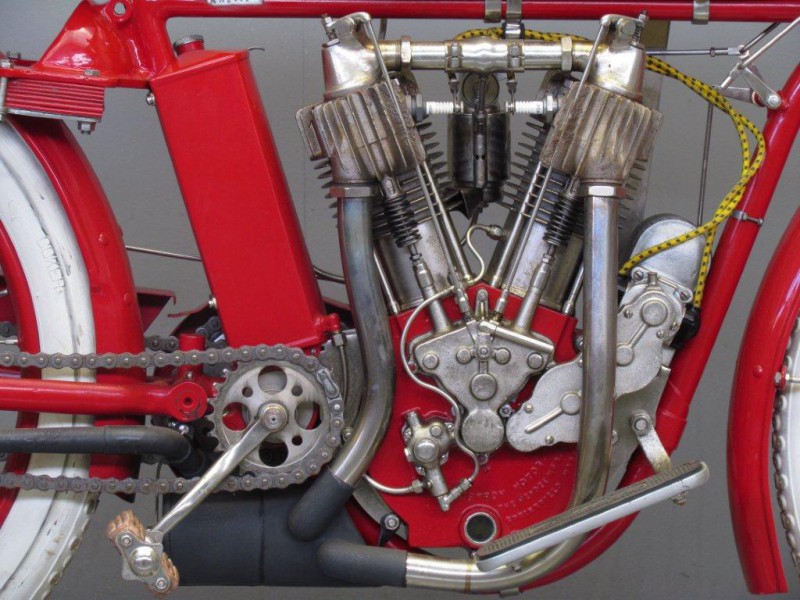 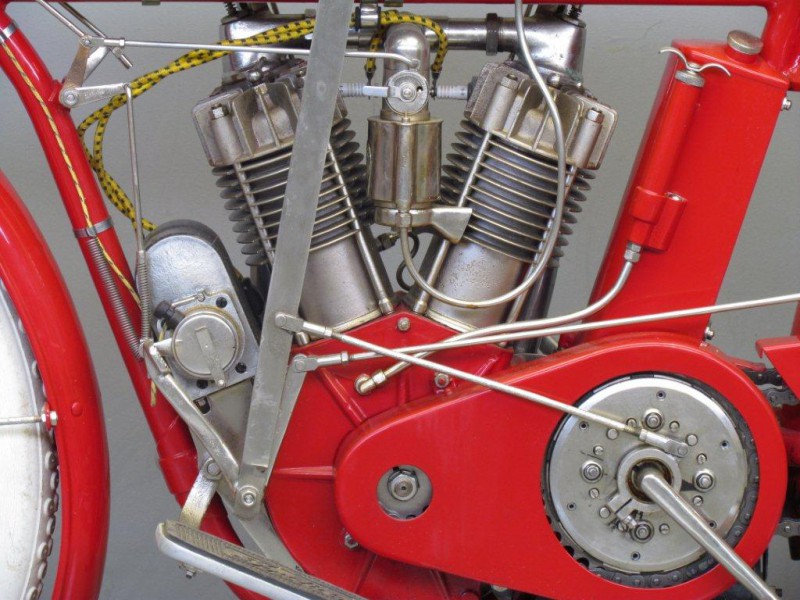 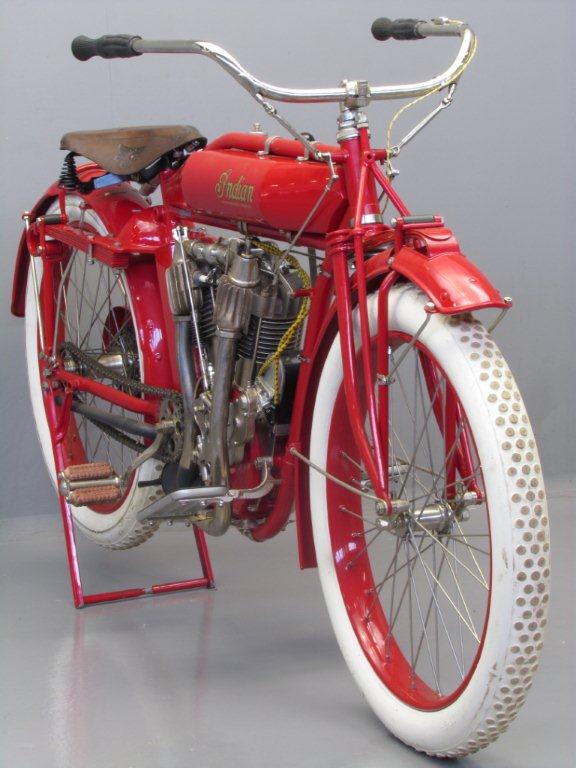 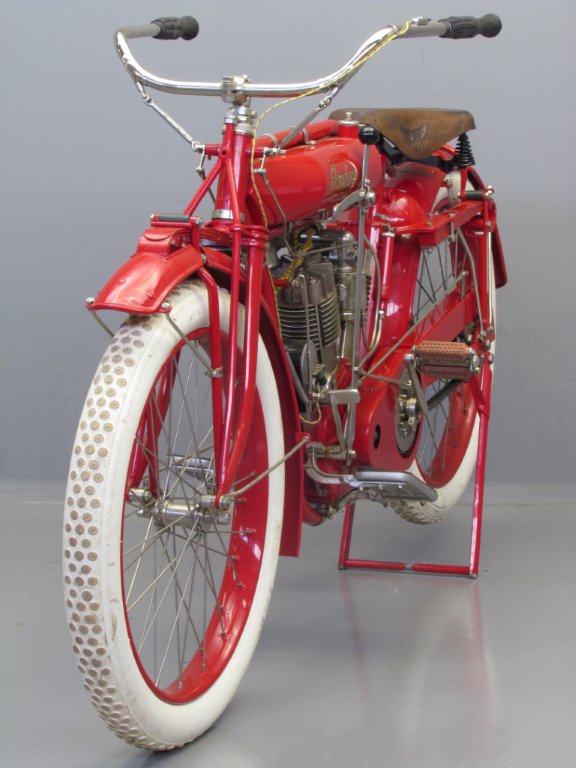 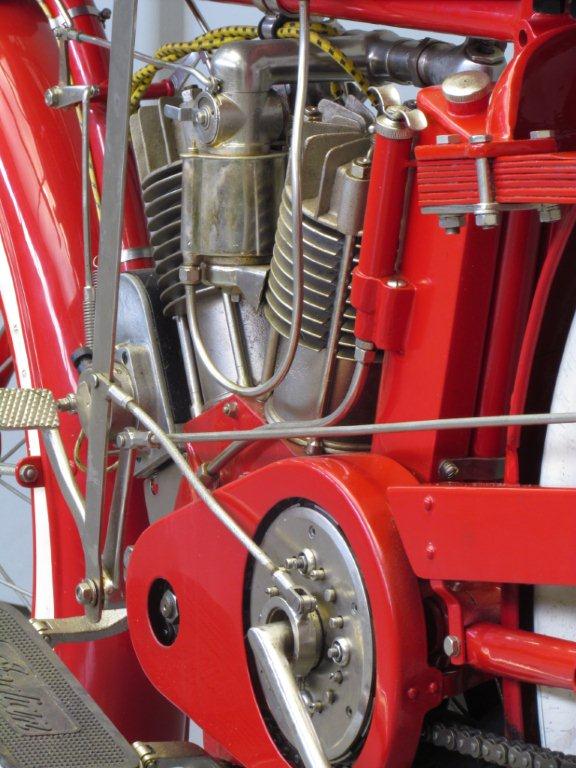 Oscar Hedstrom and Oliver Hendee, both active in the cycle racing world, got together to found the Hendee Manufacturing Company and build the first prototype Indian motorcycle in 1901.
That first machine was powered by a single-cylinder,  ‘F-head’ (inlet over exhaust) engine that formed part of the ‘diamond’ frame, in the Indian’s case it sloped rearwards to act as the seat tube.
An advanced feature in motorcycling’s early pioneering days, chain drive was used by Indian right  from the start.
The Indian single proved immensely successful and provided the basis for the first of the powerful, large-capacity v-twins for which the marque is best remembered.

Indian’s first, 38.61ci (633cc) v-twin appeared in 1907 with an engine clearly derived from that of the single, though mechanical inlet valves – introduced for 1908 – were an early improvement.
The twin’s rear cylinder continued to form part of the frame until 1909 when a loop frame of the type favoured by rivals Harley-Davidson was adopted.
The Springfield Company’s first ‘Big Twin’ debuted that same year displacing 61 ci (988cc).

In 1911 Indians  got first, second and third places  in the Manx TT and this victory  created much goodwill for the make in Europe.
By 1913 Indian was the largest motorcycle manufacturer in the world; the 1913 production was  almost 32,000 machines.
There were 2,000 dealers all over the world and  Indian controlled  some 42% of the  domestic  motorcycle market in the USA.
Four models were catalogued, a single speed single and twin and a two speed single and twin.
A new feature for 1913 was the spring frame This  “Regular Model” was the popular “basic” model with single speed with hand- operated  as well as foot-operated clutch and all-chain drive.
This machine must have been one of a batch of Indians that was sent to England by the end of 1912; the engine numbers refer to 1912 and the frame is the newly designed 1913 model which was  introduced in November 1912.
Several of these “ late 1912 models” survive.
This shiny machine has been restored some time ago.