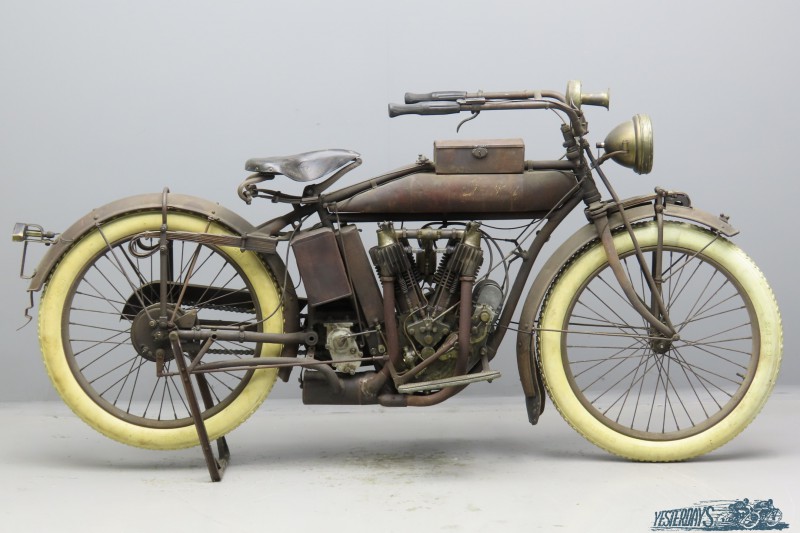 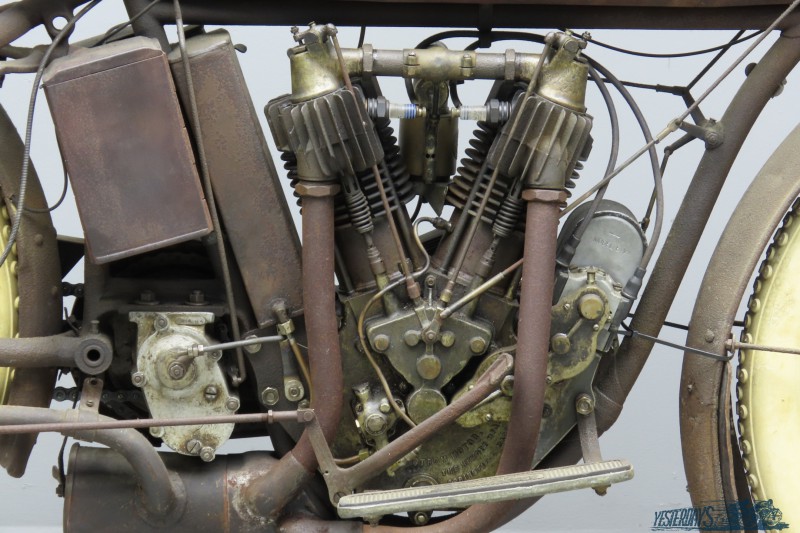 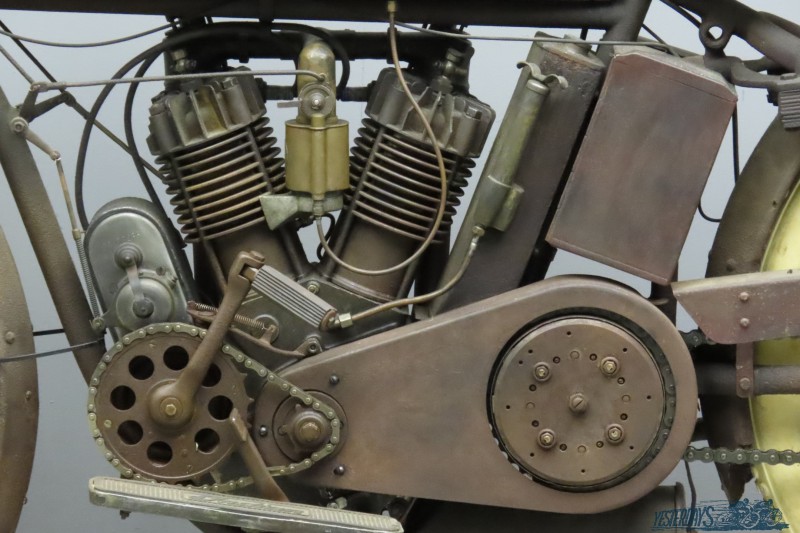 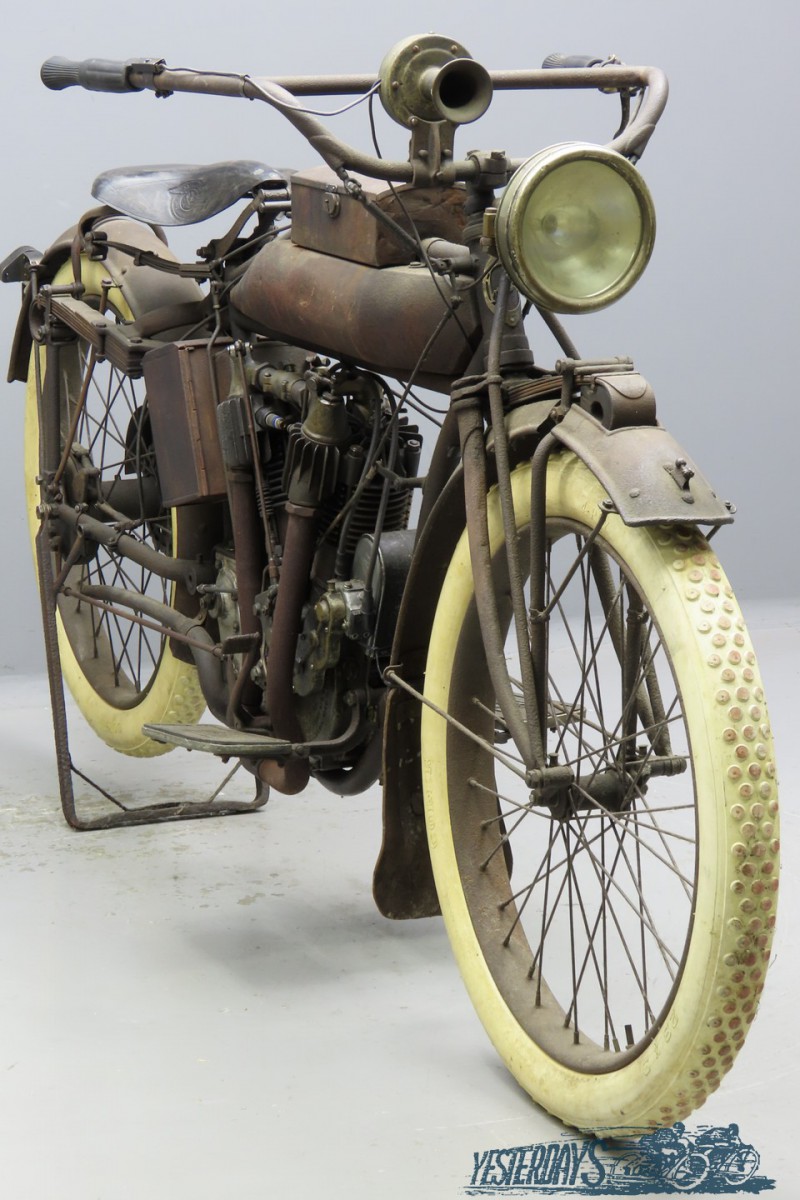 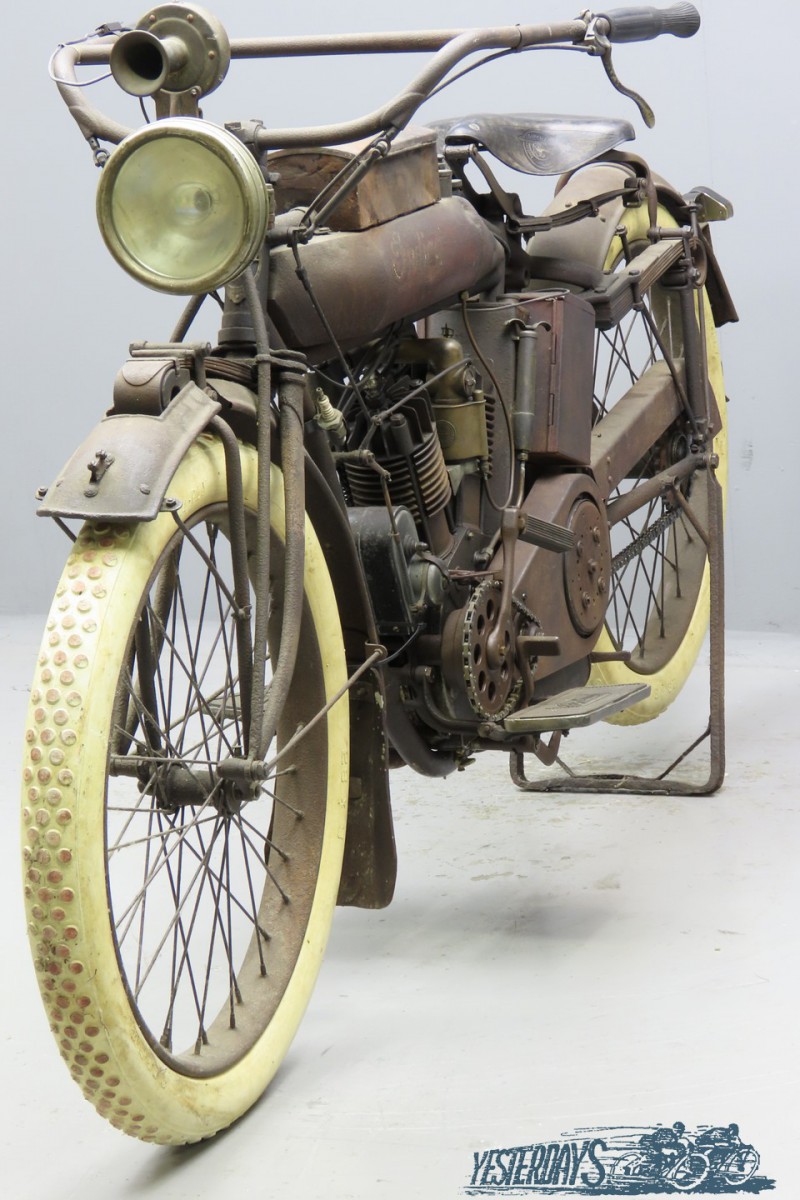 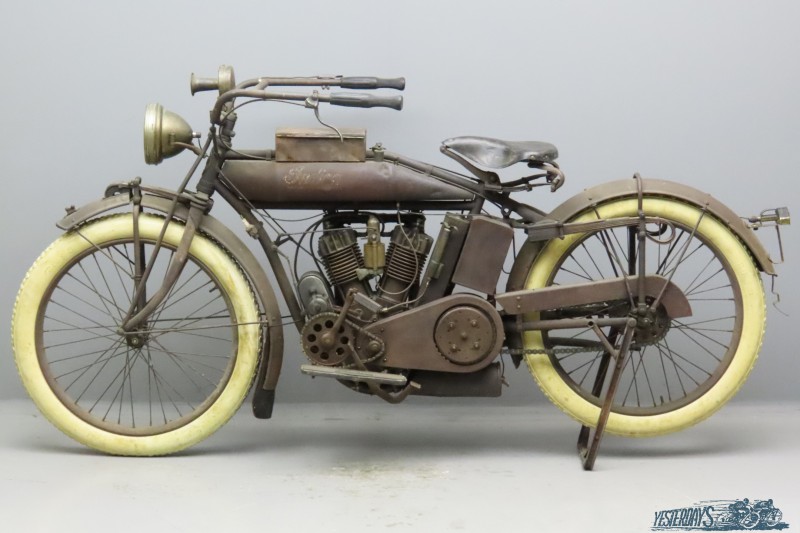 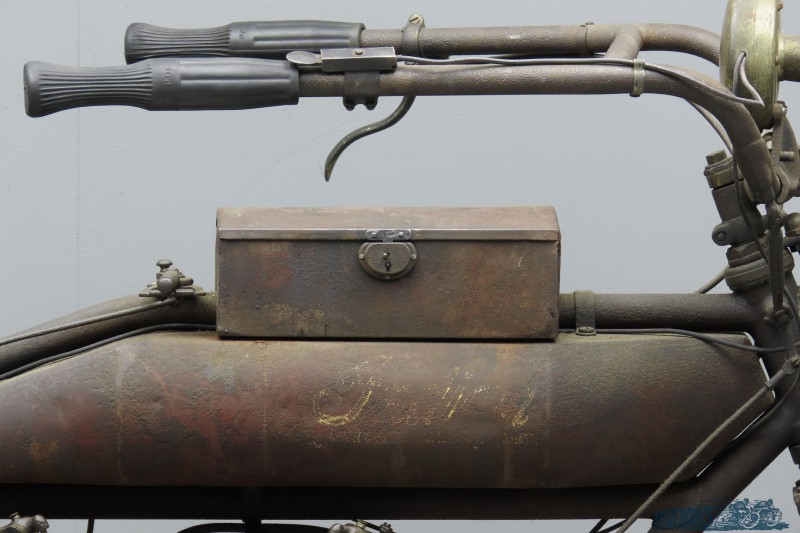 The Springfield Company’s first ‘Big Twin’, displacing 61 ci (988cc), debuted in 1909.
By 1913 Indian was the largest motorcycle manufacturer in the world: Harry Sucher reports that during that year 31,950 machines were produced, approximately 42% of the total domestic production.
About a quart of these Indians were sold in foreign countries. The 1914 catalogue predicted a production of 60,000 Indians and announced “Thirty-Eight Betterments”.
Actual production would amount to less than the1913 output but Indians were at the forefront everywhere in the world. The 1914 range comprised five 7 HP twin models: a single-speeder with or without electrical equipment, ditto two speed models and a sporty “Light Roadster”.
And then there was the electric-starting “ Hendee Special”, of which the catalogue boasted “In the Hendee Special there has been evolved a machine, which the motorcycle world must recognize as its masterpiece”.
This did turn out rather unfortunate though and factory production of this technical failure was halted in March.
The starting mechanism worked well but the then available batteries had insufficient capacity.
The machine we present here is the electrically-equipped two speeder.
Two batteries form the power source, no dynamo is fitted.
The factory didn’t think that was necessary; “when the lights become dim the battery in service should be cut out and the fresh battery cut in; at the first opportunity the exhausted battery should then be recharged for reserve.
The average cost for recharging the batteries, used in the Indian, is slight, and as 15 hours of light may be expected from each battery when used intermittently, and 12½ when used steadily, it is evident that the capacity of each battery is ample for fully 750 miles night-riding, and the renewal cost is negligible.
In fact, the cost of maintenance of the electric lighting system is lower than any other.”(source: 1914 sales catalogue)

This two-speeder with electric horn, kick starter and foot-controlled clutch is a very practical veteran motorcycle.
There are two independent brakes on the rear wheel, a hand-operated external contracting band system and a foot-operated internal expanding brake.
Machines in authentic and unrestored condition are much sought-after nowadays and this Big Twin is a fantastic example!