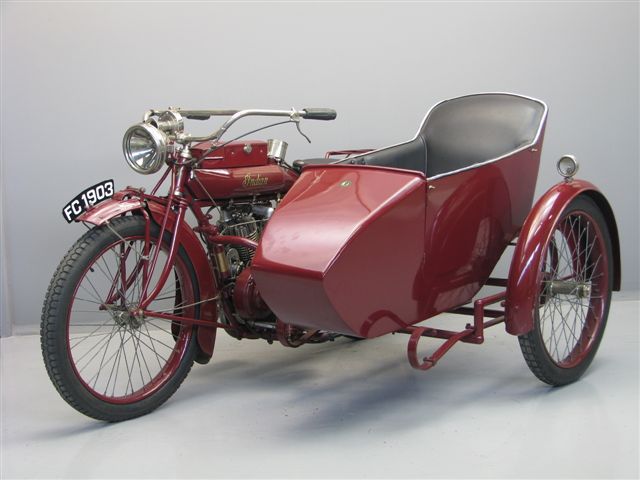 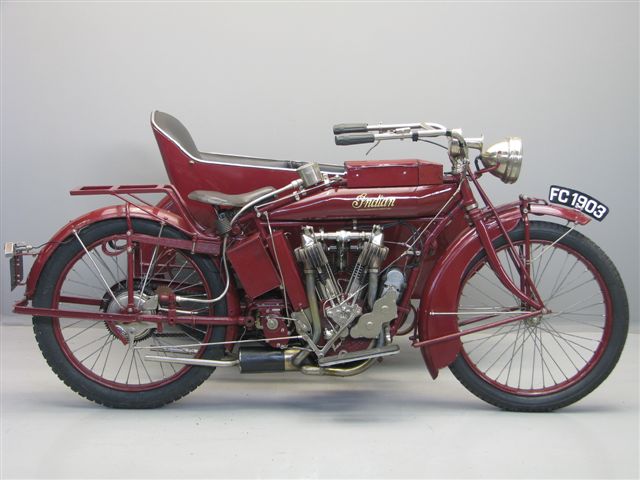 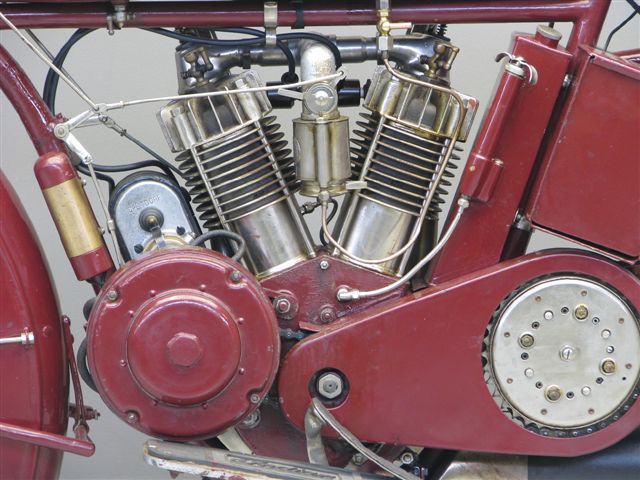 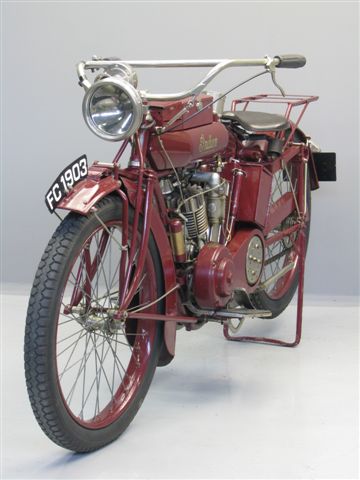 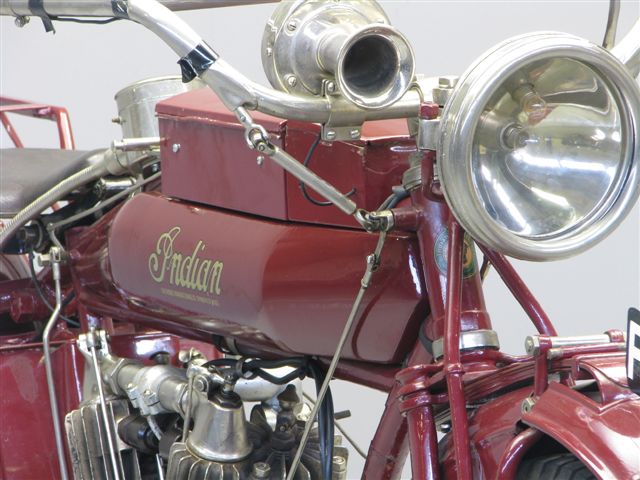 Indian brought out this model as their top line in 1914.
It featured electric lighting, horn, and starter. Unfortunately, the batteries of the day were not up to the task, and Indian fitted no kick-start to the Hendee Special, and no magneto to the first series.
They were recalled, after only 200 were built, and this is one of a handfull known survivors.A magneto was fitted to the second series and with modern batteries hidden in the sidecar,it works as the factory intended. Electric starters didn’t become an accepted motorcycle accessory until the ‘60s.
The starter is actually a 1 1/2 HP DC electric motor.
On activating the starter switch, the two six volt batteries in series operate the motor to spin the engine.
After starting, the wiring is switched to parallel, and the spinning motor charges the two batteries on six volts.
Encouraged by the success of the previous few years, Indian had such faith in this system, they didn’t fit any other form of starting device, and when batteries failed, Hendee Special owners were left on the side of the road.
This Special features the famous Indian “Cradle Spring Frame”, the first production swing arm rear suspension.
This combination was sold new in 1914 by Godfrey`s, London UK.
It is an older restoration and only a handful of these Hendee specials have survived.