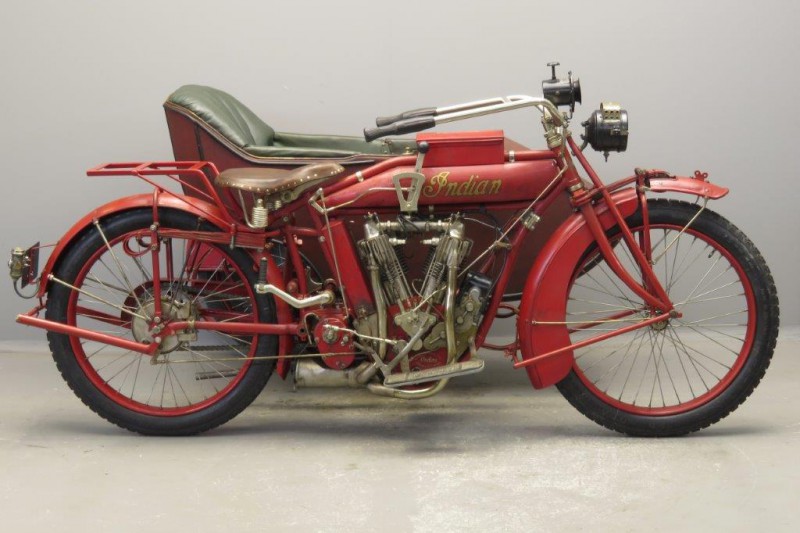 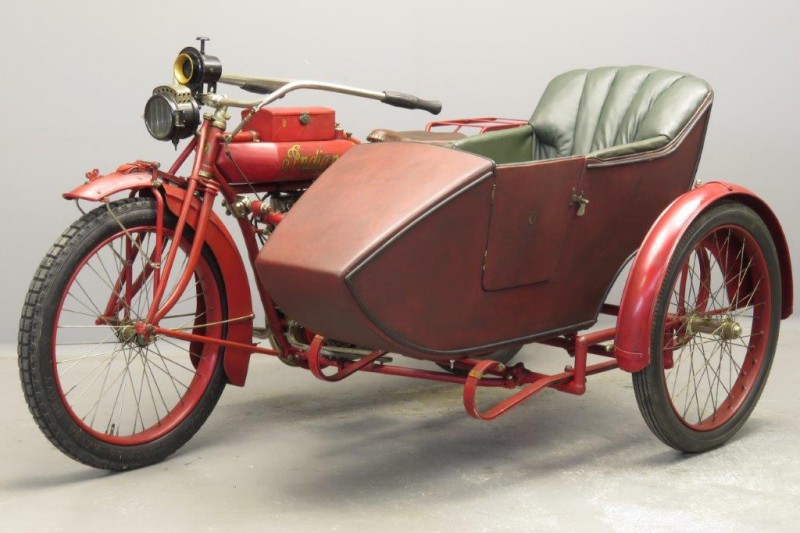 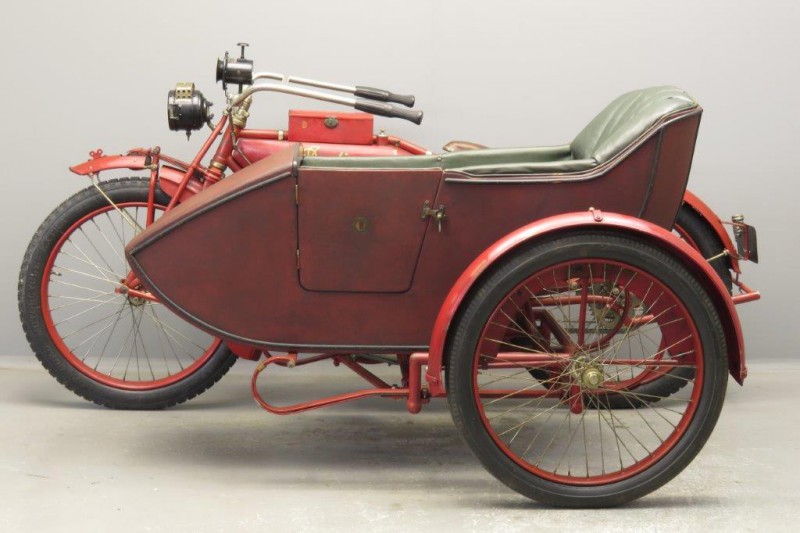 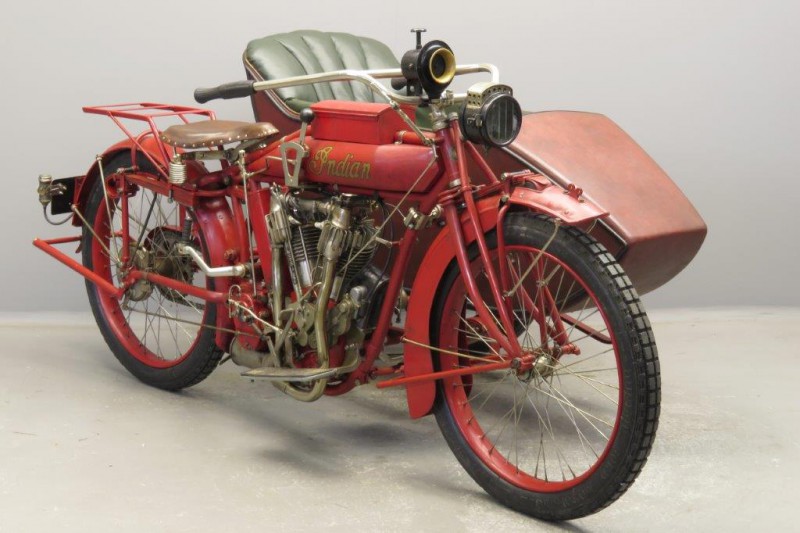 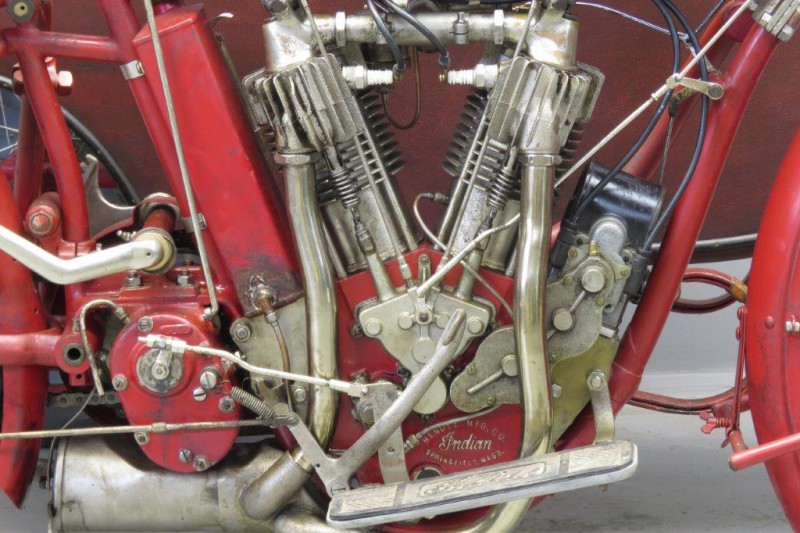 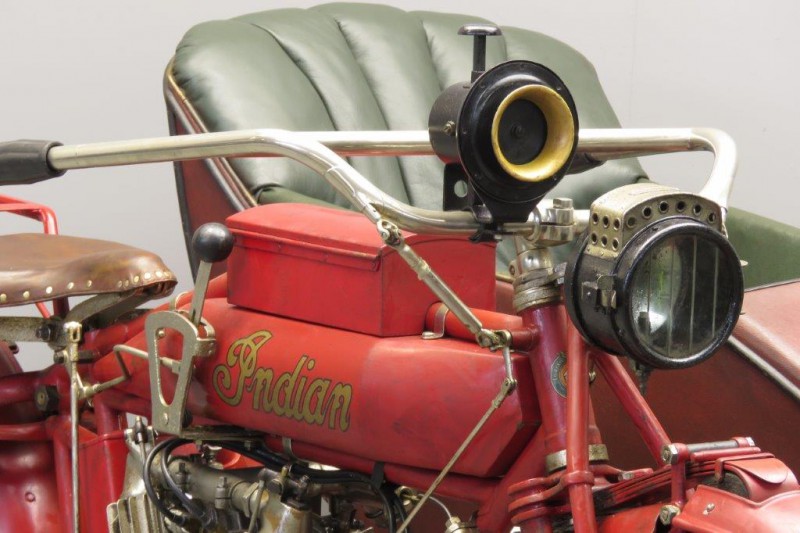 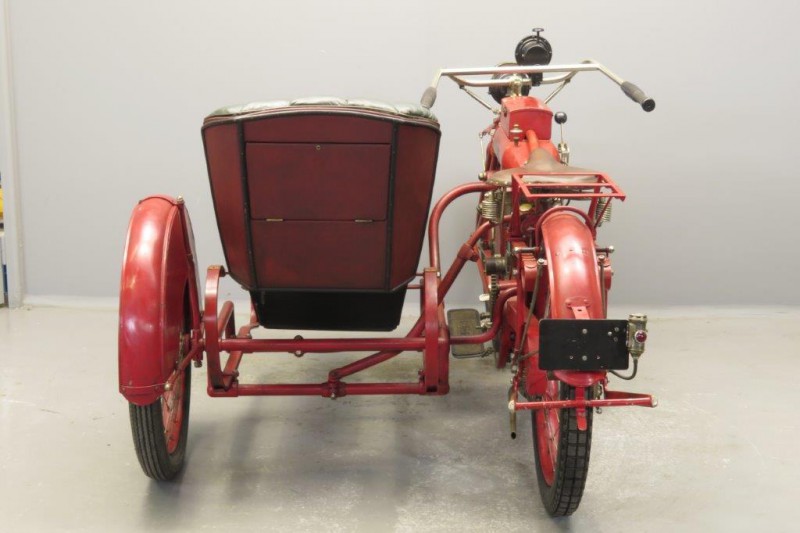 Indian’s first, 38.61ci (633cc) v-twin appeared in 1907 with an engine clearly derived from that of the single, though mechanical inlet valves – introduced for 1908 – were an early improvement.
The twin’s rear cylinder continued to form part of the frame until 1909 when a loop frame of the type favoured by rivals Harley-Davidson was adopted.
The Springfield Company’s first ‘Big Twin’ debuted that same year displacing 61 ci (988cc).
By 1913 Indian was the largest motorcycle manufacturer in the world; the 1913 production was almost 32,000 machines.
There were 2,000 dealers all over the world and Indian controlled some 42% of the domestic motorcycle market in the USA, according to a company claim.
For 1915 about 10 models were offered, among which featured a couple of lighter twins that were designated “Little Twin”. Some new features for 1915 were the use of chrome-vanadium steel tubing and the option of a three speed gearbox.
The “”Model C” was available in single speed and with 2 or 3 speed countershaft gearbox.
This graceful combination was found in a derelict condition in a farmer’s barn in Scotland in 1963 and has been restored in a long and meticulous process.
It’s fitted with a Binks carburettor that was already on the machine when it came out of the barn.