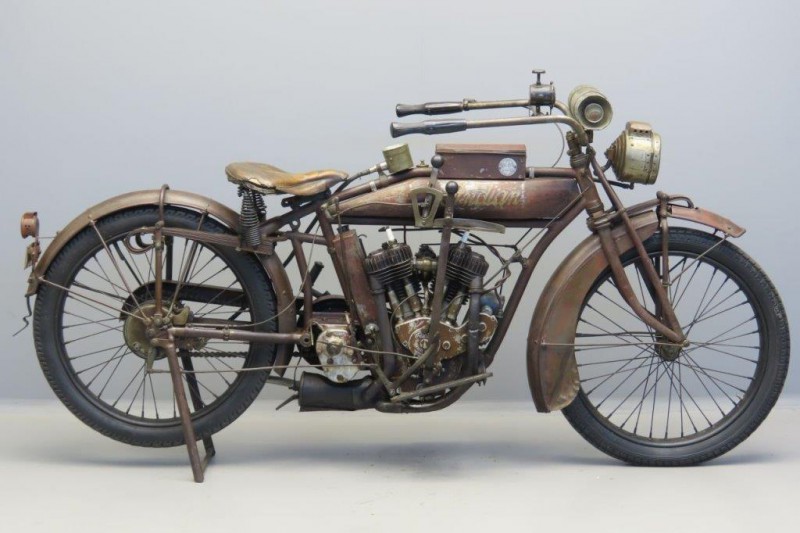 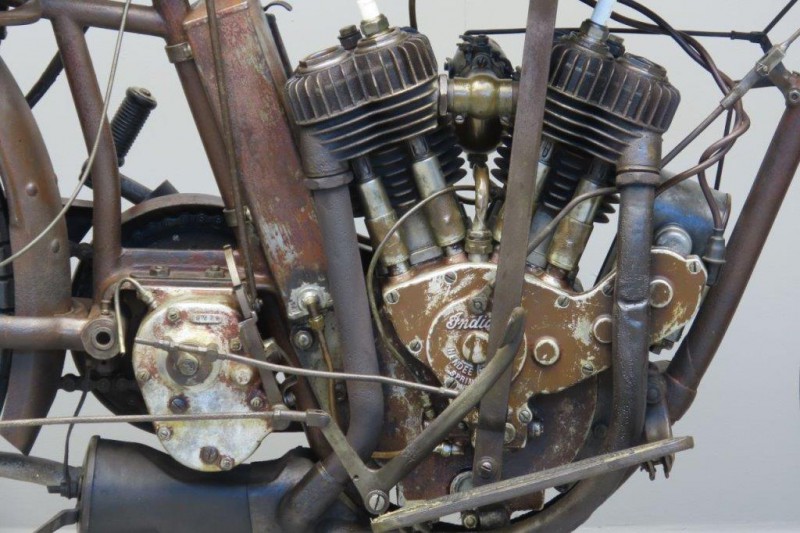 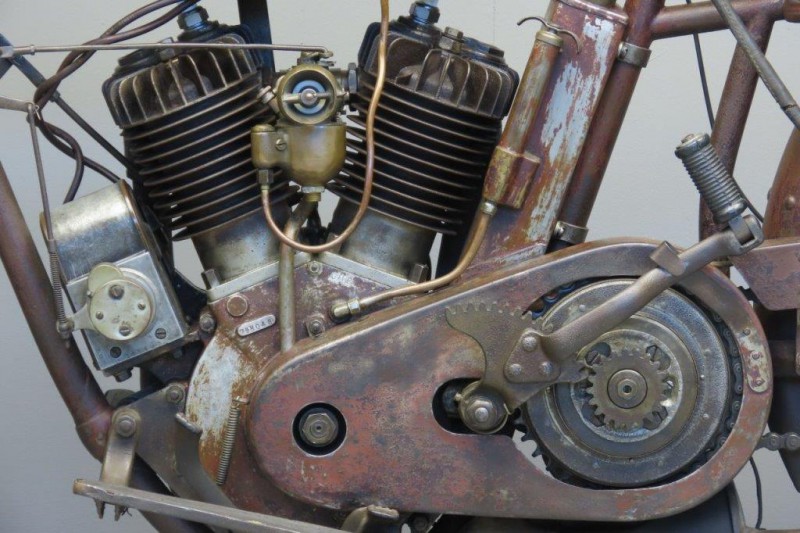 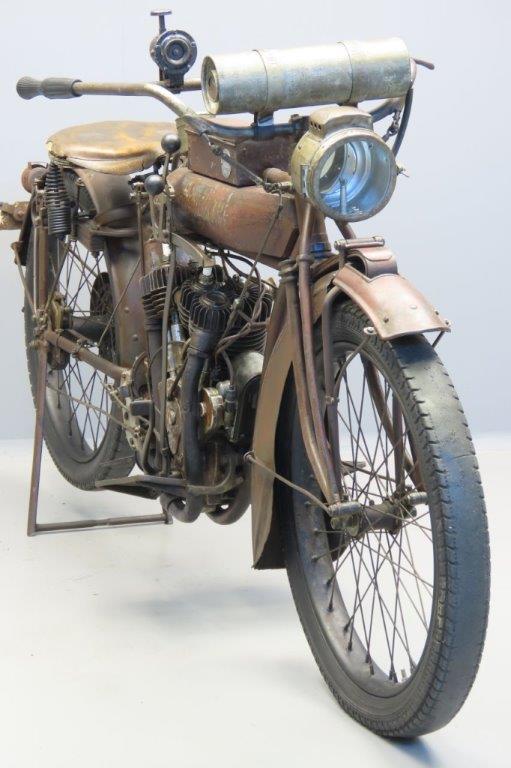 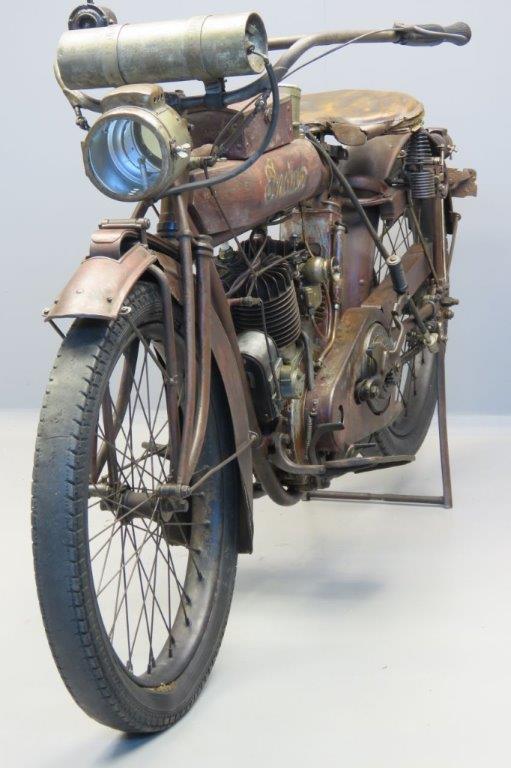 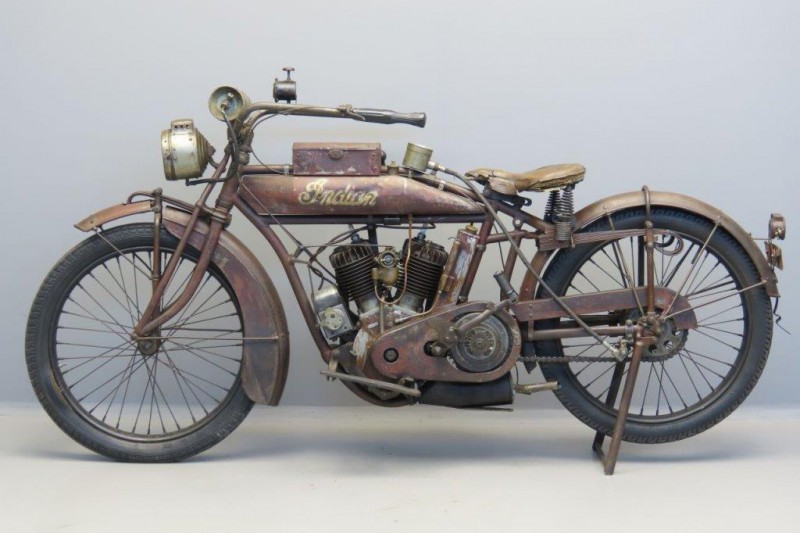 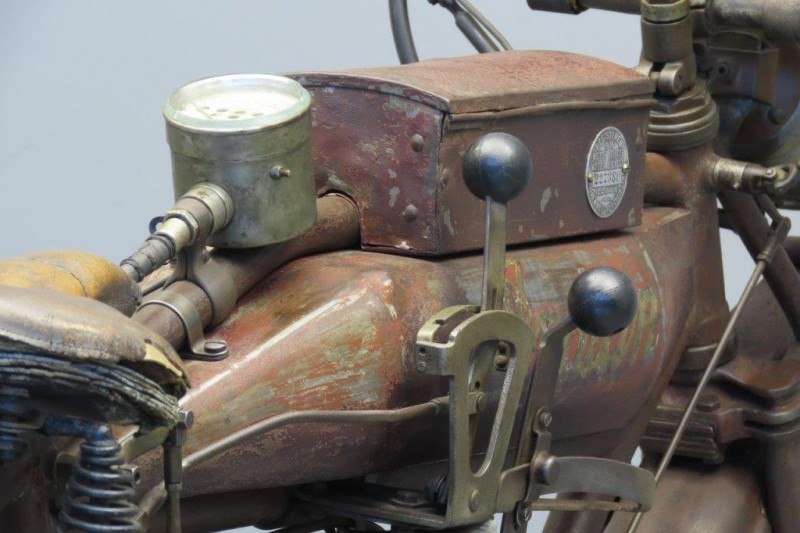 In the spring of 1915 Indian’s top management decided that the Hedstrom-type of engine had by now undergone its maximum economical development.
It was a relatively expensive engine to manufacture and the company was under pressure to cut production costs. Another point of consideration was that the latest models of competitors Excelsior and Harley-Davidson had shown a higher power development.
Chief designer Charles Gustafson was of the opinion that a well-designed, robust and reliable side valve engine could be the solution: it would deliver more power and be more economical to produce.
Various prototypes were tested and for the 1916 model year the new Indian PowerPlus was presented.
The engine was built with the same crankcase dimensions as the last Hedstrom type, so that it could be fitted to the current frames and engine plates without major changes in the standard big twin models.
The only other modification was the fitting of a slightly improved three-speed gearbox and a heavier clutch.
The PowerPlus was an immediate success and this model is still one of the most coveted American vintage motorcycles.
That goes especially for the first-year PowerPlus, still equipped with the old-style one-piece petrol tank and controls with rods, bell cranks and universal joints.
Accessories on this authentic and unrestored machine include Jones speedometer, acetylene lighting system with handlebar-mounted Prest-O-Lite tank and hand operated klaxon horn.
A notable detail is the 1916 Illinois registration badge # 227380 which is fitted to the side of the tanktop-mounted toolbag.