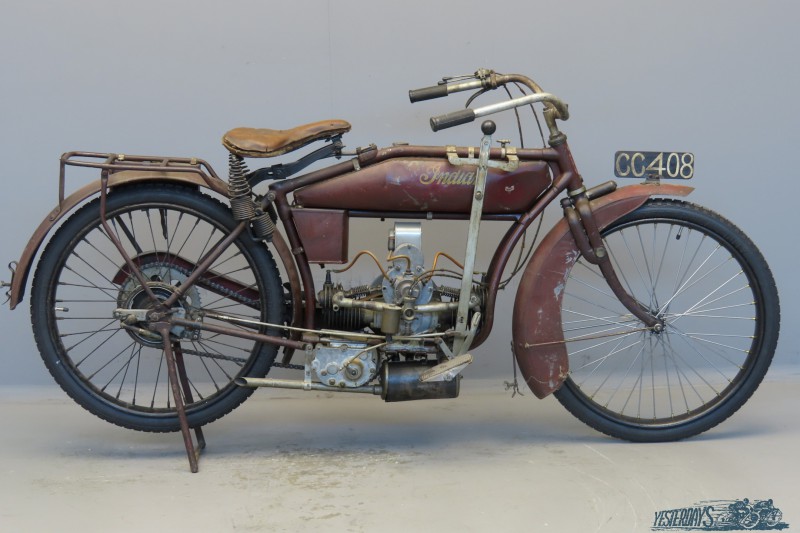 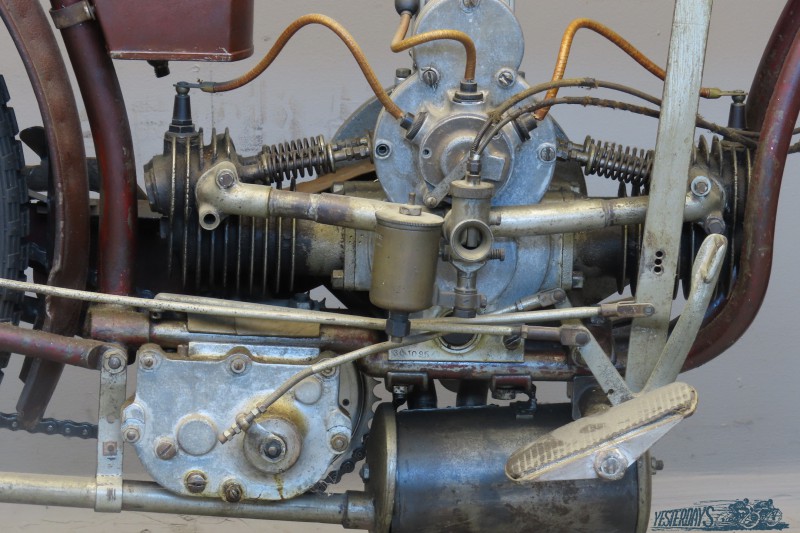 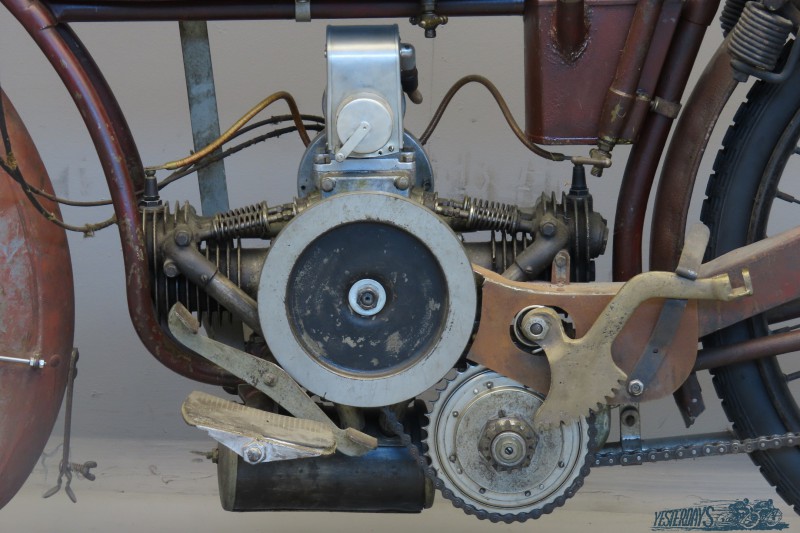 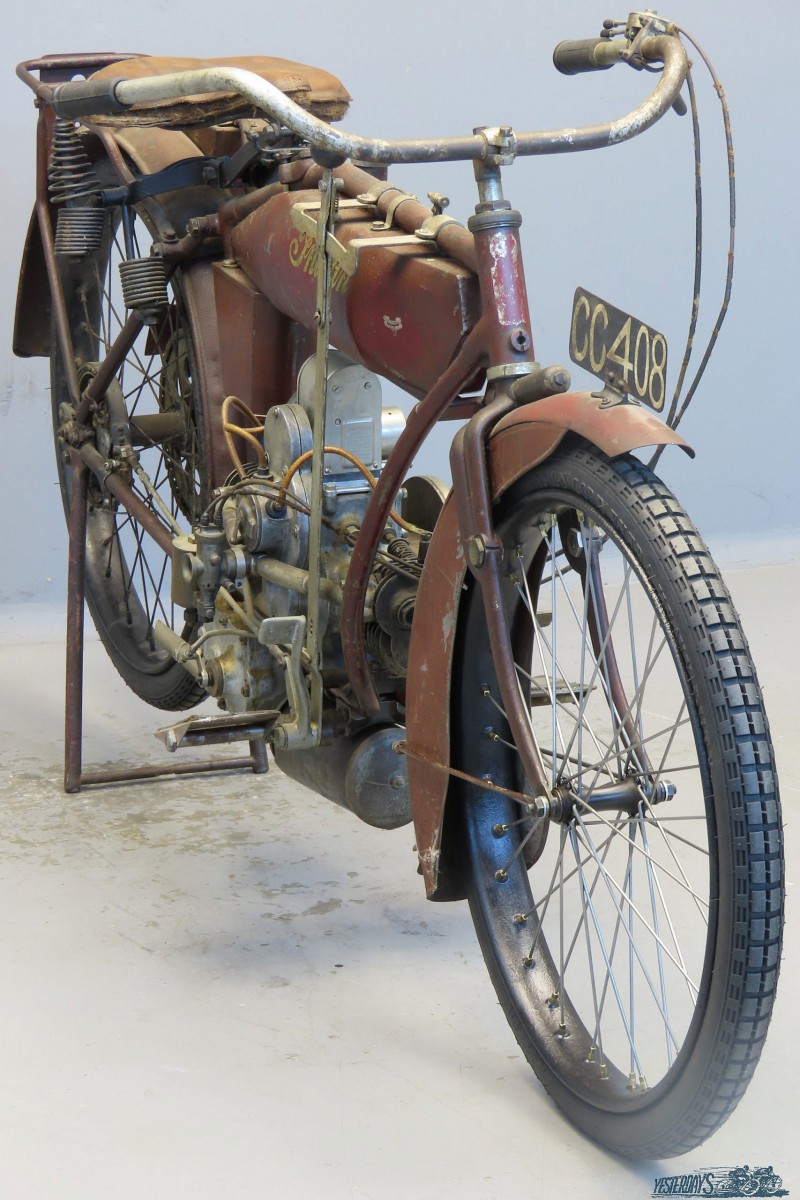 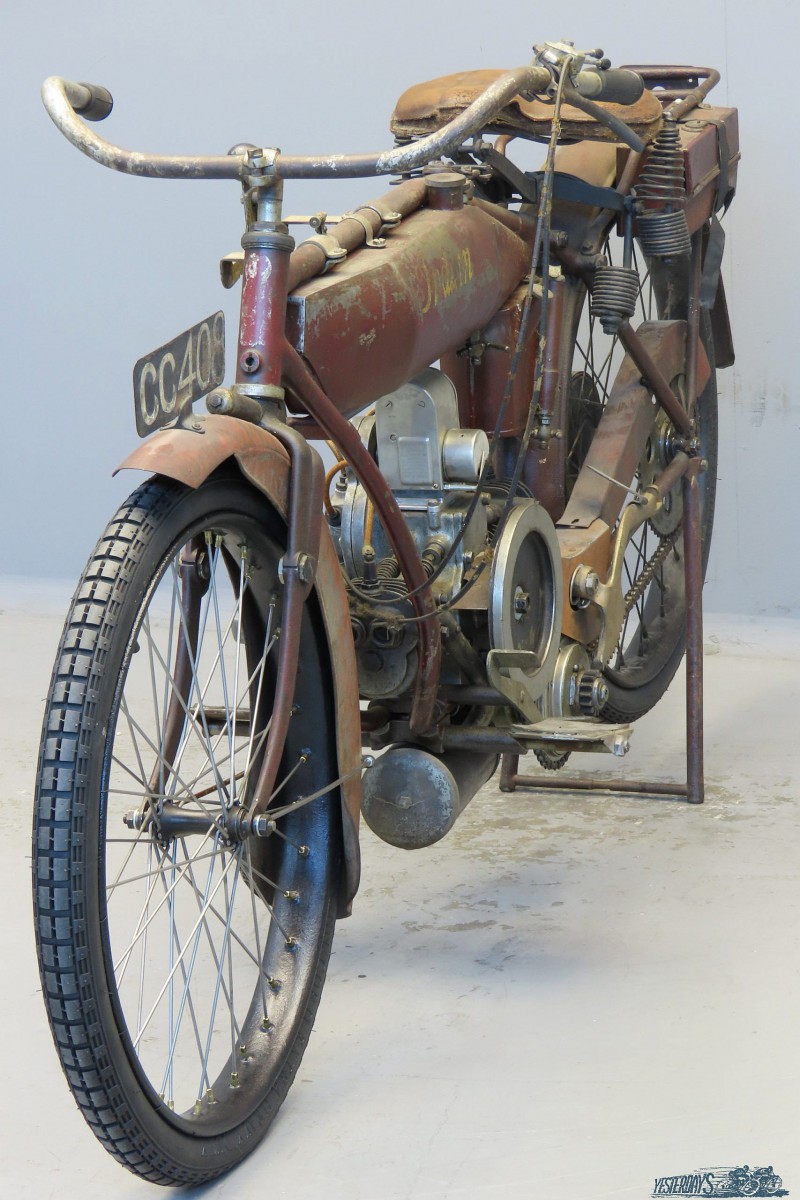 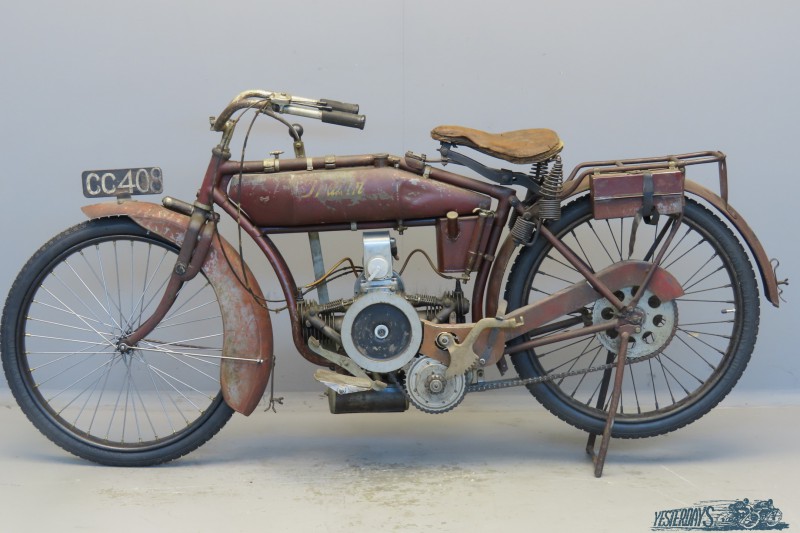 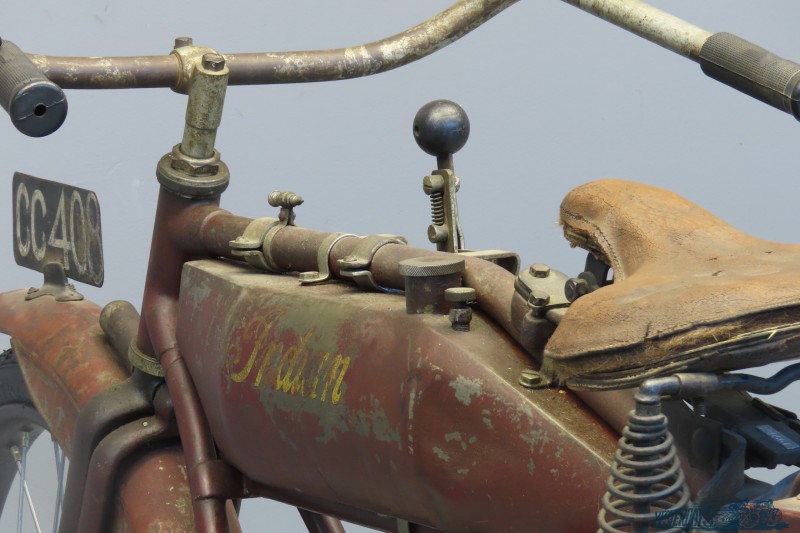 In the early years of world war one the Indian management decided it would be wise to add a light weight model to the range: such a model would add to their coverage of the market. There was a growing demand on the American home market for a light two stroke, as witnessed by the Cleveland that sold well. The lightweight was designated as the model K and catalogued as the “Featherweight”. It weighed 130 lbs, had an engine capacity of 221 cc and was pleasant to ride but it lacked power, max 35 mph on the flat. This new model failed to attract buyers in satisfactory numbers so Charles Franklin was assigned to come up with something different.
Inspired by the successful British Douglas twin he designed a light flat twin side valve machine, the model “O”. The new model was brought out in 1917 with the same front forks as those of the K, essentially the 1905 type cartridge type spring forks. The “O” had bore x stroke of 50.8 x 63.5 mm, Dixie high tension magneto with built-in distributor and three-speed gearbox. The 36 mph top speed was still moderate but it received favourable comments from many riders, as it was easy to start and pleasant to ride. Dealers were not too enthusiastic though and the fact that it reached some popularity among lady riders did no good to the model’s image with the more masculine type of rider. For model year 1918 a new cradle spring fork with five vanadium steel leaves came into use; other minor changes were a new type of gear change lever and bigger footboards. Sales didn’t improve though and the model was discontinued at the end of 1918. Because of its moderate sales and short production run not many are likely to have survived. The machine we offer spent a big part of its life in South-Africa, as witnessed by the original “CC408” South-African registration number. This “O” is in original an unrestored condition and largely complete. She comes with Dixie magneto and B&B carburettor.