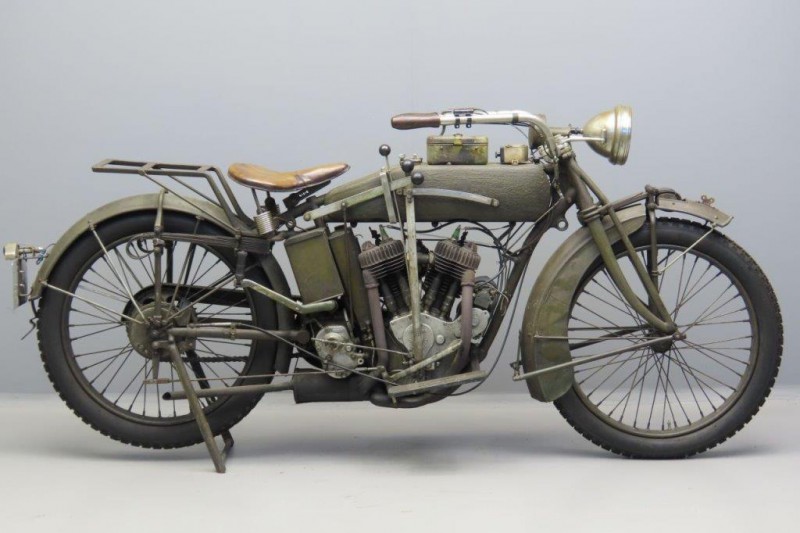 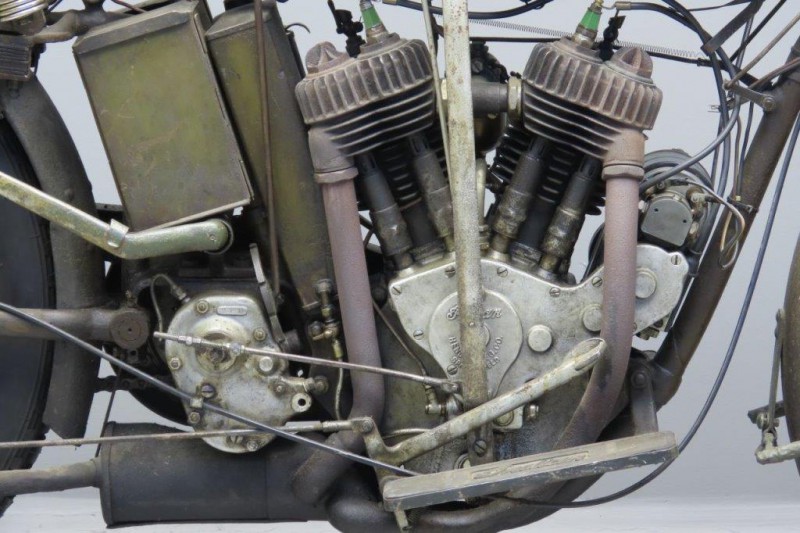 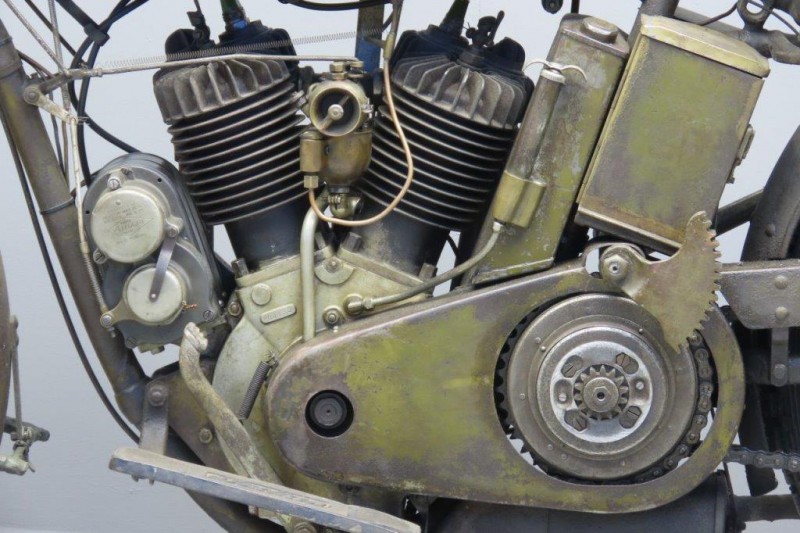 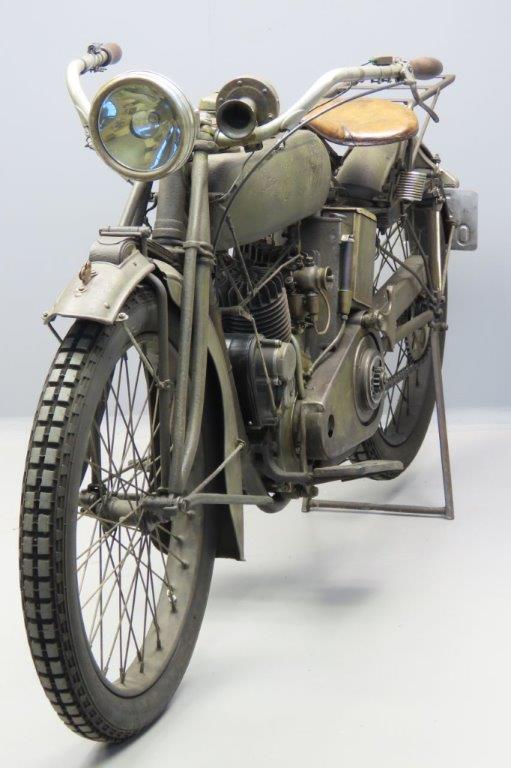 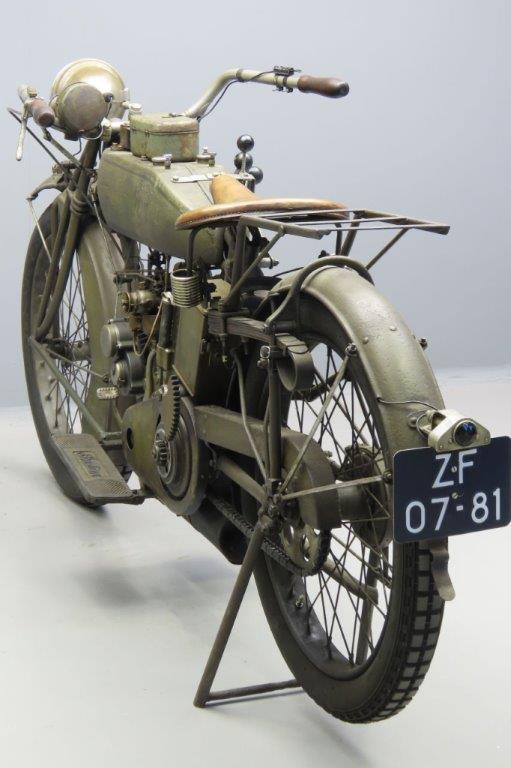 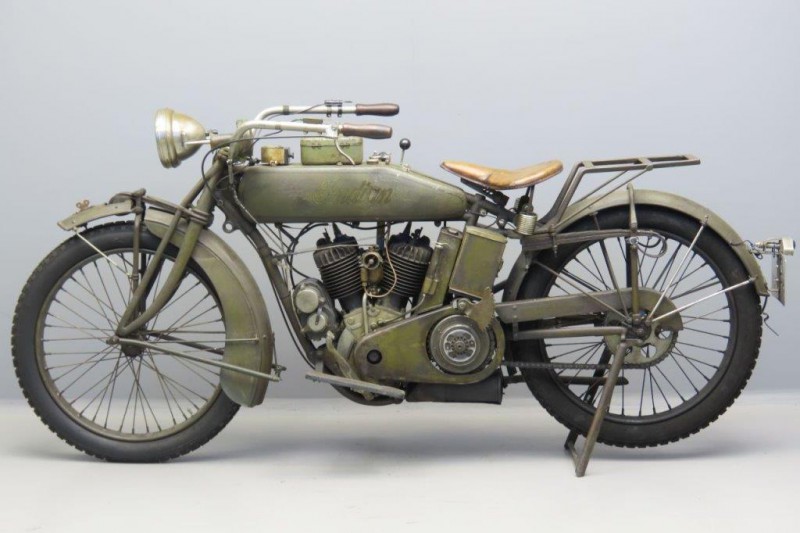 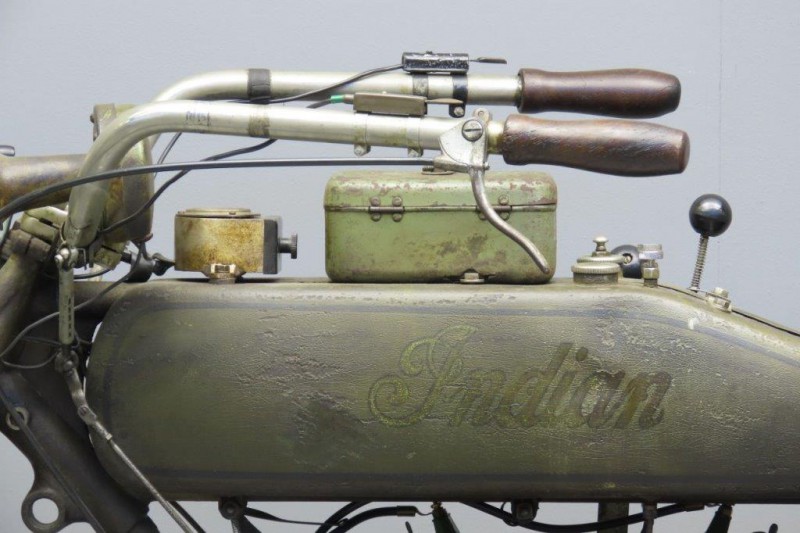 1917 was the second year the PowerPlus was offered and the most important change for that model year was the fitting of more substantial front forks.
The earlier Indian forks were of the single-stem type, this was now changed to a triple stem system.
This meant that the handlebars now got a double anchorage and were adjustable: “The rider is permitted to adjust the handlebars to whatever angle or degree he may desire, a safety and convenience feature found only on this new type of fork” the 1917 catalogue explained.
Other new features were the two-compartment petrol tank that had a capacity of 3¾ gallons (14 litres) and the new direct-action gear shifter that worked in a vertical plane. 1917 would be the last year of the distinctive but complex and expensive control rod system with bell cranks and universal joints, from 1918 on wire control would be utilized.
In the fall of 1916 the factory had contracted to supply an initial order of 20,000 PowerPlus machines for the army.
These were finished in olive drab and that’s probably why this colour was listed, together with blue, as an option in the 1917 catalogue.
This remarkable survivor spend much of its life in Australia, hence the crossover kickstart position.
Electrically-equipped early PowerPlusses are not often encountered: the company charged an extra $40 for this above the $275 standard price.
This machine is fitted with a rare Splitdorf magneto-dynamo combination, front and rear lights with Indian head logo, tanktop mounted light switch and ammeter and electrical horn on the handlebars.
The carefully preserved patina gives this outstanding machine a very authentic charm. She in good technical condition and has a current registration.