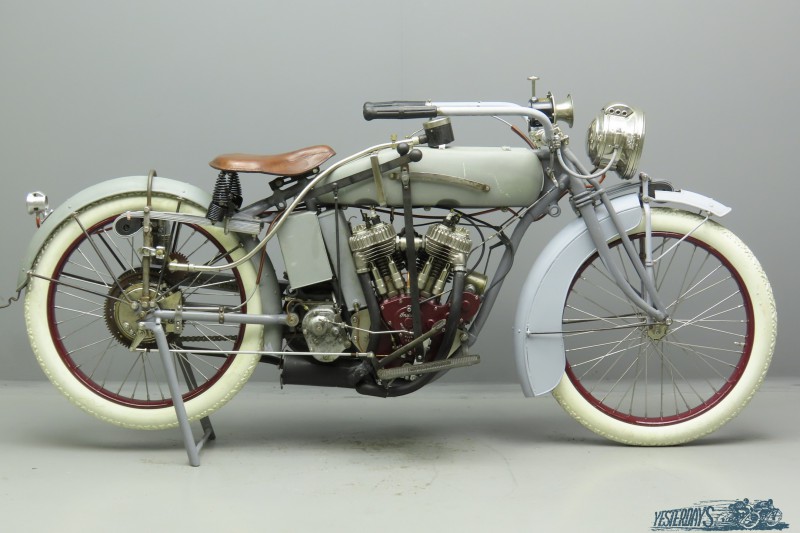 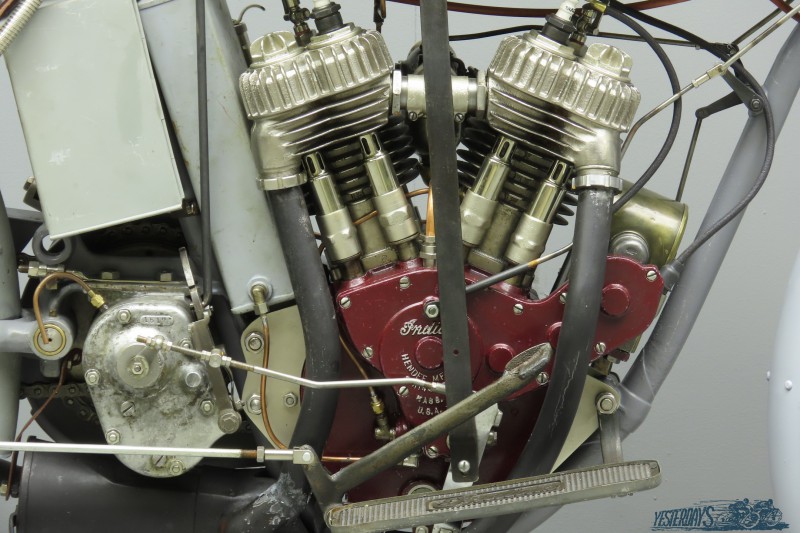 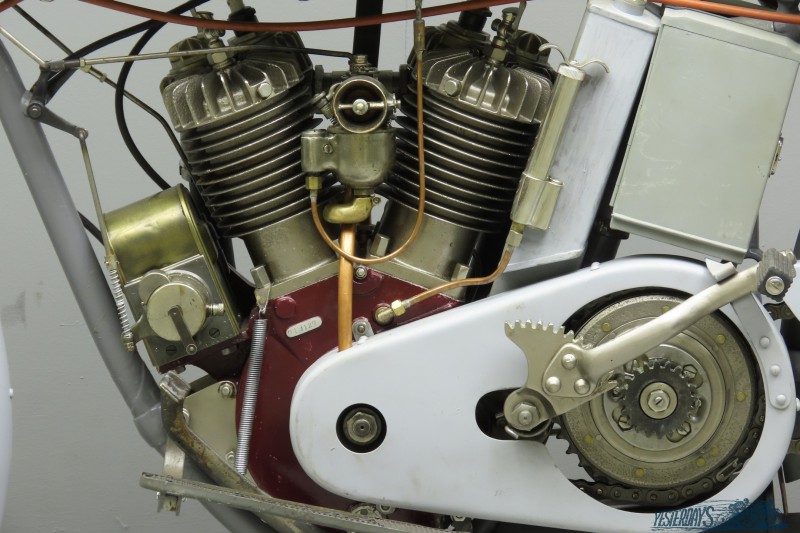 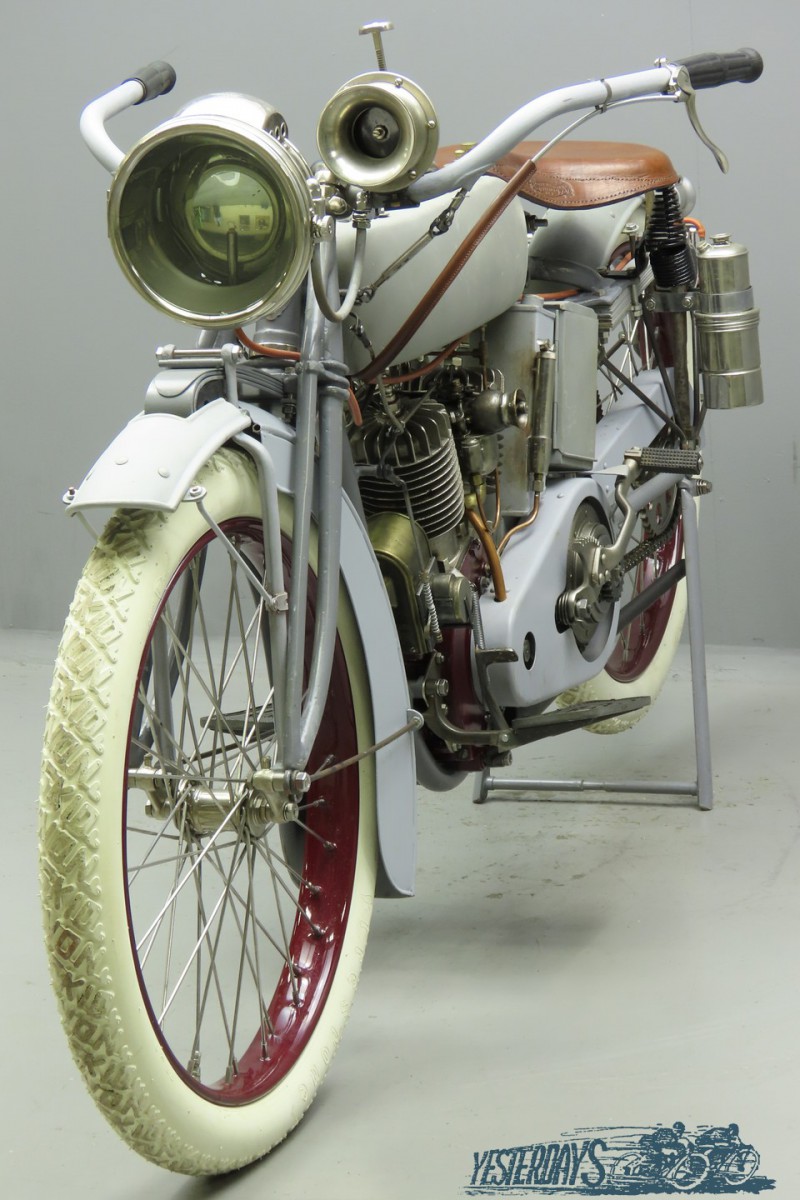 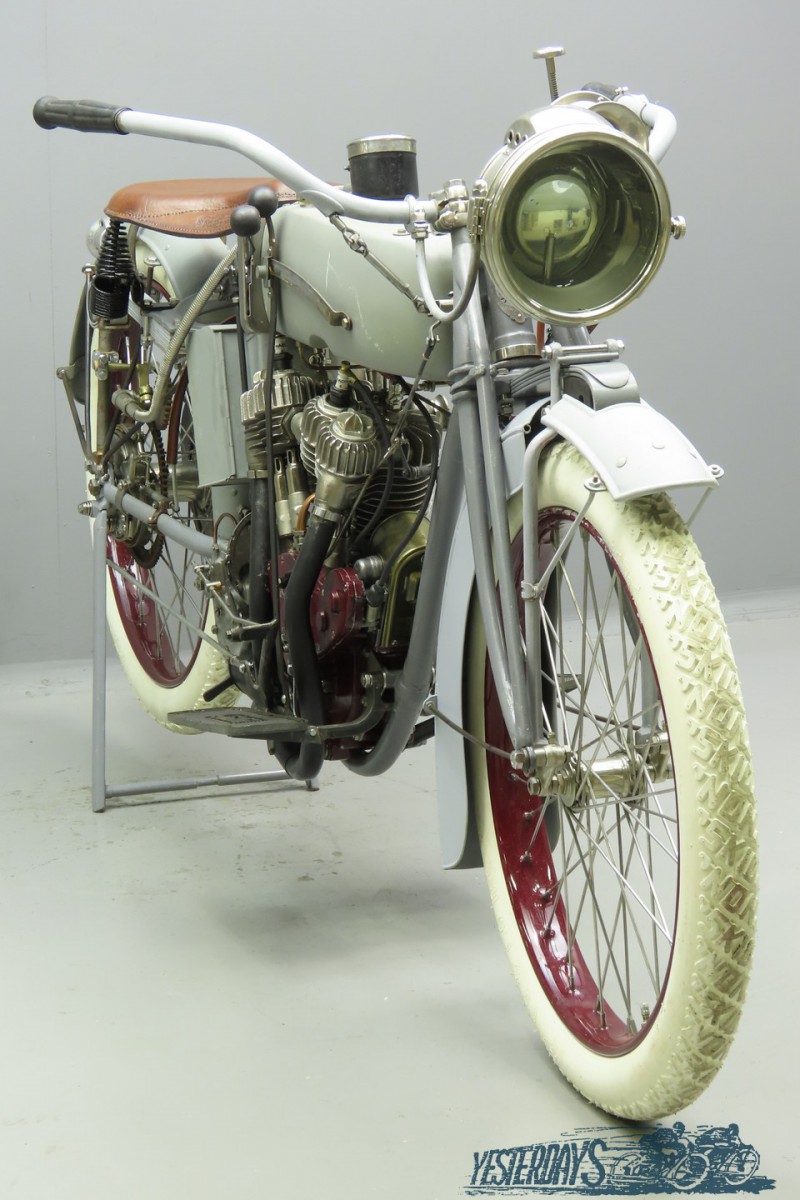 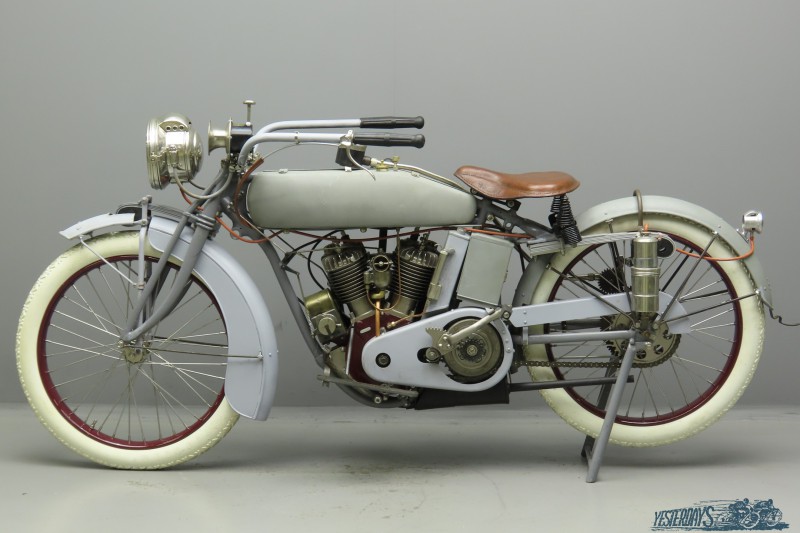 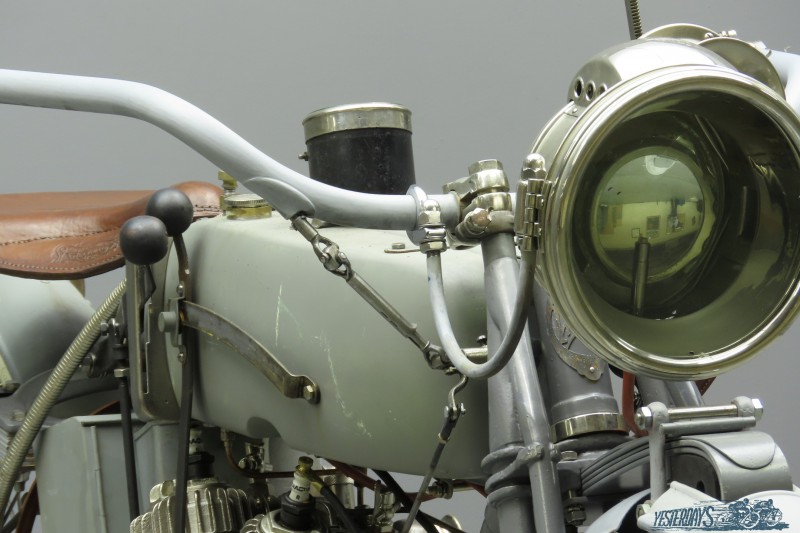 The Indian PowerPlus engine was a design of Charles Gustafson, who had already earned fame as an engine designer at the Reading Standard company before he was approached by the Indian management.
His task was to design a powerful, robust, reliable and production friendly engine to replace the old F-head V-twin design of Oscar Hedstrom.
The resulting 61” side valve PowerPlus introduced in 1916 was an immediate success and this model is still one of the most coveted American vintage motorcycles.
The machine on offer is a 1917 model, which still has the old style controls with rods, bell cranks and universal joints but is already equipped with the new two-piece petrol tank.
Power developed is a healthy 18 BHP.

This sturdy PowerPlus is complete and running but the paintwork needs to be finished.
The machine comes with complete acetylene lighting system with Solar No. 156 headlamp, Steward Hand Claxon and Corbin speedometer.