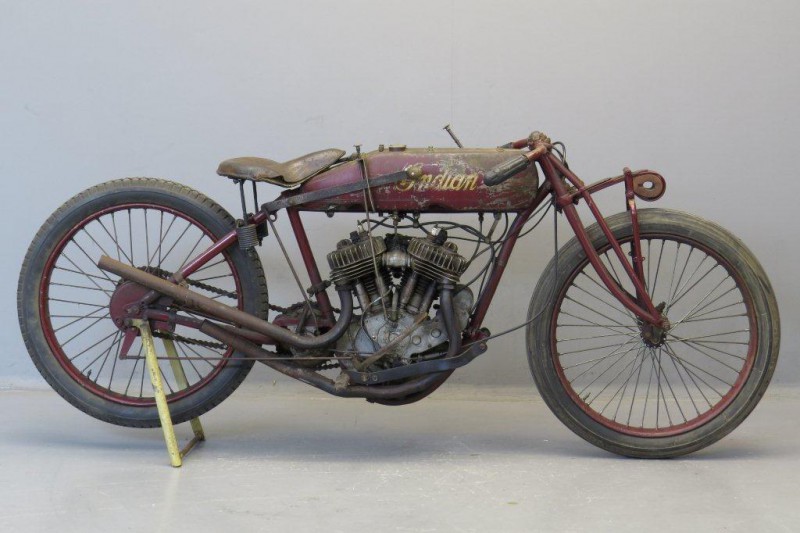 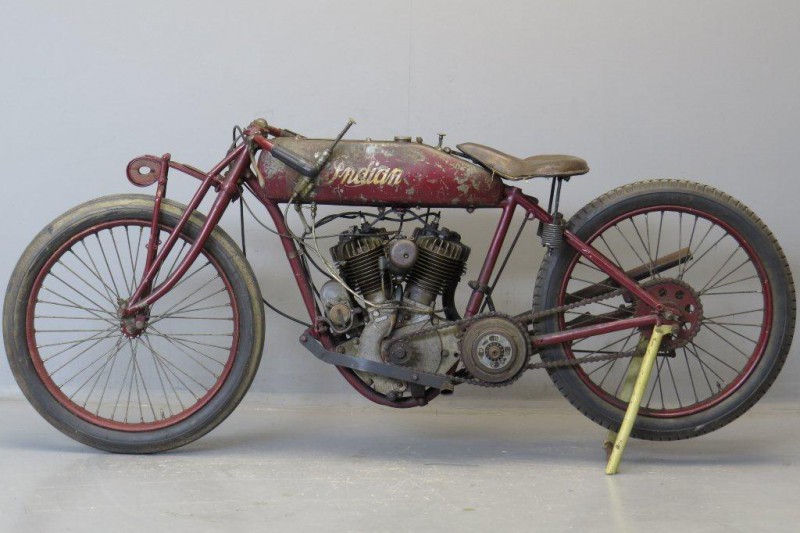 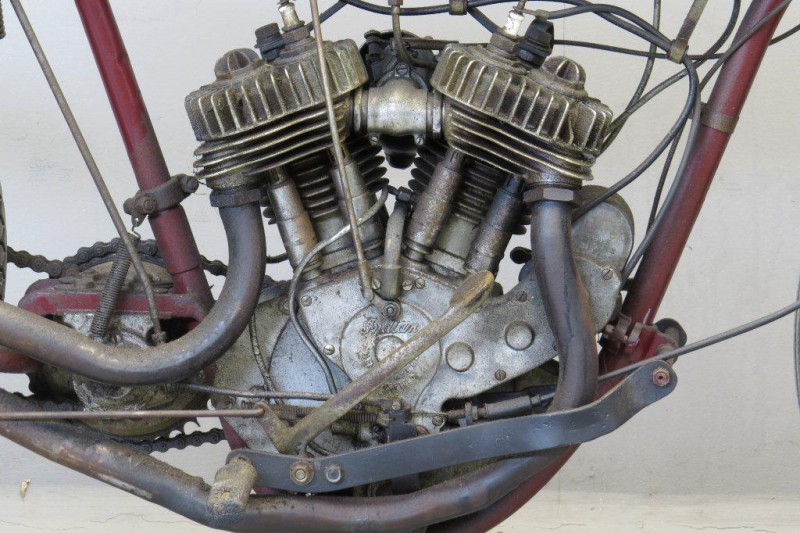 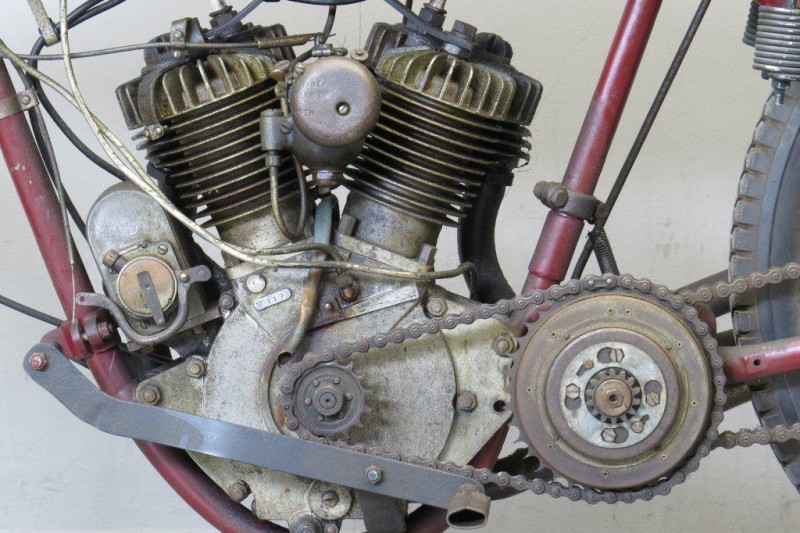 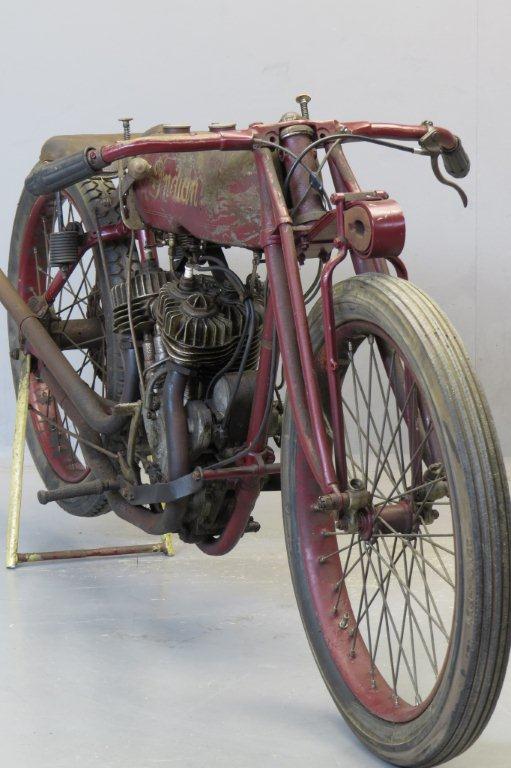 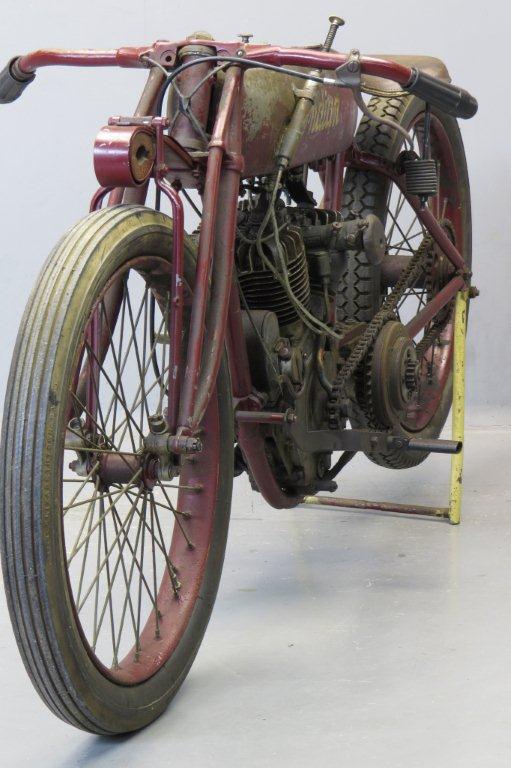 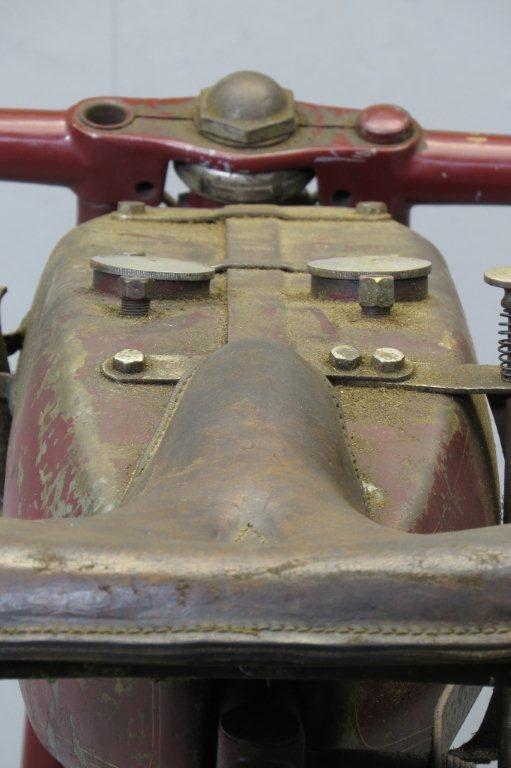 In April, 1920, an Indian PowerPlus, tuned by Charles B. Franklin and ridden by James McBride, reached a top speed of 99.25 mph on the  Daytona Beach race course in Florida.  Subsequently, the special race version of the PowerPlus motor became known as the Indian "Daytona." Throughout the 1920s various configurations of factory racers were built around Indian’s record-setting side-valve Daytona motor.
The cylinder fins which "wrap" around the exhaust ports and the forged steel flywheels    are  features   that distinguish the "Daytona" motor from its standard PowerPlus counterpart.
The serial numbers on "Daytona" race motors differ from standard production machines: the standard PowerPlus motor has a two digit numerical prefix before the letter in the serial number.
"Daytona" race motors have no numerical prefix.
( adapted from: http://www.statnekov.com/motorcycles/index.html
This website gives a  comprehensive description of early American  racers in their full glory.)

This authentic machine  is equipped with many special factory racing components such as special racing frame,  single gear competition transmission  and dropped racing handlebars.
This Indian "Daytona" which comes from the Australian Parker collection, will be a great addition  to  any collection of American racers because it was Indian’s very competitive entry against the Harley "banjo," 2-cam racers in the pre-1920 era.
This historic racing Indian is still in “as found” condition with the oil and dust gathered over a period of some decades still present.
The patina gives it just the right “soul” and charm which makes this unspoiled racing bike so attractive.