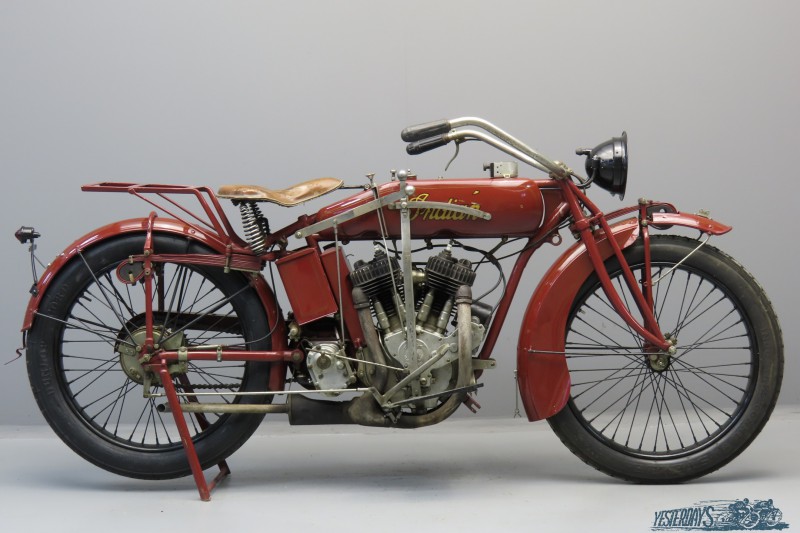 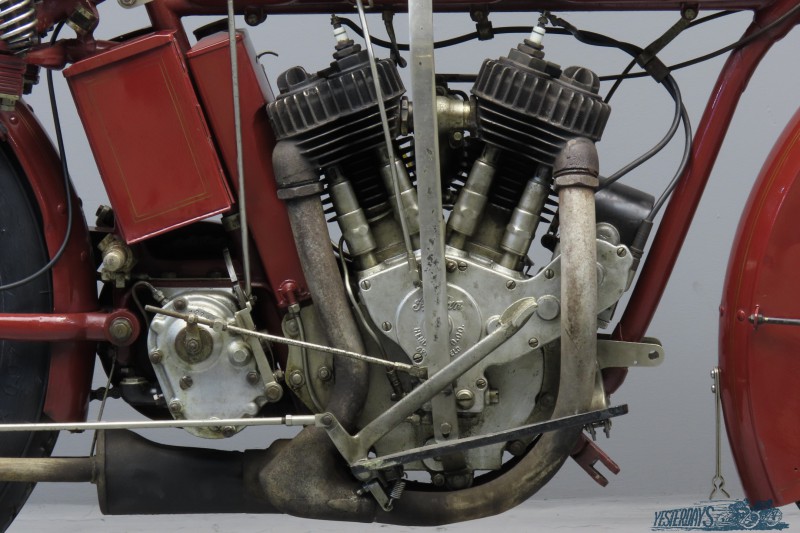 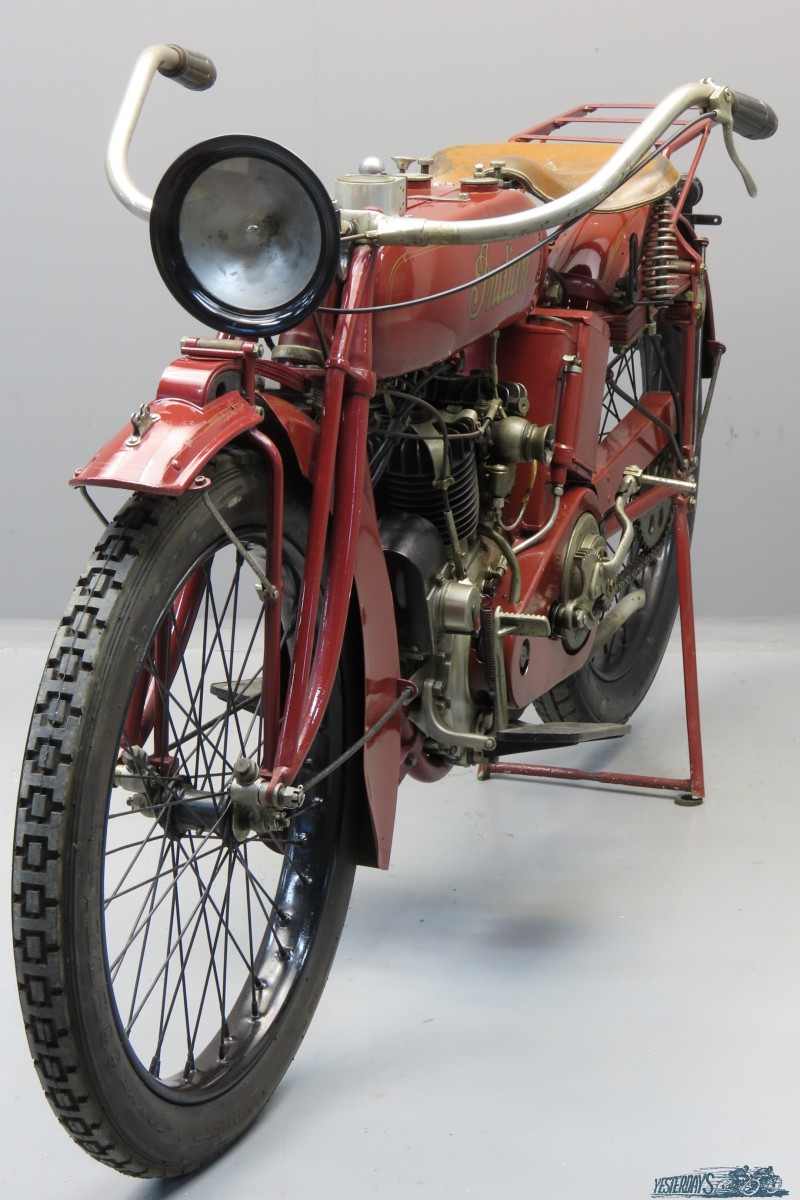 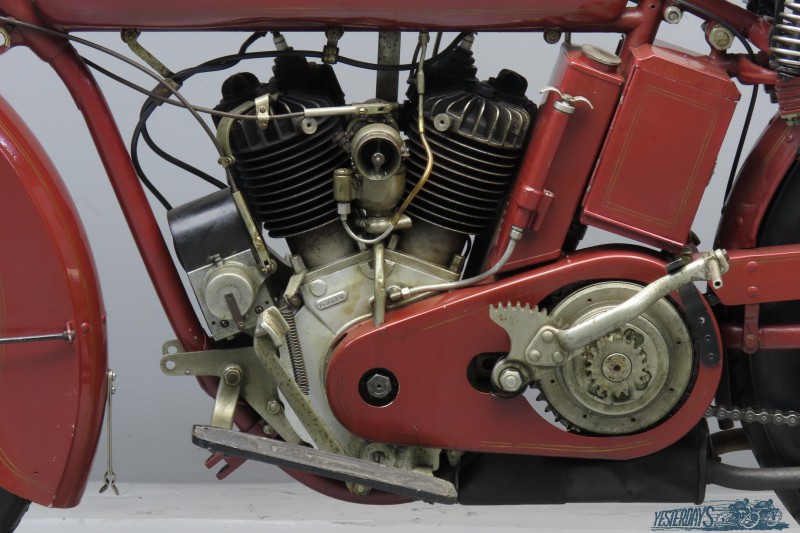 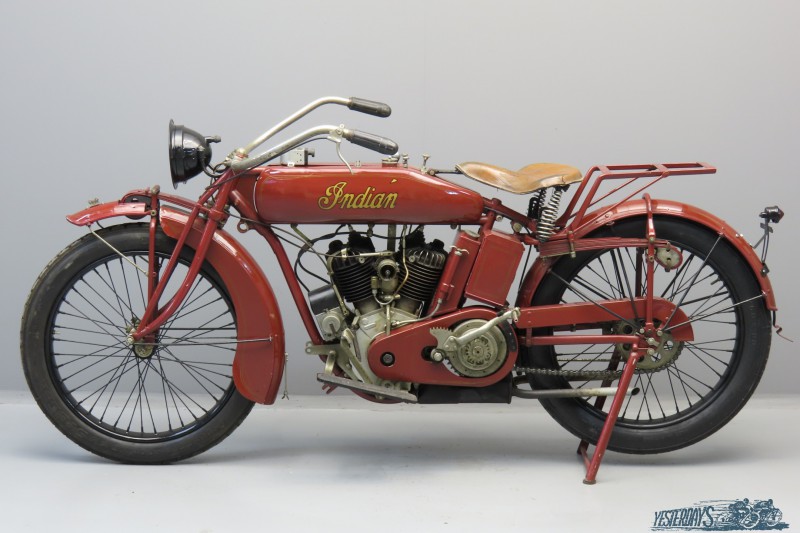 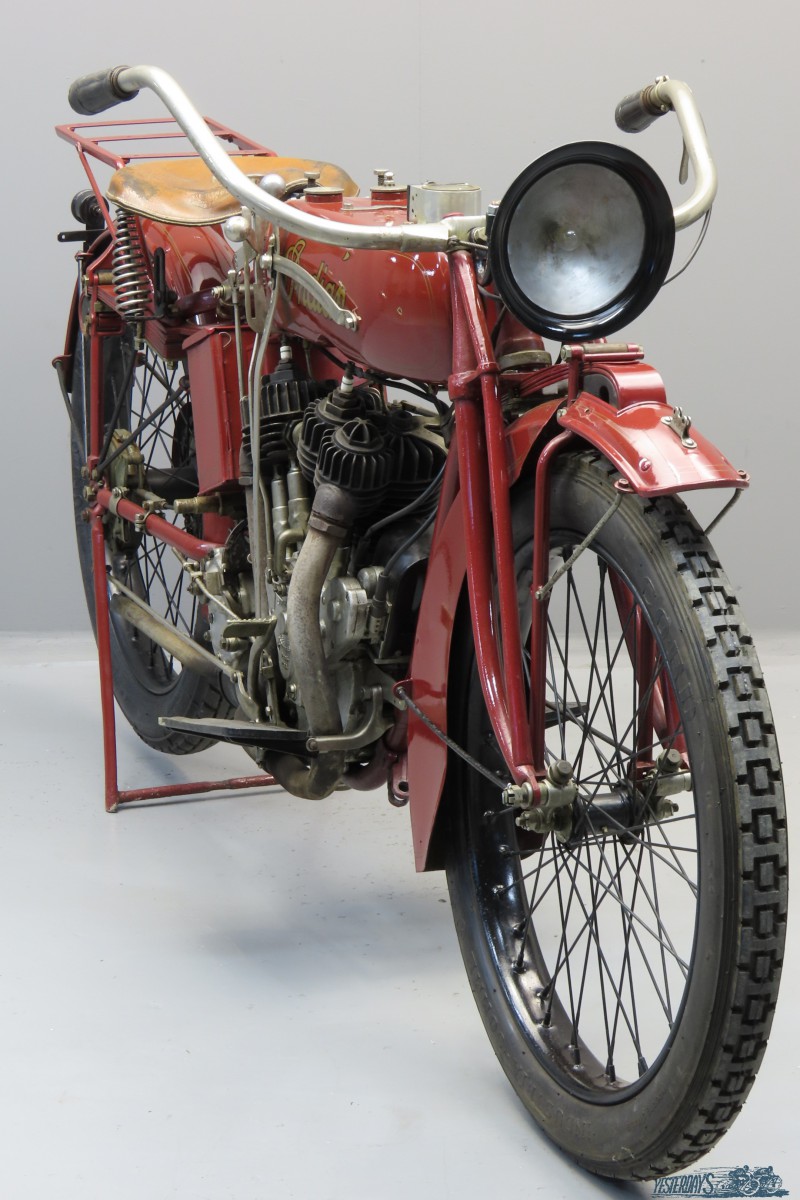 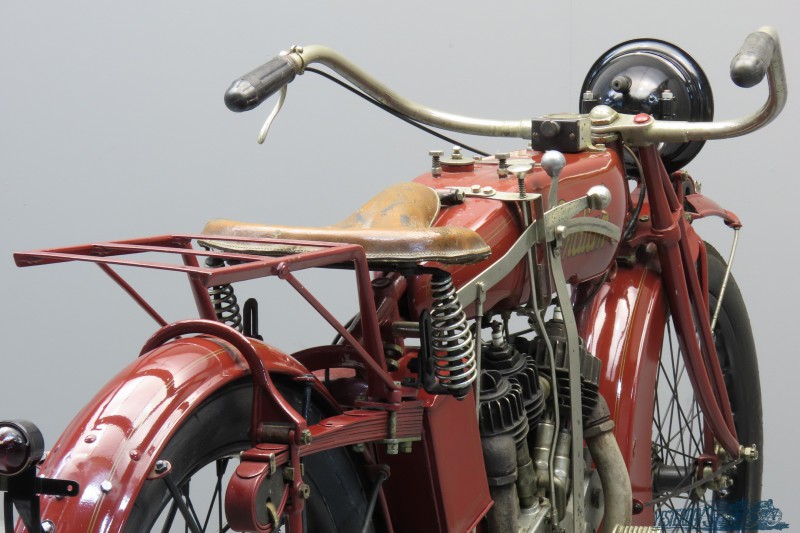 By 1915 the Indian Board started to have worries about the financial situation of the company, because the IOE engine and Hedstrom-designed carburettor were costly to produce.
The inlet-over-exhaust configuration was adopted by most American manufacturers and was basically a good design, but it had one weakness: the inlet valve pushrods and rockers were external to the engine and thus exposed to the elements. This could give rise to rapid wear and owners needed to be continually cleaning, re-lubricating and adjusting their pushrods and rockers to keep the engine well-tuned. So designer Charles Gustafson got the task to come up with a new engine that was powerful, robust, reliable and production friendly. Gustafson had been with Indian since 1903 and was a self-taught engineer. Around 1906 he’d been away from the company for about a year and during that time he had designed a full side valve engine for Reading Standard that had proved its efficiency and reliability. He decided to go for this configuration with the new Indian engine and the resulting 998cc “PowerPlus” engine was an immediate success. It was introduced in the Autumn of 1915 for the 1916 sales season and the first year of its nine-year production run it would be installed in the old-style IOE rolling chassis.
The mighty engine drove through a three-speed, hand-change gearbox with foot-operated clutch and all-chain drive. The side-valve engine of the PowerPlus proved utterly reliable and almost unbreakable, even in the hands of the tuning shops which developed it to its limit to achieve that extra ounce of power.
The expensive Hedstrom carburettor was exchanged for the almost generally adopted Schebler instrument. For 1917 a completely new rolling chassis was available and the PowerPlus would become one of the most coveted American vintage motorcycles.
Some new features for model year 1920 were larger intake and exhaust valves, stronger front fork bell cranks, more substantial control cables with leather sleeves, larger (1½ inch) filler caps and enlarged pads for the brake and clutch pedals.
The PowerPlus was available as model “N-20” without lighting equipment, and as “NE-20” with full electric lighting. The machine we offer is an electrically equipped model, but dynamo, horn and wiring are not furnished; this road-registered Powerplus is an older restoration in good condition.