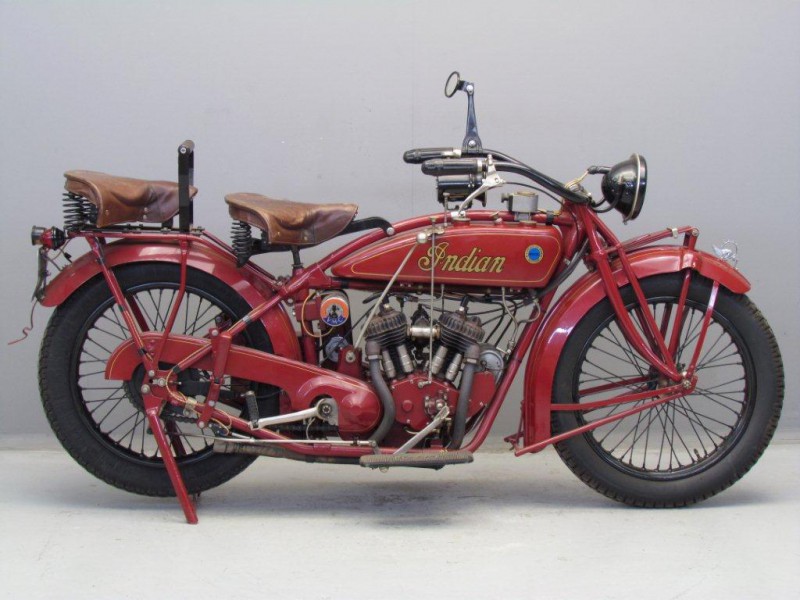 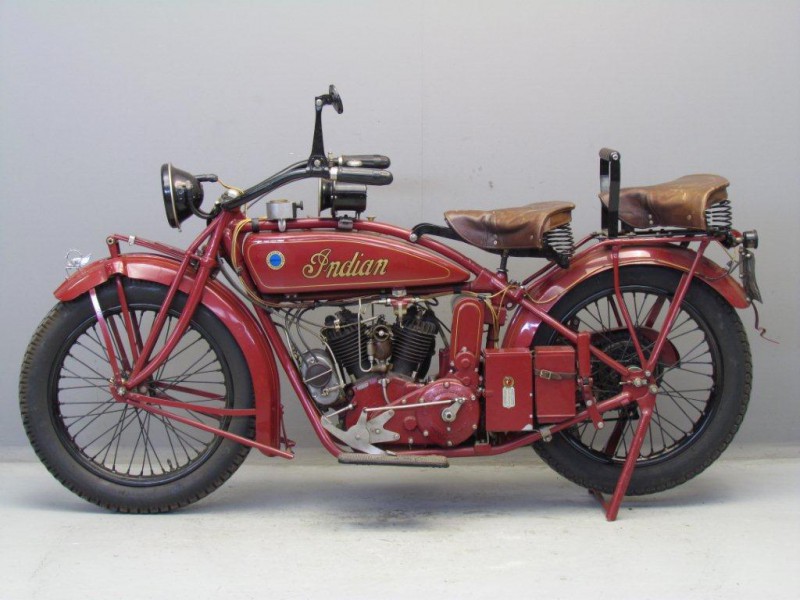 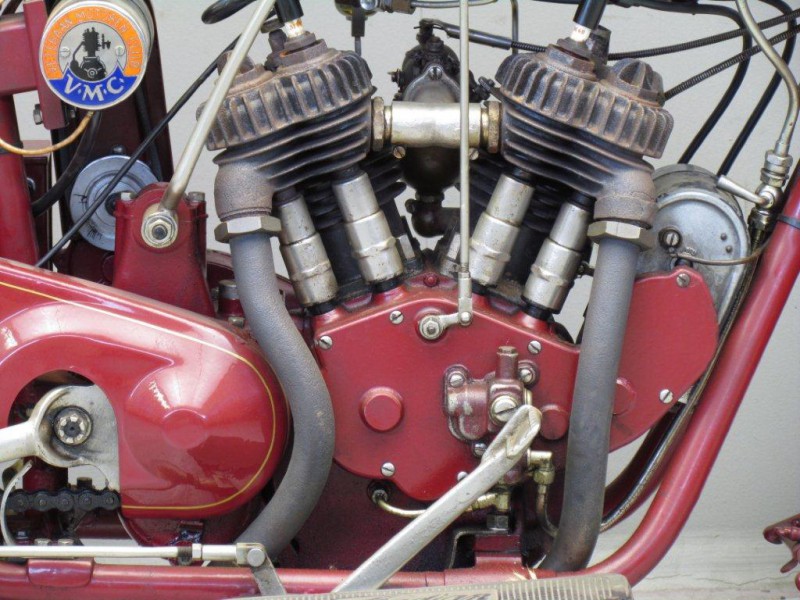 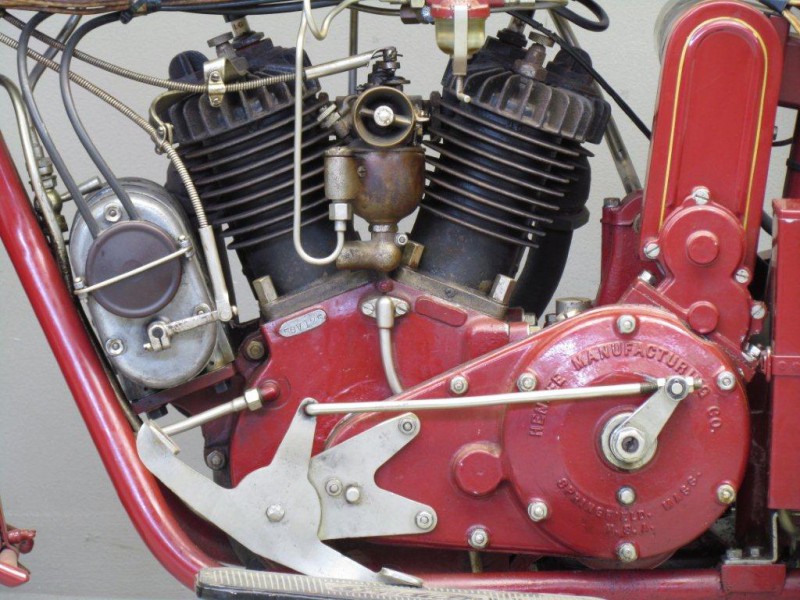 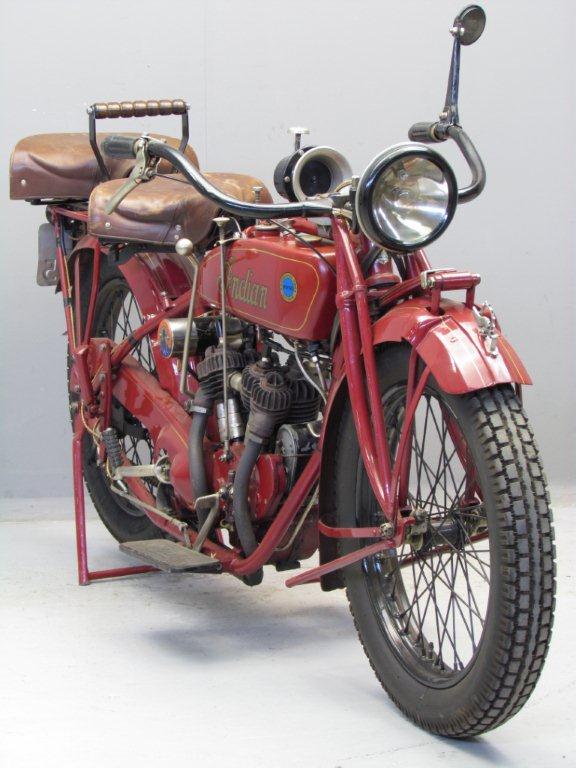 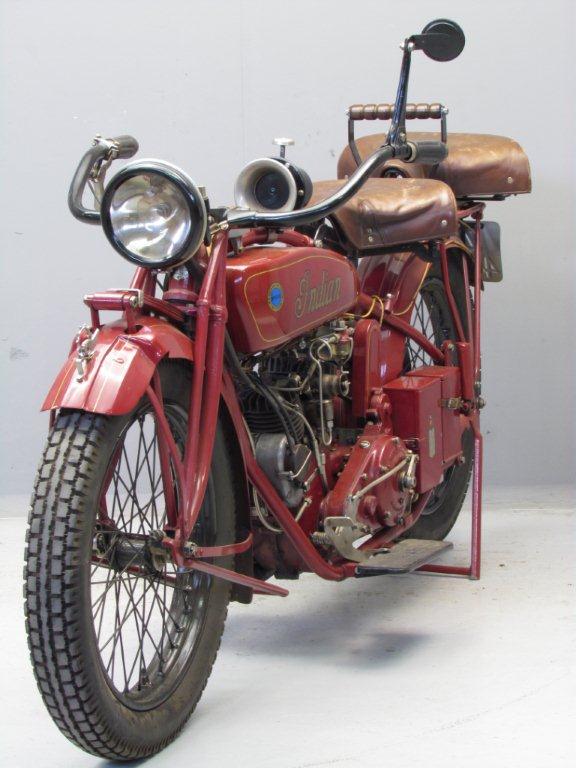 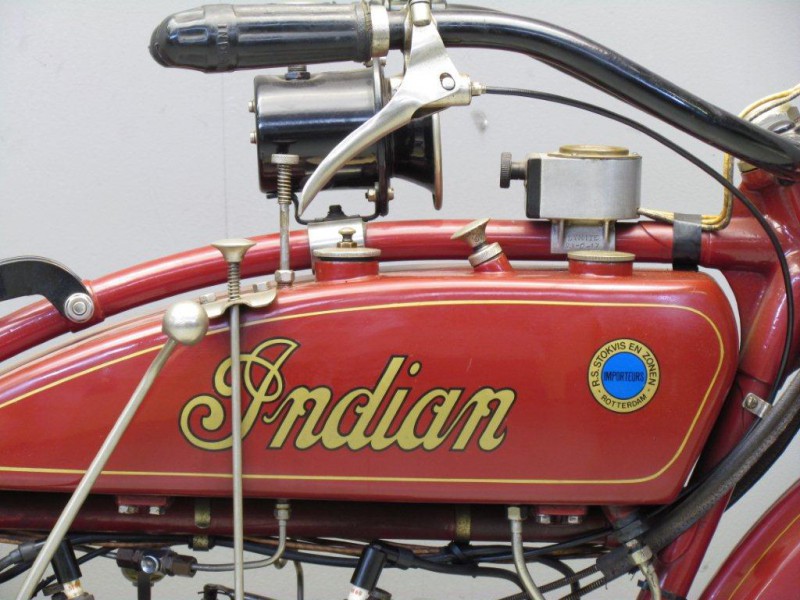 After WW I the Indian factory decided it was time to market a somewhat lighter model than the 1000cc Powerplus.
The new model was labelled “Scout” and it created a sensation when brought out in 1920.
The strong points of the new design were easy handling, lightness, ample power for the 1920s roads and unbeatable reliability.
The new middleweight was also appealing to the prospective motorcyclists who were put off by the usual heavyweight big twins.
The Scout features a semi-unit construction power plant with a 3 –speed transmission bolted on to it.
Primary drive is by a set of helical gears that are enclosed in a cast aluminium cover and run in an oil bath.
The clutch is foot-controlled. A practical feature of the 1923 model was the sprung seat post.
This Scout  had  been hidden behind a wall during WW2 and  was accidently discovered some 45 years after the end of the war.
It has been restored since and comes complete  with rear view mirror and pillion seat.