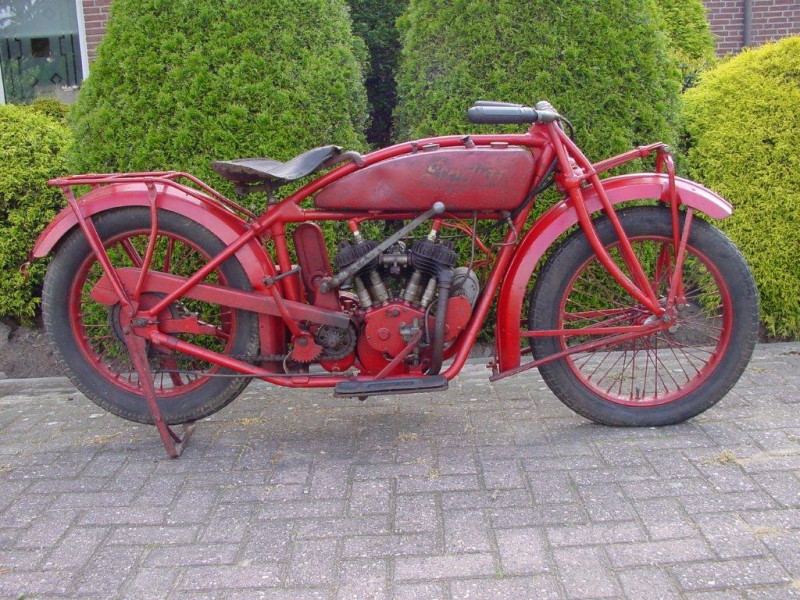 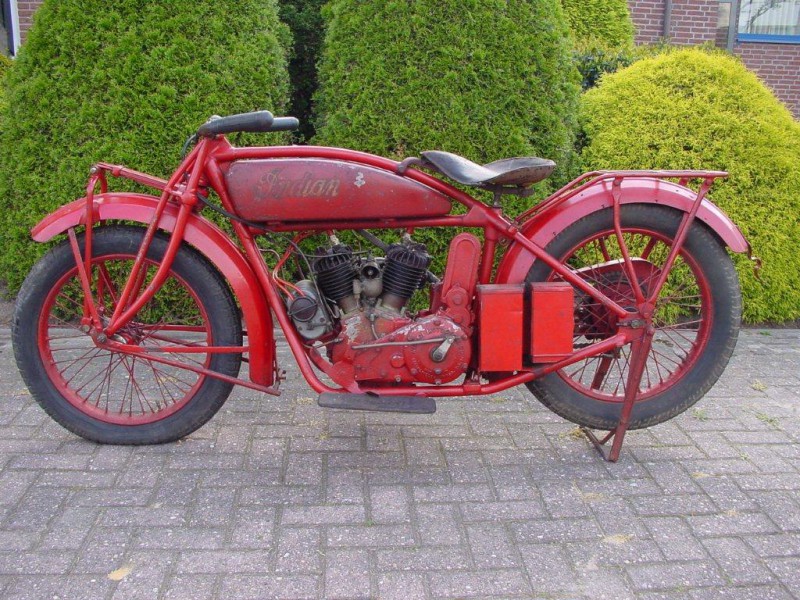 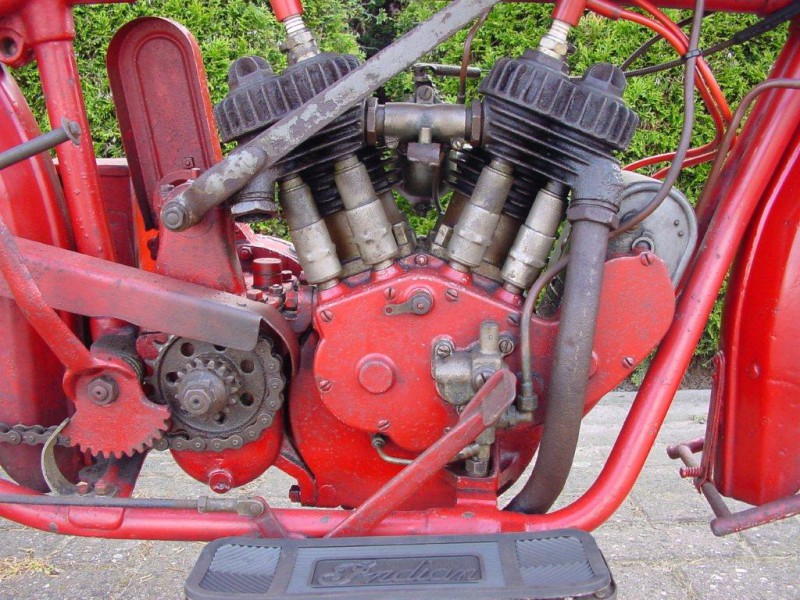 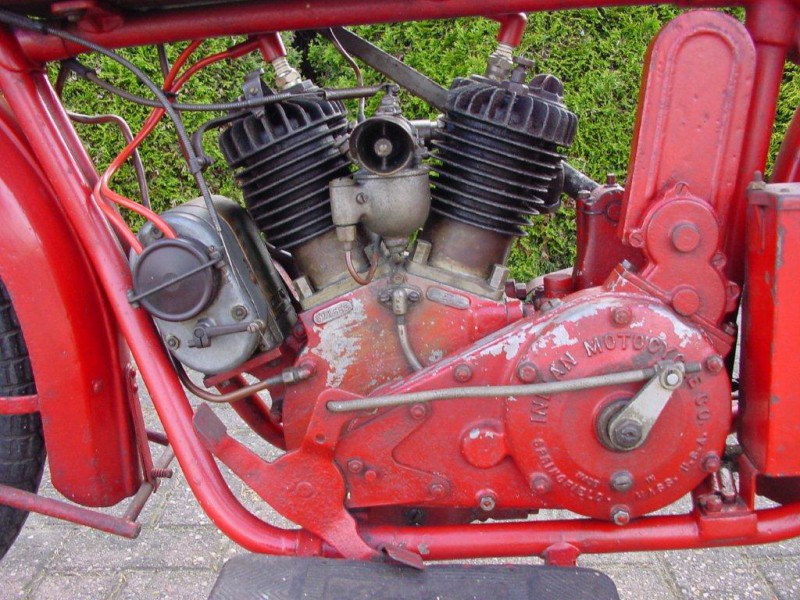 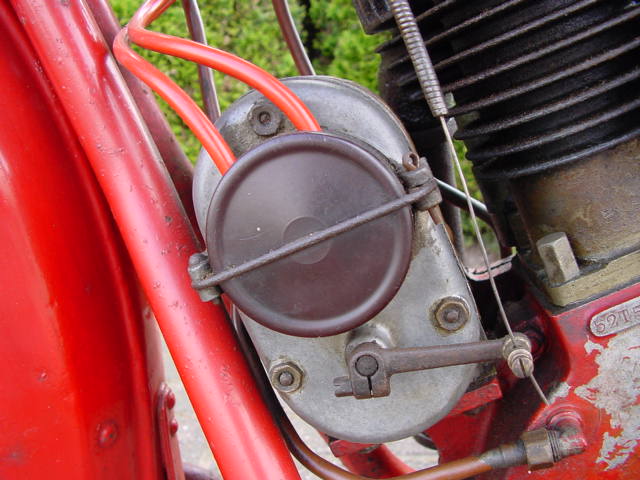 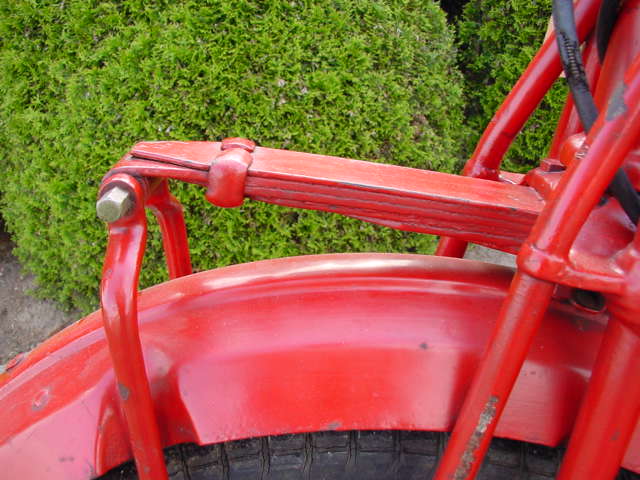 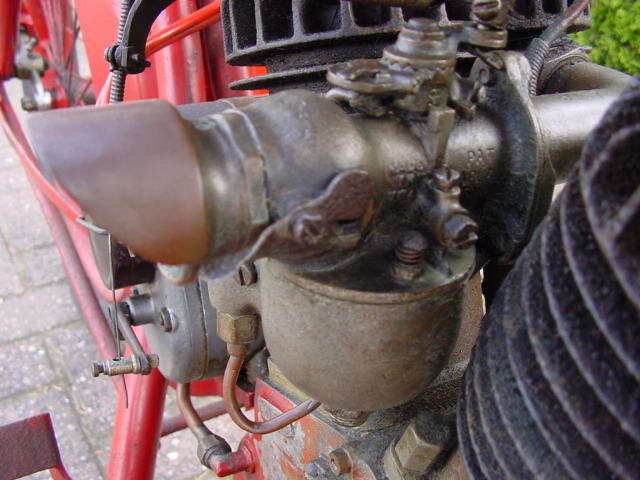 After WW I the Indian factory decided it was time to market a somewhat lighter model than the 1000cc Powerplus.
The new model was labelled “Scout” and it created a sensation when brought out in 1920.
The strong points of the new design were easy handling, lightness, ample power for the 1920s roads and unbeatable reliability.
The new middleweight was also appealing to the prospective motorcyclists who were put off by the usual heavyweight big twins.
The Scout features a semi-unit construction power plant with a 3 –speed transmission bolted on to it.
Primary drive is by a set of helical gears that are enclosed in a cast aluminium cover and run in an oil bath.
The clutch is foot-controlled.
The 1922, 1923 and 1924 models had a spring seat post.
This unrestored Scout is minus its electrical equipment and exhaust system, but furthermore essentially complete and in good order.
The low sports handlebars are  typical  for Scouts that were meant for the British market.
Replacement parts situation is quite good for these models, most parts are readily available.
A rewarding restoration project that will keep its value!