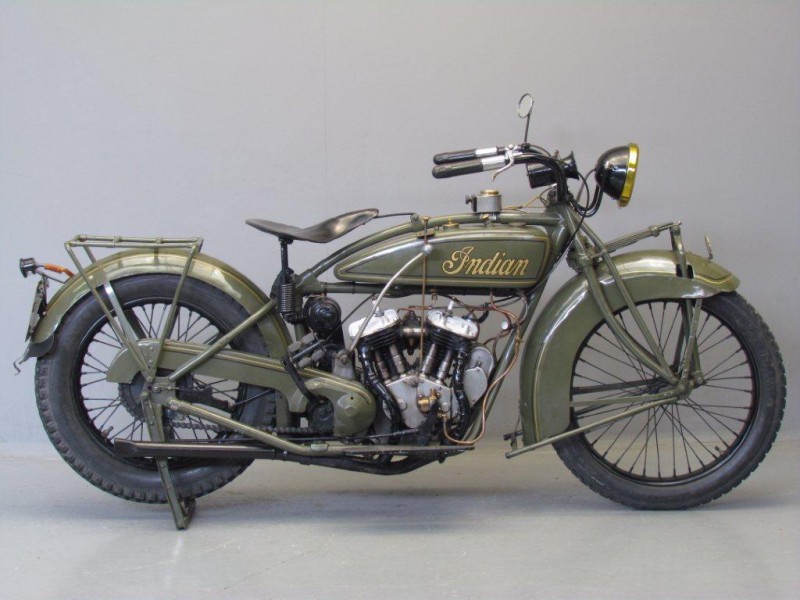 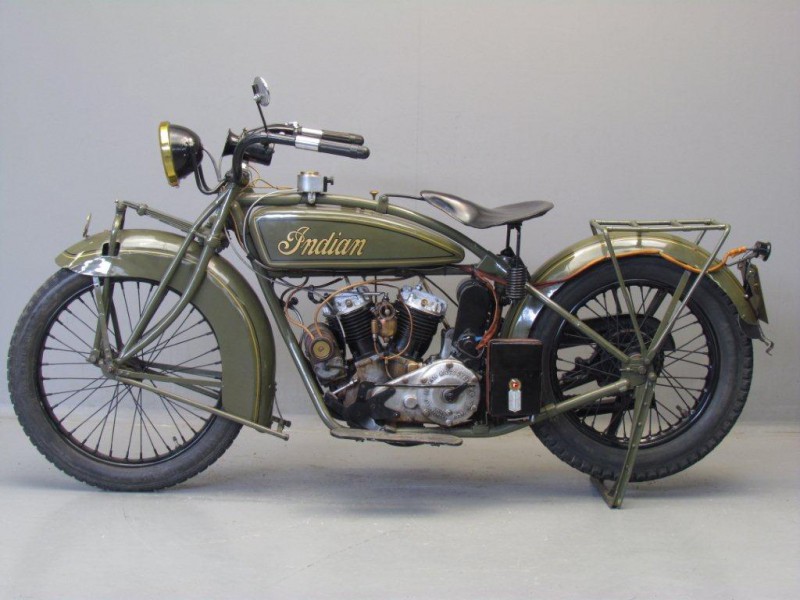 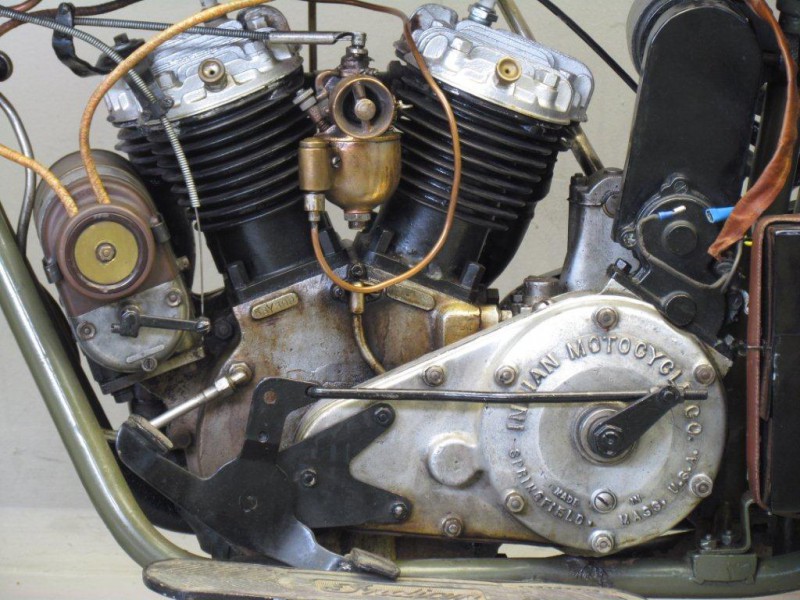 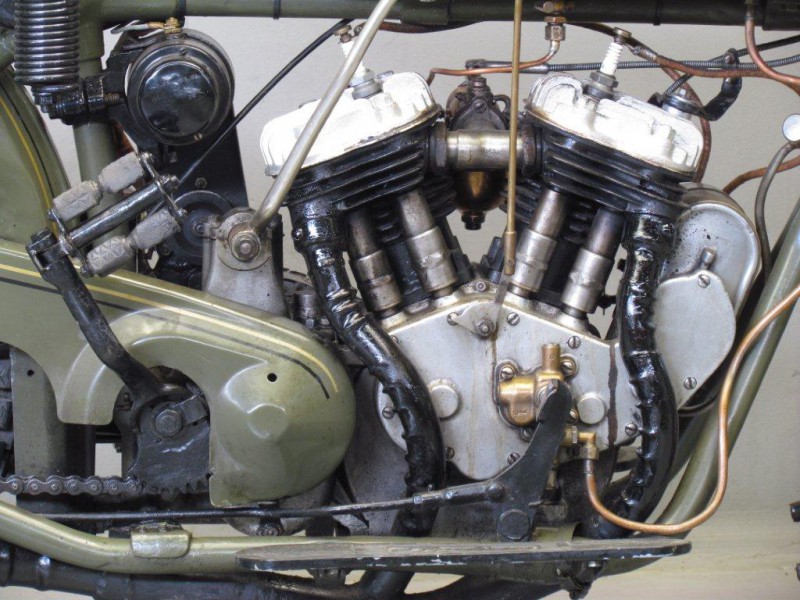 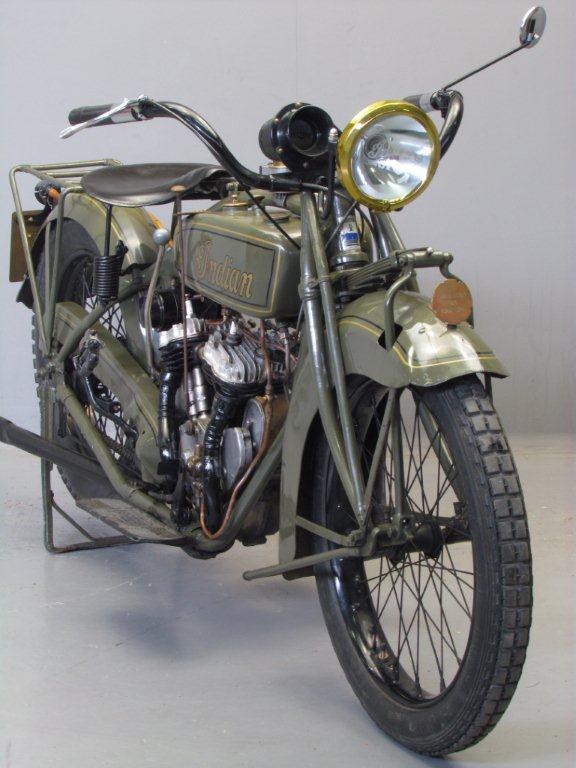 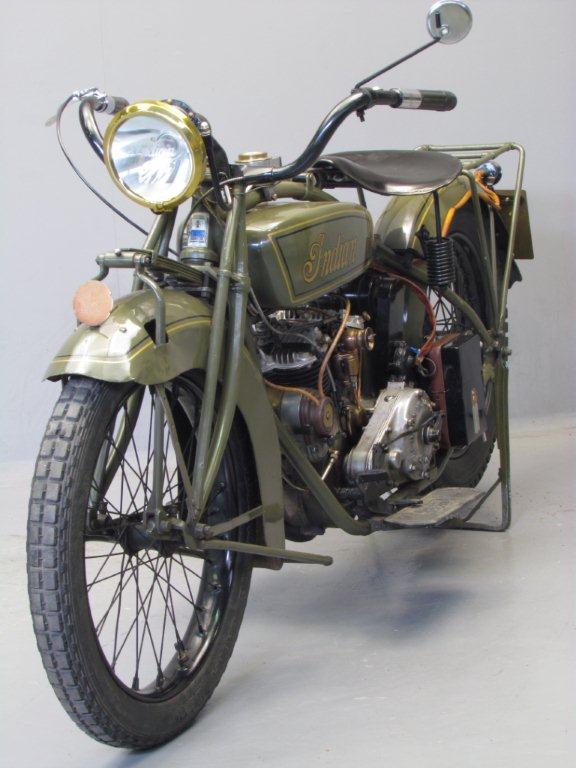 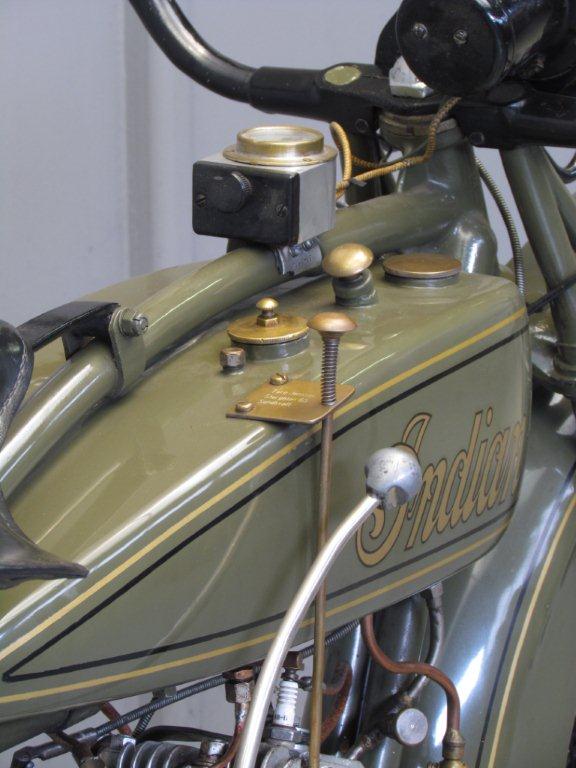 After WW I the Indian factory decided it was time to market a somewhat lighter model than the 1000cc Powerplus.
The new model was labelled “Scout” and it created a sensation when brought out in 1920.
The strong points of the new design were easy handling, lightness, ample power for the 1920s roads and unbeatable reliability.
The new middleweight was also appealing to the prospective motorcyclists who were put off by the usual heavyweight big twins.
The Scout features a semi-unit construction power plant with a 3 –speed transmission bolted on to it.
Primary drive is by a set of helical gears that are enclosed in a cast aluminium cover and run in an oil bath.
The clutch is foot-controlled. There a quite a few  new features for the 1925 season: removable cylinder heads, larger valves, improved clutch with greater plate area and a different type of saddle suspension to insure greater riding comfort and lower riding position.
For better  engine breathing wider valve cam profiles are utilised.
The 1925 brochure   contains  a power chart that shows a 20% power increase for the 1925 Scout as compared to the 1924 model: max power is now 13 HP@3500 rpm.
A notable change in the front spring construction is that the rockers are now placed in front  of the  wheel spindle to give more leverage and rebound check.
This machine was sold new in Sweden and is an older restoration.
The green  finish is  not uncommon with Indians  from Sweden:  Stockholm importer Wiklunds offered this colour option.

This nice Scout comes complete with full electrical lighting  and  is fitted with a ca. 1930 type of front mudguard. The machine would benefit from a new set of exhaust headers.