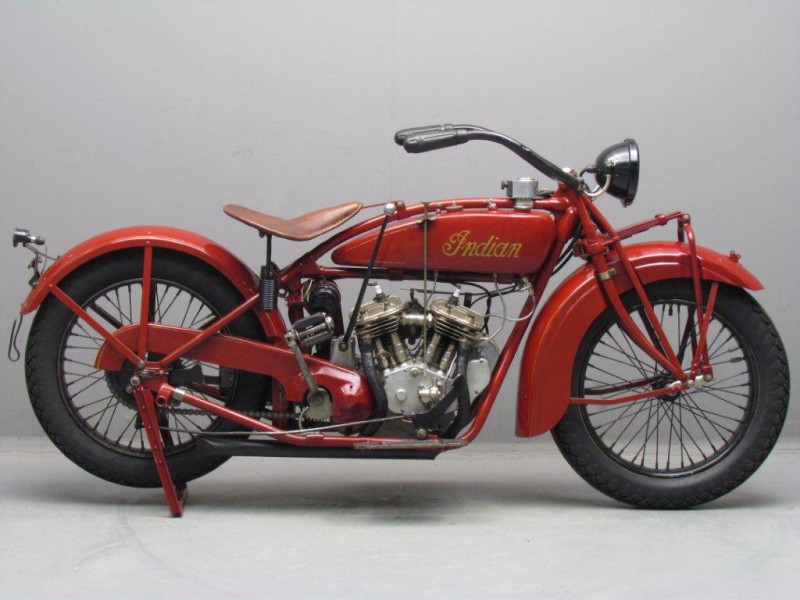 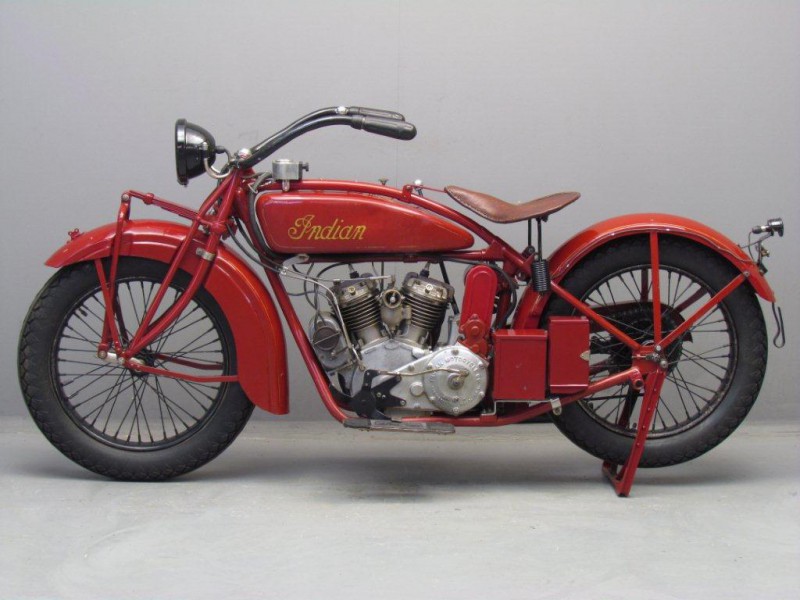 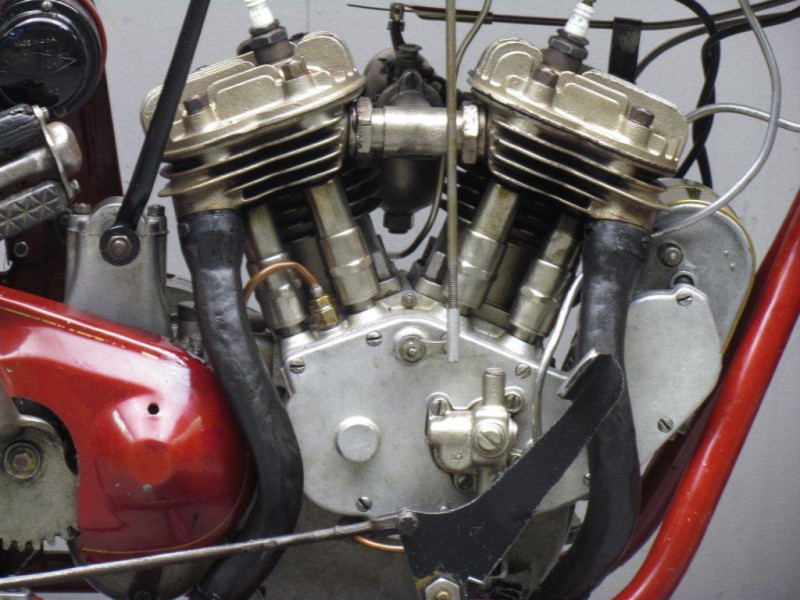 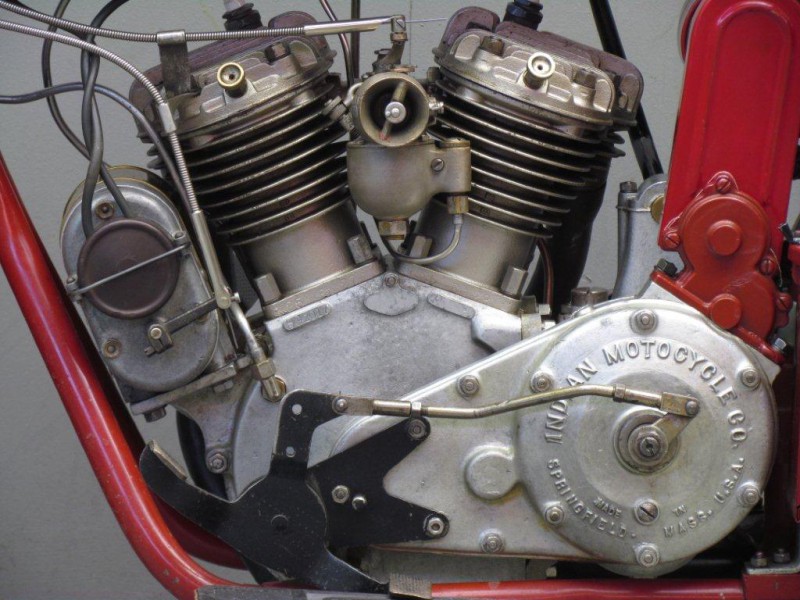 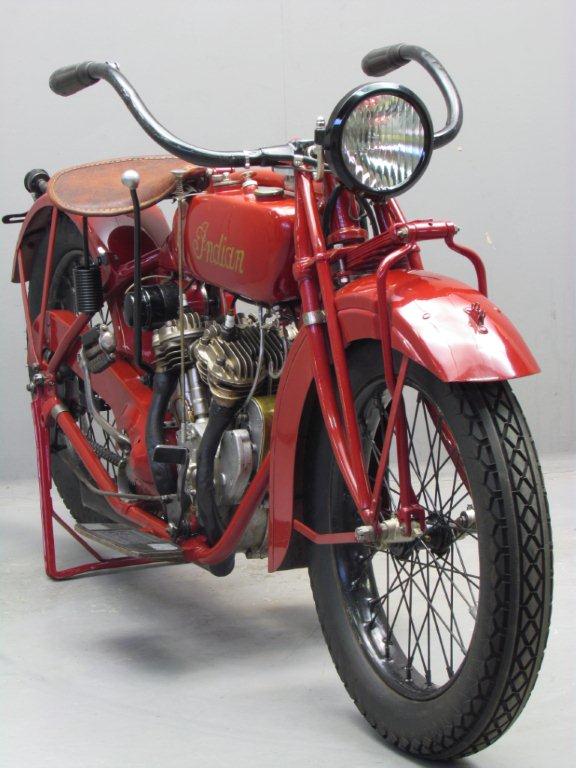 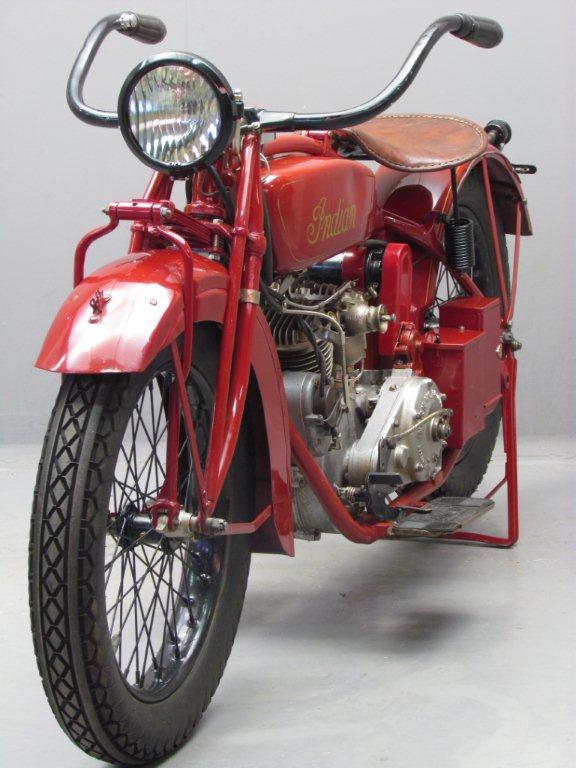 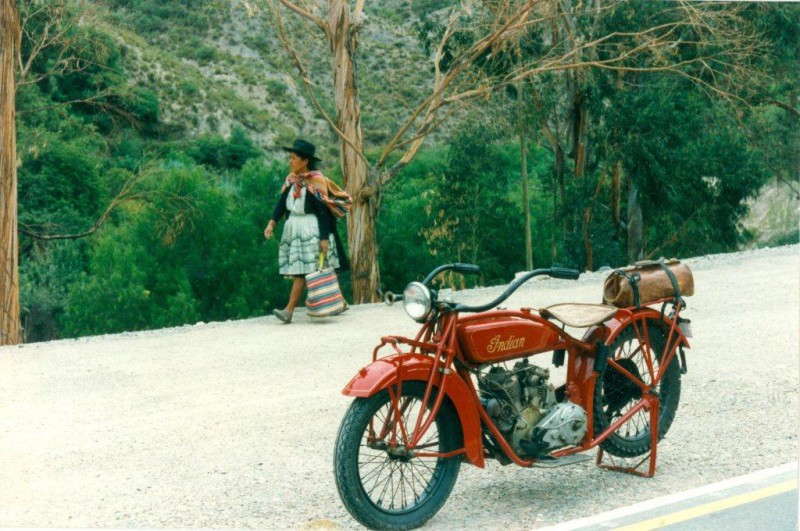 After WW I the Indian factory decided it was time to market a somewhat lighter model than the 1000cc Powerplus.
The new model was labelled “Scout” and it created a sensation when brought out in 1920.
The strong points of the new design were easy handling, lightness, ample power for the 1920s roads and unbeatable reliability.
The new middleweight was also appealing to the prospective motorcyclists who were put off by the usual heavyweight big twins.
The Scout features a semi-unit construction power plant with a 3 –speed transmission bolted on to it. Primary drive is by a set of helical gears that are enclosed in a cast aluminium cover and run in an oil bath.
The clutch is foot-controlled.
Every year  the factory announced improvements, most of which were cosmetic because the Scout was a sound design from the beginning. Some new features for the 1926 season were:   Indian-Mesinger bucket saddle, more comfortable handlebars, deeper cooling fins on cylinders and larger diameter exhaust tubes.
A practical new feature was the new connection between exhaust header and cylinder.
Up to 1925 this had been  effected by a nut on a threaded stub on the cylinder.
From  1926 there was  a cone type connection, which was easier to remove and provided a better sealing. Some of the new features for 1927 were: bigger mudguards, improved muffler ( the factory claimed a 50% reduction in exhaust sound), new foot brake lever and battery box.
This machine was originally sold in Bolivia.
It has been  restored   a number of years ago and  it’s a good runner.