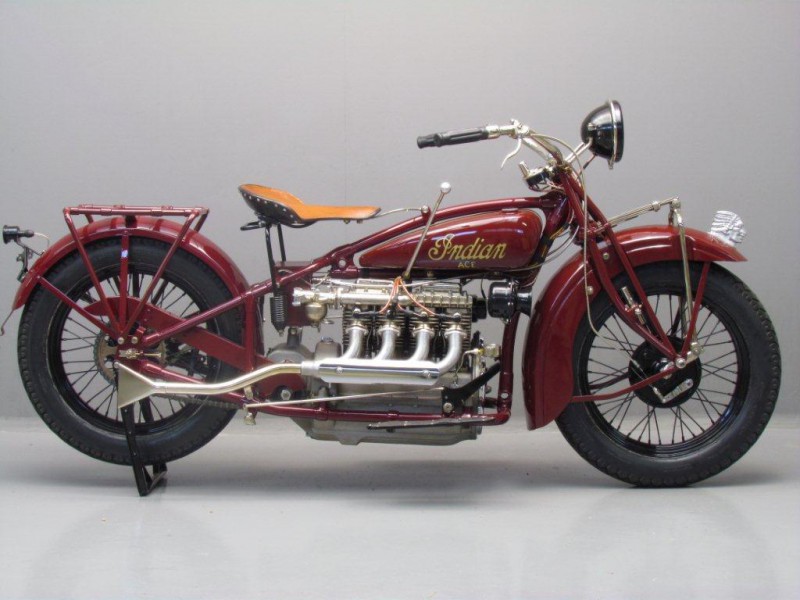 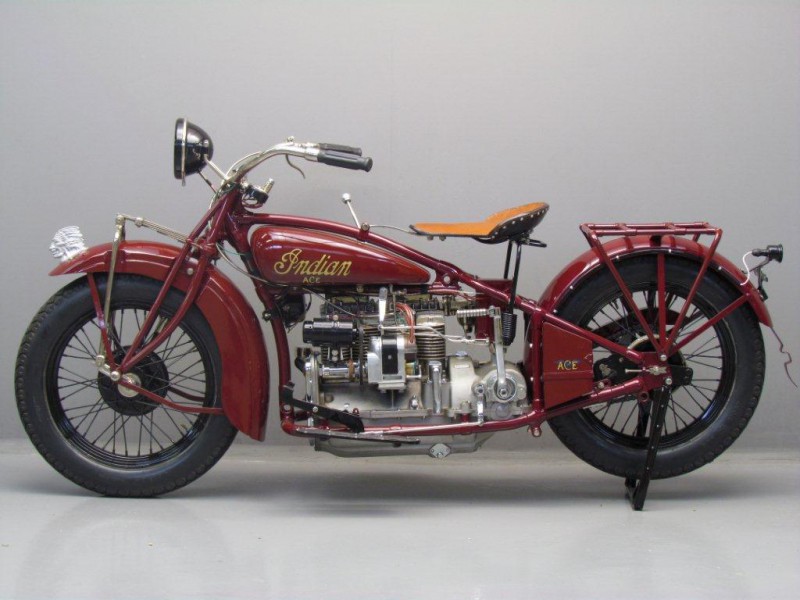 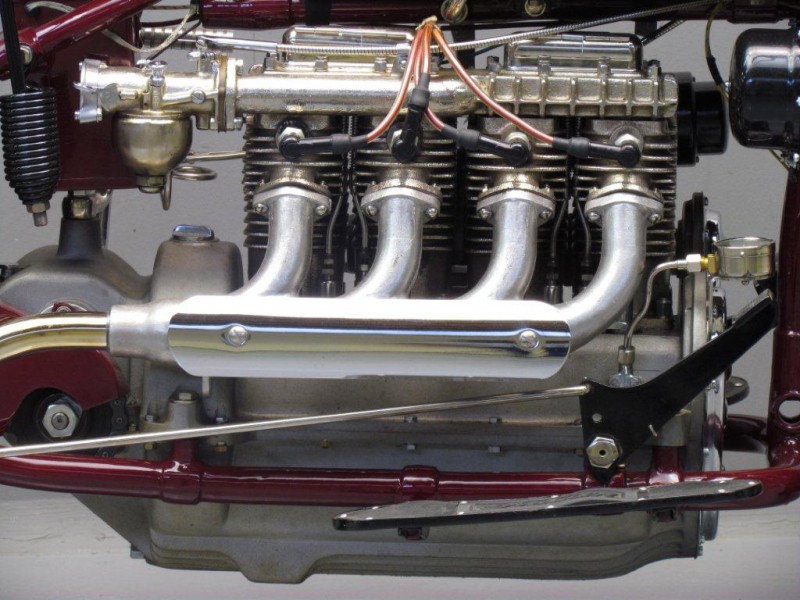 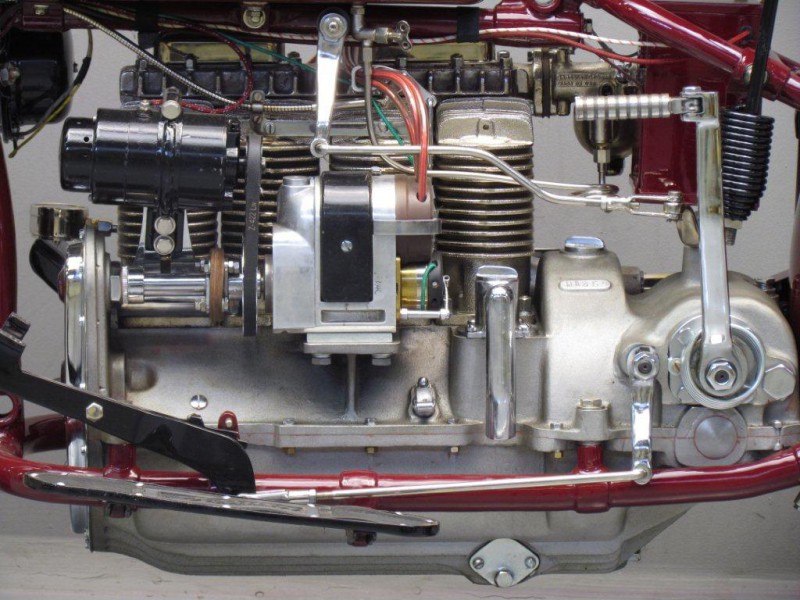 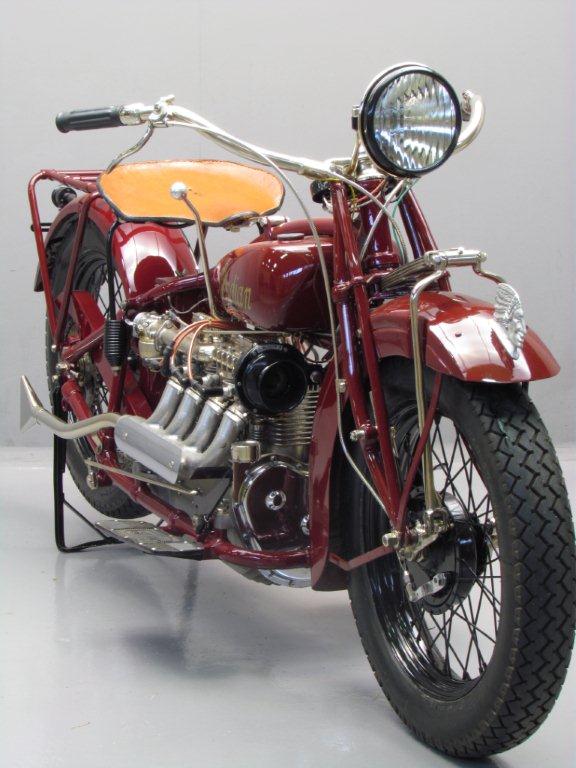 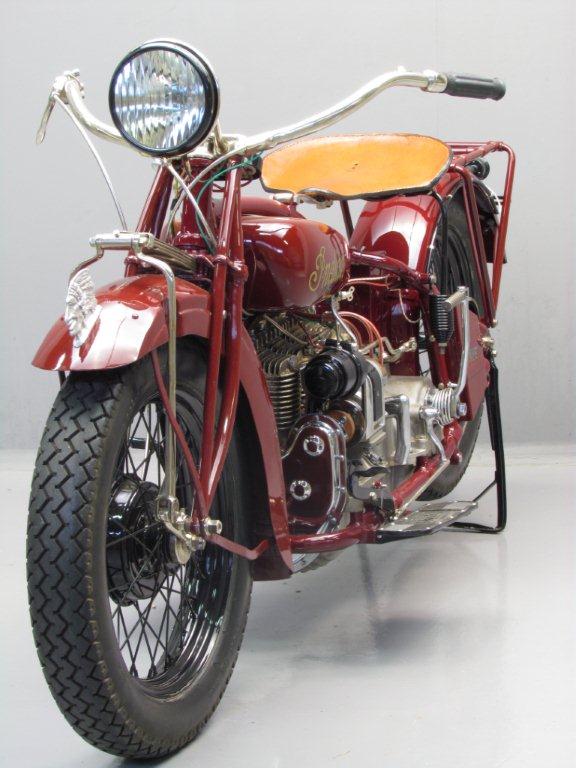 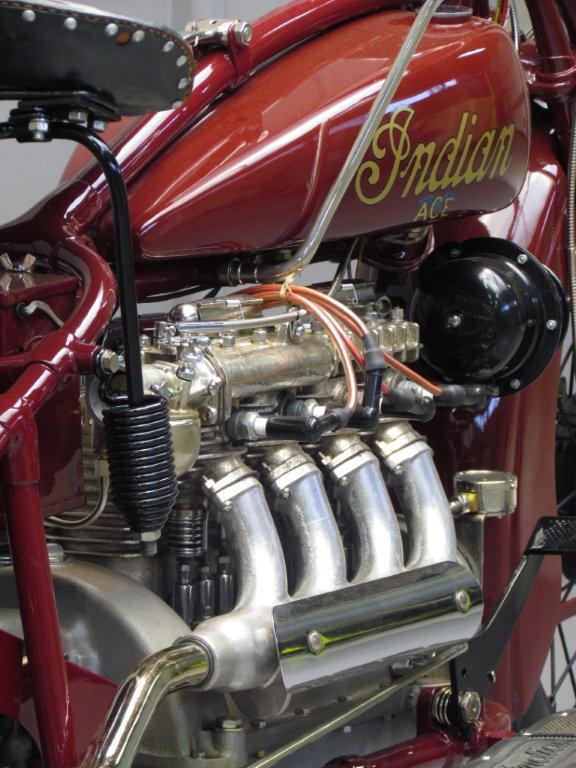 Early in 1927 Indian bought the entire assets of the famous ACE motorcycle corporation.
Indian proceeded to manufacture the Indian –ACE until 1928 when the Indian Four took its place. T
he 1265 cc engine has overhead inlet valves and side exhaust valves and delivered in the late twenties form about 30 HP.
About ten years later this had grown to about 40 HP and tuned examples were known to put out some 50 HP! But with output also the weight grew: a 1928  4 would weigh about 455 lb, a 1942 model ( the last year of manufacture)  weighs 568 lb.
The Indian Four of  1928-31 shares most of its cycle parts with the graceful model 101 Scout: it’s a low-built, pleasantly streamlined machine, with the added attraction of a smooth and silent, car-engine like power source.
This model 401 has been restored to a high  technical standard.