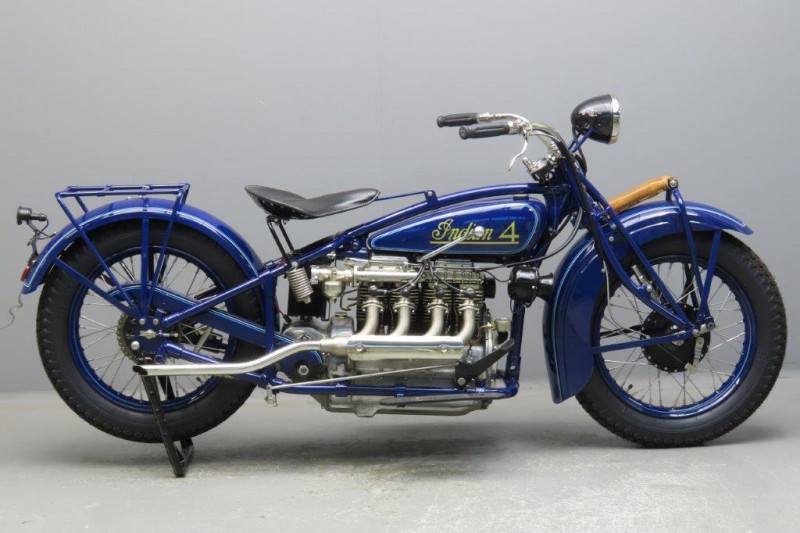 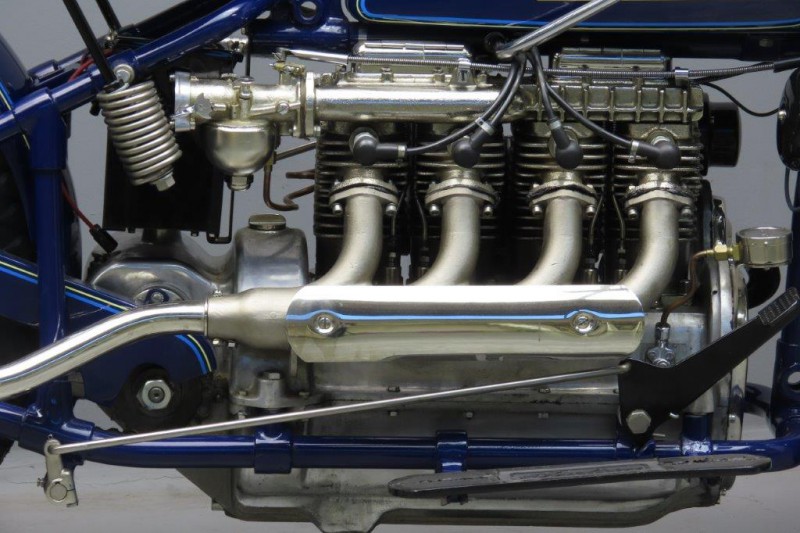 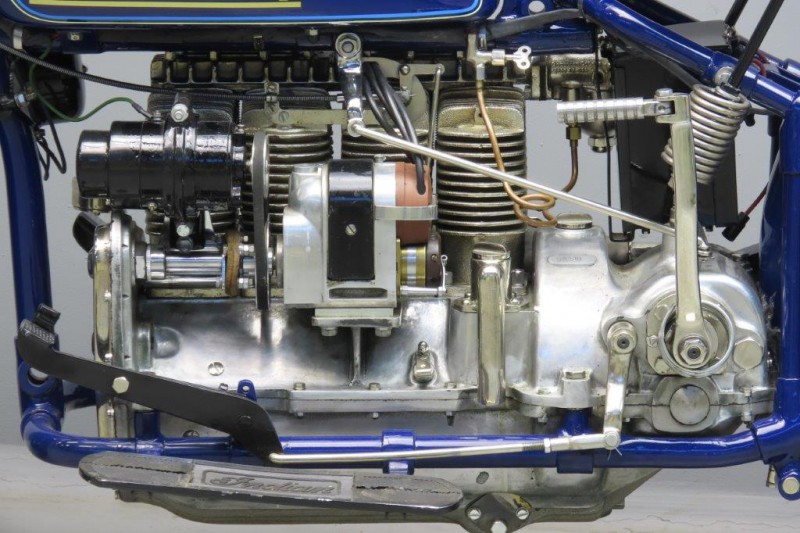 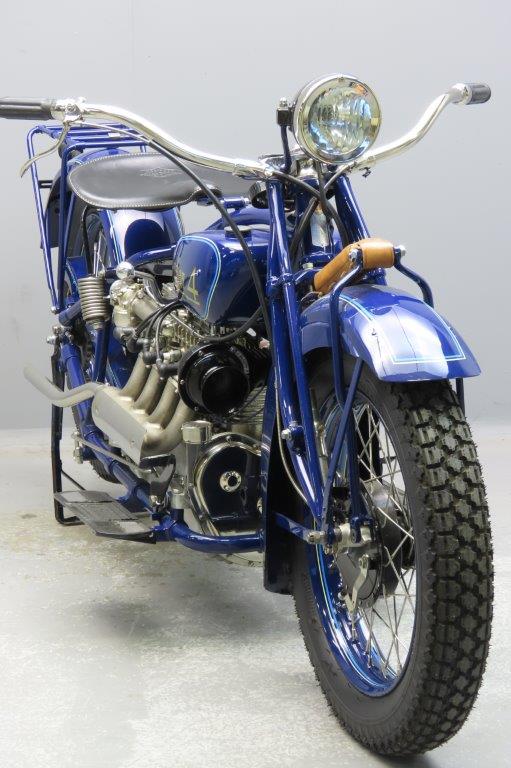 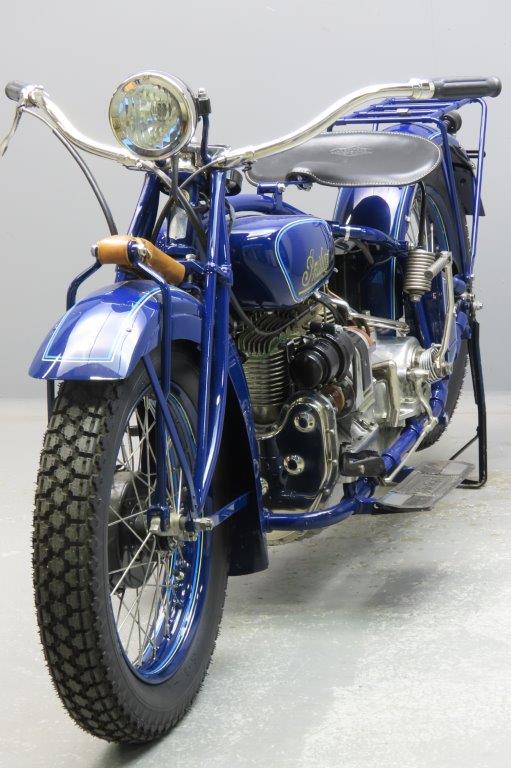 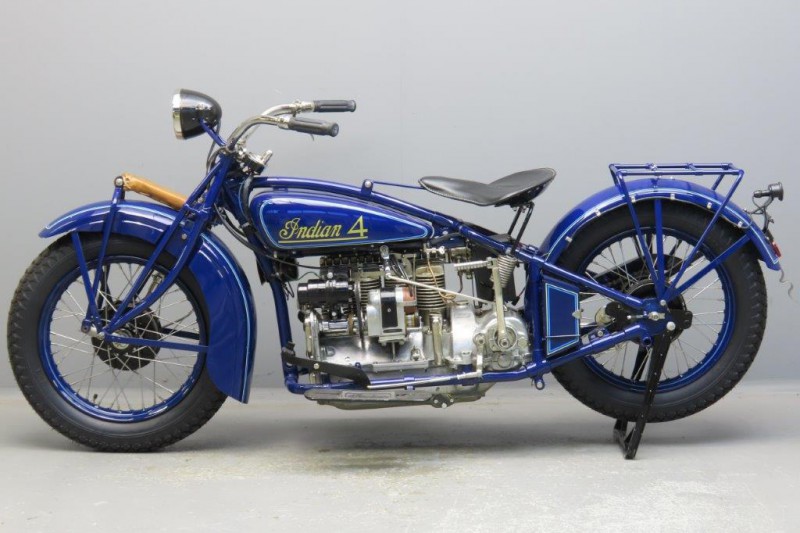 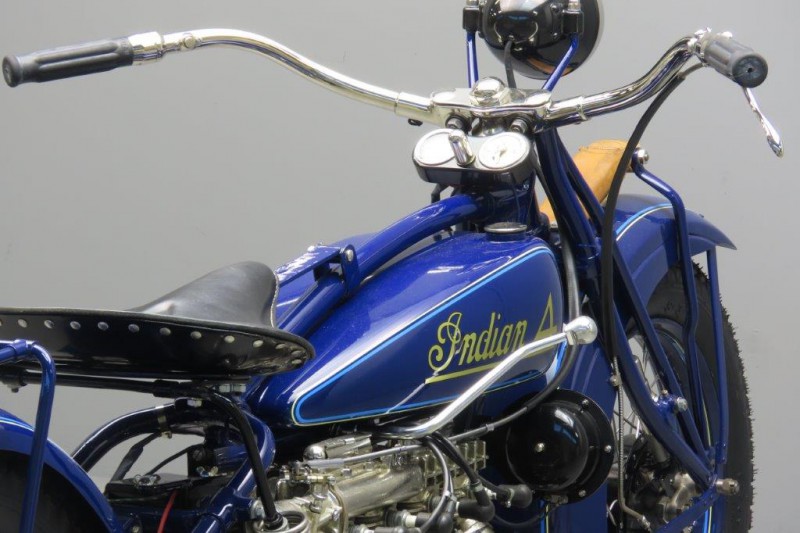 Early in 1927 Indian bought the entire assets of the famous ACE motorcycle corporation.
Indian proceeded to manufacture the Indian–ACE until August 1928 when the Indian Four took its place.
The Indian-ACE was completely restyled and updated and the “Series 401” was destined to become the flagship of the Indian range.
New features of the 401 included a new front fork, identical to that of the 101 Scout but with an extra short spring leaf.
Mudguards and petrol tank were also shaped in 101-style and the frame looked similar in layout except for the single front down tube.
As a fact, the frame geometry of the 401 was indeed identical to that of the 101 Scout but the frame was made of heavier tubing and the frame forgings were more substantial in layout. Although “Indian Red with gold striping” was the standard colour, customers could order their machine in a customized paint scheme, at extra charge.
The bore x stroke dimensions and the cubic capacity of the 1920 ACE would be carried on till the last Indian Four of 1942.
But the power output was increased step by step from about 30 HP in the late twenties to some 40 HP in the late thirties and tuned examples were known to put out some 50 HP!
But with the output also the weight grew: a 1928 Four would weigh about 455 lb, a 1942 model (the last year of manufacture) tips the scales at 568 lb.
This well-restored early Indian Four is a low-built, pleasantly streamlined machine, with the added attraction of a smooth and silent, car-engine like power source.