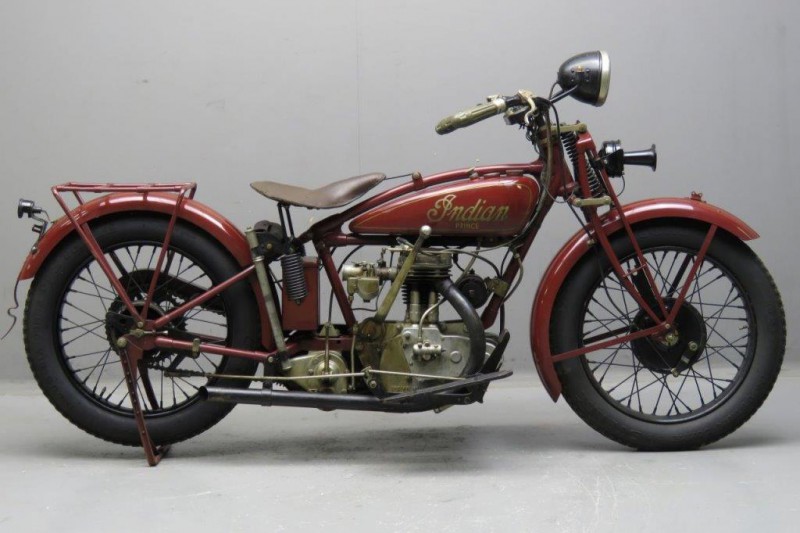 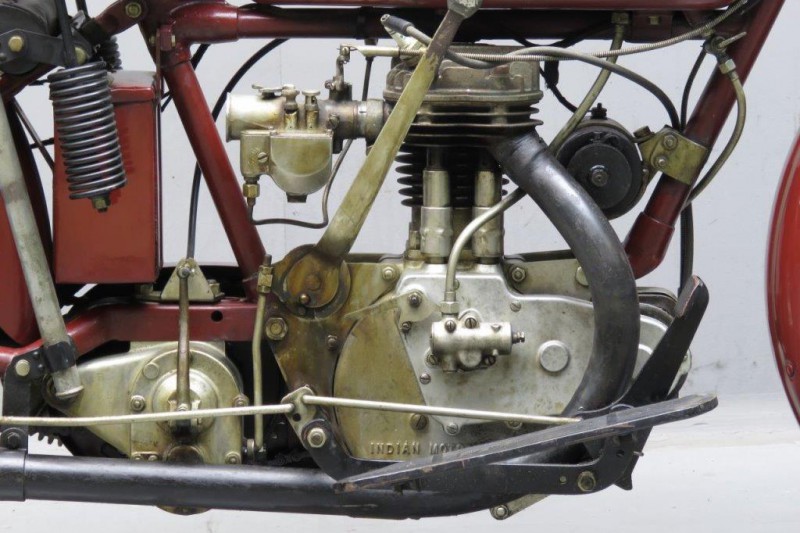 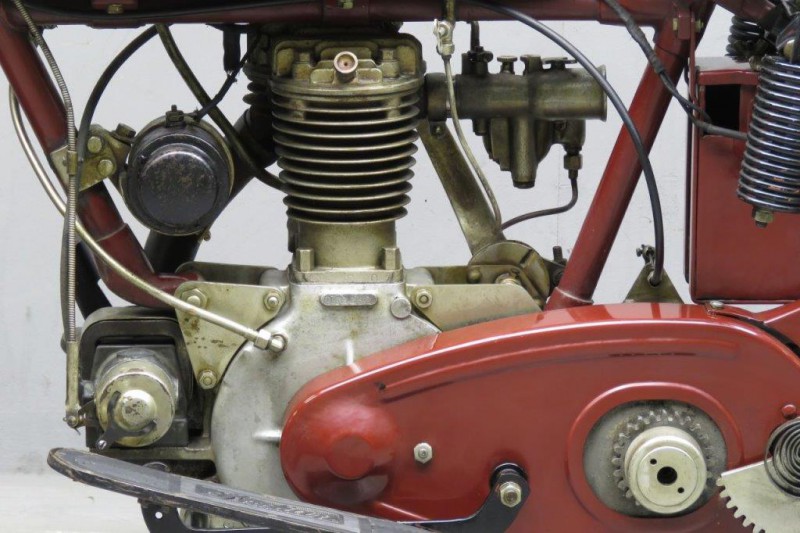 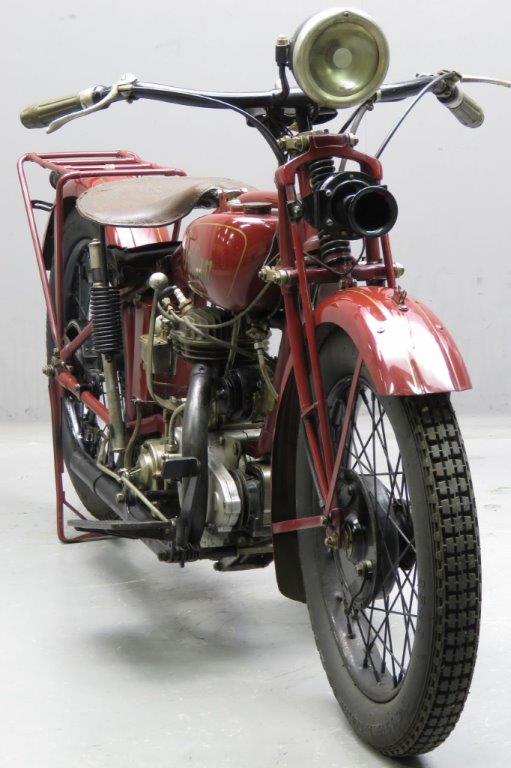 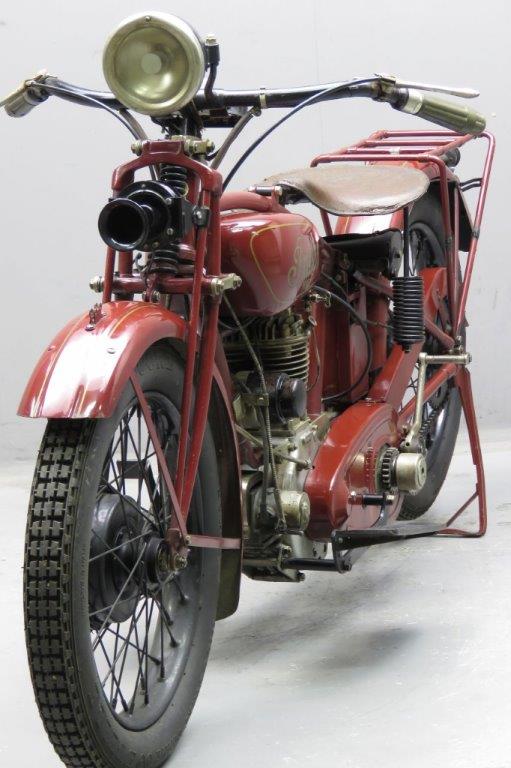 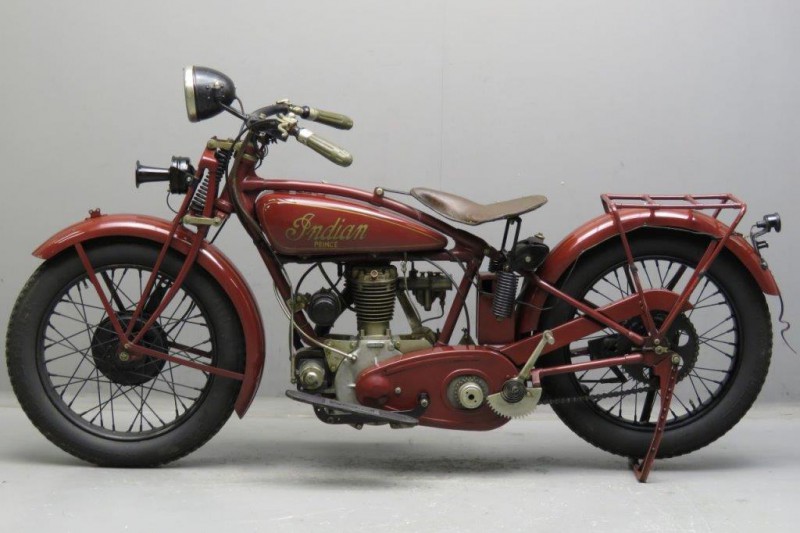 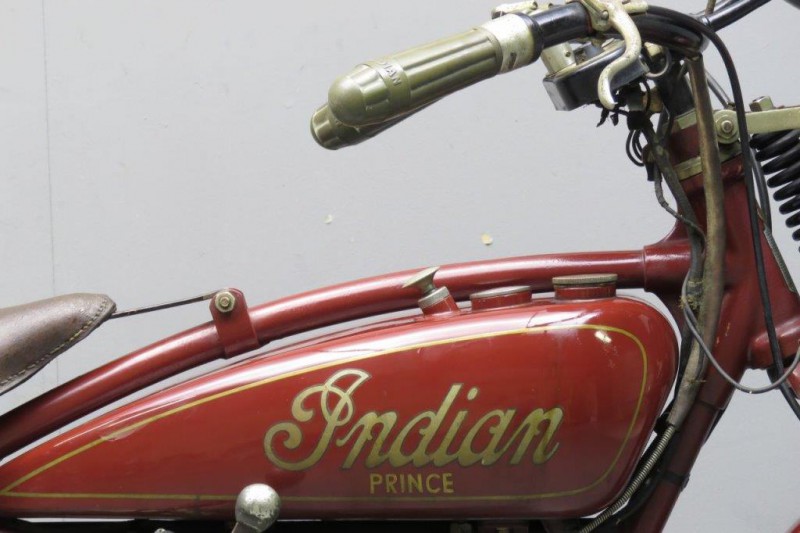 By the early 1920s Indian's big twin-cylinder models had become established as the cornerstones of the range, representing the bulk of production, which left room lower down for a more affordable 'entry level' model.
First seen in 1925, this was the Prince, which was powered by a 349cc single-cylinder side valve engine and was  handsomely styled in the manner of Indian's larger models.
The following year an overhead-valve Prince was introduced.
Produced in 21.35ci (349cc) and 30.5ci (499cc) versions, the OHV Prince in its competition form went on to establish an enviable record in flat-track racing.
The road-going Prince though, was less successful on the home market, its relatively modest performance being more suited to European conditions than the wide-open spaces of the North American Continent where the big twins reigned supreme.
Prince production ended in 1928.
The specimen we offer here is a well-weathered older restoration that is fitted with Splitdorf electric lighting system and Wheeler-Schebler Model G carburettor.