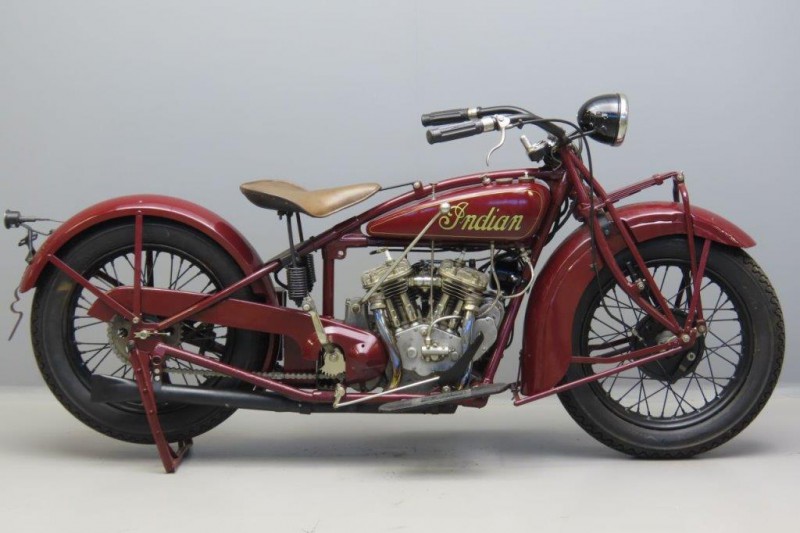 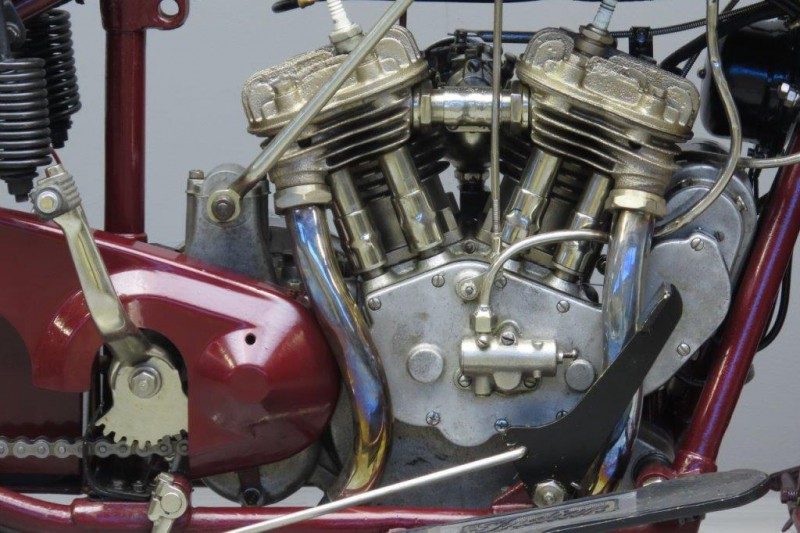 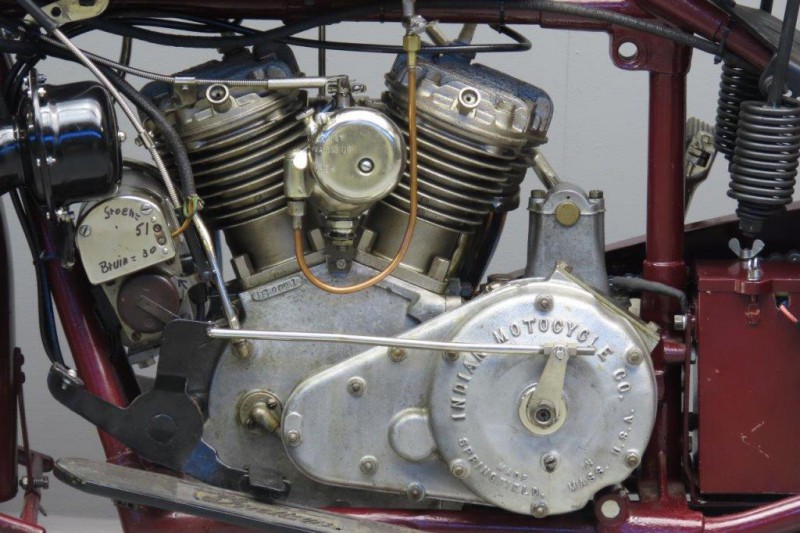 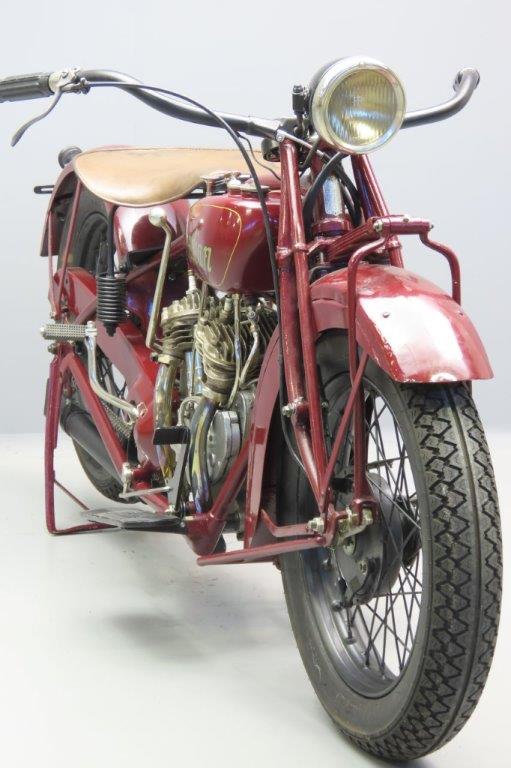 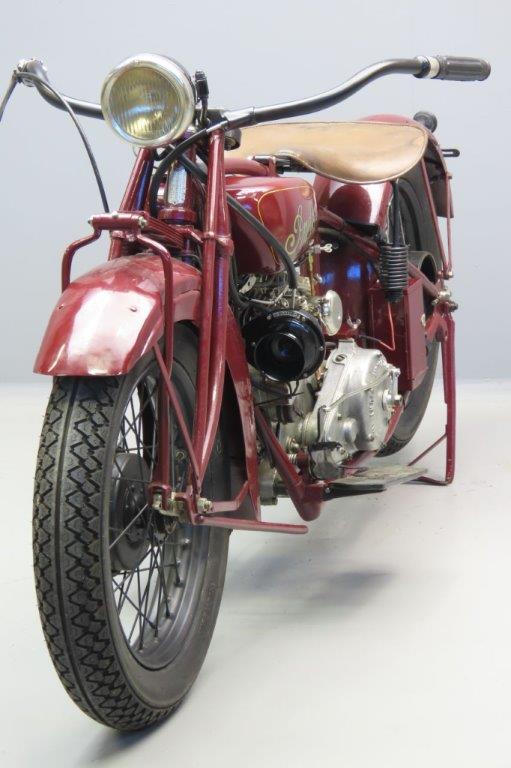 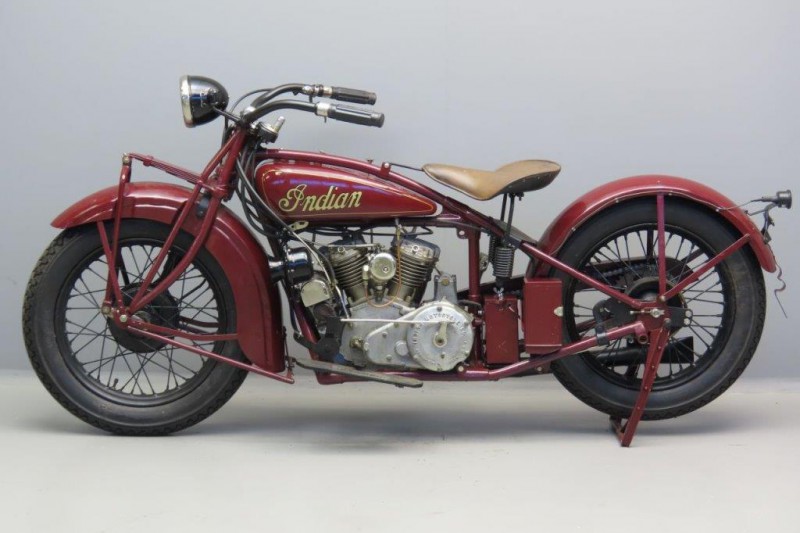 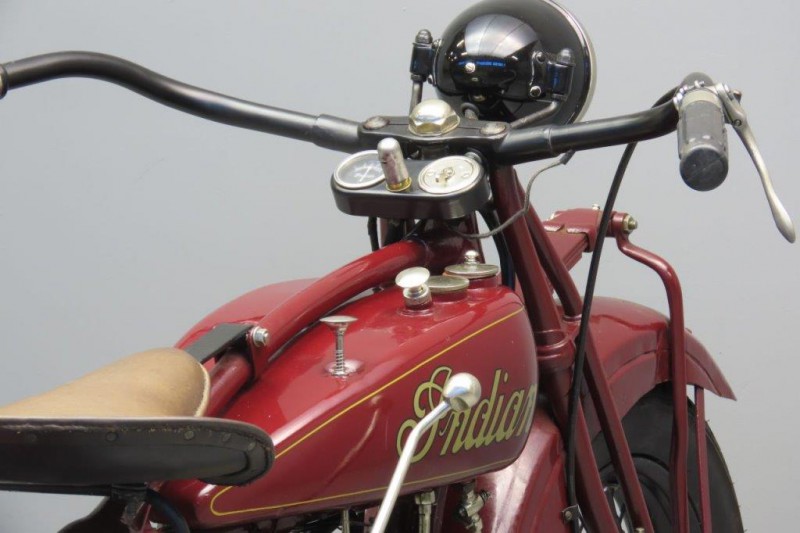 In 1928, Charles Franklin, the Indian engineer and former racer responsible for the original Scout, tweaked the design to create the 101 Scout.
It incorporated a number of changes prompted by real-world racetrack experience with the original Scout, including a stronger frame, better suspension and steering, a 3-inch increase in wheelbase, increased fork rake, a low, 26¼-inch seat height, and a front brake.
The new model was available in 600 cc and 750 cc capacities.
Unfortunately, though, the 101 Scout had a relatively short production run: it lasted a mere four years in the Indian line-up until the Depression forced the company to find ways to cut production costs.
One way Indian did that was by putting the 750 cc Scout engine into the larger Chief frame, beginning in 1932.
The result was a bike that was bigger, heavier, and, many would argue, not as capable as the 101 was; many Indian enthusiast consider the 101 as the best Indian ever built.
Stability is such that the machine can easily be steered into a side street by applying knee pressure only, hands in your lap.
No wonder wall of death riders chose the 101 as their favourite mount!

This machine has been in the possession of the former owner for almost 30 years.
The rolling chassis and sheet metal were in good condition but all things mechanical were in need of attention.
Only a short time ago a full mechanical restoration was undertaken.
New spokes, wheel bearings, axles, brake shoes, tyres and steering head bearings were fitted (lower bearing changed to tapered rollers instead of balls).
All moving parts of the front suspension were renewed and the magneto was rewound.
All engine and gearbox bearings were renewed, new valves and guides were fitted.
A pair of practically unworn cylinders (# DG 3760) and pistons replaced the original set, which were found to be cracked.
Possibly the reason why the machine was put aside a long time ago… Carburettor was refurbished and is the correct type Schebler DLX 50.
Sprocket and chain are new, a new battery has been installed about a year ago, together with a new wiring loom.
This very sound 101 comes with original jiffy stand (not on photos) and copy of practical repair and overhaul manual issued by the American 101 Association Inc.