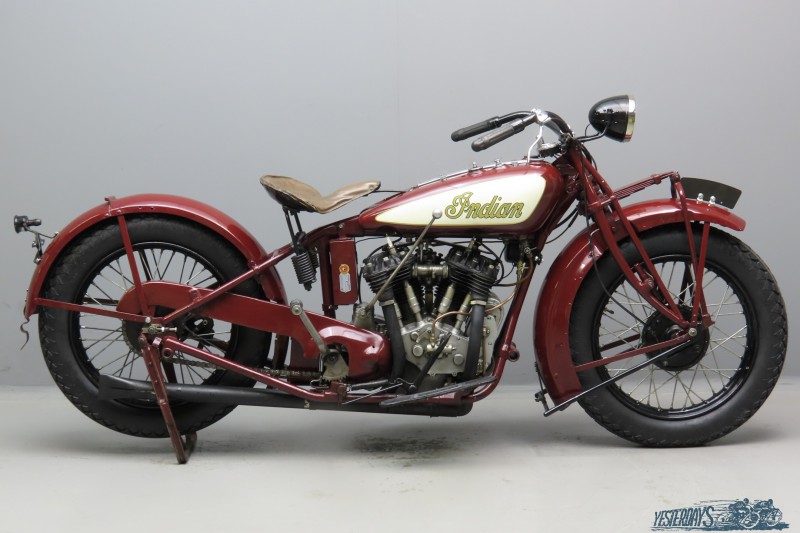 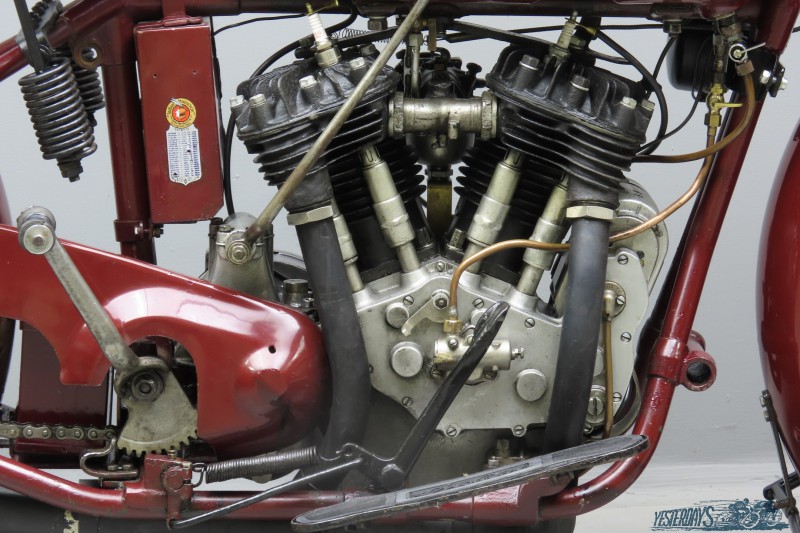 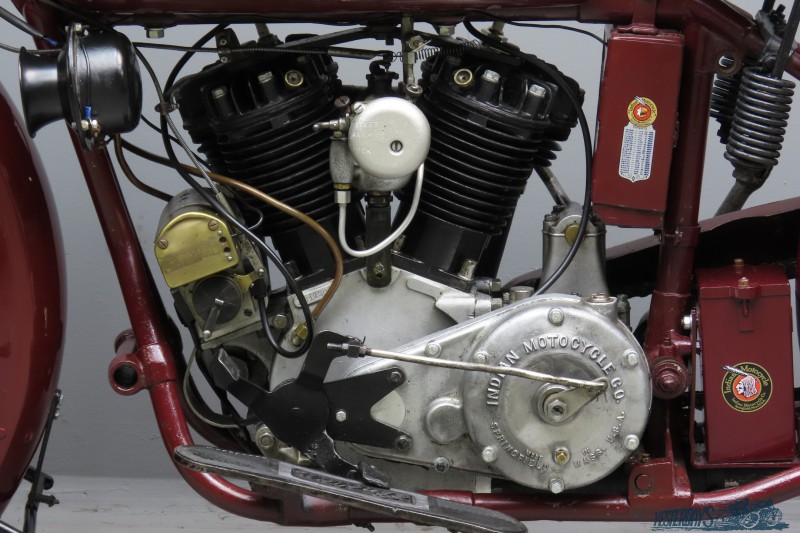 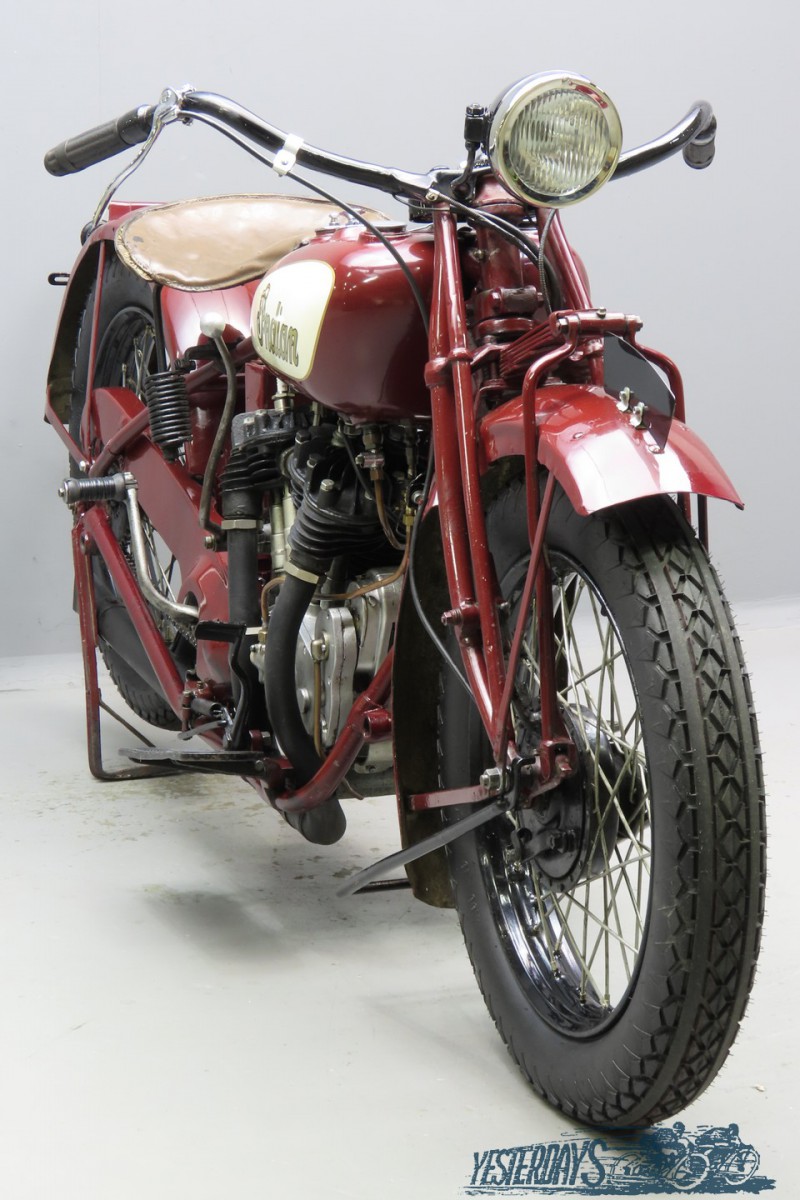 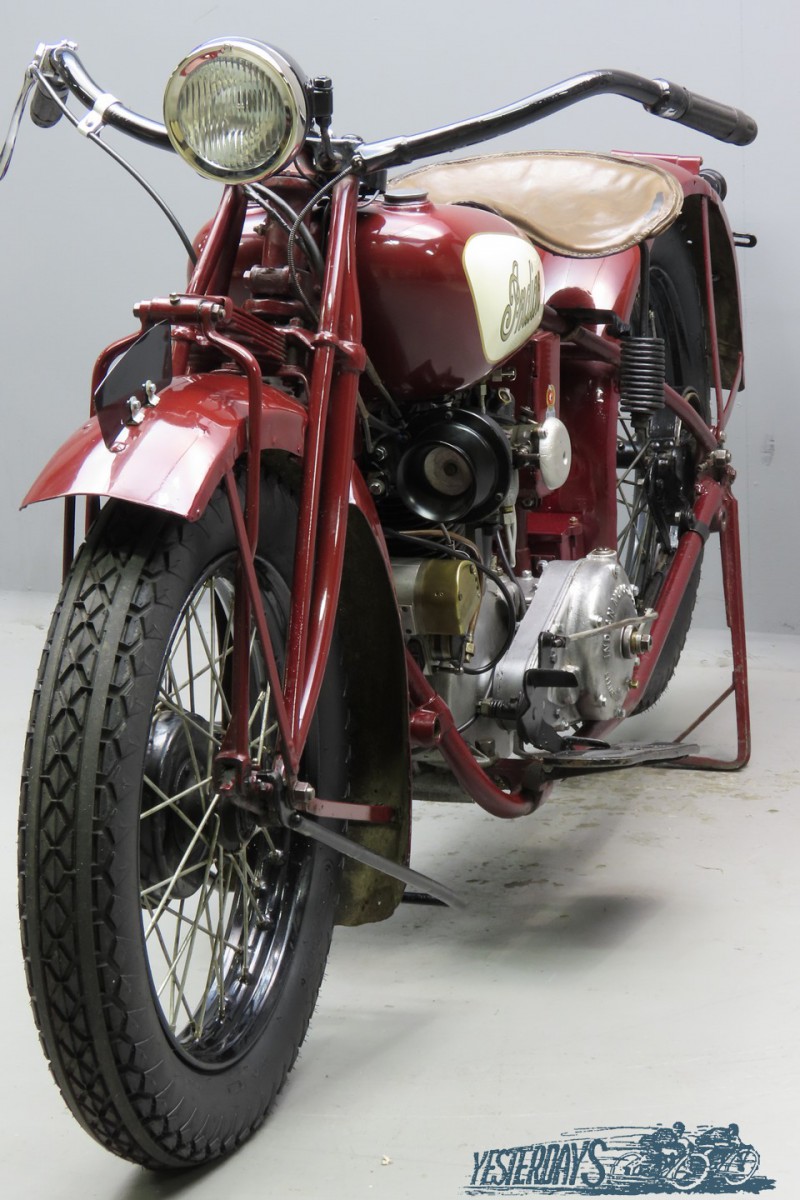 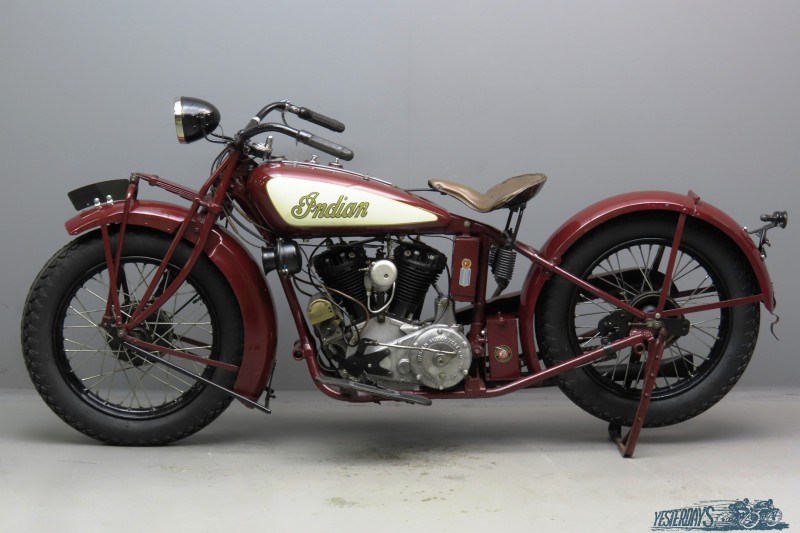 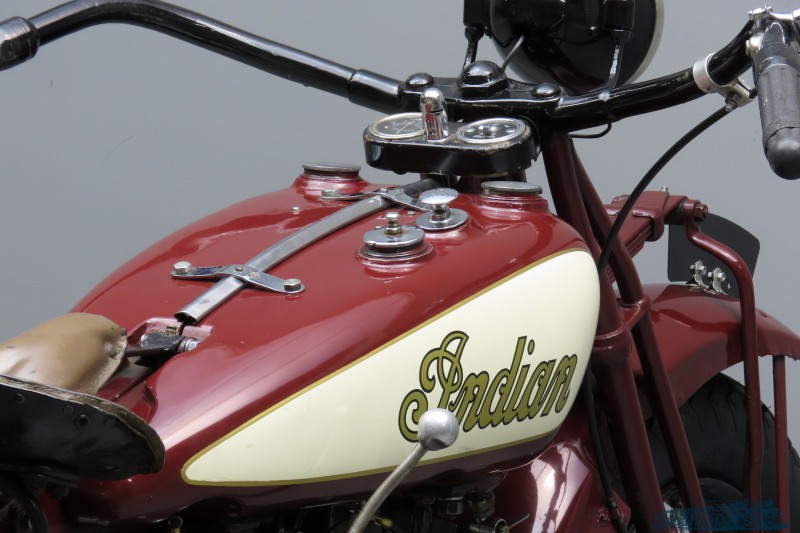 After WW I the Indian factory decided it was time to market a somewhat lighter model than the 1000cc Powerplus.
The new model was labelled “Scout” and it created a sensation when brought out in 1920.
The strong points of the new design were easy handling, lightness, ample power for the 1920s roads and unbeatable reliability.
The new middleweight was also appealing to the prospective motorcyclists who were put off by the usual heavyweight big twins.
The Scout featured a semi-unit construction power plant with a 3 –speed transmission bolted on to it.
Primary drive was by a set of helical gears that were enclosed in a cast aluminium cover and ran in an oil bath.
The clutch was foot-controlled. The overwhelming enthusiasm for the Scout caused many riders, dealers and overseas agents to push the factory to design a lager, heavyweight v-twin along Scout lines with more speed and power, especially suited for sidecar work.
Many factory executives supported the idea because the still popular PowerPlus began to look a bit old-fashioned.
Franklin retired to the drawing board and designed a new model that would be known as the Chief.
The new model was announced in the fall of 1921 and was essentially an enlarged Scout with many PowerPlus ( or Standard as it was now called) features: engine, front forks, wheel assemblies and other parts were basically similar to the Standard, with the addition of the Scout-type helical gear drive and unit construction of engine and gearbox.
The Chief was a successful model from the start and for the 1925 season a 1200cc Big Chief model with bore x stroke dimensions of 82x112mm was added to the range.
In 1927 the Chiefs got bigger mudguards, improved muffler (the factory claimed a 50% reduction in exhaust sound), Alemite fittings for lubrication, valve release through tank and removable cylinder heads.
From 1929 on only the 1200cc version was available and the “Big Chief” name was dropped.
A special feature of the 1930 model year was the fitting of cast aluminium tanks.
These tanks were only used in 1930 and for the early 1931 models.
After stocks were used up, the company reverted to the usual sheet metal tanks.
By the end of the 20s the 101 Scouts were the bestselling Indians so Chiefs of that period are relatively rare, certainly the 1930 models with aluminium tanks.
The bike we offer is an older restoration that is fitted with a reliable Bosch magdyno. She comes complete with claxon and dashboard with ammeter and light switch.