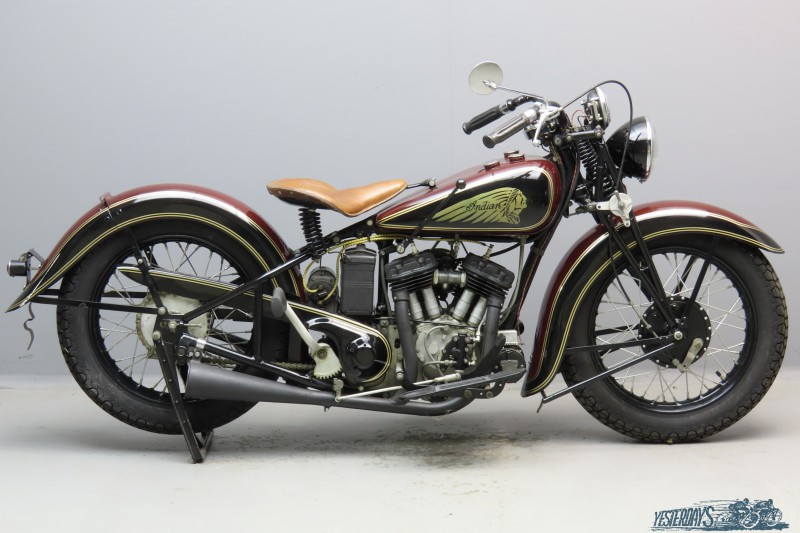 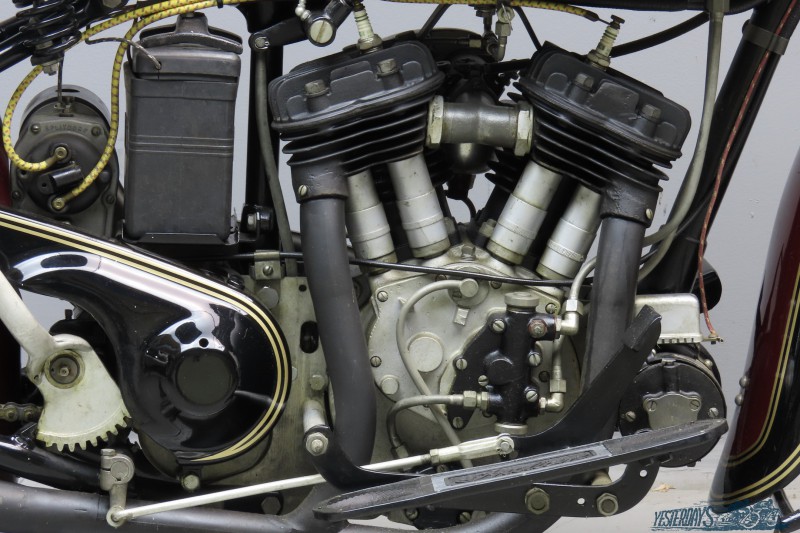 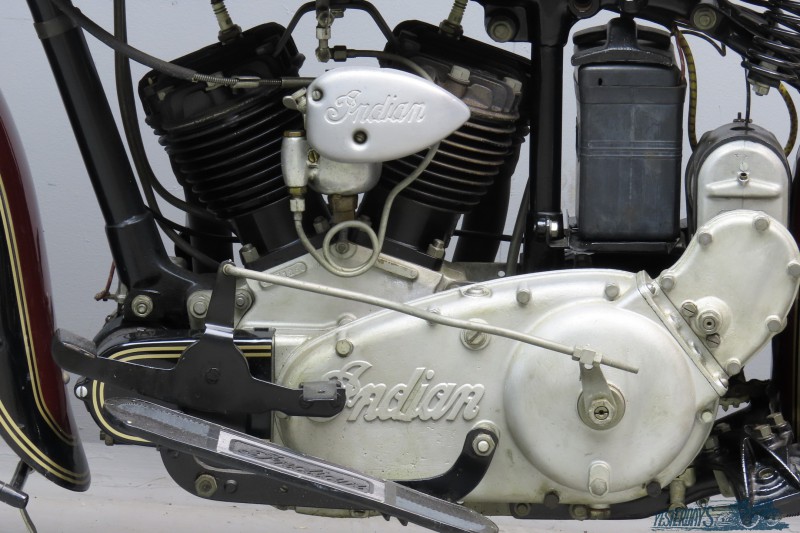 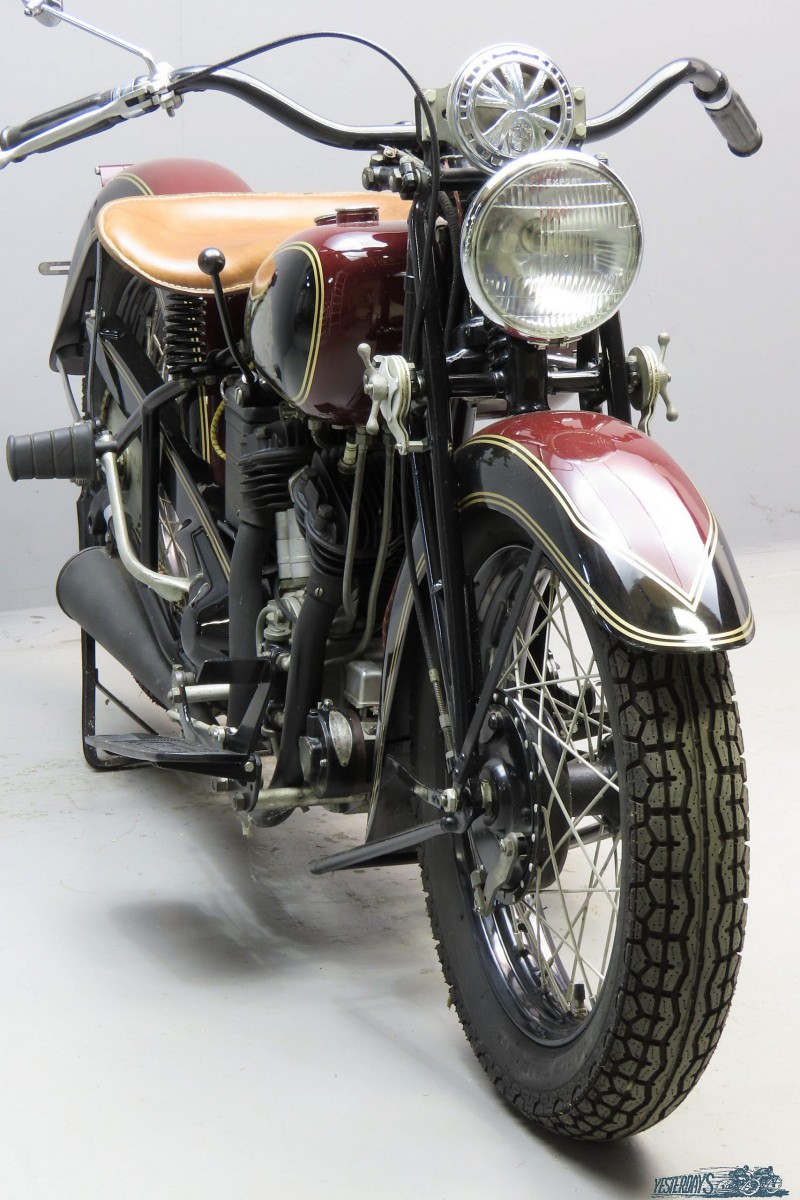 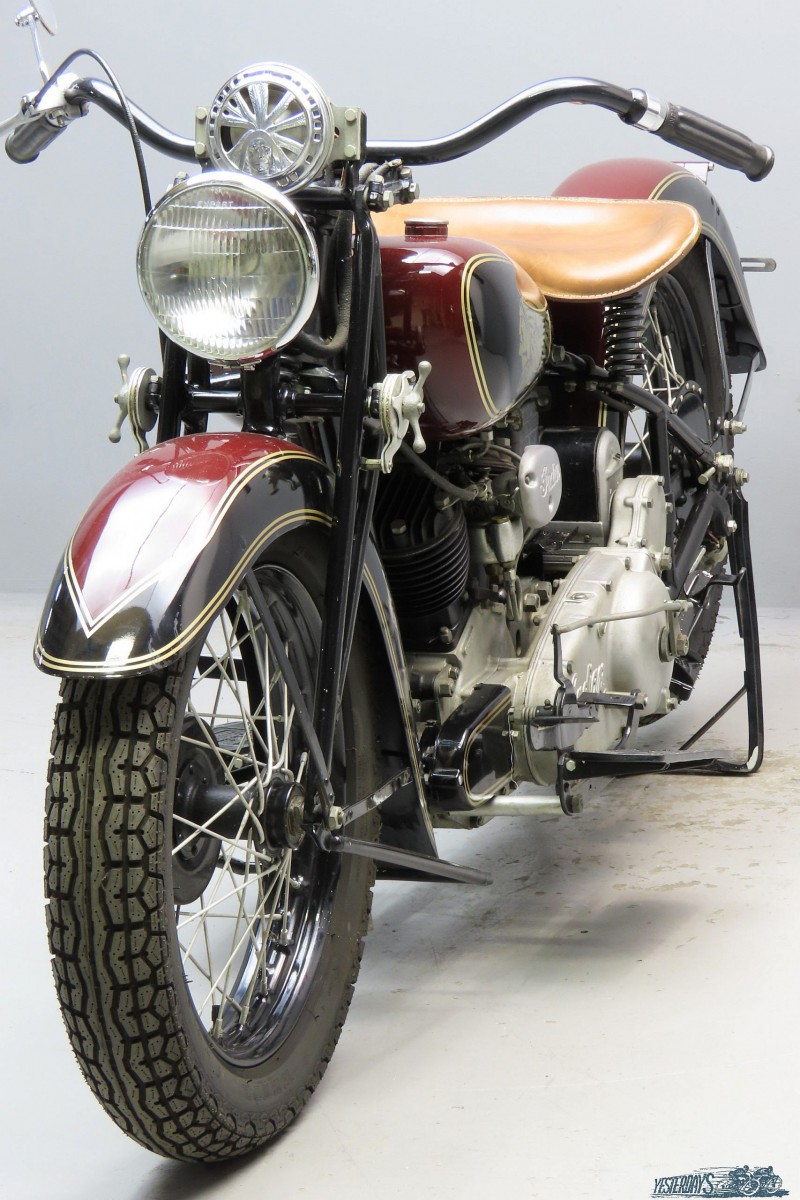 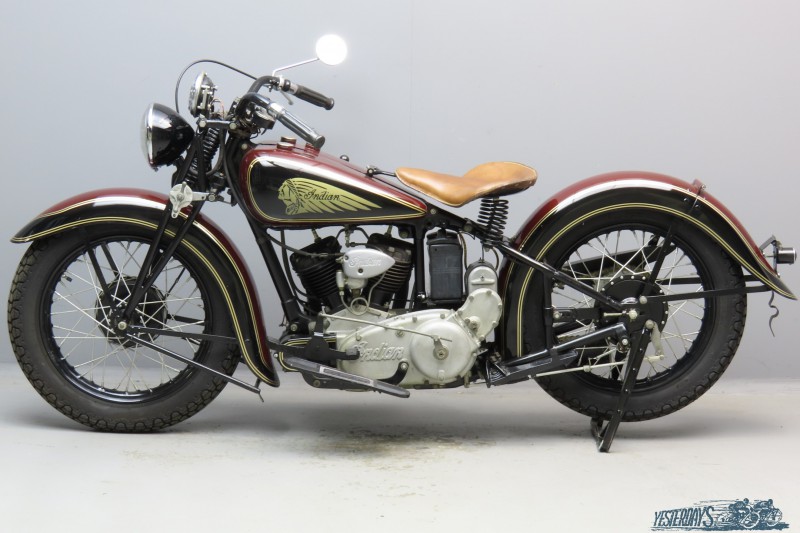 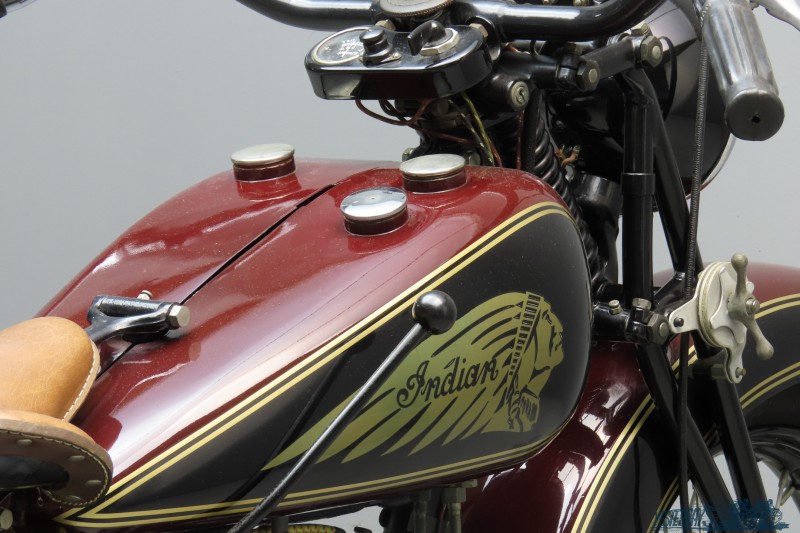 A 45ci (750cc) variant of Indian’s Scout was first offered in 1927 and then in April 1928 the 101 Scout appeared featuring a revised 750cc ‘flat head’ engine in a new, longer-wheelbase frame.
This sporting machine would prove an immense success for the Springfield firm, so much so that its replacement in 1931 by a heavier Chief-framed model was greeted with dismay.
Introduced at the end of 1934, the Sport Scout went some way towards retrieving the Scout’s reputation.
Although times were tough, Indian found the money to develop an almost completely new model, surprisingly one that was even more expensive to manufacture than the 101.
In the interest of lighter weight and better handling, the Sport Scout had a bolted-up “keystone” frame, rather than the usual cradle type.
The frame attached to the engine, gearbox, and primary drive without any tubes under the engine.
It provided improved ground clearance, and contributed to the Sport Scout weighing in at only 175kg.
Combined with a wheelbase of only 1435mm, the Sport Scout was extremely agile.
Instead of the leaf spring fork of earlier Scouts, the Sport Scout had a sprung girder fork.
The wheels were 18-inch items, with single leading-shoe brakes front and rear.
Another feature pioneered by the Sport Scout was the streamlined flowing fenders.
The Sport Scout was lighter and faster than its immediate predecessor and it was just what enthusiasts and racers had been crying out for.
The machine we offer here, a first-year Sport Scout, has been restored to a high standard and is fitted with the optional magneto ignition.