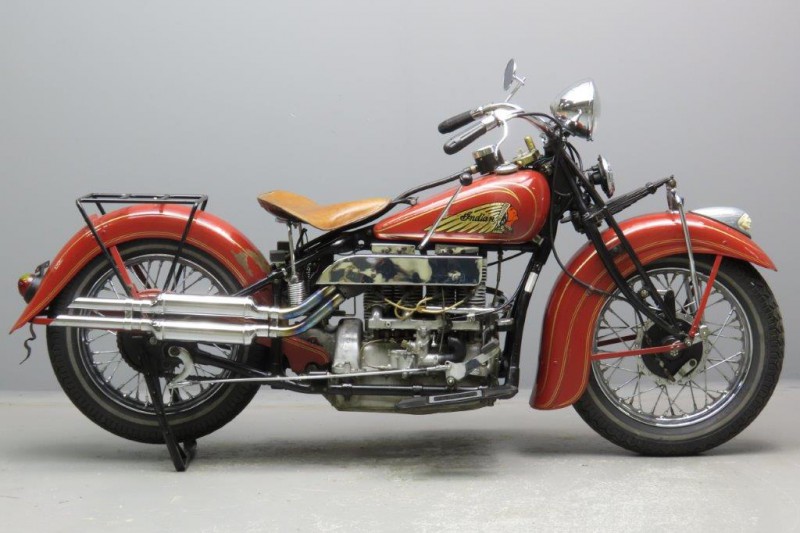 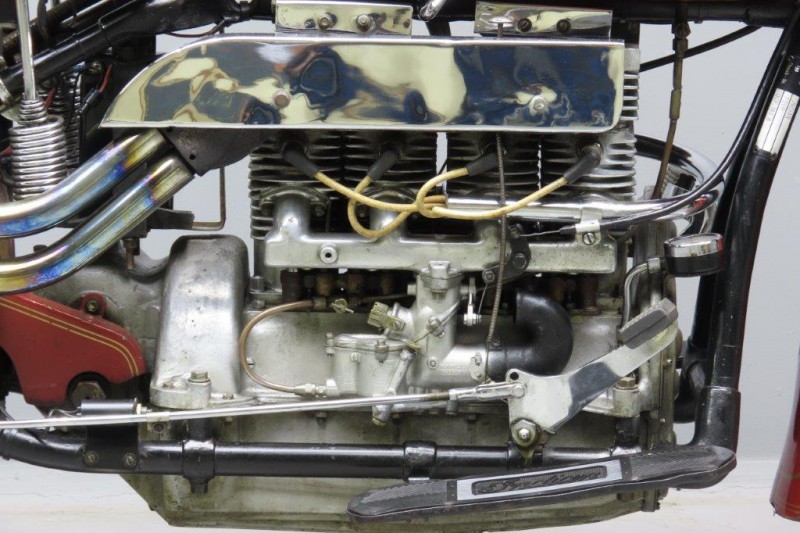 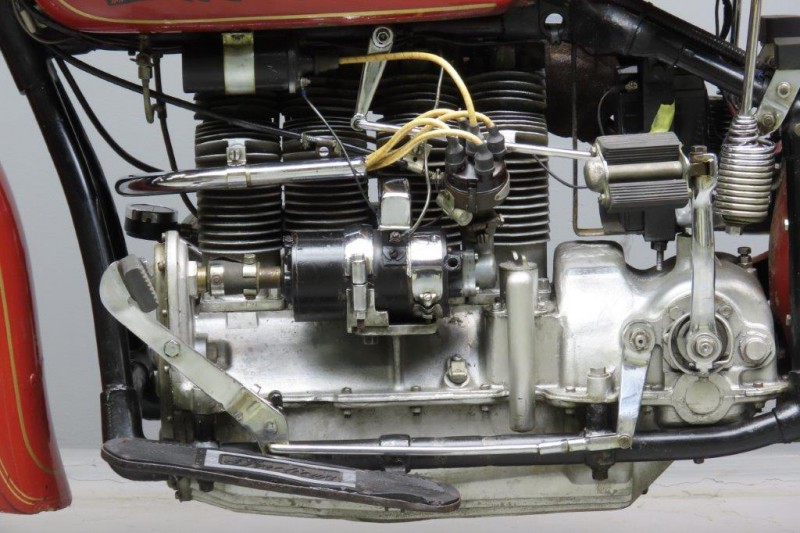 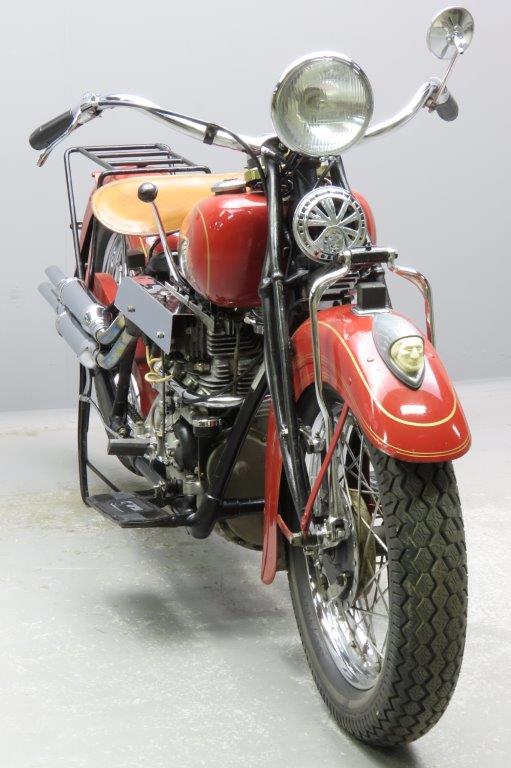 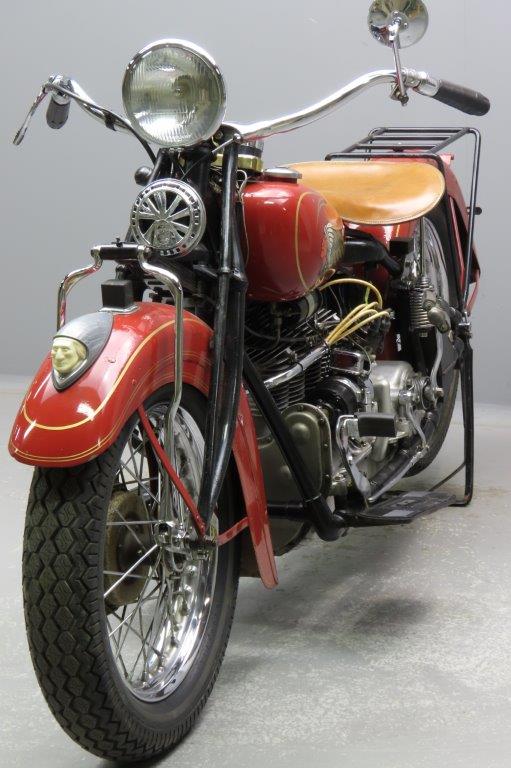 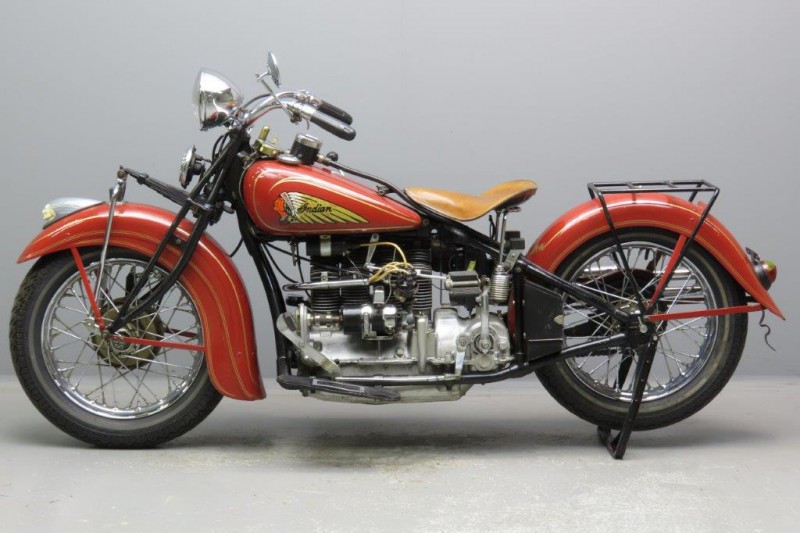 Early in 1927 Indian bought the entire assets of the famous ACE motorcycle corporation.
Indian proceeded to manufacture the Indian –ACE until 1928 when the Indian Four took its place.
The 1265 cc engine has overhead inlet valves and side exhaust valves and delivered in the late twenties form around 30 HP.
About ten years later this had grown to about 40 HP and tuned examples were known to put out some 50 HP! But with output also the weight grew: a 1929 4 would weigh about 455 lb, a 1941 model weighs 568 lb.
The Model 436 was in production by May 1935.
The most striking difference with the earlier models was that the valve configuration was reversed: the intake valves were placed in the cylinder blocks and the exhaust valves in the cylinder heads. In a conventional F-head engine the side valves are side-mounted and consequently a lot of heat is centered around a small surface area.
When the exhaust valves are overhead the cylinder heads offer a much larger area over which to dissipate the heat.
Another Upside-Down advantage is that the inlet manifold is kept cooler because it’s more “in the wind”.
With a cooler mixture there is more density and consequently a more efficient mixture.
The result of this engineering change was that the engines were better cooled and delivered more power.
The company claimed that the 436 was “the world’s finest, the world’s fastest stock motorcycle”.
Indian’s West Coast distributor claimed a cruising speed of 90 mph.
The 436 was widely used by speed cops and one such officer remarked: “Just yesterday we overhauled a speeder at 80 miles per hour causing us to use around 90 which I did with the greatest of ease and we feel sure that it has 10 or more miles of speed in it. “ (Adapted from: Indian Four Motorcycles, by Jerry Hatfield and Jeff Hackett. Makes great reading!)
The specimen we present here is an older restoration that would benefit from a new coat of shiny paint to make it proud again.