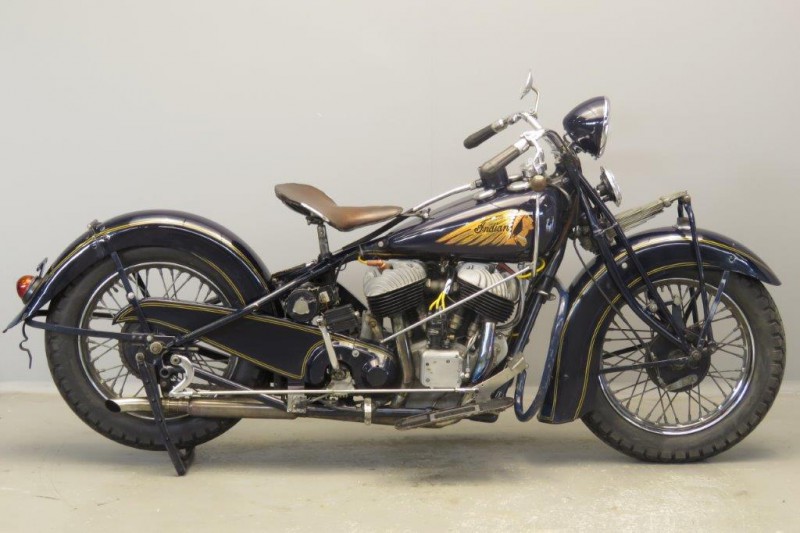 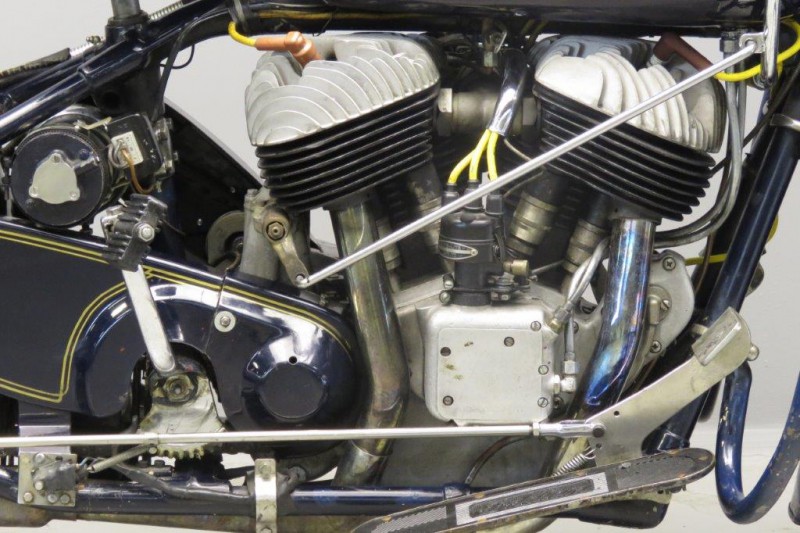 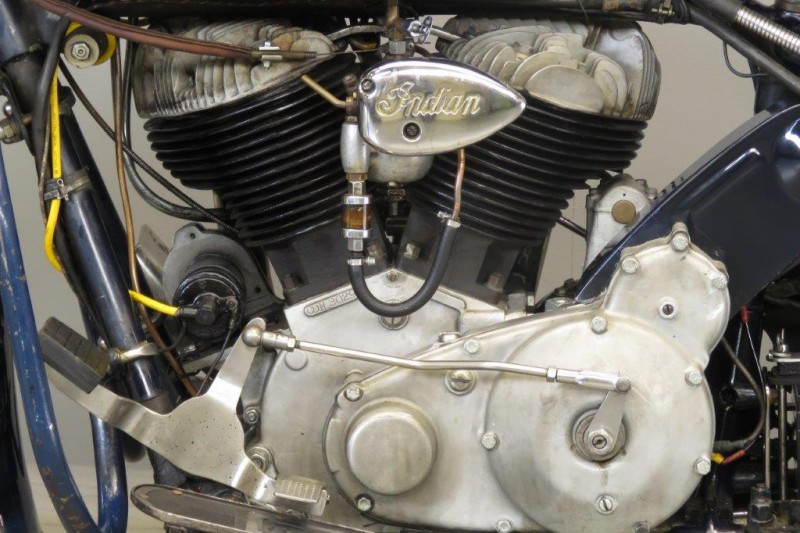 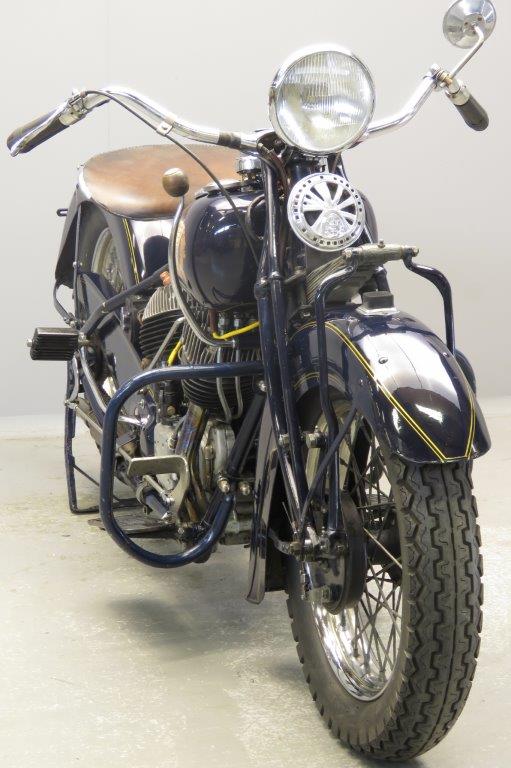 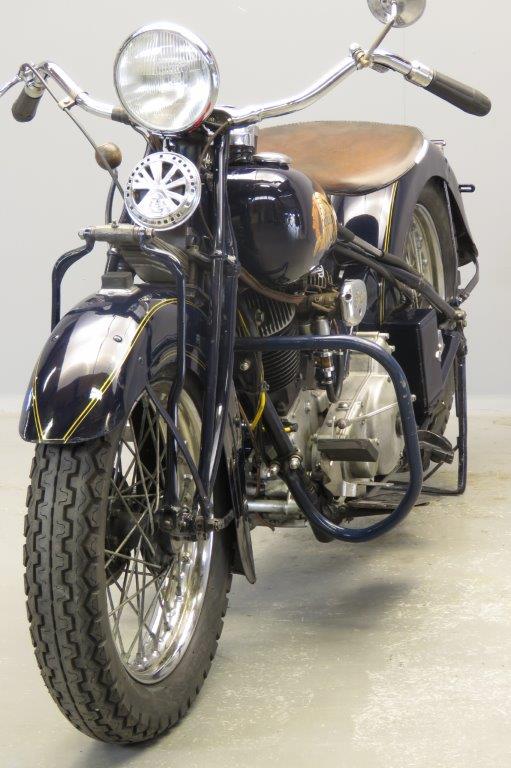 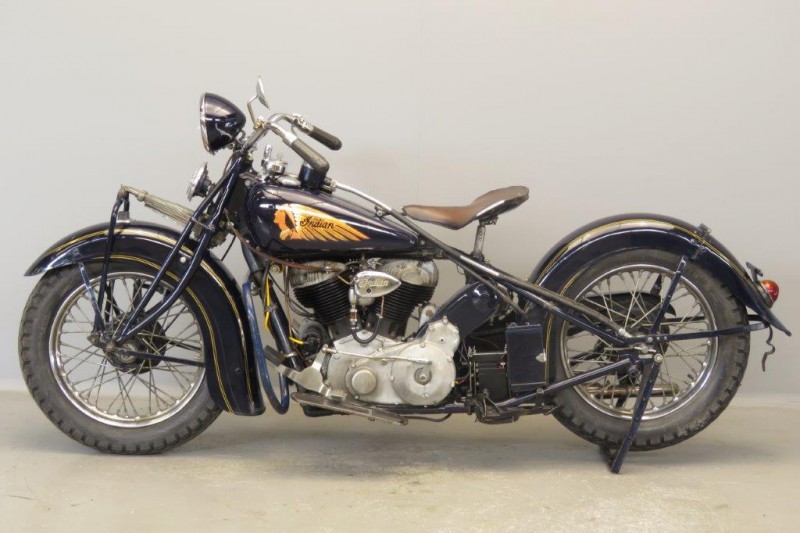 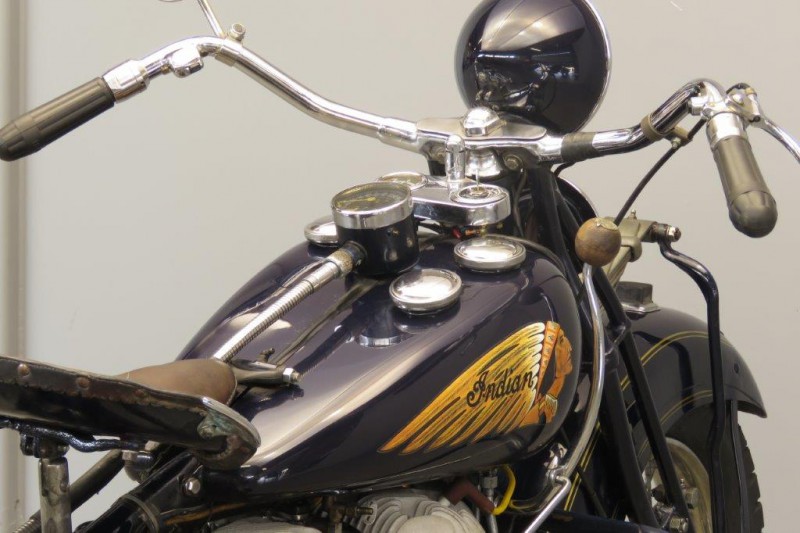 The first Indian Chief was introduced for the 1922 model year and was designed to compete against the larger motorcycles offered by several of the competitors, and provide an able sidecar machine.
The most important advancement of the new 61ci Chief was the motor used a separate cam to operate both intake and exhaust valves for each cylinder.
The new Chief utilized one-piece cylinders and heads but gained separate cylinders and heads for 1927.
Like the Scout, the new Chief joined the three speed sliding gear transmission with the engine through an aluminium cast primary case.
The new Chief engine was placed into a double tube cradle frame and rigidly secured by two points at the front of the frame and a single point at the rear of the transmission, an advancement that would last until the end of Chief production some 30 years later.
Front suspension used a robust form of Indian’s leaf spring forks originally debuted in 1910. One year later a 74ci version was marketed, the Big Chief.
The Big Chief of 1923 boasted a new 74ci engine through increases in both bore and stroke of the engine. The boost in engine size increased top speed to about 70mph.
The new Big Chief quickly became the best seller of the Indian offerings for both private riders and for the lucrative police force contracts.
Year by year small improvements were carried through but for the 1935 season the Indian range was extensively updated.
The Chief, Standard Scout and Four were restyled with deep, valanced mudguards that ended in a sweeping curve.
The fuel tanks of all models were made more bulbous for increased capacity and were fitted with bayonet filler caps.
In the years to come till 1940 no important changes were made.
This rugged and reliable touring machine has been fitted with a more modern 1948 Chief engine.
The machine has been restored a number of years ago and is a strong runner.