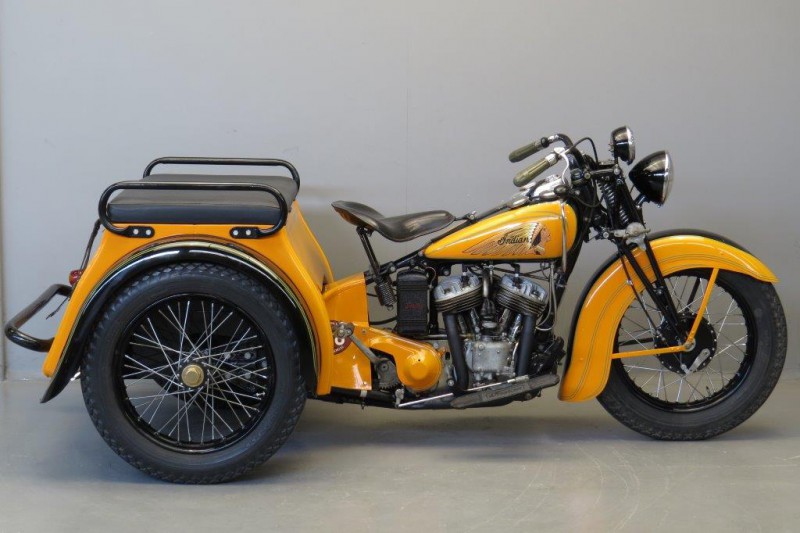 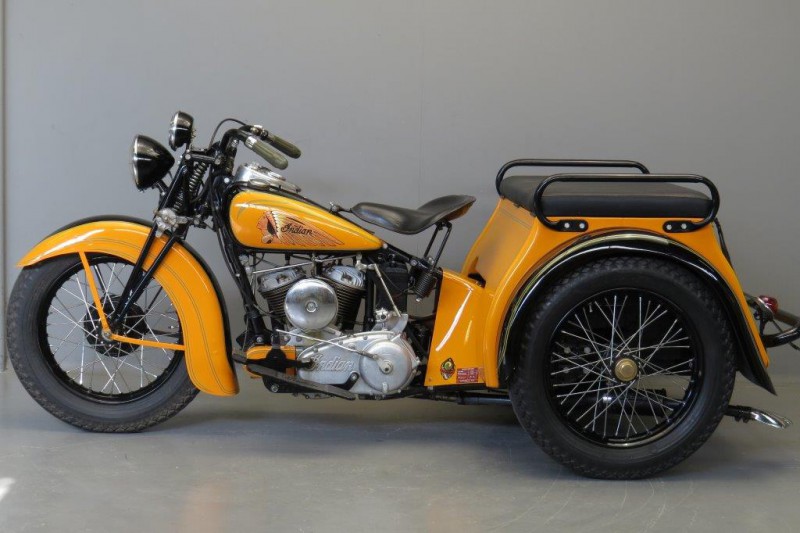 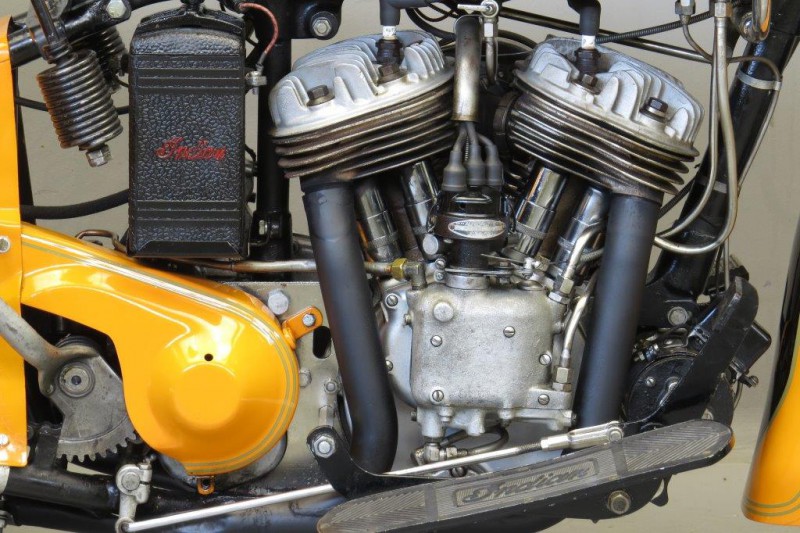 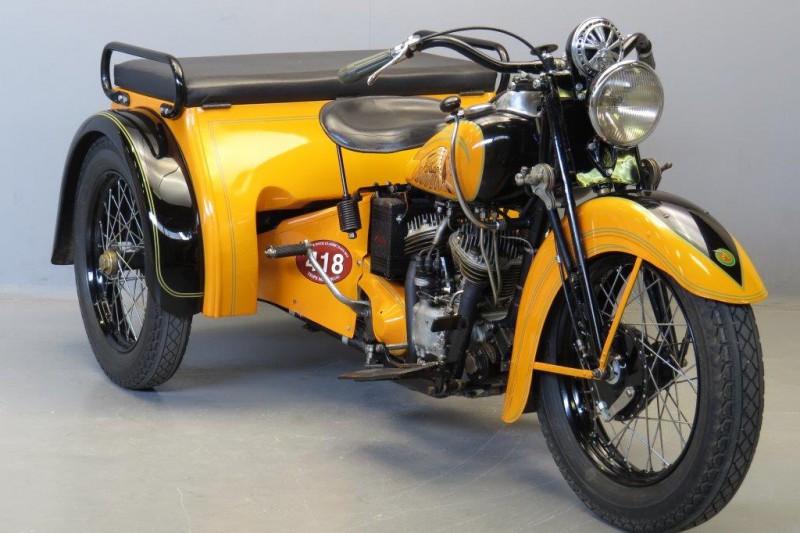 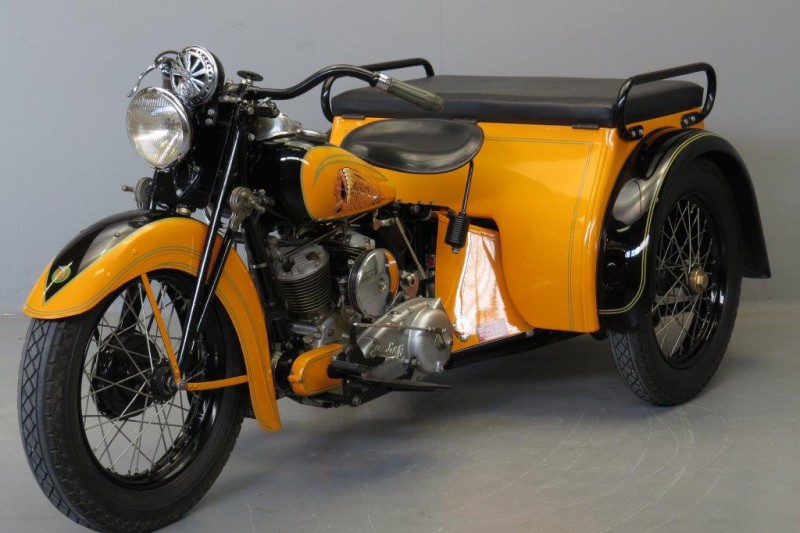 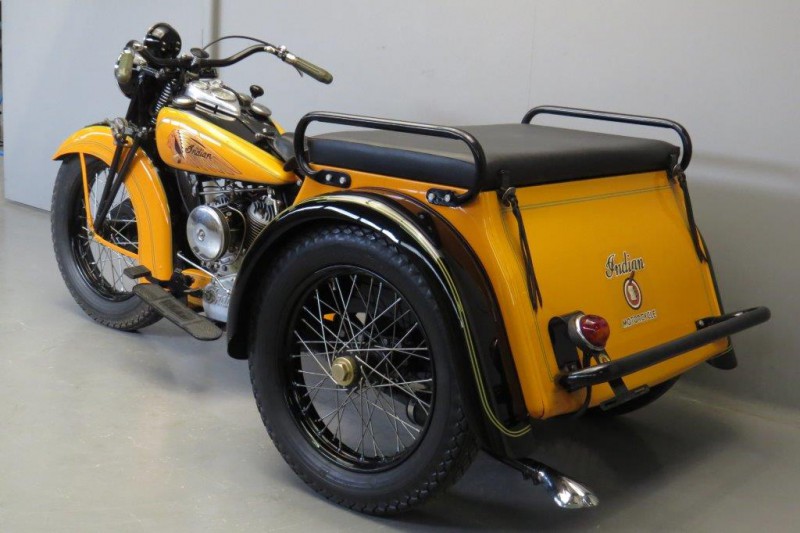 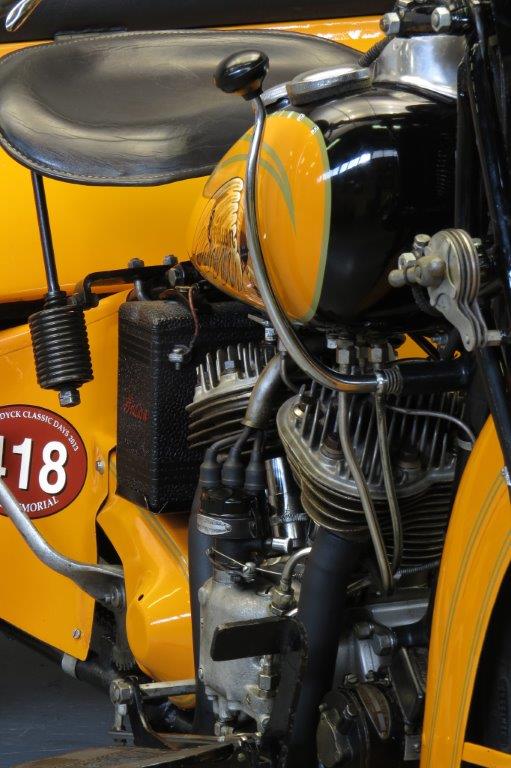 The Dispatch-Tow was first brought out in 1931 as a vehicle specially designed for use by automobile dealers.
At that time cars needed more  frequent garage maintenance ( lubrication and running adjustments) and  two men were usually needed to pick up a car at a customer’s home.
The Dispatch-Tow was equipped with a tow bar. After arriving
at the customer’s home the mechanic would connect the three-wheeler to the rear of the car and tow it back to the garage and vice versa when the car was ready.
It was quite a successful design and in its first year on the market nearly 400 were sold.
Between 1932 and 1935 the model was discontinued and it came back with a Sport Scout engine in 1935.
The engine fitted had a lower compression  and lower gear ratios. Source: Harry V. Sucher, “ The Iron Redskin”.

This 1938 Dispatch-Tow is  quite rare.
It has been restored with care.