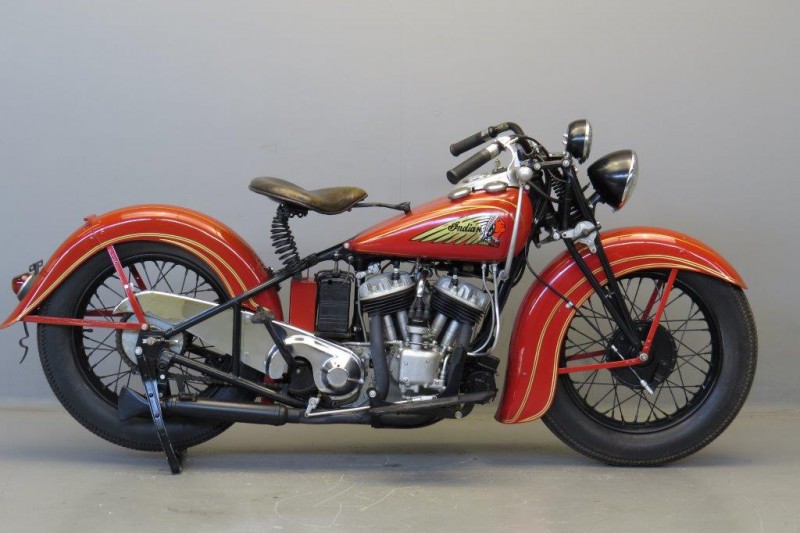 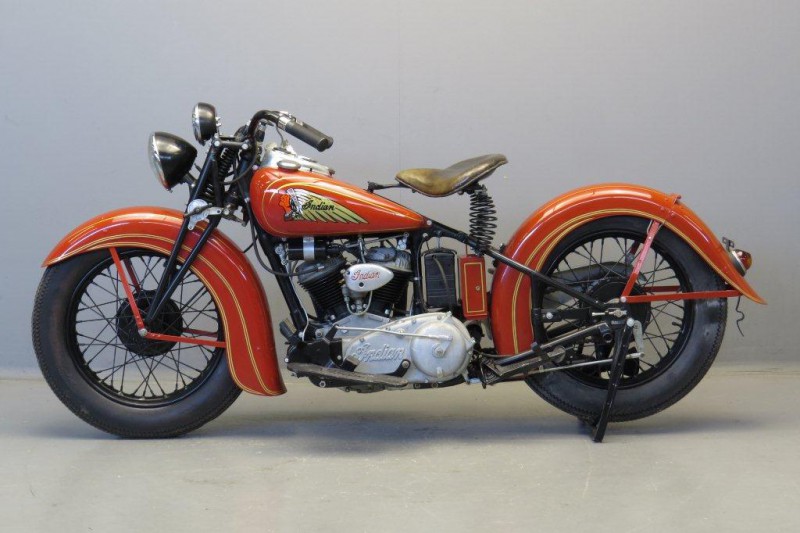 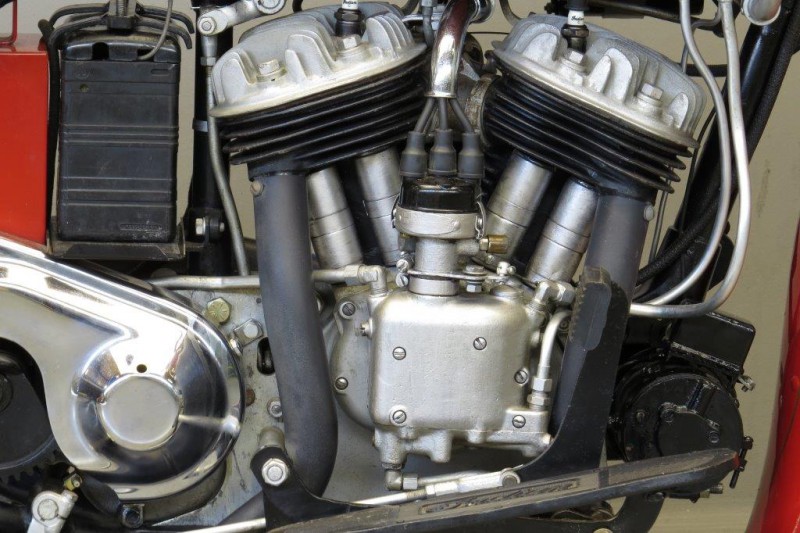 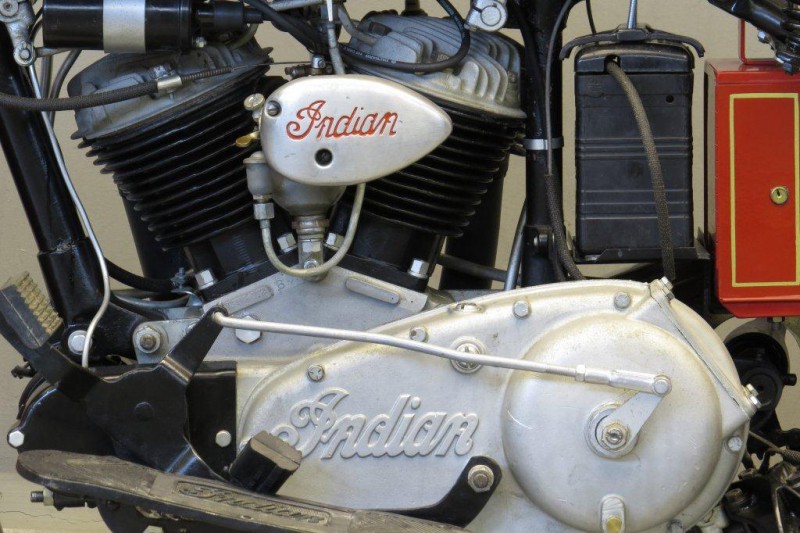 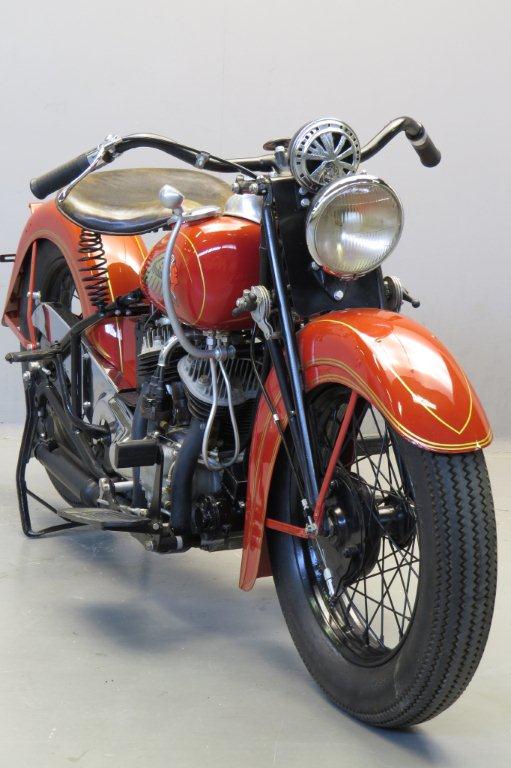 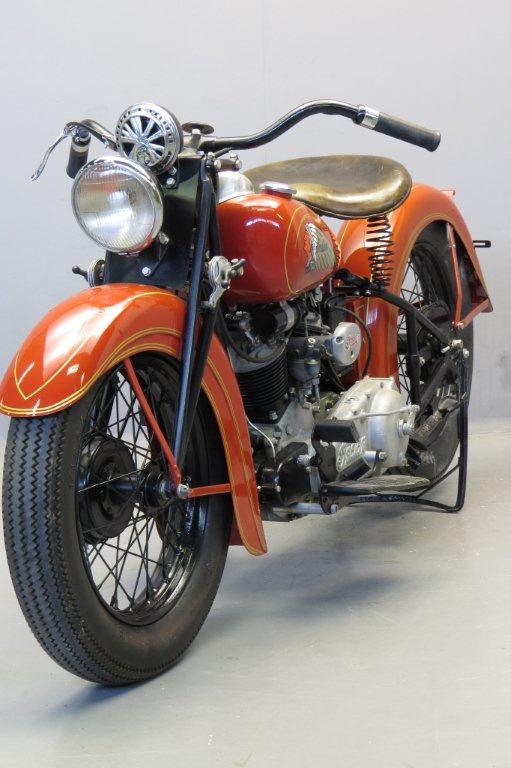 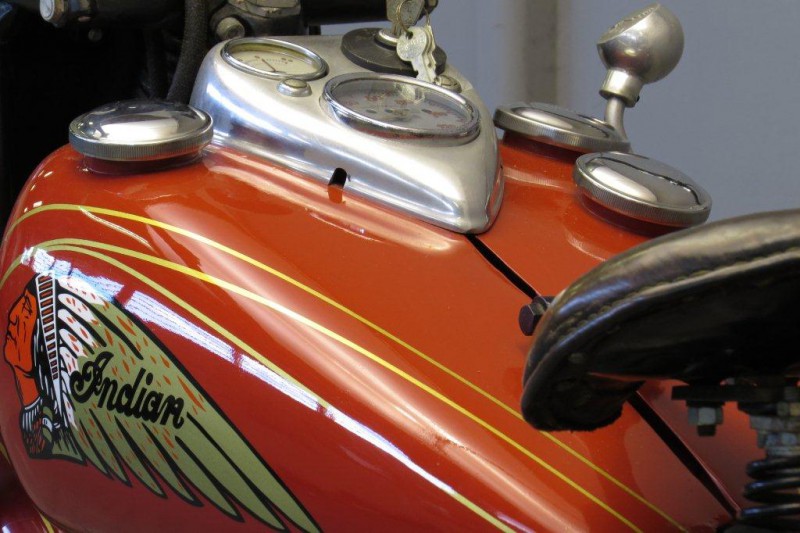 In 1932 two new lightweight twin cylinder models are introduced, the 750 cc “Motoplane”  and the500cc “Pony Scout”  which will  later be  renamed “Junior Scout”.
The Motoplane is marketed as  a light and simple low-cost sports machine that can be entered in various types of competition events by an owner-rider.
The engine is basically the time-tried 101 engine but with the marked improvements of better designed cylinders and  dry sump oiling.
The Pony Scout is intended as an economical utility machine.
Both types are  basically designed as resurrected Prince models, utilizing  many Prince cycle parts as well as the  Prince clutch and gearbox.  The Motoplane  aimes for the more sporty type of Indian rider, who is not satisfied with the heavy Standard Scout that has superseded the much lamented 101 model for 1932.
However,  frame and forks of the Motoplane prove to be to light for the lively engine so it is decided to design   a much stronger rolling chassis around the 750 cc engine.
This new “Sport Scout” is introduced in 1934 and it will become a very successful model for Indian, remaining in production till 1941.
The Sport Scout has a distinctly European look with its diamond frame and girder forks and is a handsome machine with its streamlined mudguards.
The primary drive is by a  triple chain in  a neat aluminium casing and on the top of the petrol tank we find a graceful aluminium panel  with speedometer, switch and amp gauge.
This Sport Scout has been restored with care;  today  this model remains a favourite among discerning Indian owners and riders.