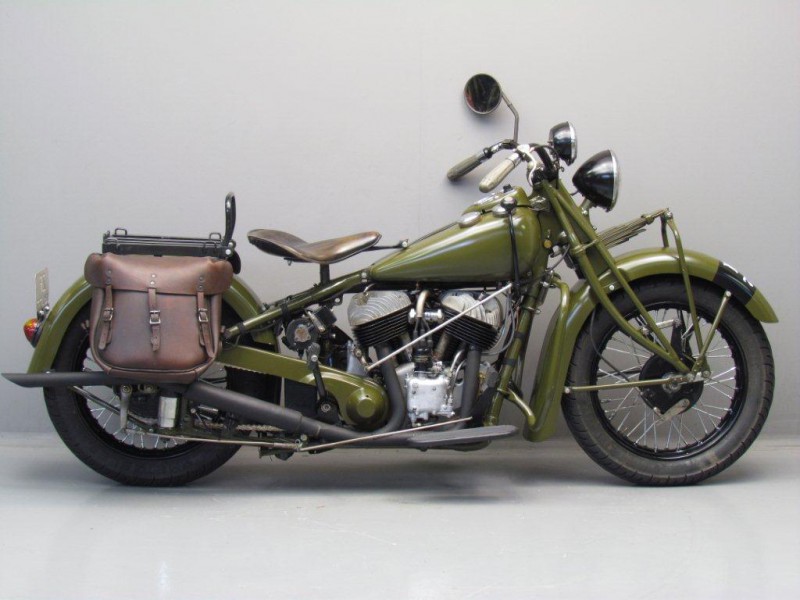 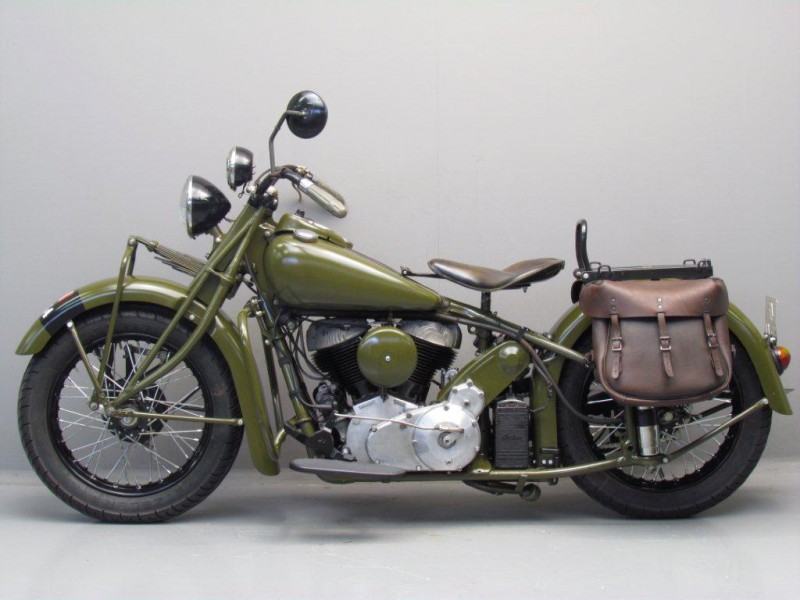 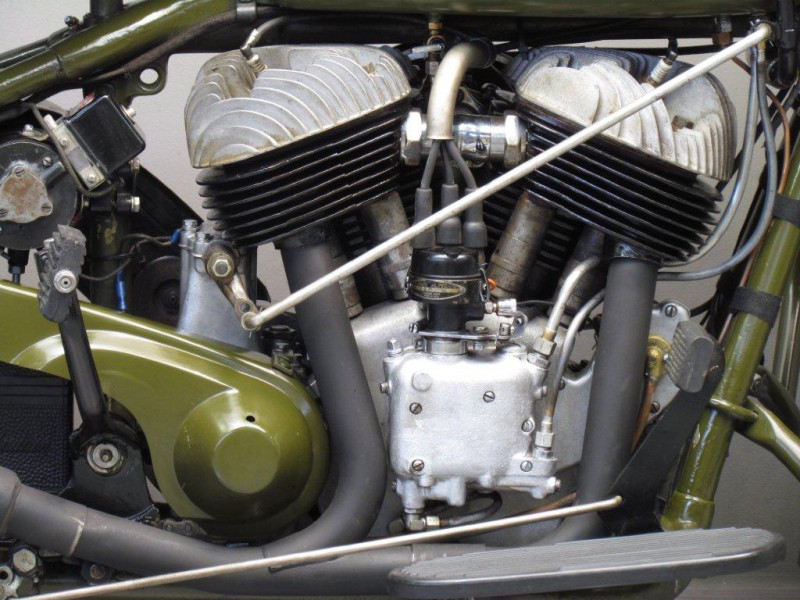 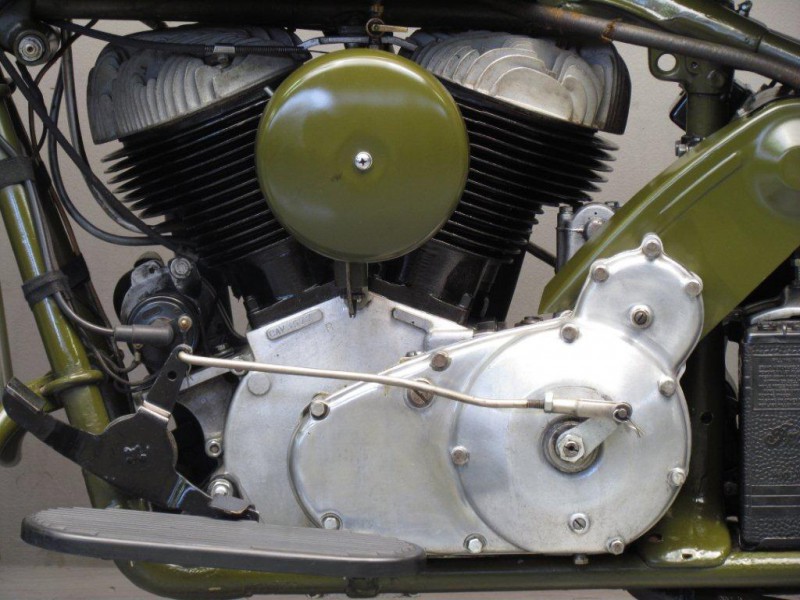 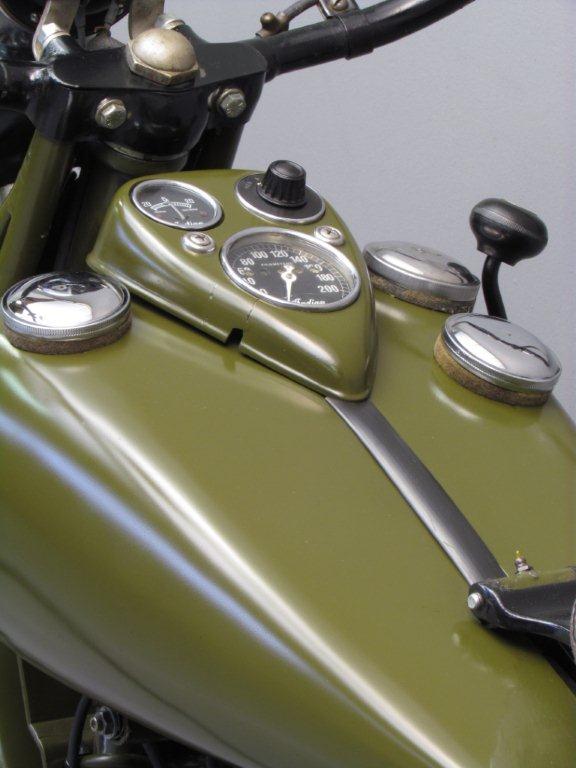 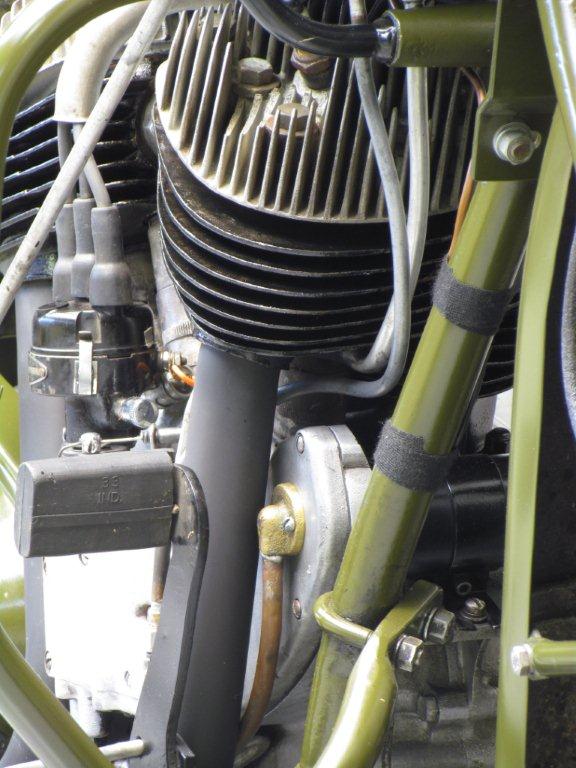 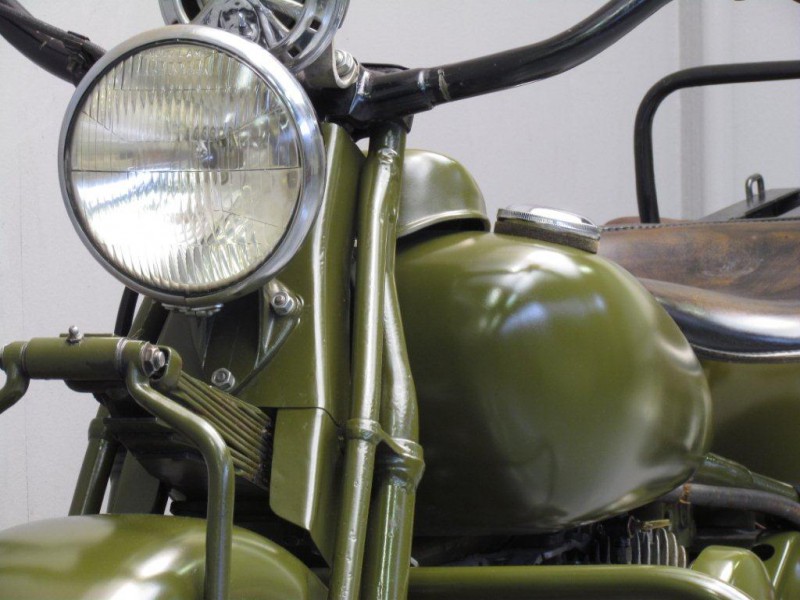 For model year 1940 the Indian company had thoroughly restyled  their range  in order to attract more customers.
Streamlining was all the vogue and Indian proudly boasted that they were leaders in this respect. Notable features of the new models were the skirted fenders and the spring frame for the Four and  the Big Chief. But there was much more: new cushioned saddle, lower saddle positions, new tire size,  Purolator oil filter unit to make for cooler running of the engine to name just a few novelties.
The 1940 season looked promising and  the company had projected an output of some 5,000 machines.
Early October 1939 it became clear that the output was going to be substantially more, because the French army had placed an order of no less than 5,000 Big Chief sidecar combinations.
The French wanted a motor cycle with a sidecar to transport 3 soldiers, so the combinations had to be fitted with a pillion seat.
The order was for standard machines, without accessories and adapted fenders for military use.
Although the order caused great joy in the financial department, the logistics people found themselves facing an enormous challenge; American dealers  and  their customers were eagerly awaiting their new 1940 Chiefs ..…Most machines reached France before the German invasion in 1940.
A number  of them were destroyed but quite a few   brand new 340’s found their way into the German army.
They were used extensively and a number  of them ended up  on the Eastern front.
When a “Russian”  340  crossed the path of Belgian motorcycle enthusiast Martin M. Bogaert  he  got fascinated by  the French army Indians and he myths surrounding them.
His  “ Quest for the holy CAV” turned into a tough crusade, but it resulted in the very fascinating book “ An American in Paris, the story of the Indian 74 Model 340.”
More than 300 pages of in-depth information, a quite outstanding book.
Martin also set up a website on his beloved CAV’s,   http://www.indian-model340.be.
This mighty 340 has been restored to a high standard.