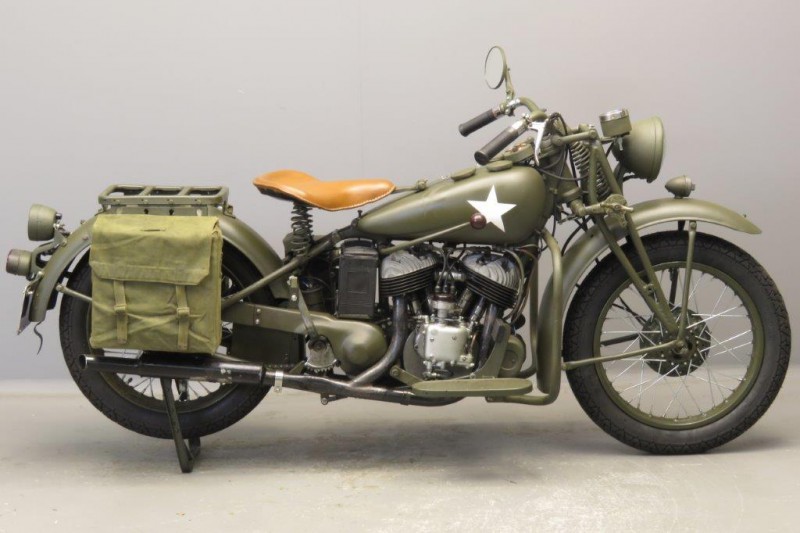 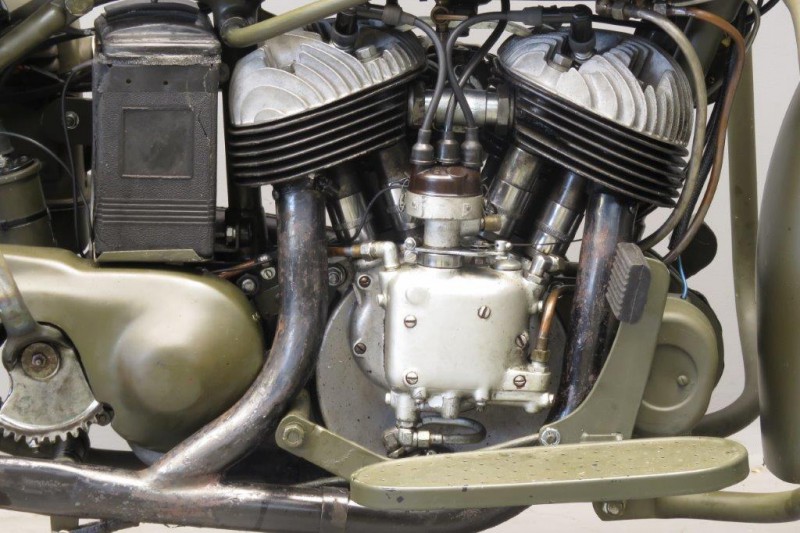 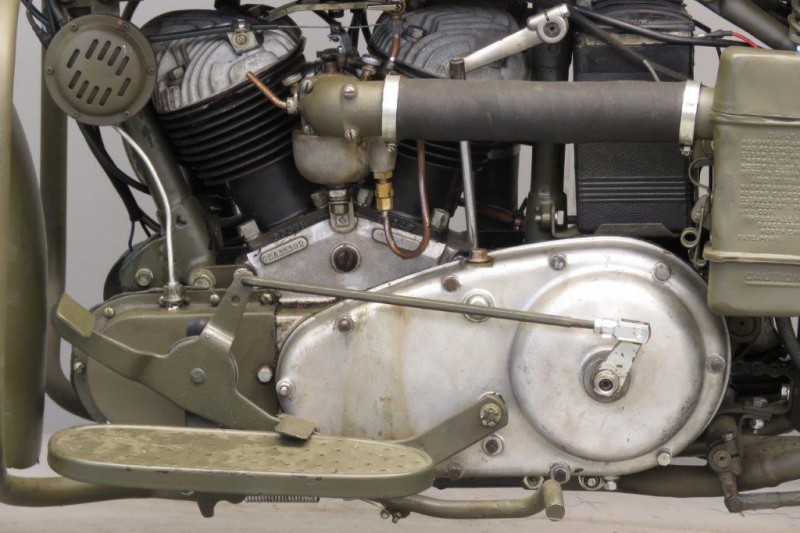 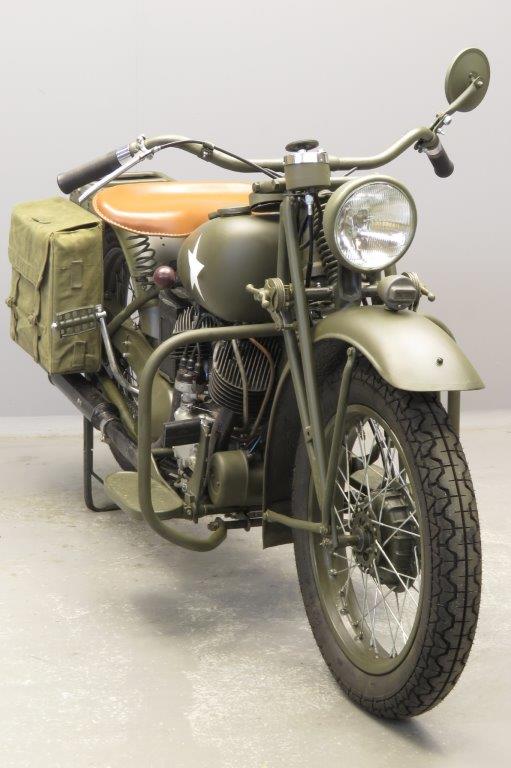 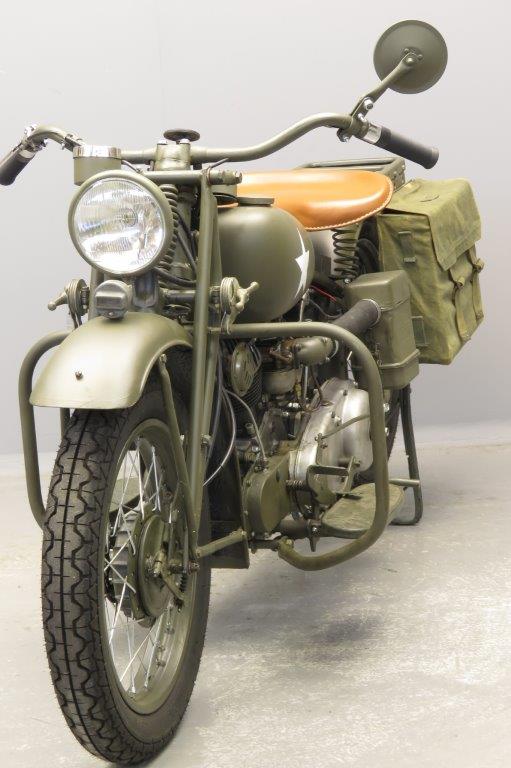 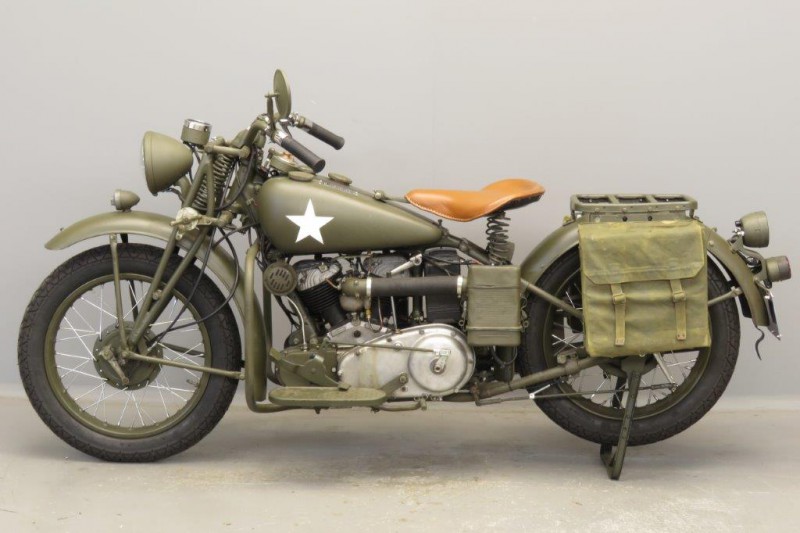 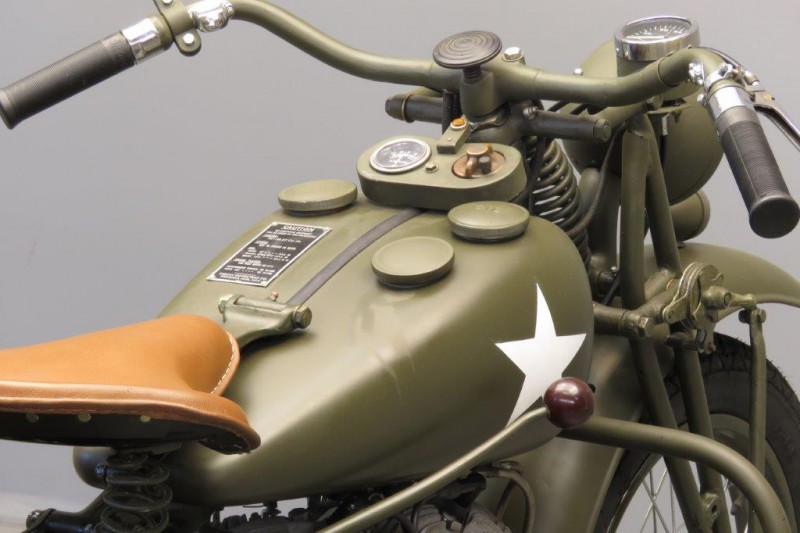 This model of the famous Indian make was designed in 1939 to be used in the US army and the armies of its allies.
The configuration is much like that of its bigger brother the 750 cc Military Scout ( model 640 B), but the 500 is built lighter as regards to both frame and engine.
There are also many differences in detail.
The production ran for about 6 years till 1944.
In that period no significant changes were made in the 741’s specification; about 35,000 machines were made.
Engine performance is about 15 HP at 4,800 rpm. Ignition is by battery and coil, (the B in the model designation points to battery /coil ignition) weight is 450 lb, top speed 65 mph.
Transmission 3 speed hand shift, tyres 3.50 x 18.
This Indian Army model 741 comes complete with saddle bags, square air filter and has been restored to ride and too last.
She has been stroked to near 600cc and is a very swift machine and capable to cope with modern traffic.
The front brake has been converted to a more powerful device and the generator has been replaced by a Bosch with electronic regulator.
She was used on many long European and North Africa trips and proved to be very reliable.