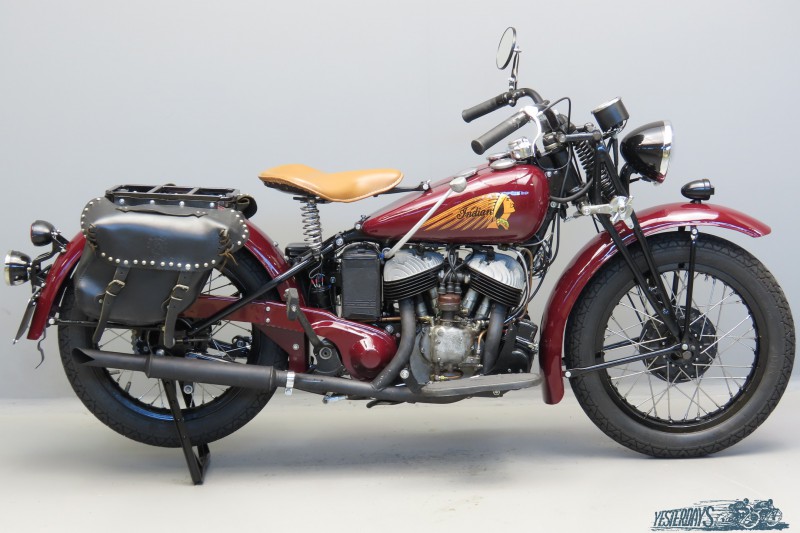 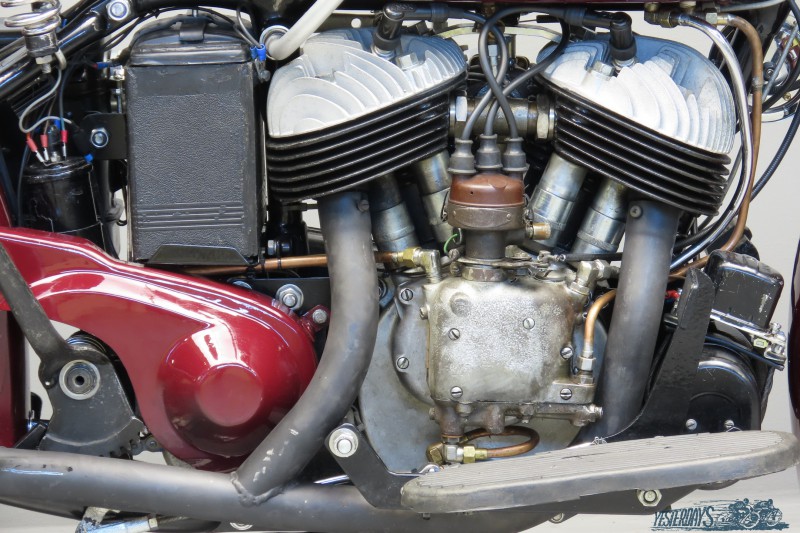 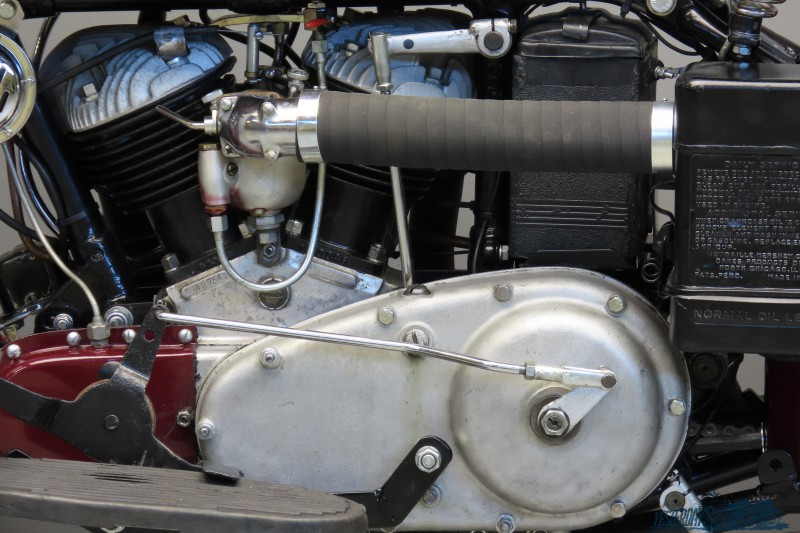 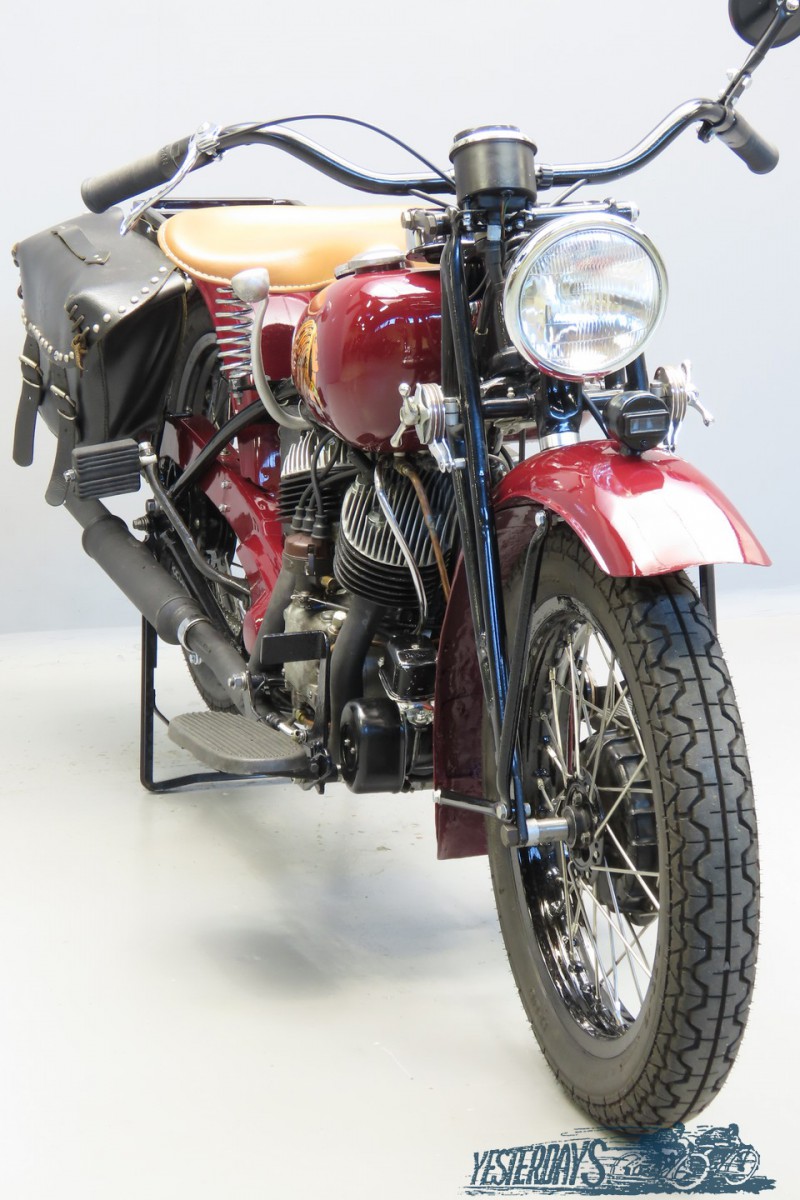 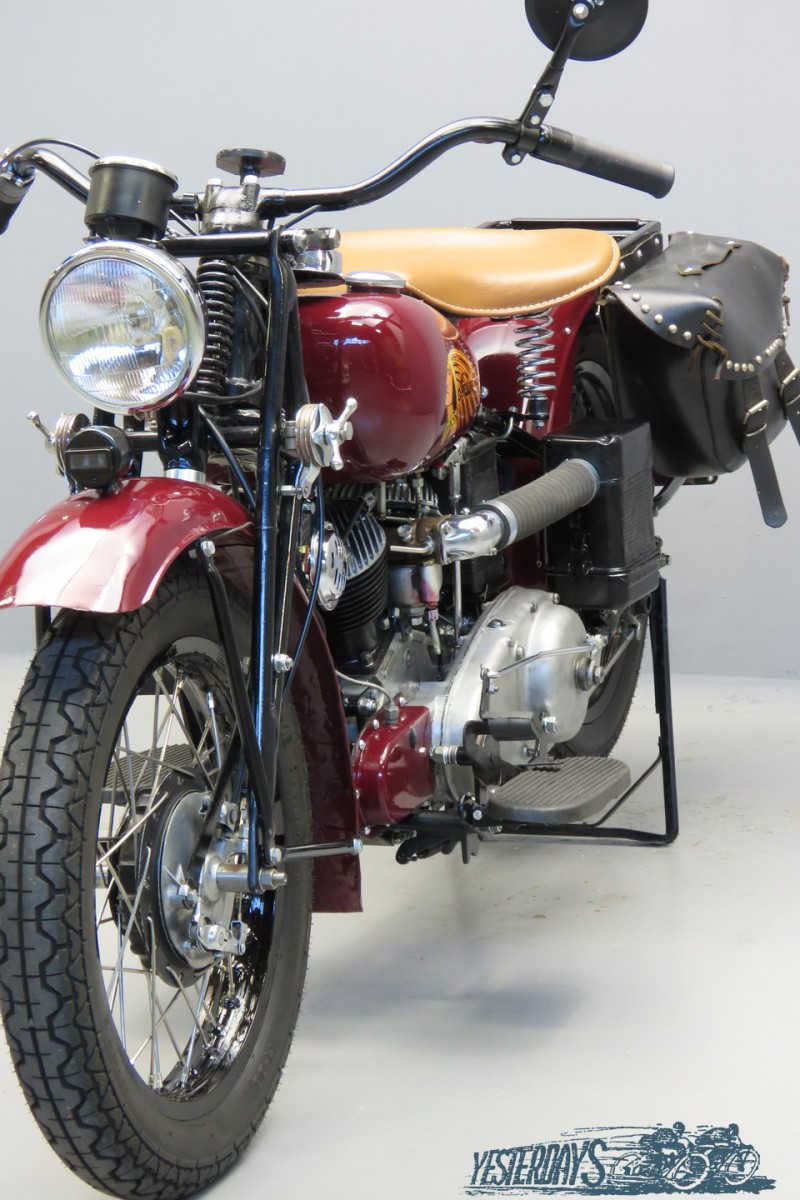 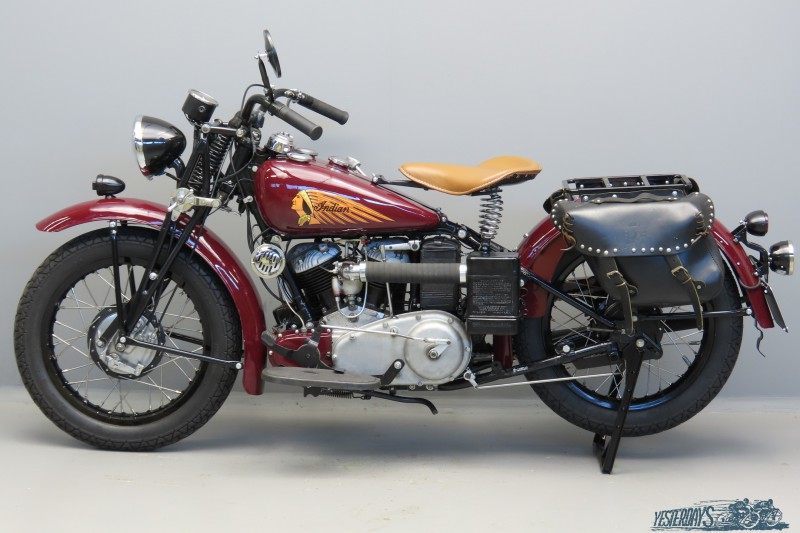 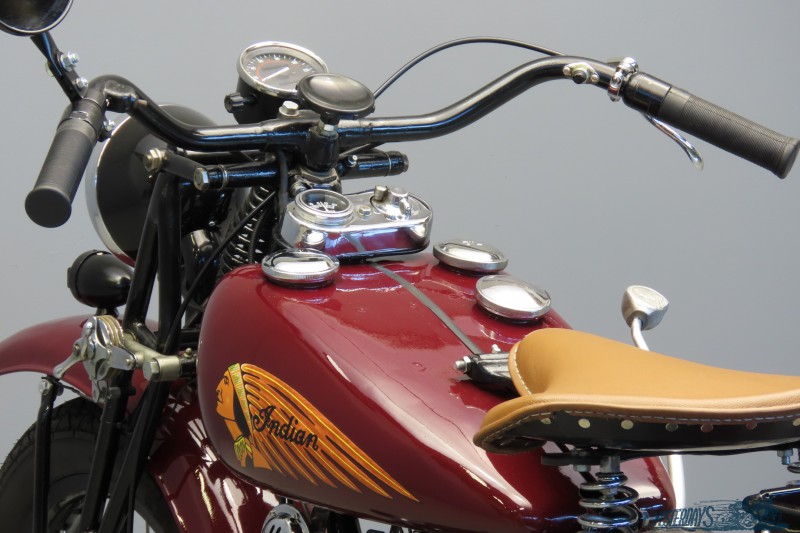 As World War II loomed, the United States military set about drawing up specifications for a useful, universal motorcycle, and put its construction out for bid.
But though several manufacturers submitted bids, ultimately designed and manufactured motorcycles to sell, there’s little doubt that the US Military preferred Harley-Davidson’s WLA to any other brand or style of motorcycle in the WW II era. Offering several machines based on production bikes, Indian tried to compete but initially without much success.
There was the 640-B, a military version of the Sport Scout. It was tested by the US Army and used on bases within the United States, but was not shipped overseas. Approximately 2,500 were built. Indian also presented a military version of the Chief.
In 1939 the French army ordered some 5,000 of these machines but the American army didn’t use them in great numbers.
The sales success came when Indian offered the 741 based on the civilian Thirty-Fifty model.
The US Army favoured the 45 cubic inches of the WLA Harley-Davidson and this Indian was but 30.5 cubic inches, or 500cc.
However, the little twin proved to be very durable and reliable and ultimately some 35,000 were produced, mainly for the Allies. Incidentally, Harley riders in the military had difficulty with the Indian’s foot clutch operated with the heel; Harley’s required the toe.
This restored 741 has been updated by the former owner: the bore has been increased to bring the capacity to 600cc.
It’s got a 12 volt Bosch installation and electronic ignition.
The brakes have been improved ( front brake is double-acting) and during restauration engine bearings, chains and chainwheels and tyres have been renewed.