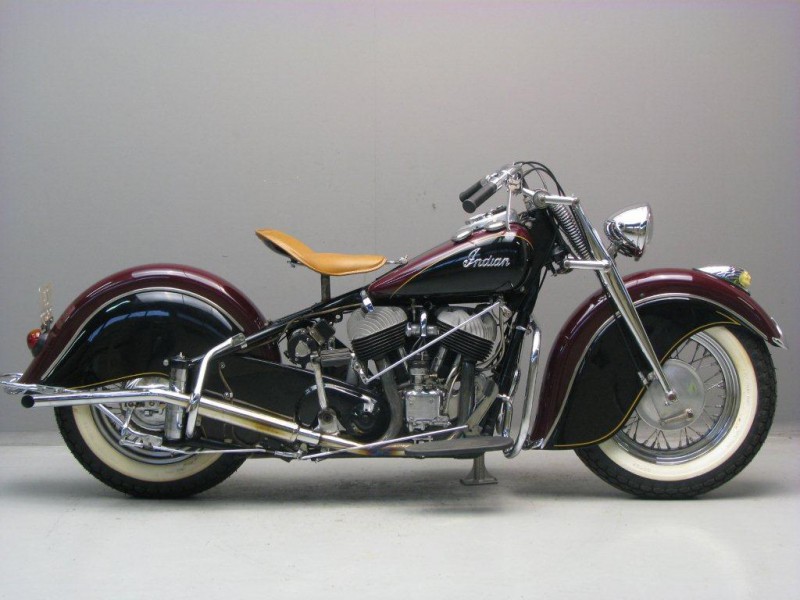 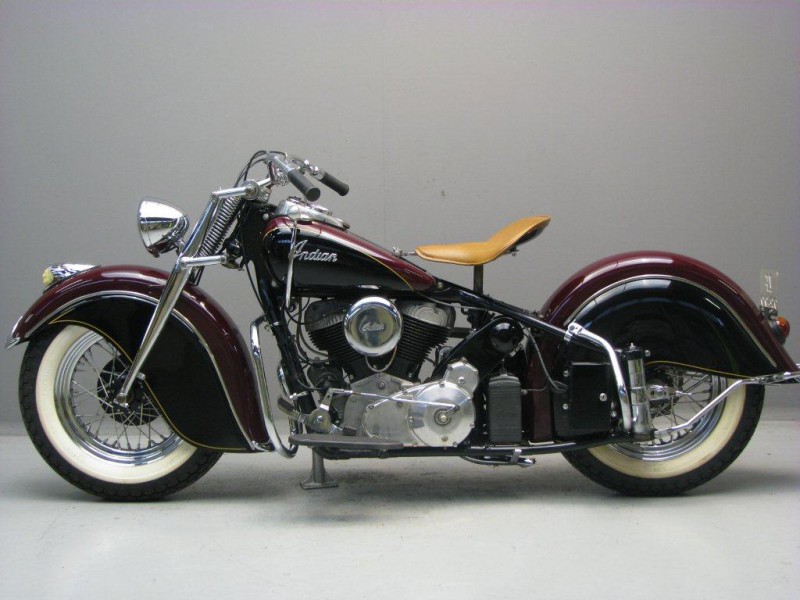 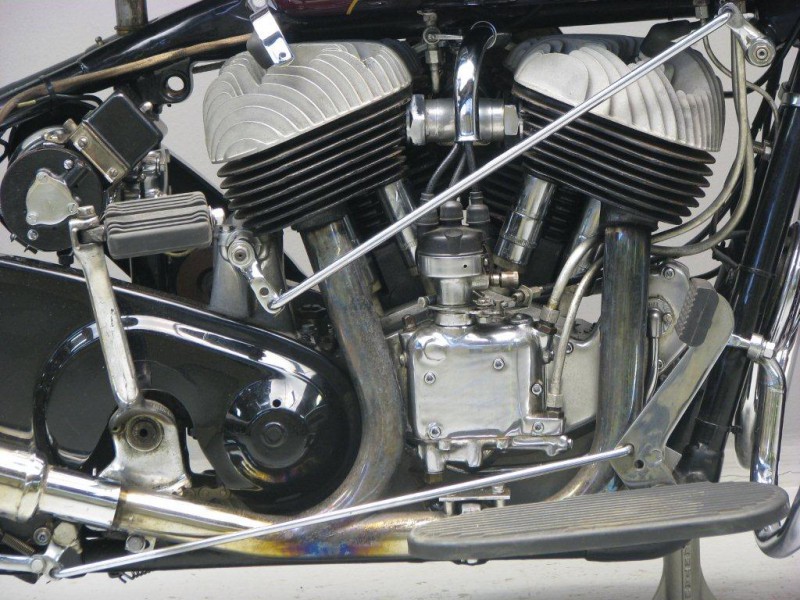 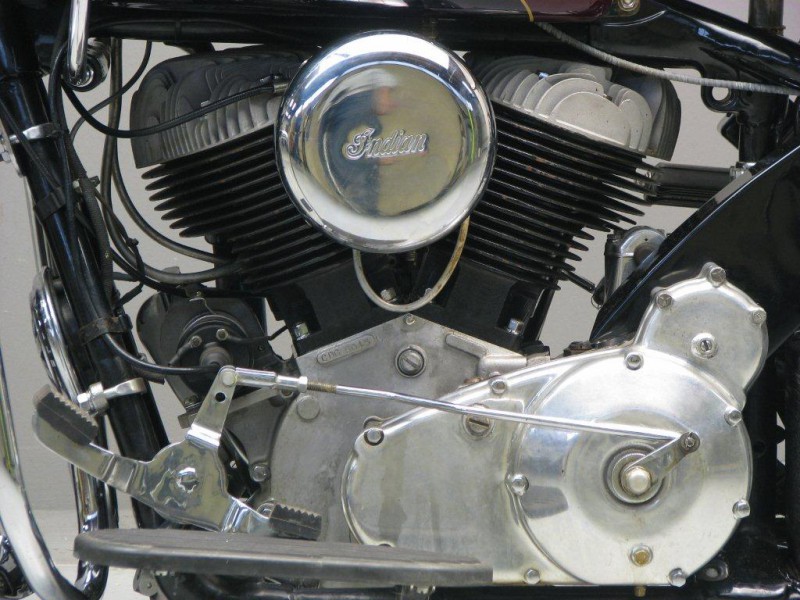 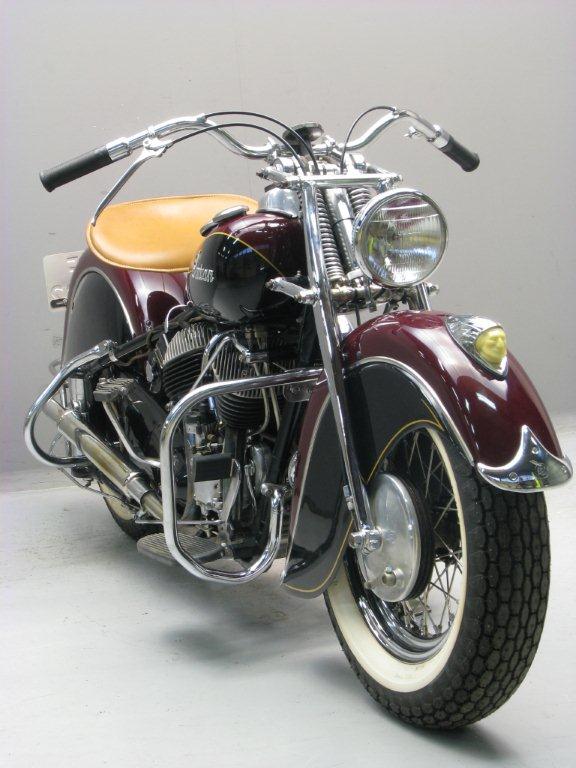 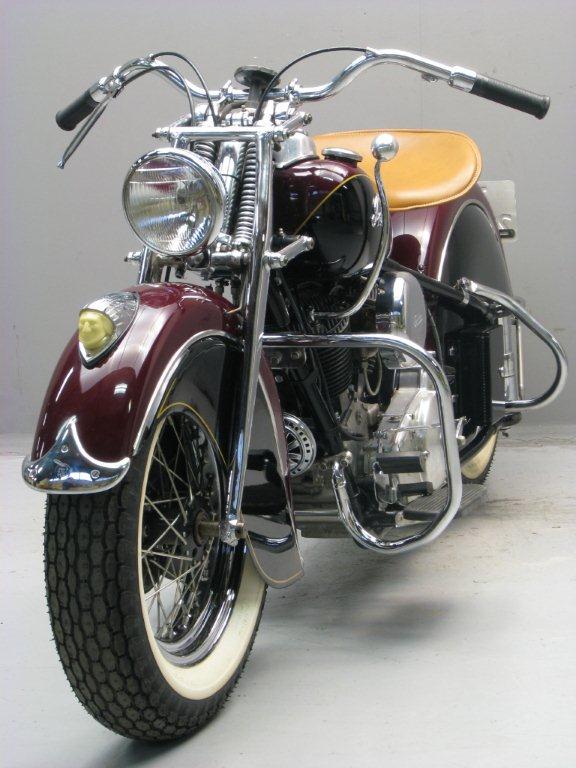 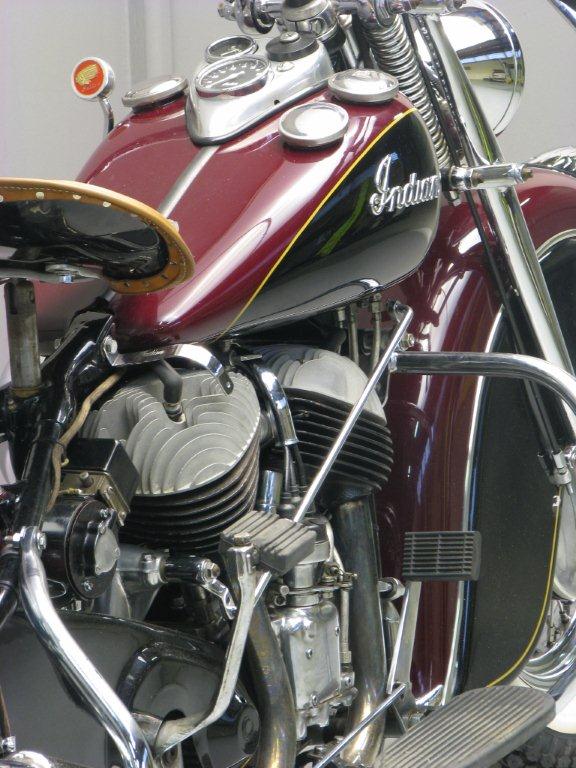 Is there a more iconic shape in American motorcycling than a skirted Indian Chief?
Those big valanced fenders are unmistakable; then as now, they set the bike apart from anything else on the road.
For a style so associated with a brand, it’s surprising that the fenders didn’t make their appearance until 1940, some 39 years after the company’s founding. Indian went all-in on the design, outfitting Scouts, Chief and Fours with the new tinware.
After World War II only the Chief made a return, supposedly a stop-gap measure until lighter, more advanced models came online.
But a series of financial and engineering missteps doomed the company and Chiefs were still being sold when the Springfield, Massachusetts factory shut its doors in 1953.

For many, the pre-’50 girder-fork Chiefs offer the best styling.
After that date, telescopic forks were fitted, which threw off the aesthetics a bit some people say.
This two-tone 1946 example is an older restoration. Instead of solid-color fuel tank and fenders, this Indian features two-tone, red with black side panels with gold pinstripes, a period embellishment that amplifies the bike’s striking appearance.
Like the rest of this machine, the 74-cubic-inch (1200cc) V-Twin motor is rallye-ready.
Add some fringed leather saddlebags and hit the road!