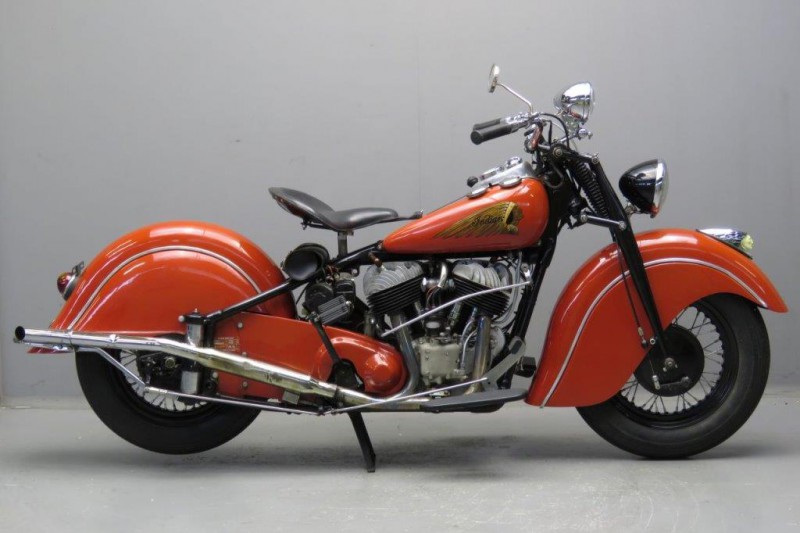 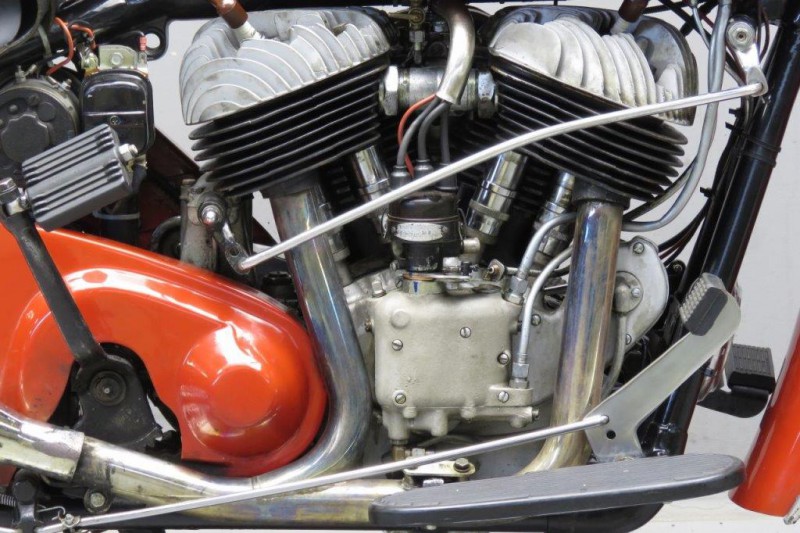 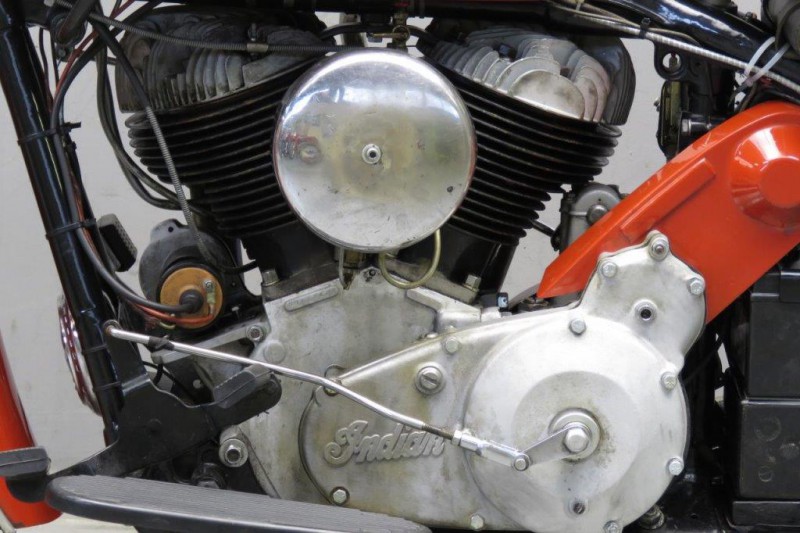 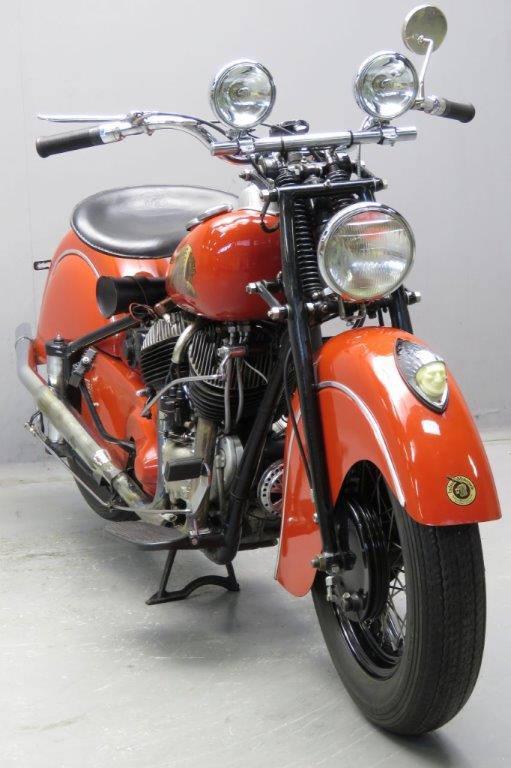 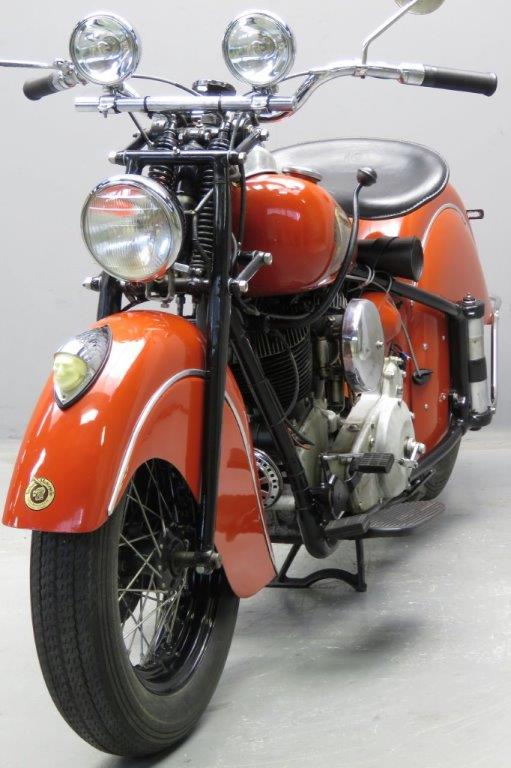 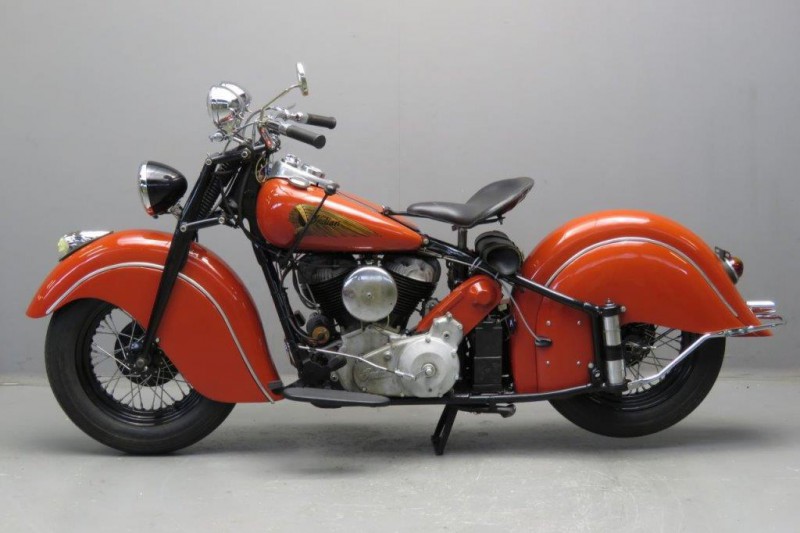 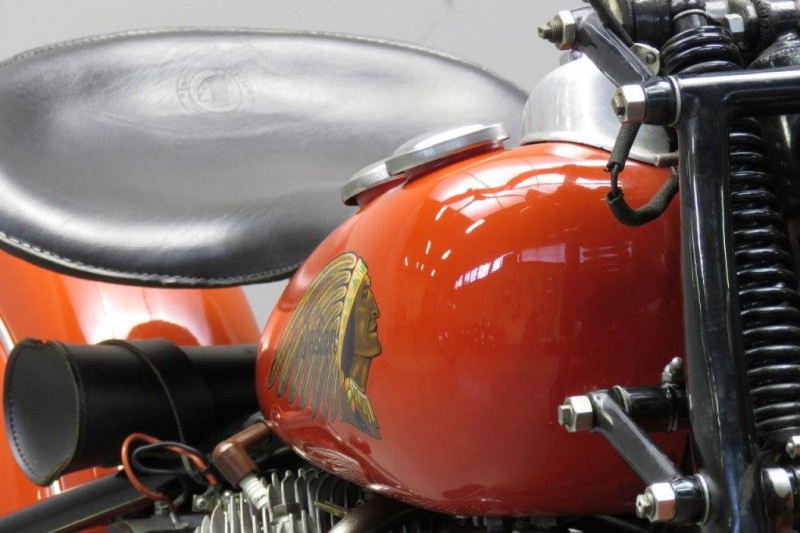 Is there a more iconic shape in American motorcycling than a skirted Indian Chief ?
Those big valanced fenders are unmistakable; then as now, they set the bike apart from anything else on the road.
For a style so associated with a brand, it's surprising that the fenders didn't make their appearance until 1940, some 39 years after the company's founding.
Indian went all-in on the design, outfitting Scouts, Chief and Fours with the new tinware.
During 1947, Americans were reveling in the post-war era, enjoying sport riding along the vast highways and byways of the nation. Indian offered the Chief as their sole product, its 74 cubic inches offering brute power in this reliable and time-tested power plant.
Coupled with extreme good looks, the Chief became an instant American motorcycling icon.
Instantly recognizable as the epitome of Americana, these post-war era Chiefs are still eminently usable on modern roads.
It is perhaps the best blend of style and usability in vintage motorcycling.
For Indian 1947 was the final year of the amp gauge, before the cheaper warning light appeared on the '48. 1947 also marked the final year of the virtually indestructable iron oil pump, far superior to the aluminum replacement that surfaced the following year.
For many, the pre-'50 girder-fork Chiefs offer the best styling.
After that date, telescopic forks were fitted, which threw off the aesthetics a bit some people say. This one-tone red 1947 example is an older restoration.
Like the rest of this machine, the 74-cubic-inch (1200cc) V-Twin motor is road-ready.
Chiefs were still being sold when the Springfield, Massachusetts factory shut its doors in 1953.
There`s still magic in the name “Indian”