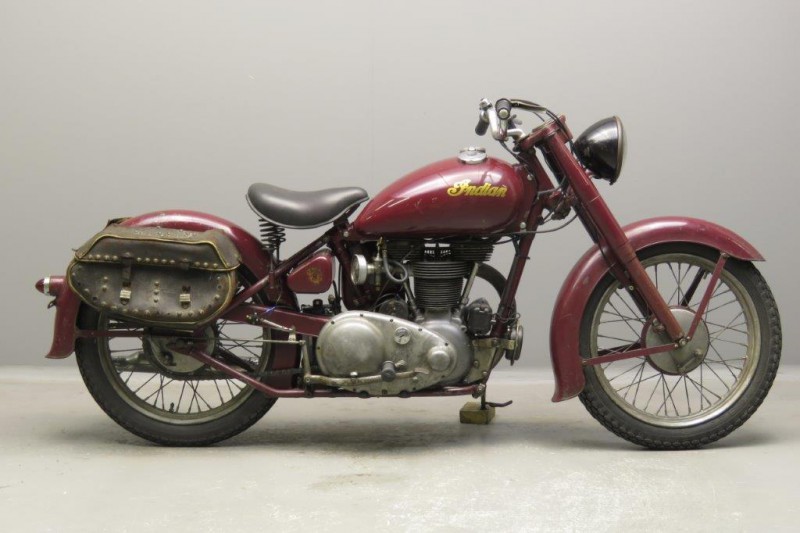 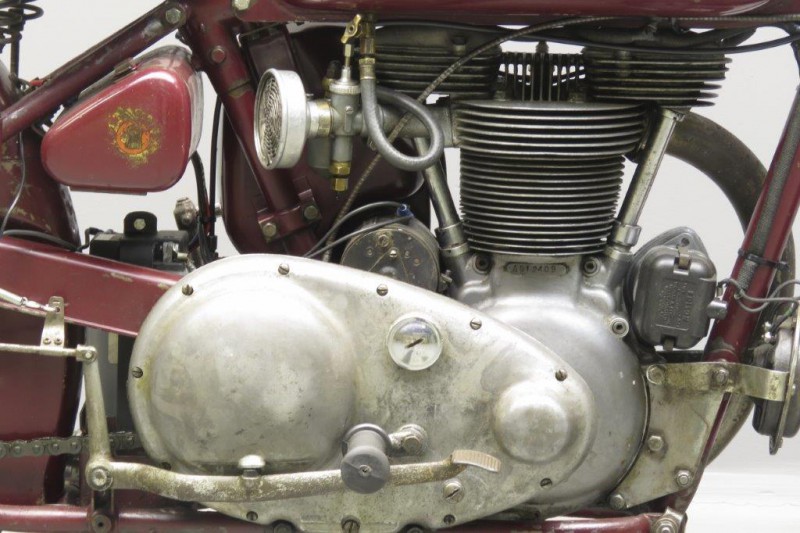 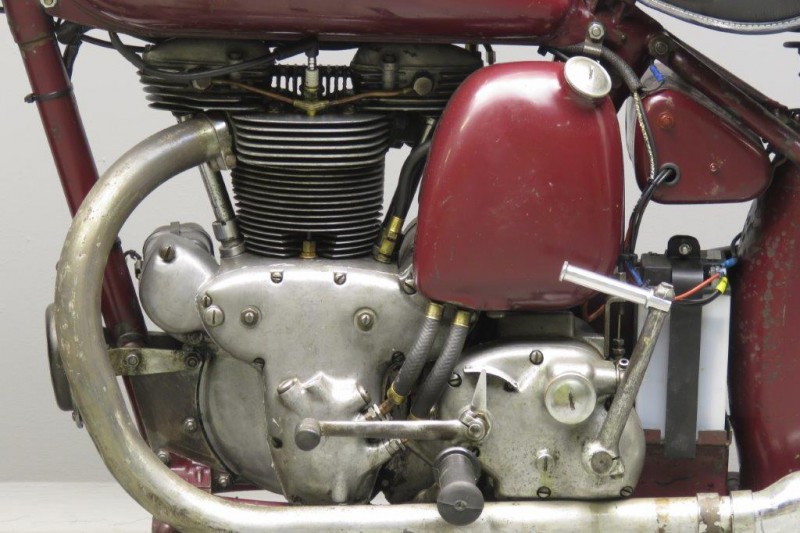 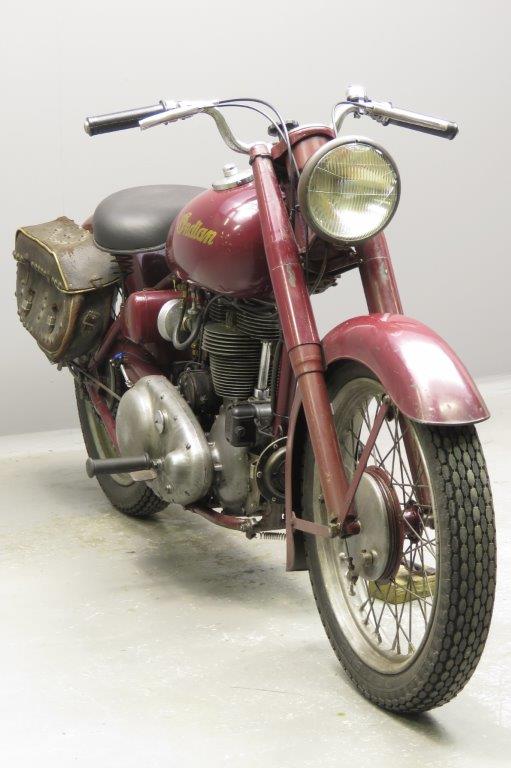 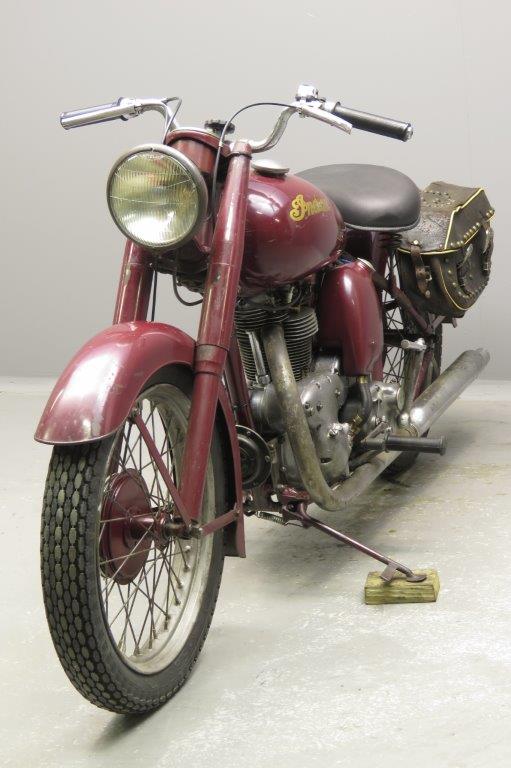 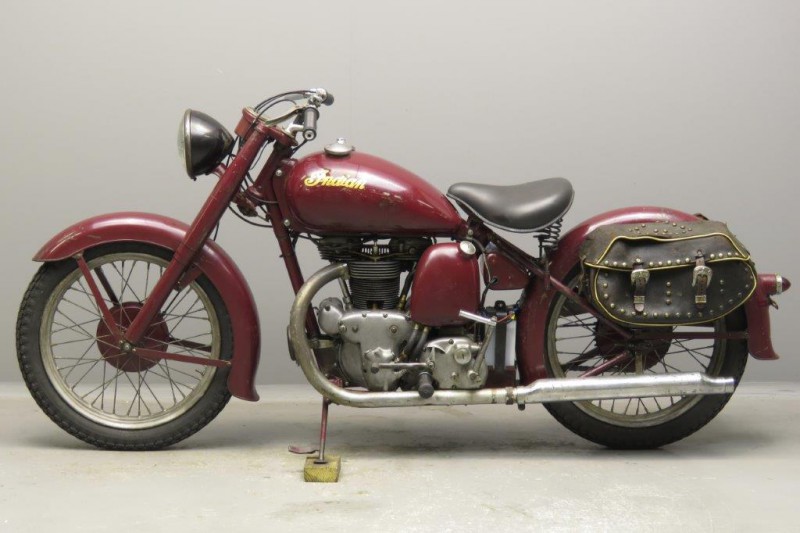 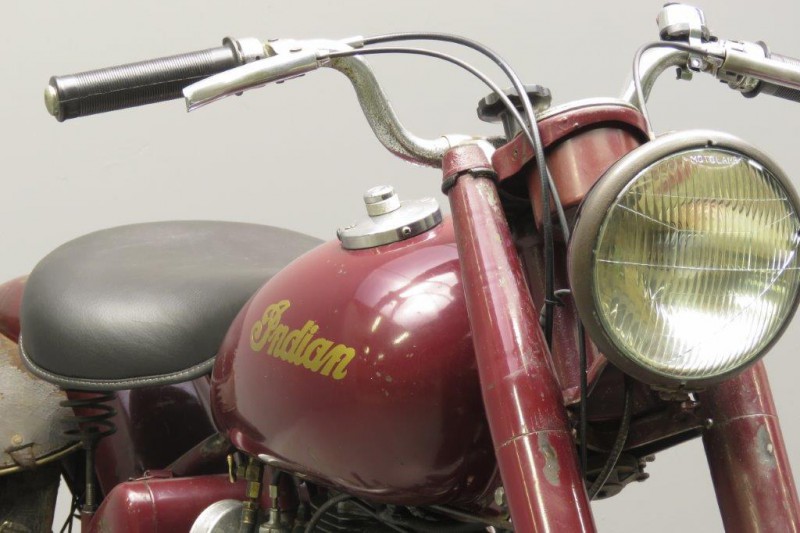 Indian was the world’s largest motorcycle manufacturer in the early days.
It developed a reputation for innovative and elegant V-twins and inline fours.
But several bad business decisions left the company strapped for cash.
After World War II, Indian was sure the world was ready for a motorcycling boom.
And the next big thing seemed to be lightweight machines, like those being built by Triumph and BSA.
So Indian abandoned its successful V-twin Scouts and put its future on a new line of modular motors, a single, a vertical twin and an inline four.
The Arrow was at the base of that line, powered by a single-cylinder 220cc overhead-valve engine, while the new Scout was a 440cc twin.
The performance of the new Indians may have been appropriate for all those hoped-for new motorcyclists, but the Arrow and Scout hardly satisfied Indian riders used to the 750cc-class performance.
It was rumored that Indian lost money on every machine sold.
Nevertheless, this Indian Arrow, presented here, is a good runner with perfect internals and she appears to be in first factory paint.
The tank lettering is replaced by modern decals, (in the wrong place) however these can be easily removed and be replaced by more period looking varnish decals.
The leather bags are the originals, supplied with the machine when new.
The whole machine bears a nice patina and the “battle scars” are adding to the lovely original appearance.