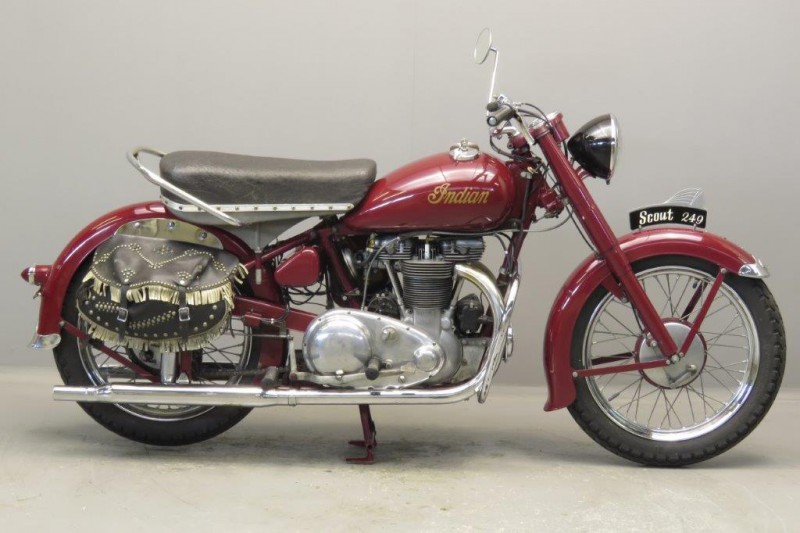 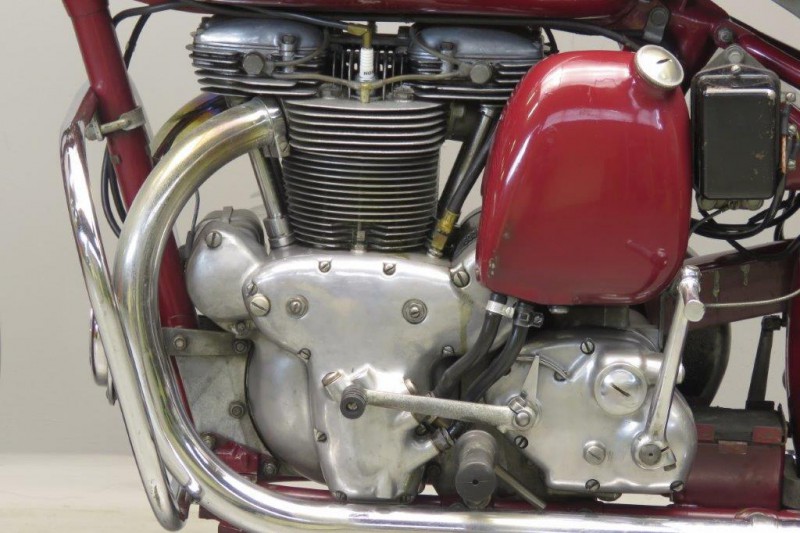 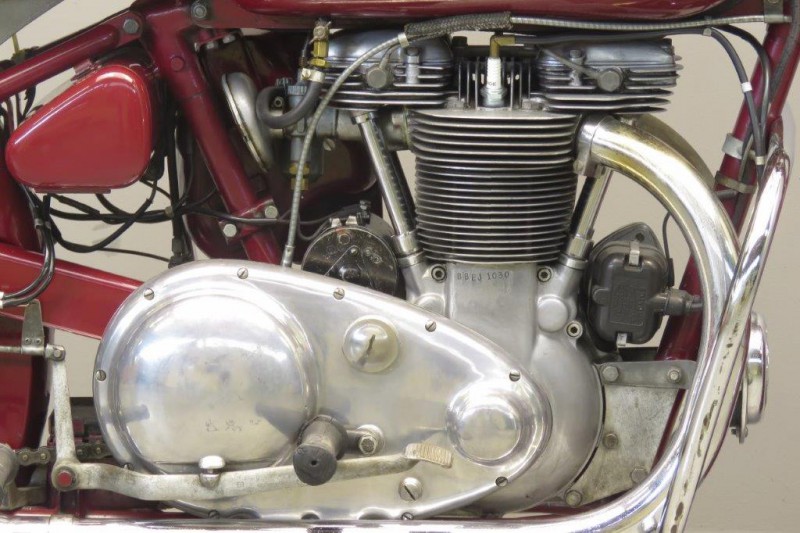 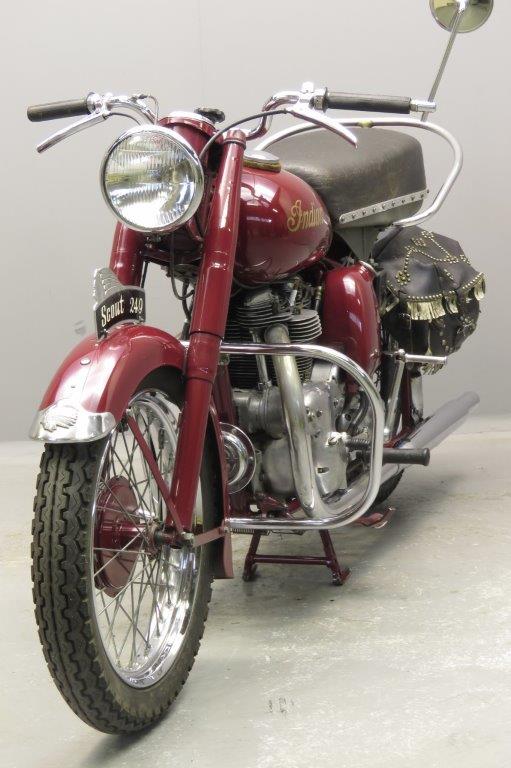 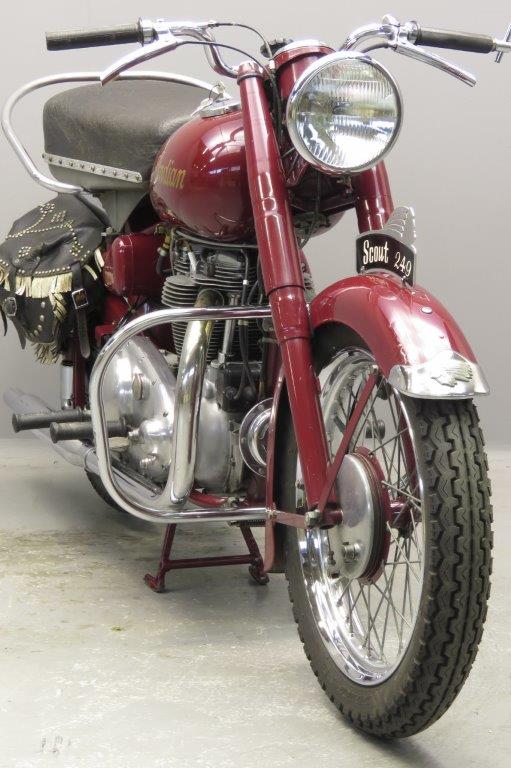 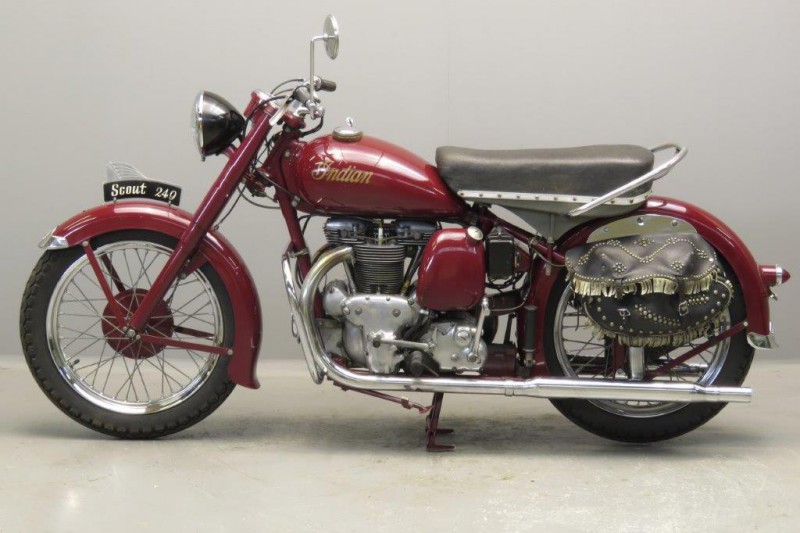 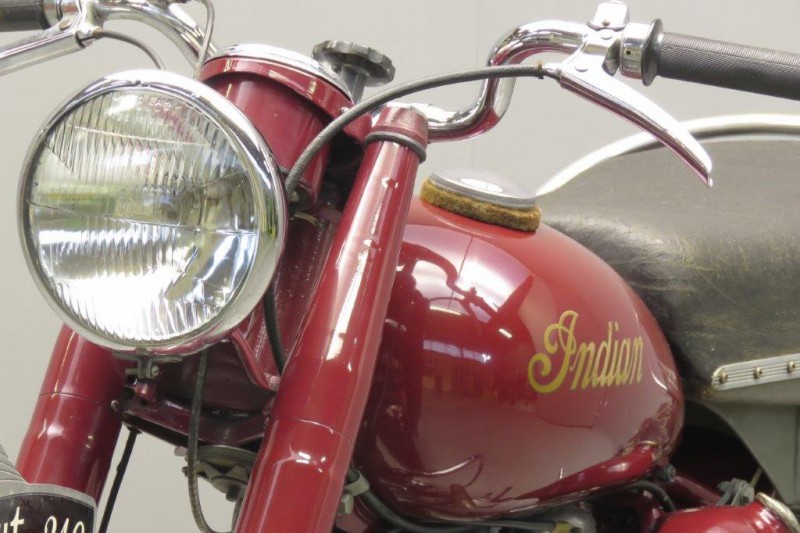 The Indian Scouts and Arrows of 1949-1952 received a lot of unjustified fault for the downfall of the famous Indian Motocycle Company where the real problems could be traced to the untimely devaluation of the British pound and the takeover of the company by J. Brockhouse & Company, Ltd. Production of traditional Indians was extremely limited in 1949, and for example, no 1949 Chiefs are known to exist. Manufacture of all products was halted in 1953.
In retrospect, the vertical Indians were visionary, just a decade too early as the Japanese factories accomplished what Indian president, Ralph Rogers, believed as the future for his company.
And the new Indians weren’t really frail in the hands of regular riders.
Many put on extensive and trouble free mileage through the years.
The 1950 Indian Scout presented here, shows 32270 believed original kilometres on the clock.
This Indian Scout features the 440cc (26.6 cubic Inch) vertical twin engine, set in a rear sprung frame with telescopic front forks. Weighing just 143kg (315 lbs).
fully serviced, the diminutive Indian could attain speeds of 85mph and was competitive with larger British motorcycles of that period.
This rare, all complete 440cc Indian Scout is still in its first factory paint and chrome and has never been cosmetically restored.
First paint bikes are so rare and desirable these days and extremely hard to find.
A pair of original saddlebags and a crash bar have been fitted from new and it has the chummy, aluminium based two persons, seat.
This motorcycle was sold new in the Belgium and  is still going strong.
She was used many years for club runs and summer holidays .