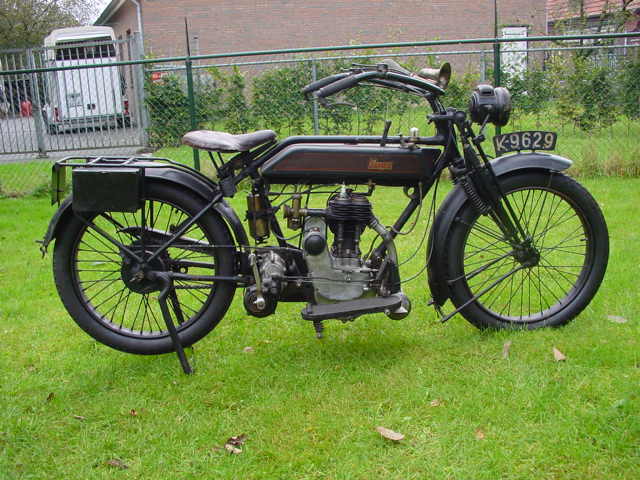 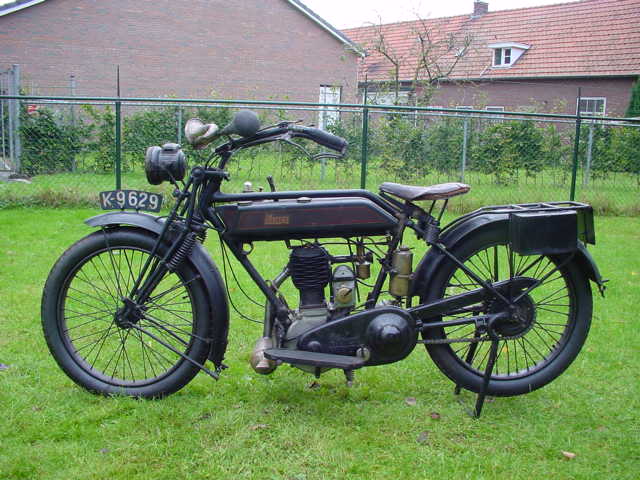 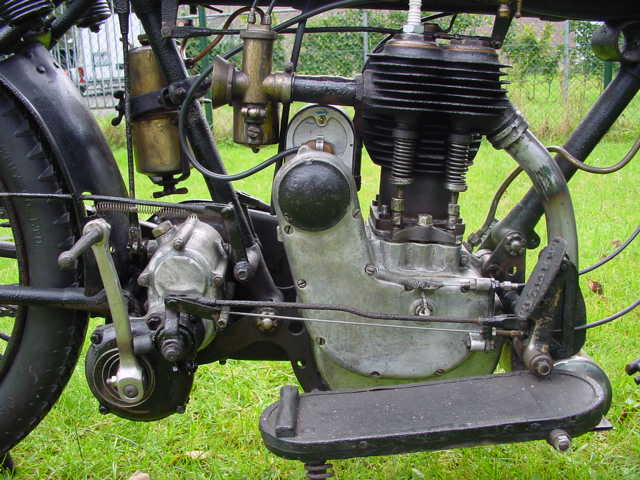 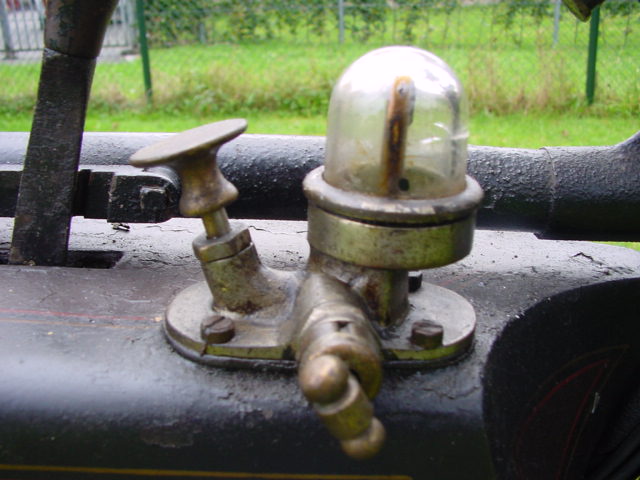 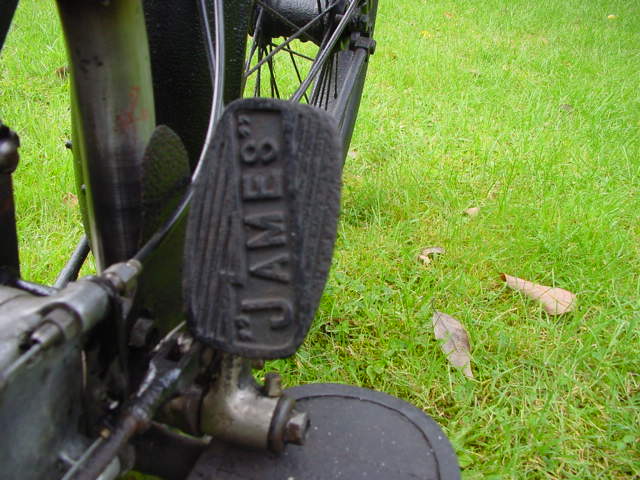 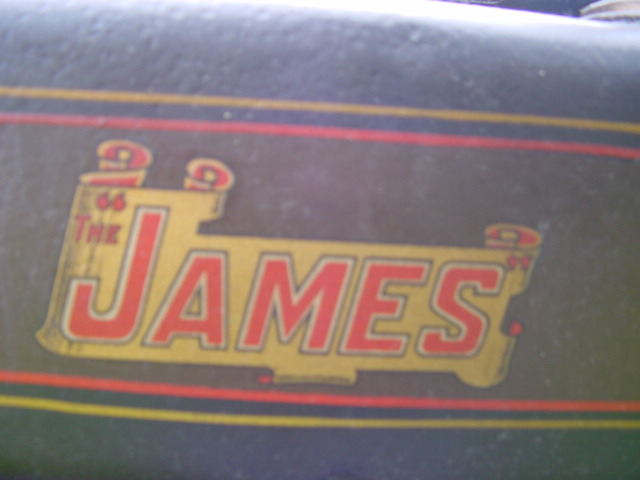 The James Cycle Company became a public company in 1897.
Then  Harold James, the founder of the company, quietly retired from the scene. When the first James motorcycle was marketed in 1902, Harold had already passed away.
The veteran James models were  merely strengthened bicycles with Derby and Minerva engines.
Later on FN engines were used.
The firm prospered and prior to world war one three successful models were produced: a light two stroke machine, a 4 ½ HP single and a 3 ½ HP twin.
James supplied machines to the English, French,  Belgian and  Russian armies in the war.
James continued making mostly four strokes in the twenties, but after 1930 the range focused on  two strokes of less than 250 cc capacity. In the early fifties James came under control of the Associated Motor Cycles organisation and about ten years later production stopped.
This  4 ½ HP (86×103) is equipped with full chain drive and 3 speed James gearbox.
A new feature for the 1915 model  4 ½ HP was the gear change lever that was positioned through a slot in the petrol tank instead of at the side of the tank
This machine spent a large  part of its life in Belgium, which might indicate it’s an ex- army machine.
Technically good, externally  not restored.