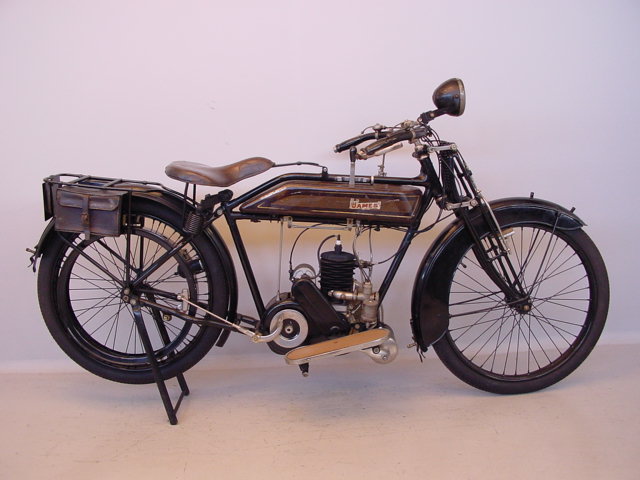 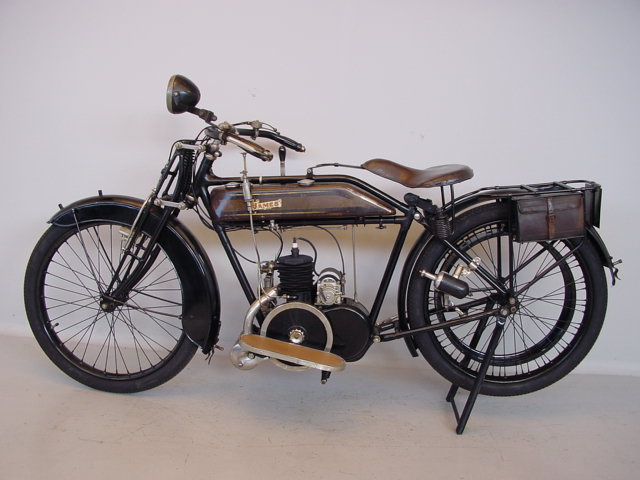 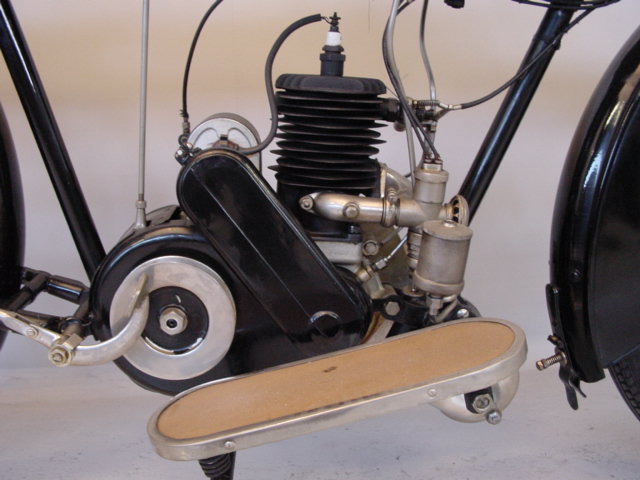 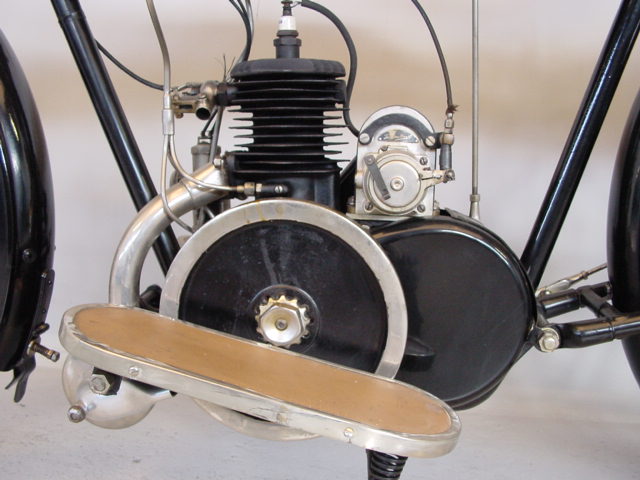 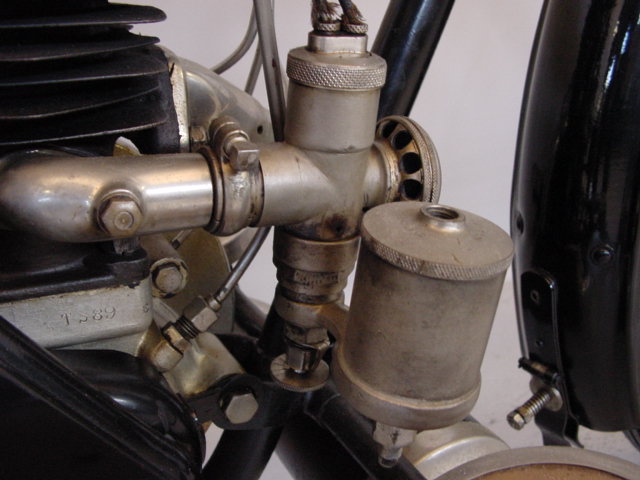 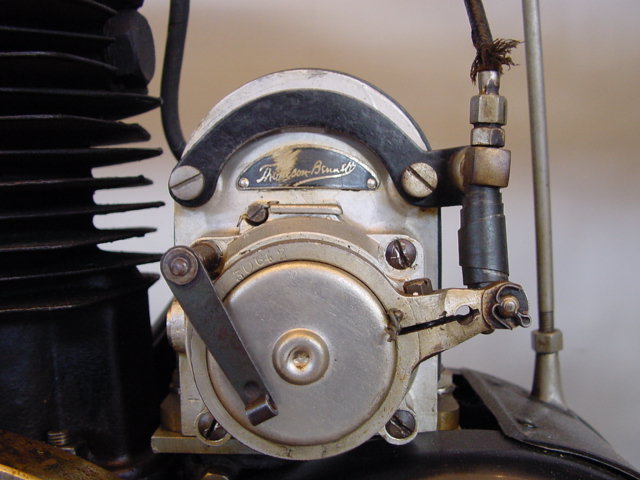 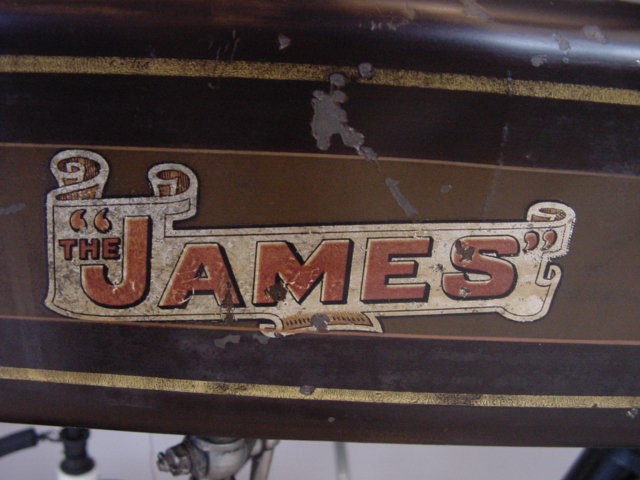 The James Cycle Company became a public company in 1897.
Then  Harold James, the founder of the company, quietly retired from the scene. When the first James motorcycle was marketed in 1904, Harold had already passed away.
The veteran James models were  merely strengthened bicycles with Derby and Minerva engines. Later on FN engines were used.
The firm prospered and prior to world war one three successful models were produced: a light two stroke machine, a 4 ½ HP single and a 3 ½ HP twin.
James supplied machines to the English, French,  Belgian and  Russian armies in the war.
James continued making two strokes four strokes in the twenties, but after 1930 the range focused on  two strokes of less than 250 cc capacity.
In the early fifties James came under control of the Associated Motor Cycles organisation and about ten years later production stopped.
The two stroke models had bore and stroke of 64×70 mm, giving 225 cc.
In the early twenties the bore was widened to 66 mm, giving a capacity of 239 cc. A  2 speed James gearbox is employed.
Weight is only about 150 pounds.
This machine spent its life in Switzerland, hence the typical dynamo that is driven by the rear wheel.
This nice example of  vintage British  two stroke technology was  part of the Tua Collection in Geneva.
The petrol tank is still in its original paint, the rest of the machine is very well restored.