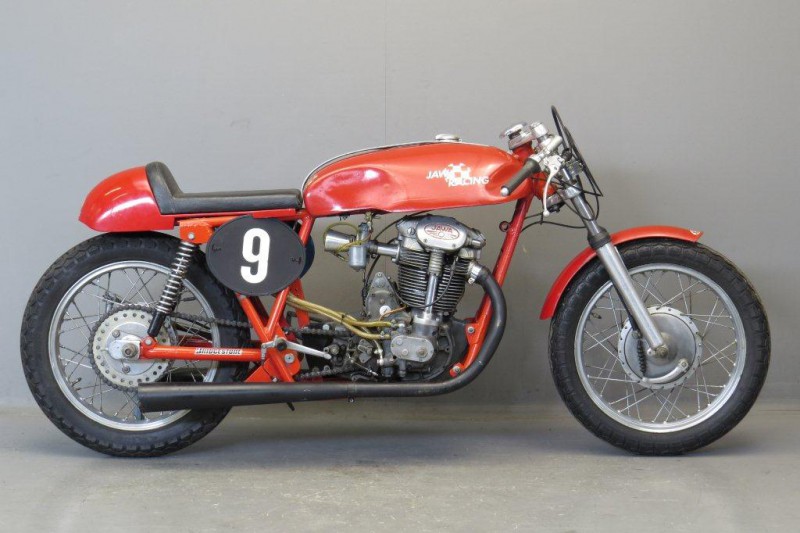 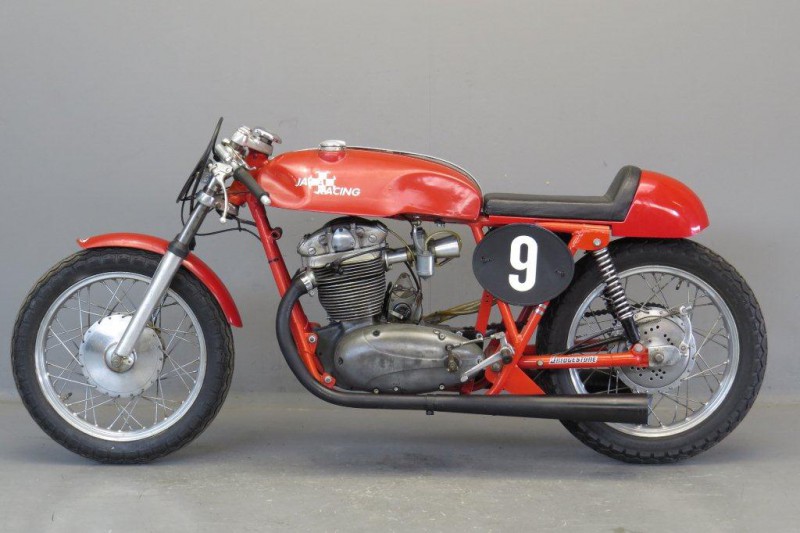 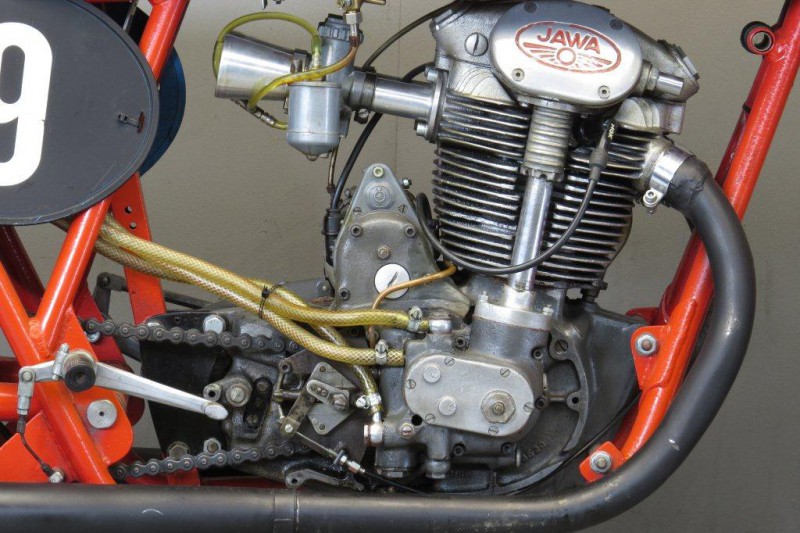 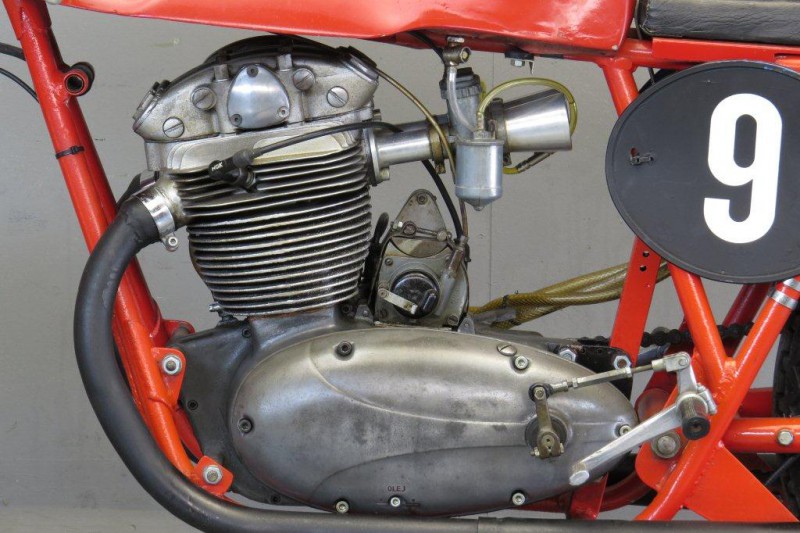 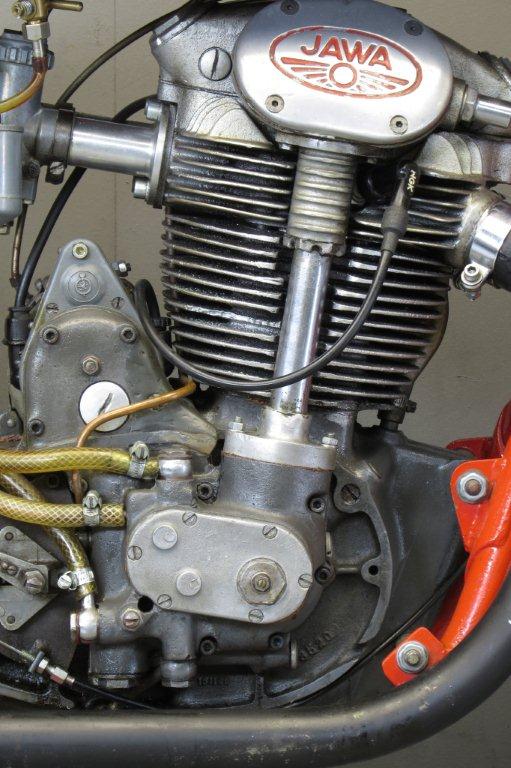 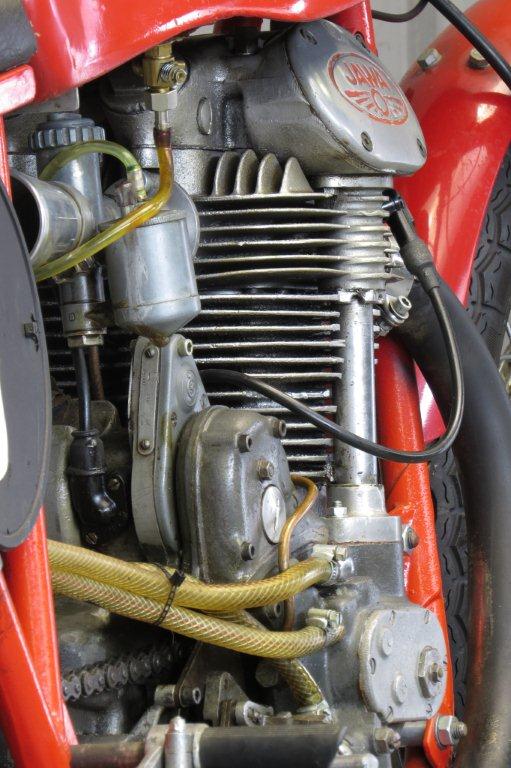 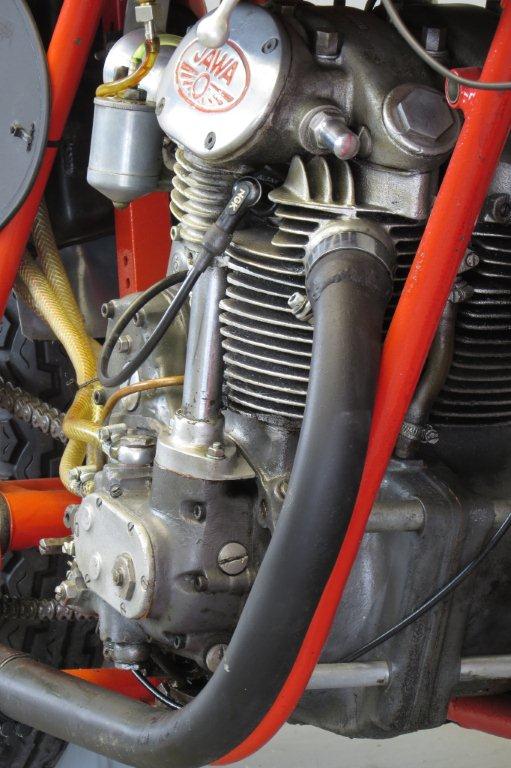 First seen in prototype form in 1948 and introduced in 1951, the 500cc single-overhead-camshaft Jawa parallel twin was one of the last designs unique to that company (which had recently been merged with CZ) and provided the basis for its successful DOHC racers.
Far in advance of anything that the British motorcycle industry was making at the time, this modern, unitary construction engine employed bore/stroke dimensions of 65×73.6mm for a capacity of 488cc and produced 26bhp at 5,500rpm.
Early versions (Model 15/00) featured worm drive for the camshaft and were known as ‘snek’, the Czech word for ‘snail’ or ‘worm’, while later versions (Models 15/01 and 15/02) used the more conventional bevel gears and produced 28bhp.
Unusually for a roadster engine, the crankcase was cast in magnesium alloy, just like the racing version.
Updated with a dual seat and large full-width hubs, Jawa’s ‘cammy’ twin remained in production as the Model 15/02 until 1958.
A letter on file from Jawa’s Pavel Husak states that this machine’s engine is a production racing unit dating from January 1953, while accompanying correspondence between noted motorcycling historians, Erwin Tragatsch and Dr Helmut Krackowizer, speculates that it might have been built for the ISDT.
The engine is currently housed in a modified Horex frame and is running well.