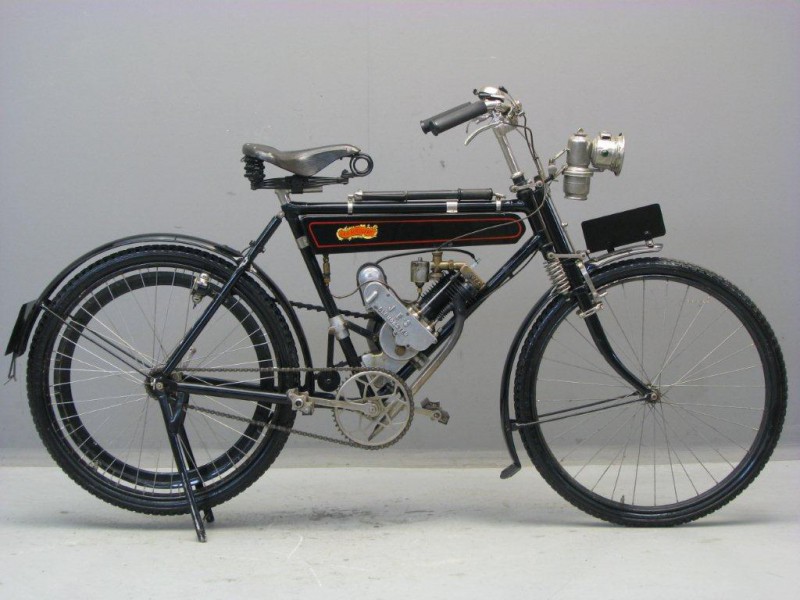 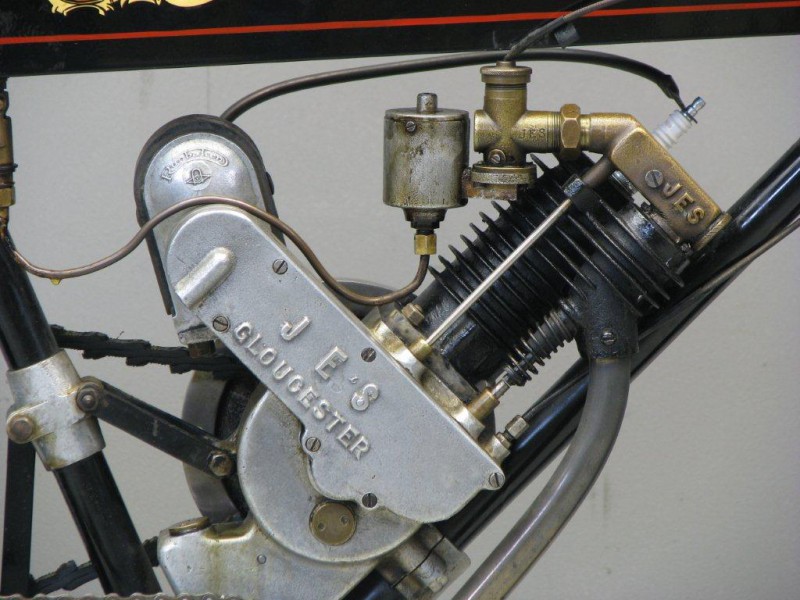 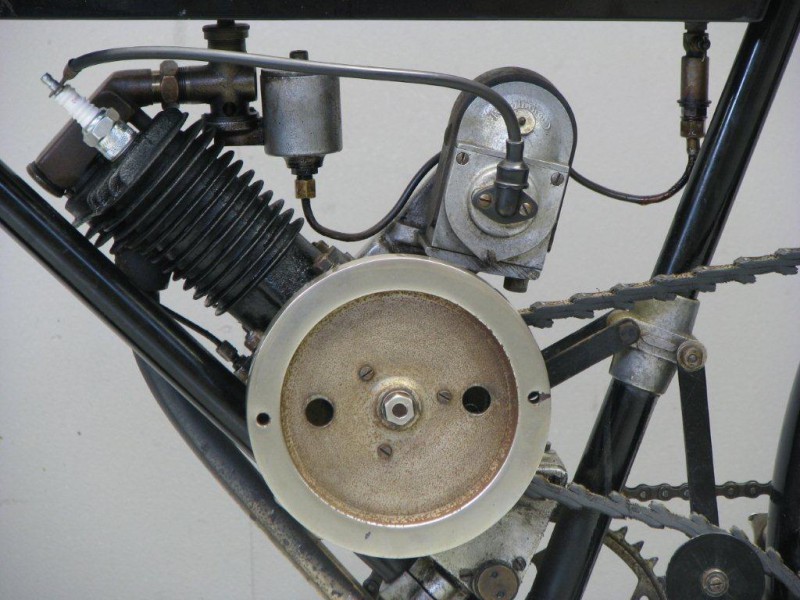 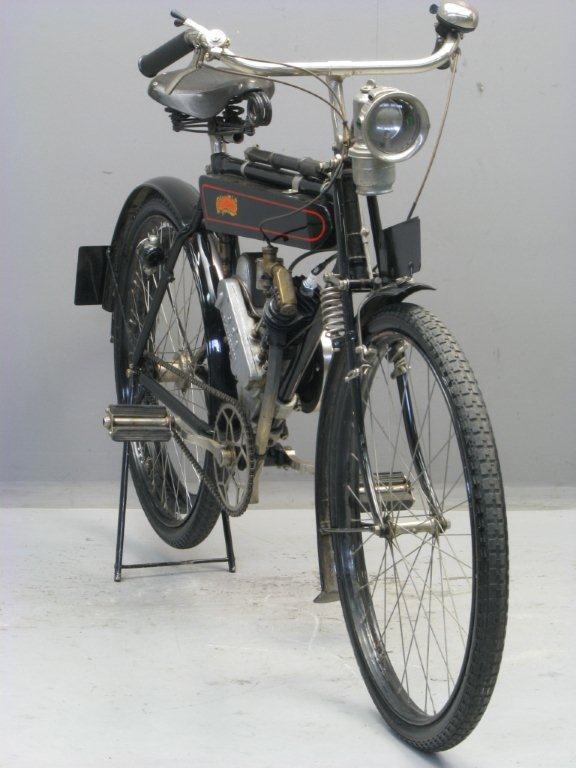 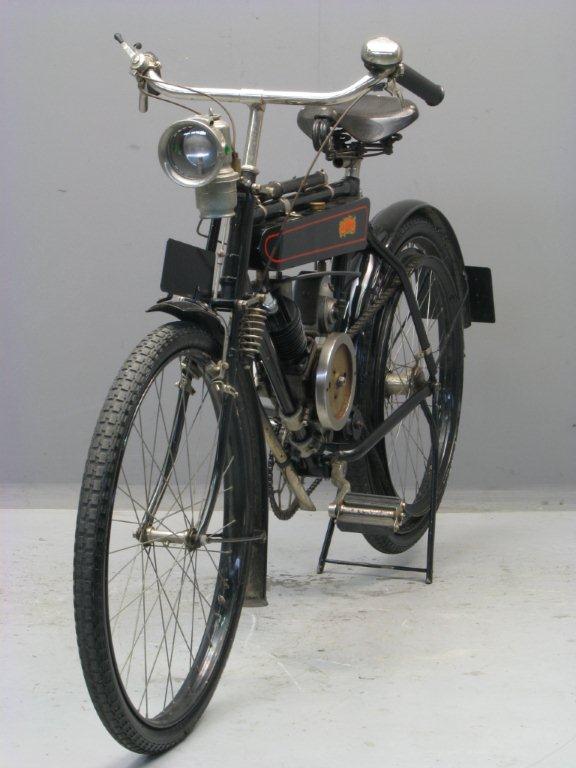 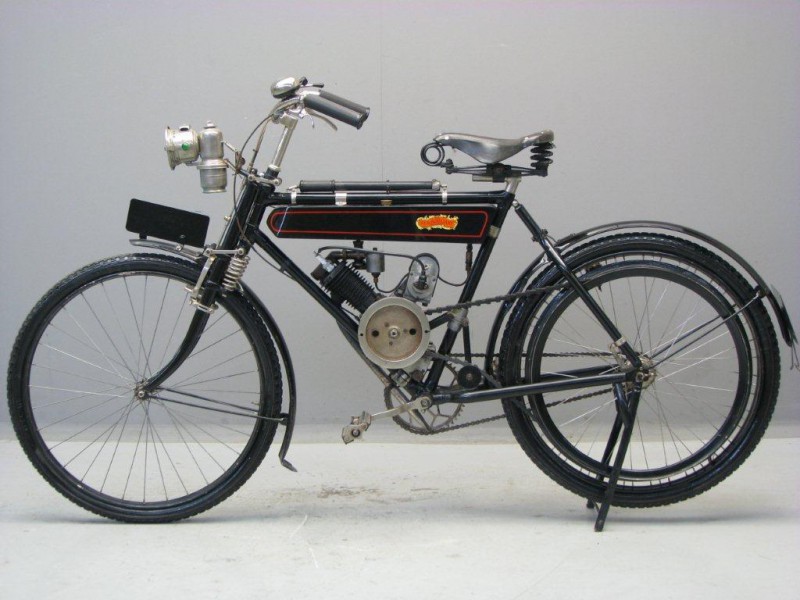 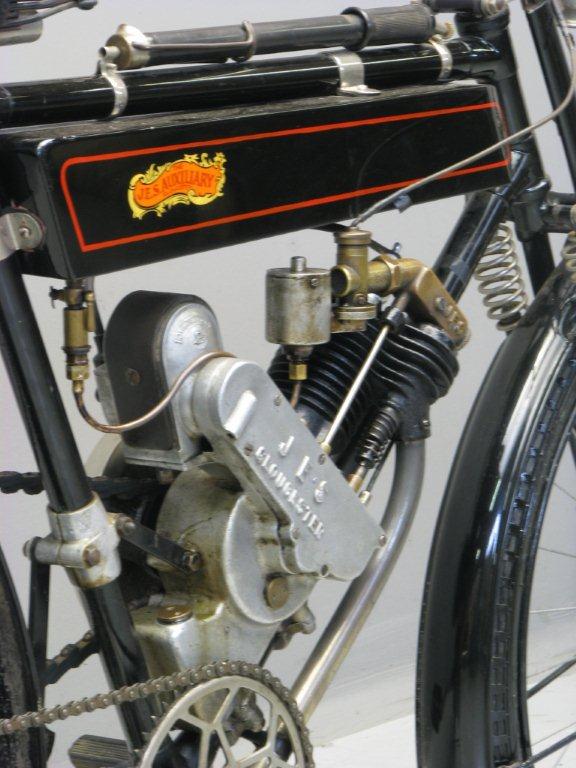 John Edwin Smith started manufacturing auxiliary engines for bicycles in Glouchester   around 1910.
He offered  engine sets as well as complete machines.
Capacities appeared to have changed several times: for 1915 two models were listed, a 1 HP machine of 116 cc and a 1 ¾ HP machine of 189 cc.
According to “The Motor Cycle Index” the  1920 J.E.S. had a capacity of 147 cc and was listed as “Model B” .
It was last offered in 1922 with a listed capacity of 142 cc.
New for 1922  was  a two stroke model of  169 cc with 2 speed gear
.In 1923 a 247 cc two stroke was offered and in 1924 and 1925 both two stroke  and four stoke models were listed.
Around 1924 the business moved to Aston,  Birmingham, where Smith killed himself at the age of 47 because of “commercial  worries”, according to a newspaper article that  related Smith’s tragic dead.
The business was taken over by Connaught and production stopped around 1925.

This Model B is equipped with  Runbaken magneto, single lever JES carburettor, mechanical oil pump  and  external flywheel.
This particular machine was for sale around 1920 in the cycle shop of a Mr.
Symmonds in Bedford  but the machine didn’t sell so  he  used it himself for some time. In the early twenties he sold his business to his assistant Mr. Brightman .
The machine was kept on and eventually Brightman’s son sold it in 1986.
The charming little  J.E.S.  has been restored some time ago and is well-documented.