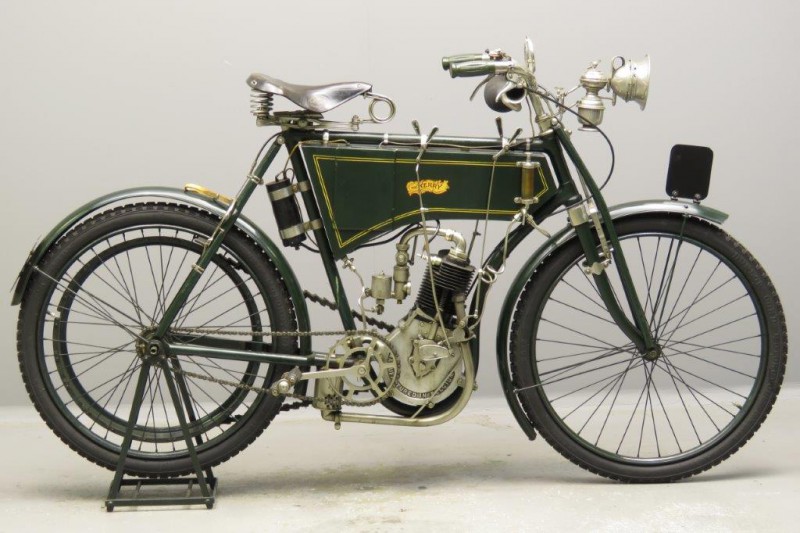 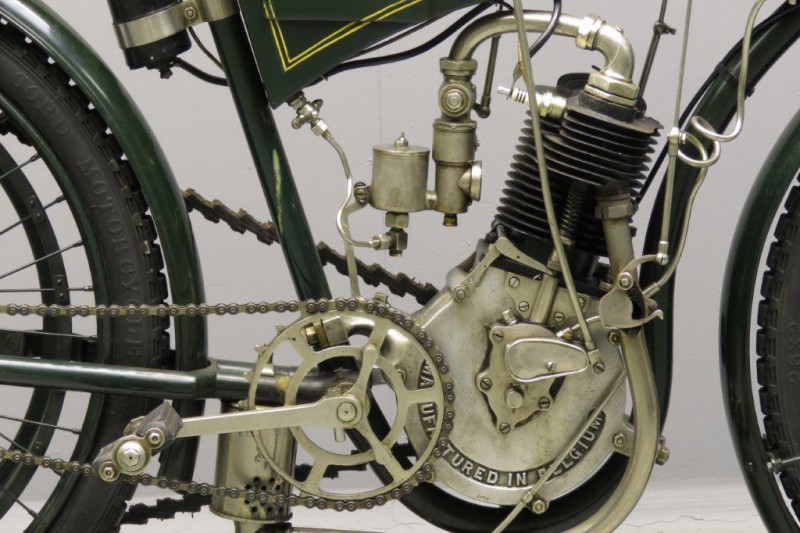 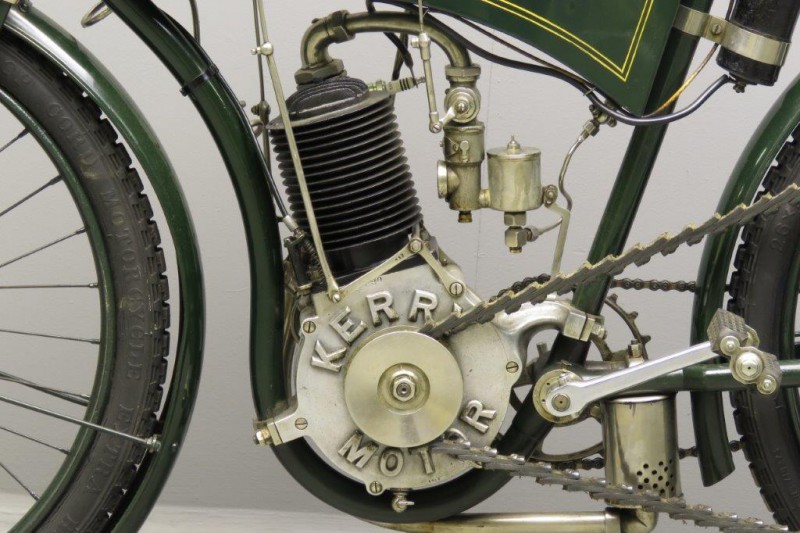 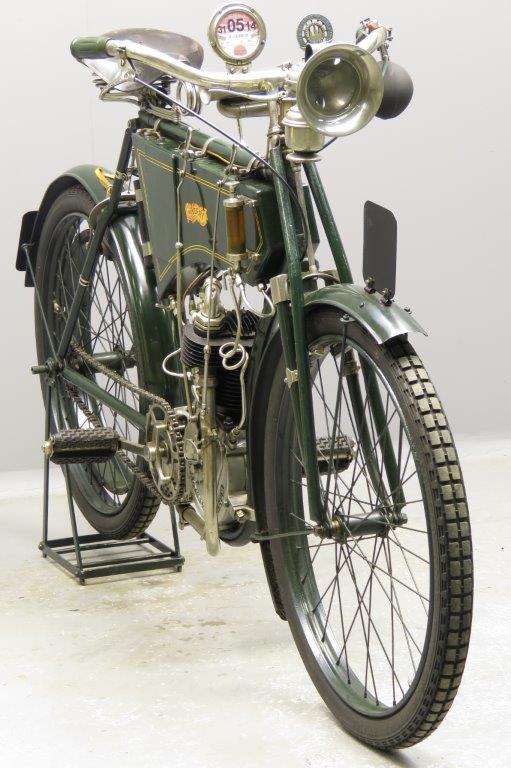 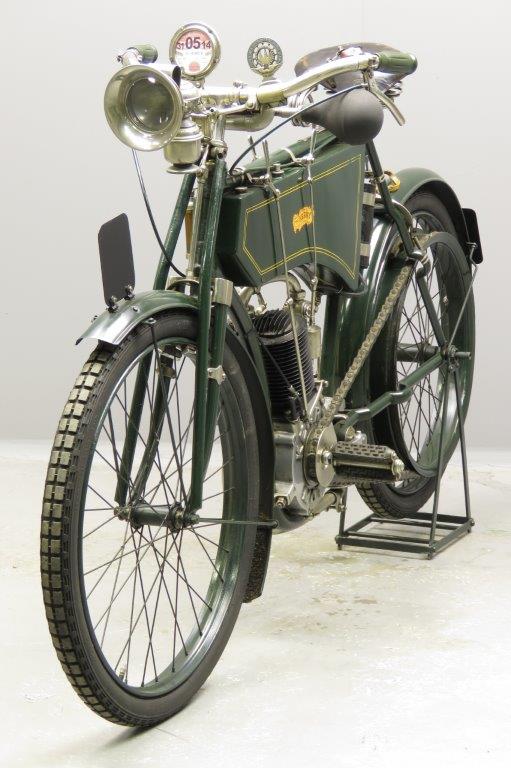 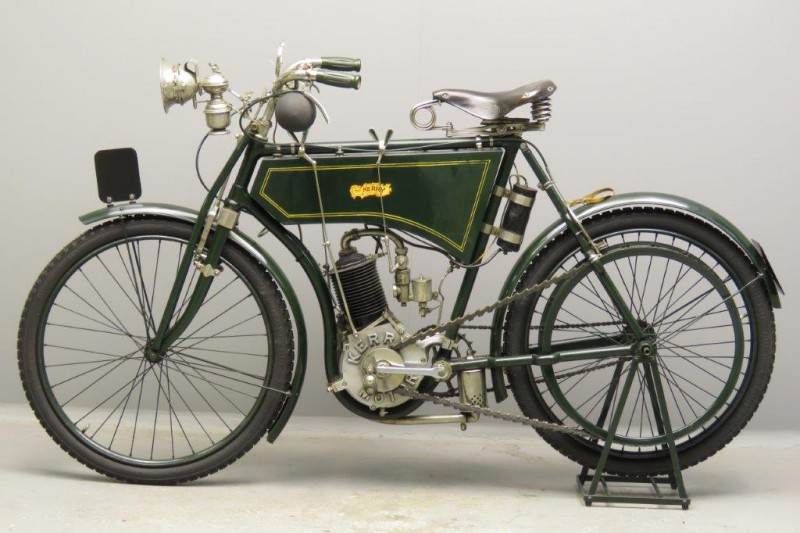 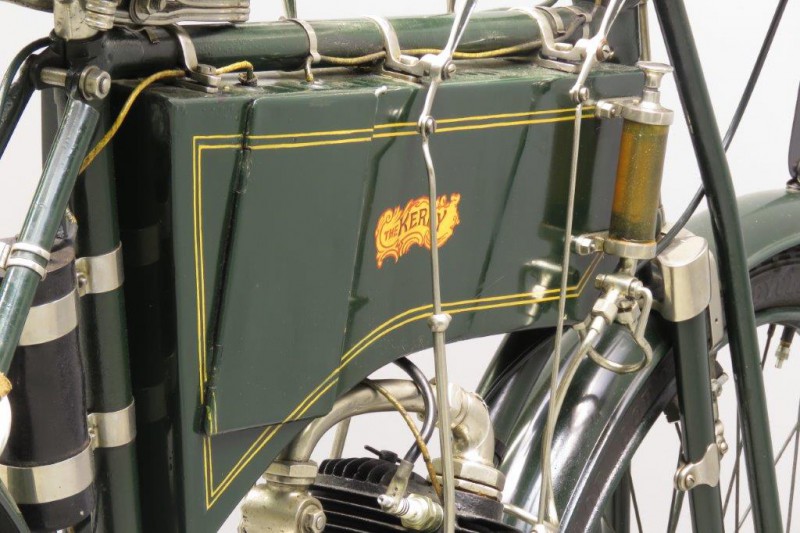 During the first years of the last century, the British motor cycle industry was rather behind that of continental Europe in terms of design and manufacturing capacity, having been held back, like the car industry, by government restrictions on motor vehicles.
In exactly the same way as in the present day motor industry, this deficiency was overcome by what we call “badge engineering” with imported motorcycles given U.K firms’ identities in order to aid sales. One such firm was the East London Rubber Company of Shoreditch, London.
They imported the excellent Belgian Saroléa and, with revisions to suit the domestic market, sold them as “The Kerry”.
The company made a range of machines under this name, later with Birmingham built Abingdon engines until the cessation of civilian manufacture in December 1915.
The last appearance of the Kerry name was on a range of Italian-built mopeds in the 1950s.
This is the earliest and arguably the best of the half-dozen surviving Kerry motorcycles, having spent the 50 years prior to 2006 on display in the Murray Museum on the Isle of Man.
Since then it has been returned to running condition but is otherwise essentially as purchased.
The engine has bore x stroke dimensions of 70x 80 mm and the correct mixture is provided by an FN type spray carburettor.
Accessories include an FB bulb horn and a period acetylene lamp.

This 116-year old Kerry was the 28th motor vehicle registered in East Sussex (in December 1903).
This ultra-rare machine is offered with a quantity of expired MoTs, some old tax discs, a V5C registration document, photocopied historical/technical literature, and Pioneer Certificate no. 401.