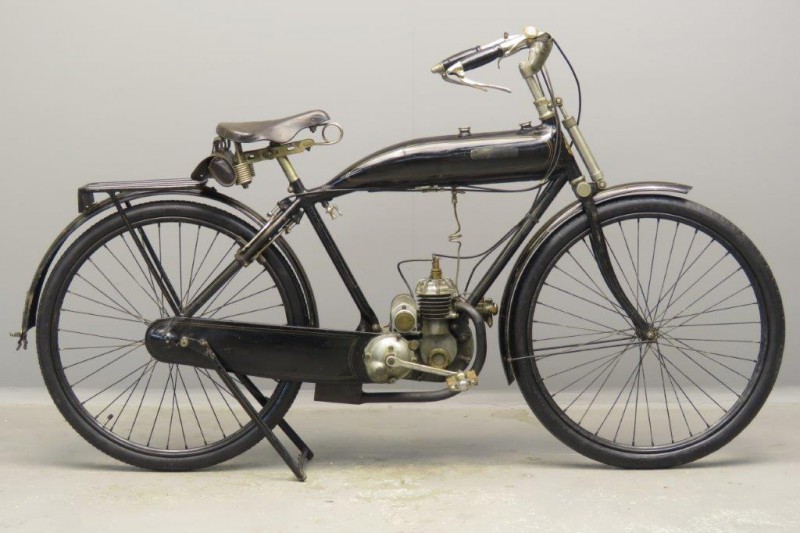 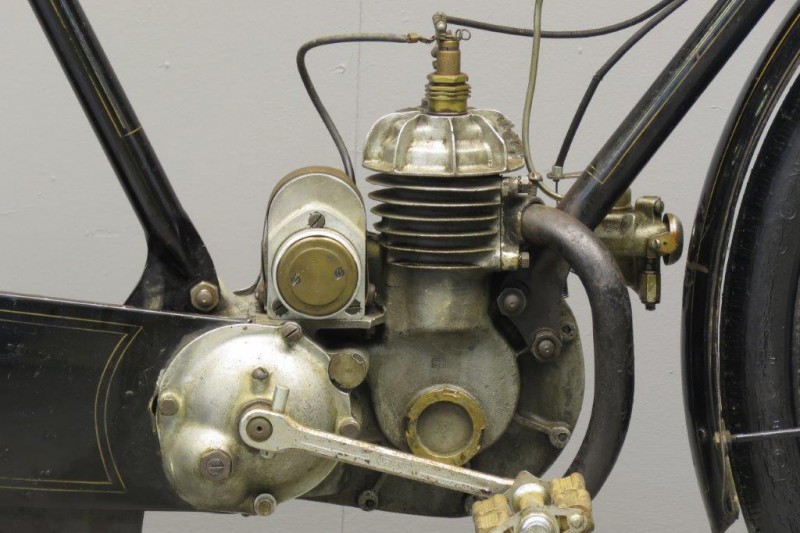 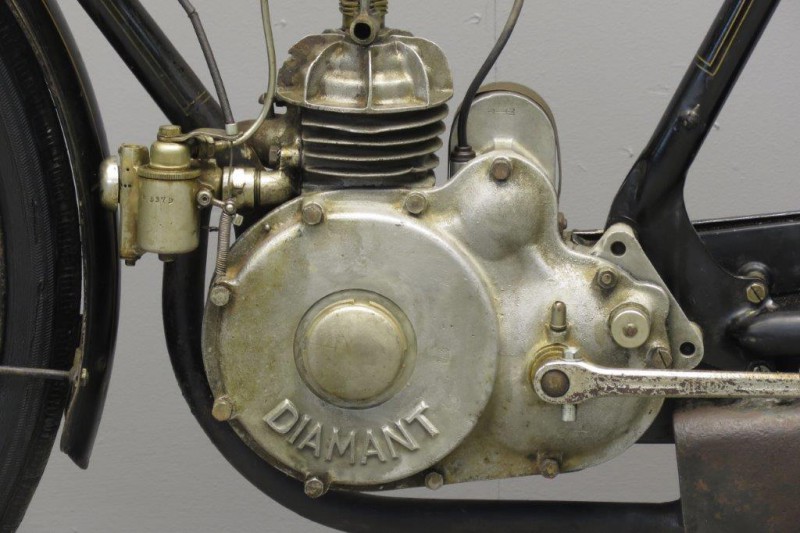 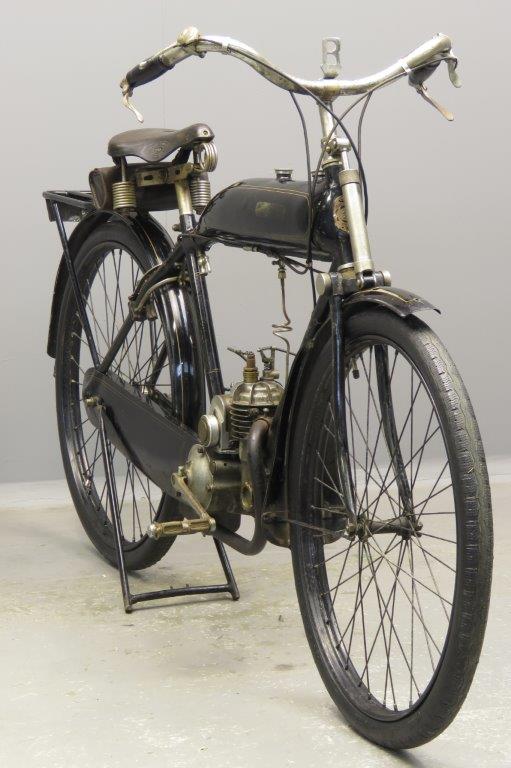 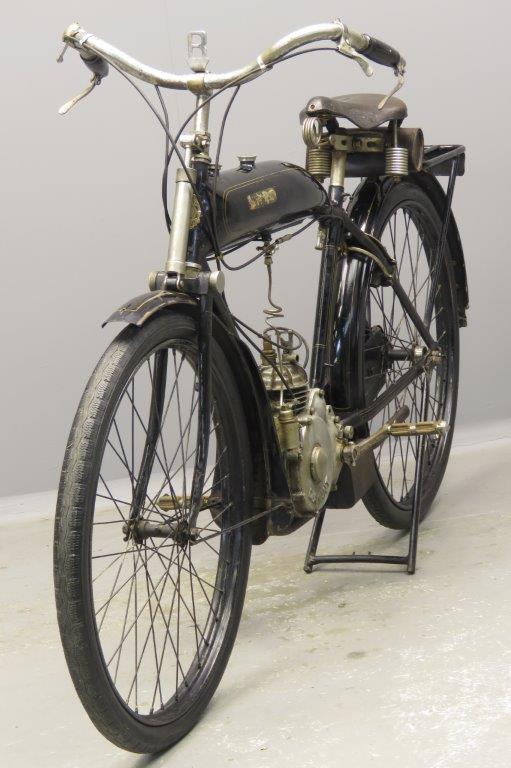 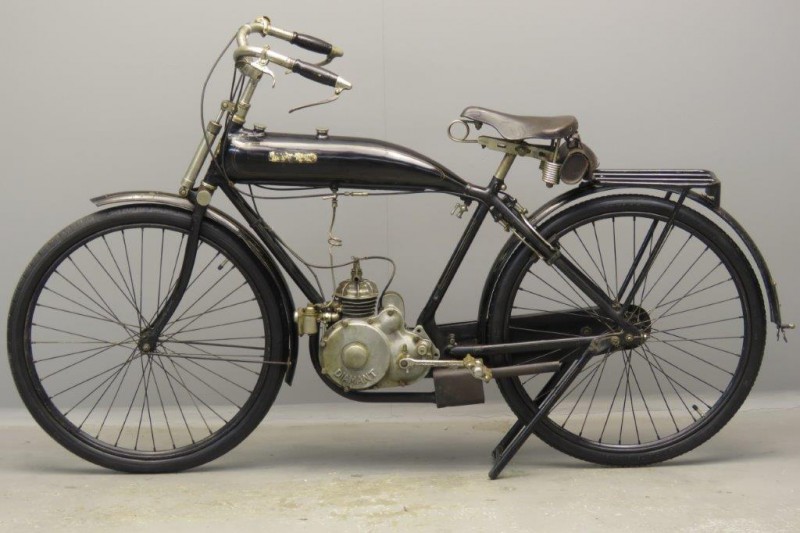 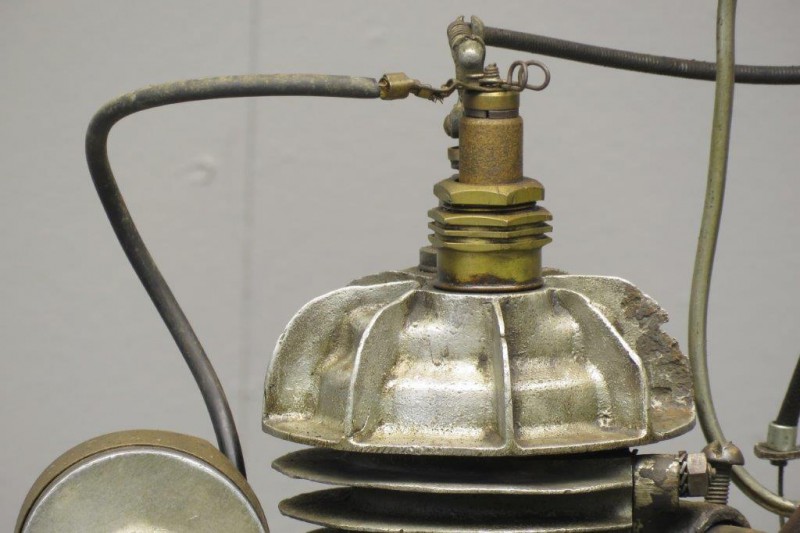 The business was started as a bicycle factory in the Paris region; motorcycle production was taken up as early as 1902 and throughout the years various types of engines were used.
In the late twenties the make was taken over by Alcyon.
In the autumn of 1922 the company brought out a cyclemotor with luxurious specifications and of advanced design.
The petrol tank is an integral part of the frame and the drive can be disconnected by turning a little knob on the left hand side of the engine.
Note the little tap at the back of the petrol tank.
This is connected to the oil compartment in the front of the tank.
When a new supply of petrol is needed, the rider can add the necessary amount of oil by filling a small container under the tap.
The cylinder head is screwed to the cylinder.
The little machine has two separate rim brakes on the rear wheel and is finished in black with gold lining.
It is a well-thought out and well built design but because of its relatively high price it was no commercial success and not many have been sold.