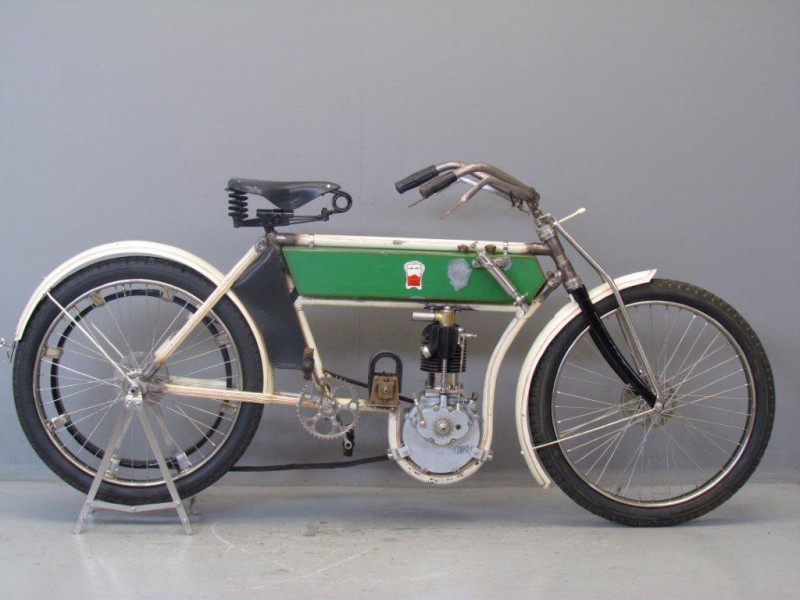 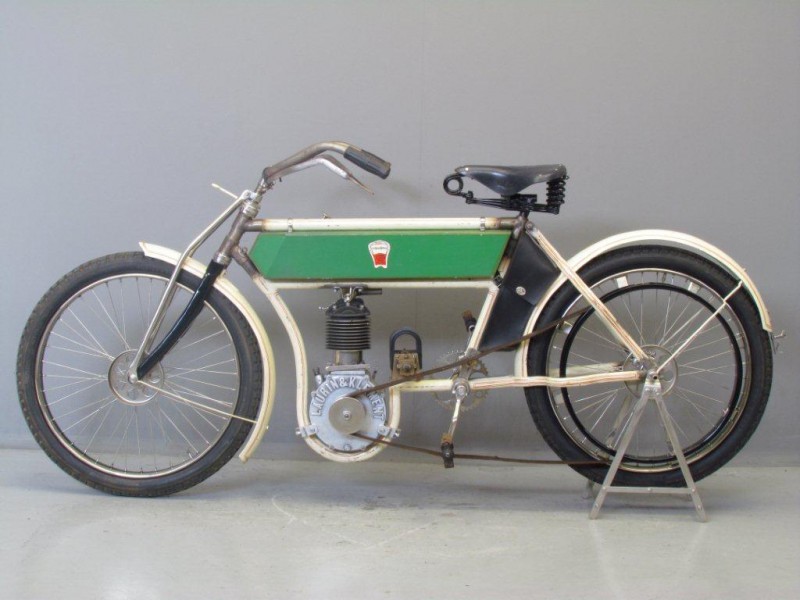 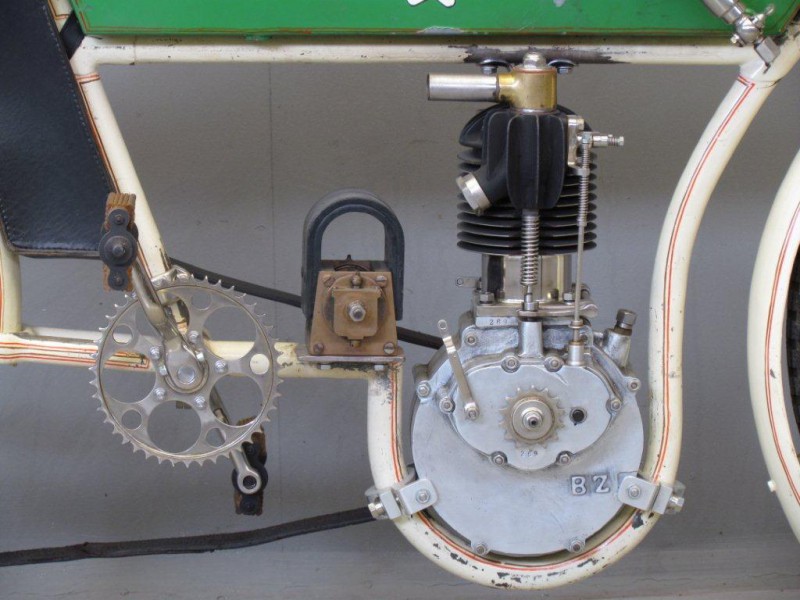 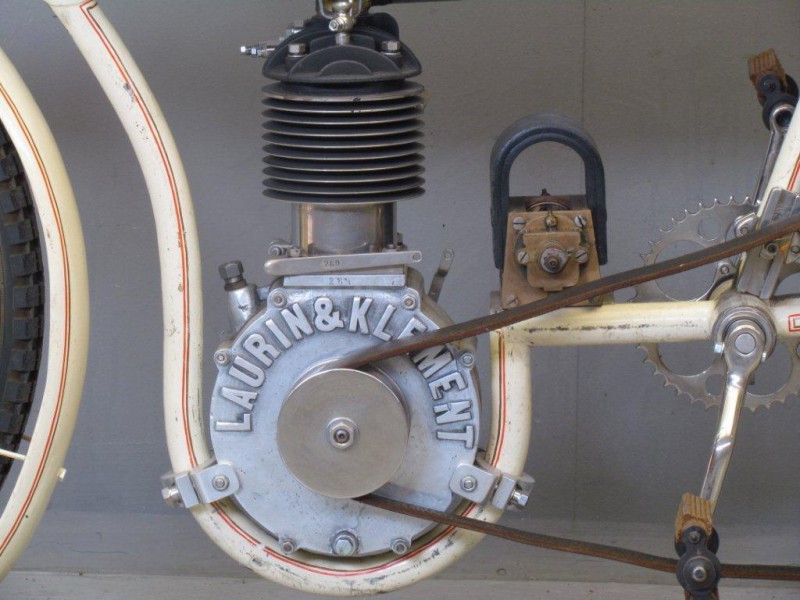 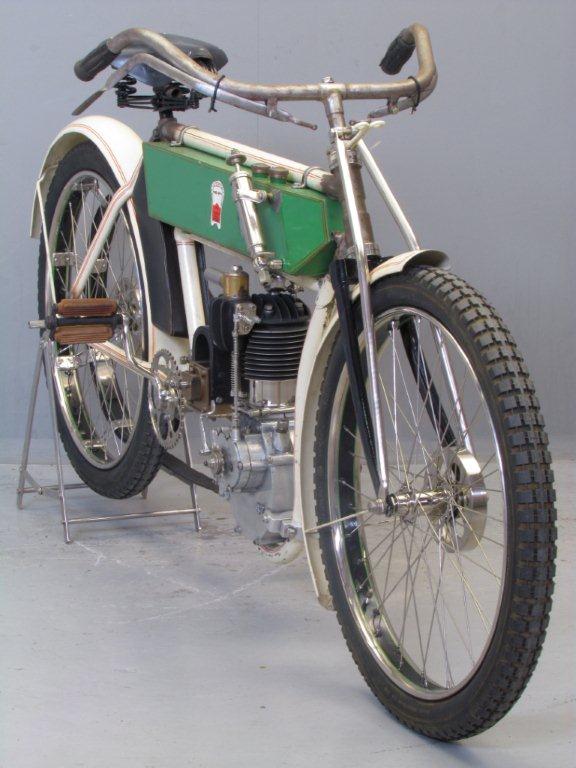 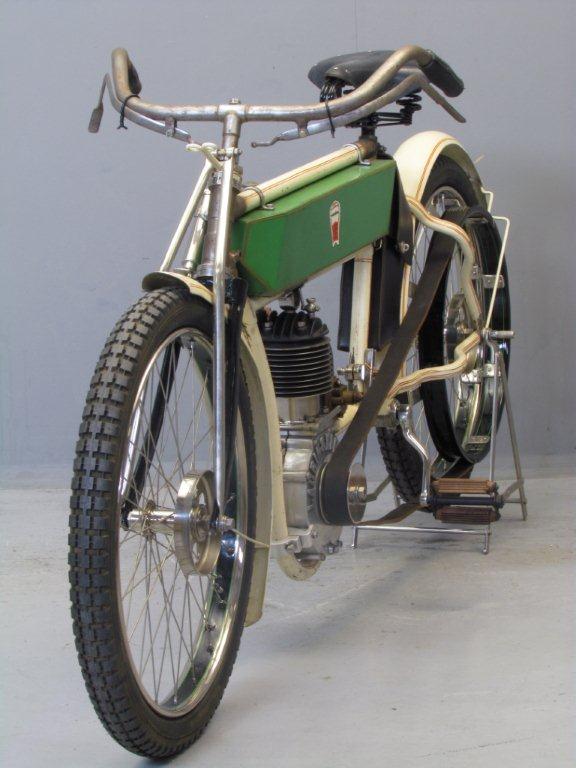 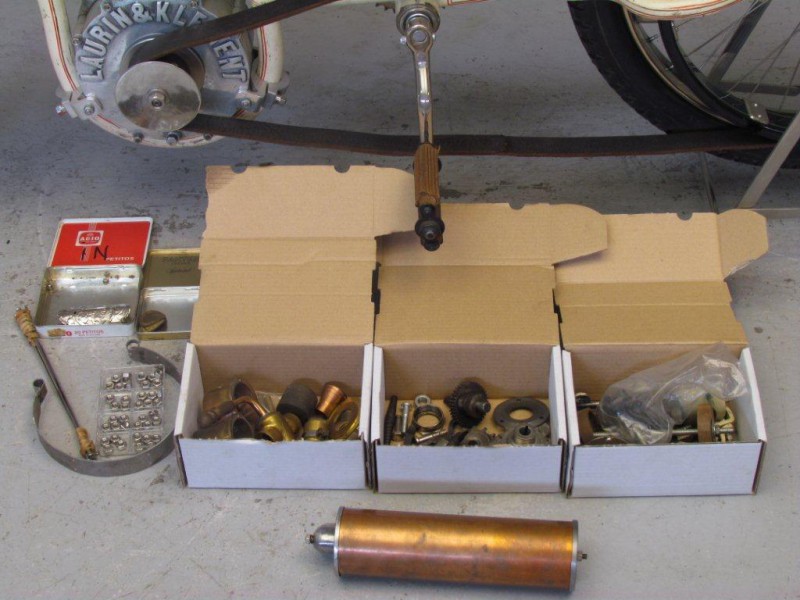 In 1894,  bookseller Vaclav Klement and  mechanic Vaclav Laurin opened a bicycle repair shop in the city of Mlada Boleslav, around 30 miles north-east of Prague.
They soon began to manufacture their own bicycles, and  after moving to bigger premises across the street they  started to produce motorcycles.
Their first machine was built along the lines of the front wheel driven Werner machine they had bought in 1898. Soon they experienced that the engine layout was not safe and  subsequent models  had the engine in a  more central position.
In 1899 the marketed machines also under the “Slavia” trademark.
They built single cylinder, V- twin and even four in line models and were very successful  in races for a  number of years.
In 1905 they built the first Czech automobile, the “Voiturette A”, which was soon to be accompanied by a range of buses and trucks.
Because of thriving business in car production it was decided in 1908  to end motorcycle   production.
The company also built aeroplane engines,  motor ploughs, petrol road rollers and stationary diesel engines on the Brons system.
During the First World War, Laurin & Klement was forced to switch to military production, but in 1918 they resumed manufacture of cars and trucks.
Financial difficulties led to the purchase of Laurin & Klement by Skoda in 1925.
This rare machine is an unfinished project, quite a few  parts have been purchased or  manufactured but are still in boxes waiting to be fitted.