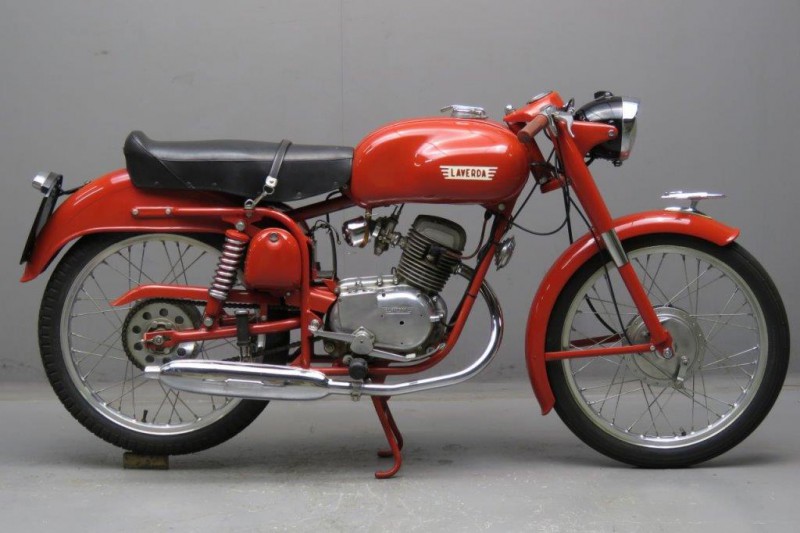 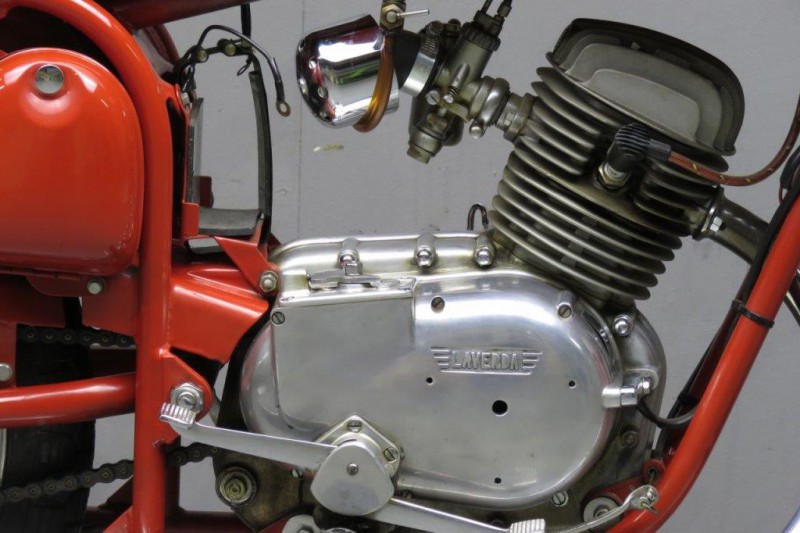 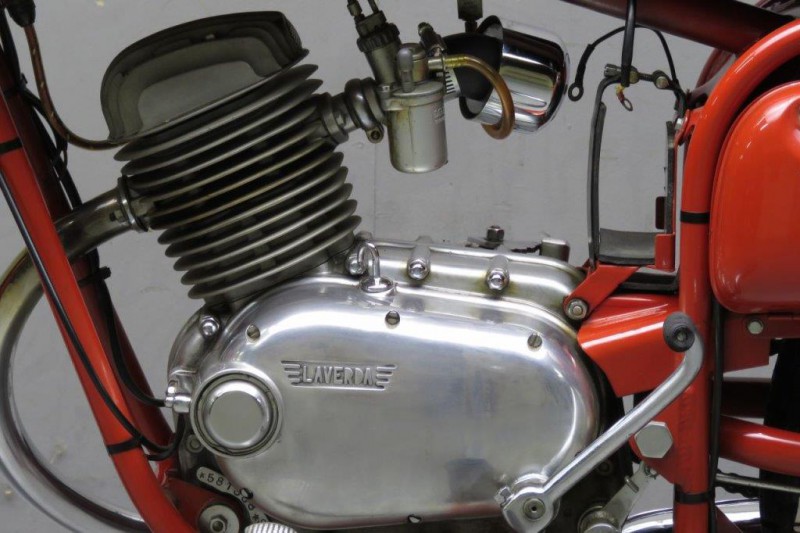 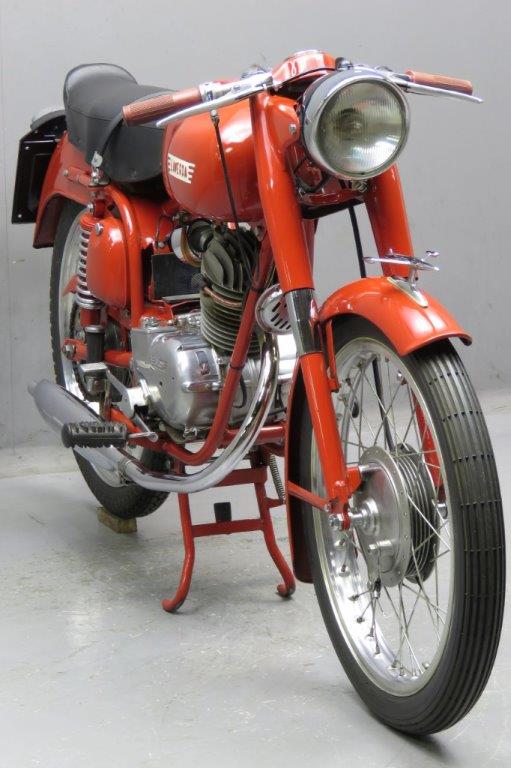 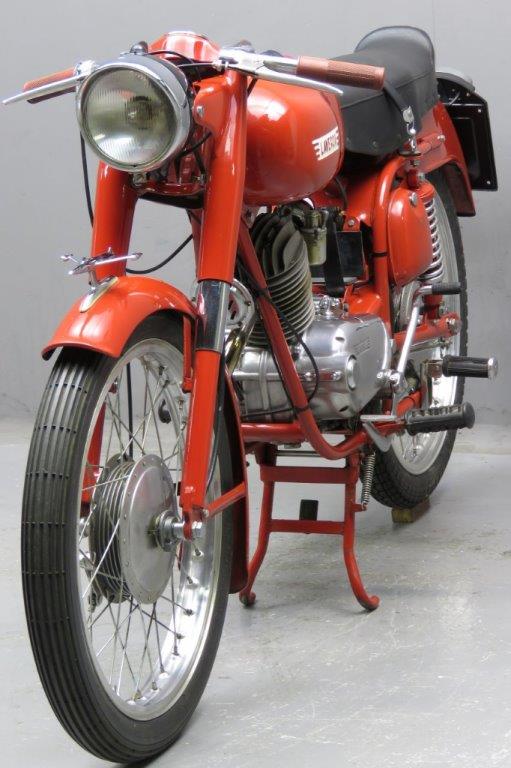 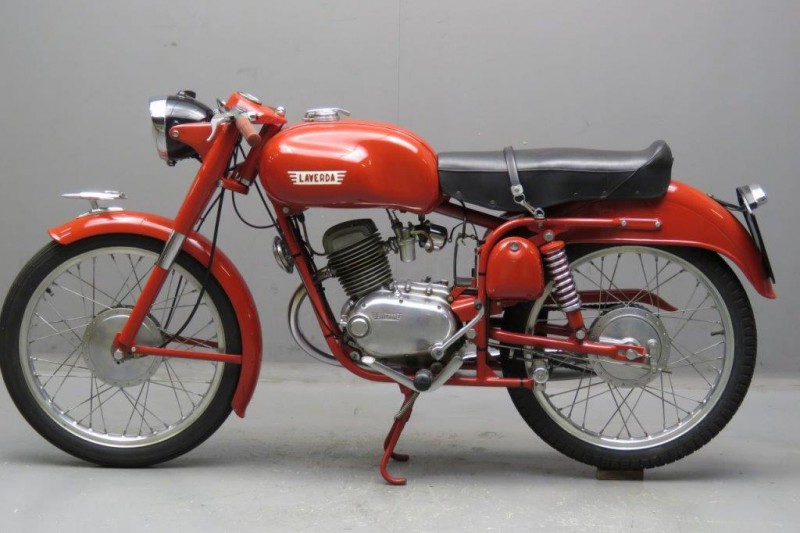 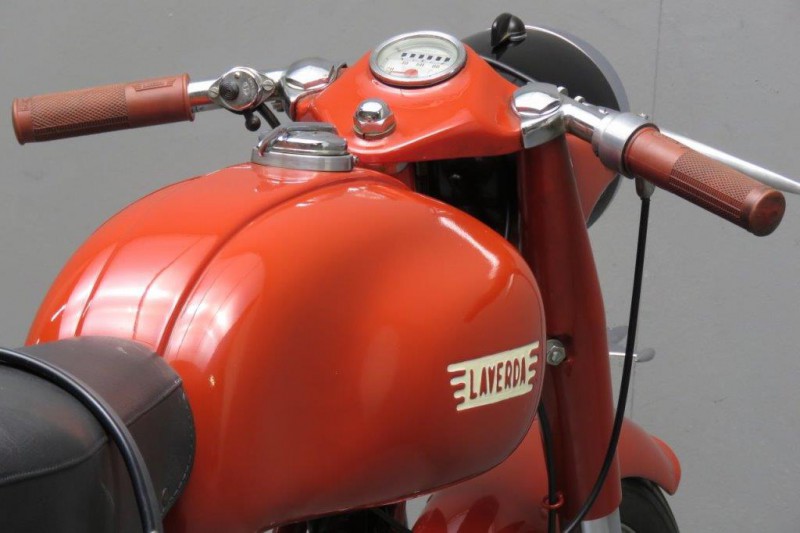 This model was one of the first motorcycles made by Laverda before they went on to bigger bikes.
In the time the smaller cc bikes were in production, Laverda was competitive in all the significant races: Moto Giro d’Italia, Cavalcata delle Dolomiti and Milan-Taranto.
By 1952, Laverda entered 20 bikes in the Milan-Taranto, and walk away winning the first five places in the race with their 75cc machine.
That bike would provide the template for the 100cc Sports model as offered here.
This Laverda is incredibly rare and even people with decades of experience in the Italian bike history did not know Laverda made this model.
|The engine is a, slightly inclined, single-cylinder 98cc pushrod overhead valve, ignition: Marelli magneto, Transmission: gear primary drive to three-speed gearbox; final drive by chain.
Drum front brakes and single drum at the rear.
It is sure to attract attention of serious collectors and it would be a most welcome entry in this year’s Moto giro d’Italia.
This rarer than rare Laverda is offered fully restored to a high standard and is in superb condition. Until recently this Laverda was part of a private collection in the Netherlands among a large collection of MV Agusta`s also offered by us.