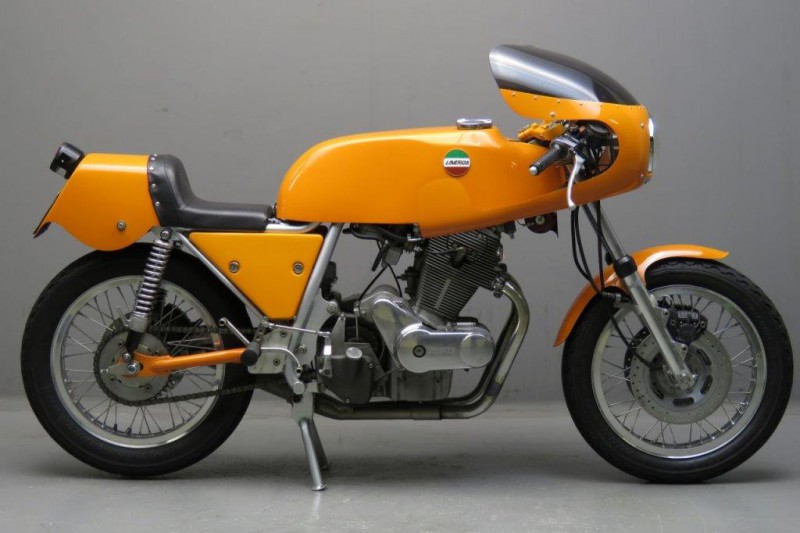 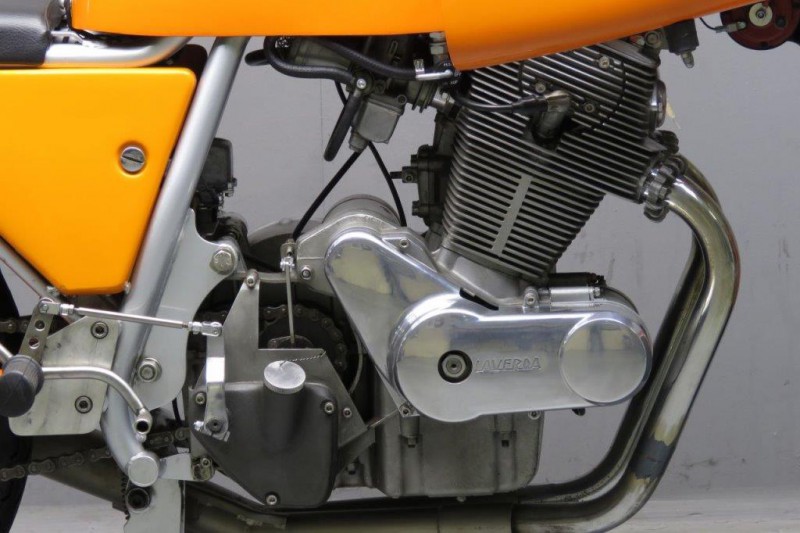 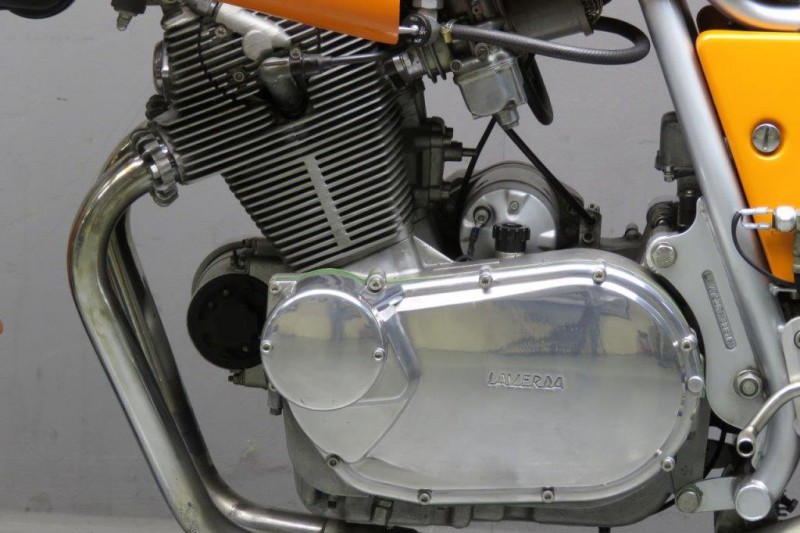 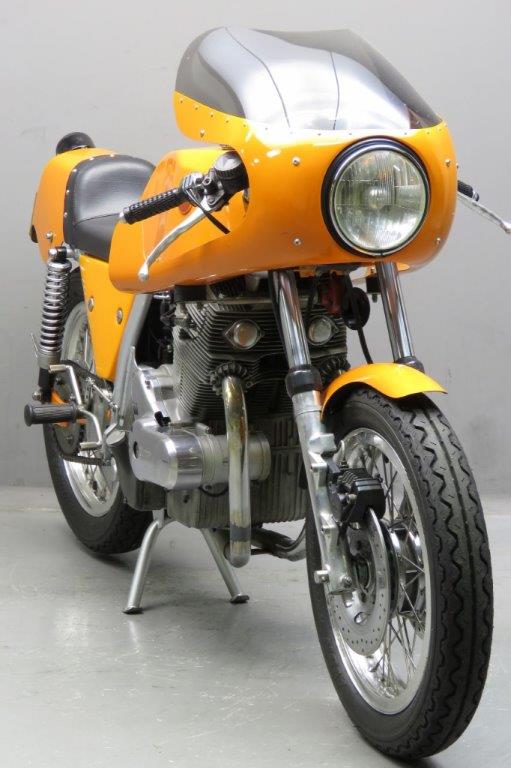 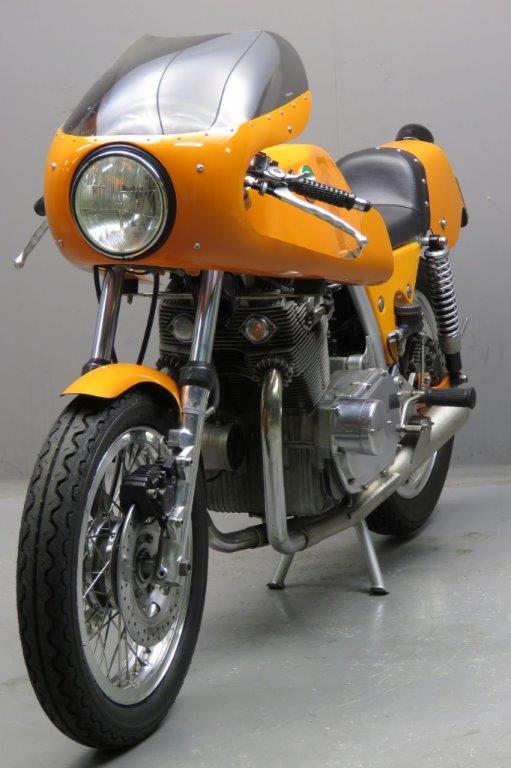 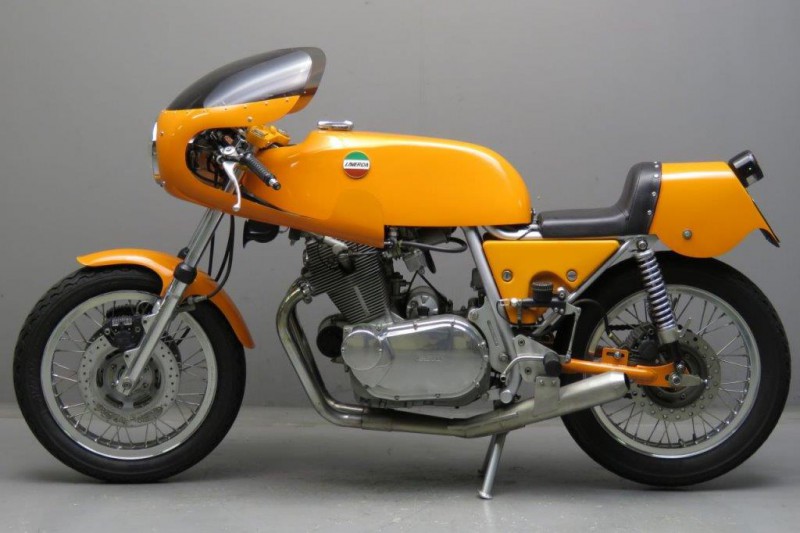 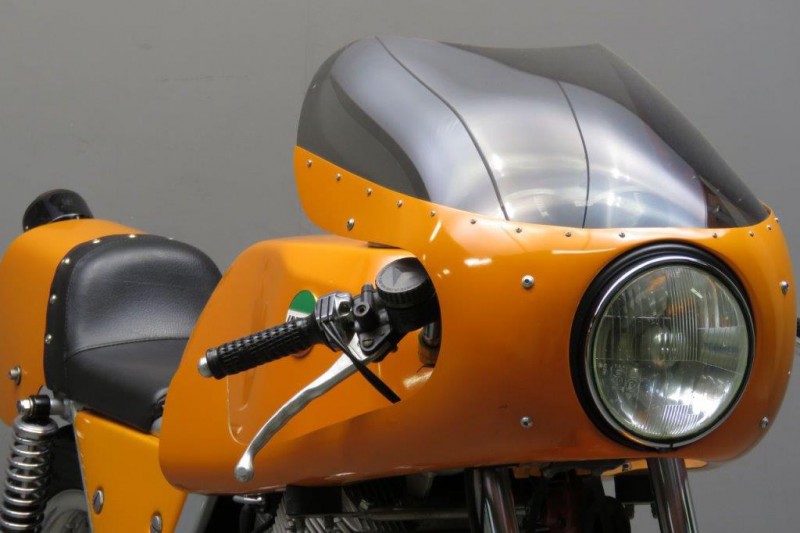 Founded in 1873, Laverda started out making farm machinery, only turning to motorcycle manufacture in the immediate aftermath of WW2.
Lightweights, scooters and mopeds formed the mainstay of Laverda production up to the late 1960s when the small Italian concern, hitherto little known outside its home country, astonished the motorcycling world by introducing a 650cc parallel twin. Launched in 1968, the latter was a controversial design, appearing to have been closely based on the Honda CB72 and CB77 twins. After fewer than 100 had been made the engine was taken out to 750cc and a team of 650 and 750 Laverdas duly walked away with the 1968 Giro d'Italia.
That first 750GT touring model spawned the 750SF sportster in 1971.
'SF' stood for Syper Freni (super brakes) and marked a switch from Grimeca stoppers to Laverda's own superior drum brakes.
Introduced at the same time, the 750SFC – Super Freni Competizione – was a thinly disguised racer that soon came to dominate the endurance races of the day.
Built in strictly limited numbers – only 549 were produced in five batches between 1971 and 1976 – the 750SFC production racer is today one of the most collectible of Laverda's early twins and thus highly sought after.

This example, a faithful replica of the SFC racer left the factory as a standard 750 SF and was carefully built to SFC specifications.
She comes with legal EU road registration and runs very well.